SXSW draws a crowd from all over the world. There are many countries that make an effort to have a known presence at SXSW. They may send a delegation of government officials, a gaggle of musicians to perform or even set up elaborate pop-up events to draw attention to their country’s innovation and accomplishment. 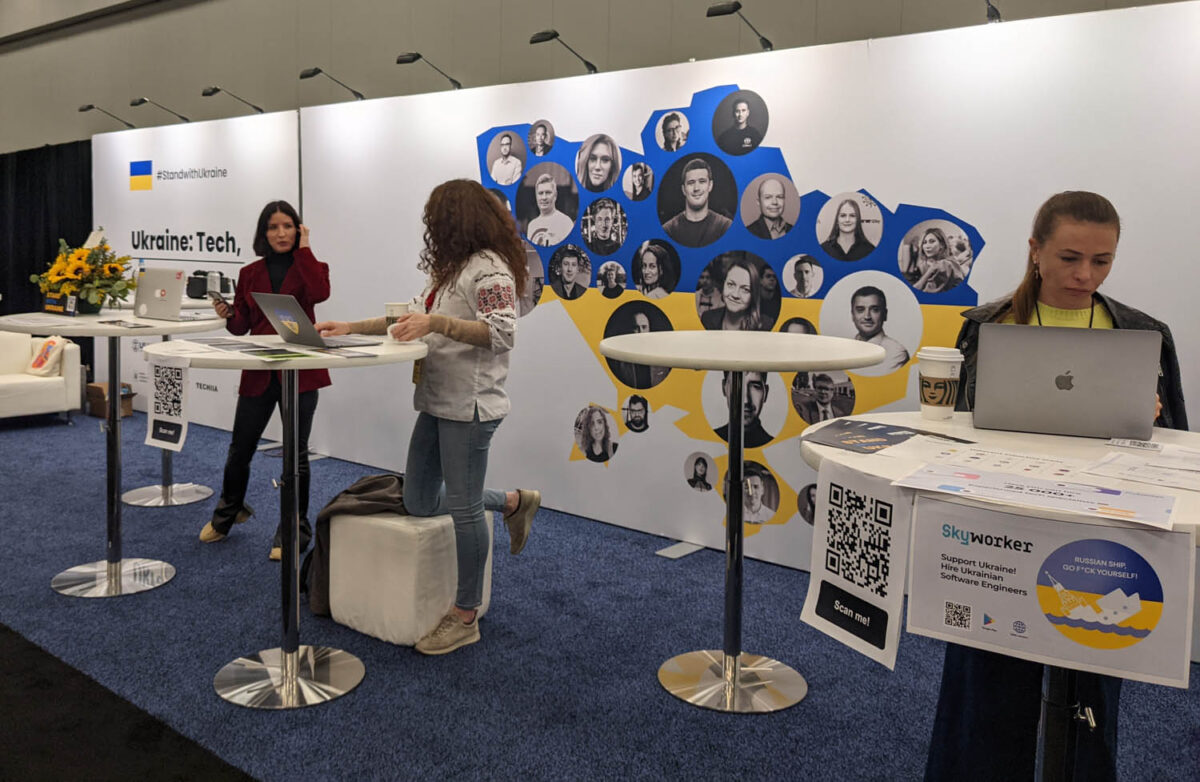 This manifests in things like “Australia House” the multi-day popup on Rainy street that combines sessions on Australian technology and culture with live music. Another popular one is the UK house at SXSW, home of the British Music Embassy as well as panels, sessions and networking events. Even Tulsa, Oklahoma joined the game with a multi-day popup to bring awareness to the existence of creativity and culture in Tulsa.

2022 was going to be Ukraine’s first year at SXSW. However, recent events have altered those plans. Some representatives from Ukraine at the SXSW Creative Industries Exhibition still managed to make it to SXSW and have made a meaningful impact at SXSW this year.

I spoke with Diana Rakus, from the “Ministry of Digital Transformation of Ukraine,” at their official booth. Even getting to SXSW 2022 required some unusual efforts by the Ukrainians. Rakus explained that  “The sky is closed in Ukraine, so we had to get to at least Poland. But we decided to choose Germany. So, I drove the car to Germany and then from Germany, I had a flight.” Apparently, her way back home will have similar difficulties. She plans to fly “from here to somewhere in Europe and then from Europe…back to Ukraine.” 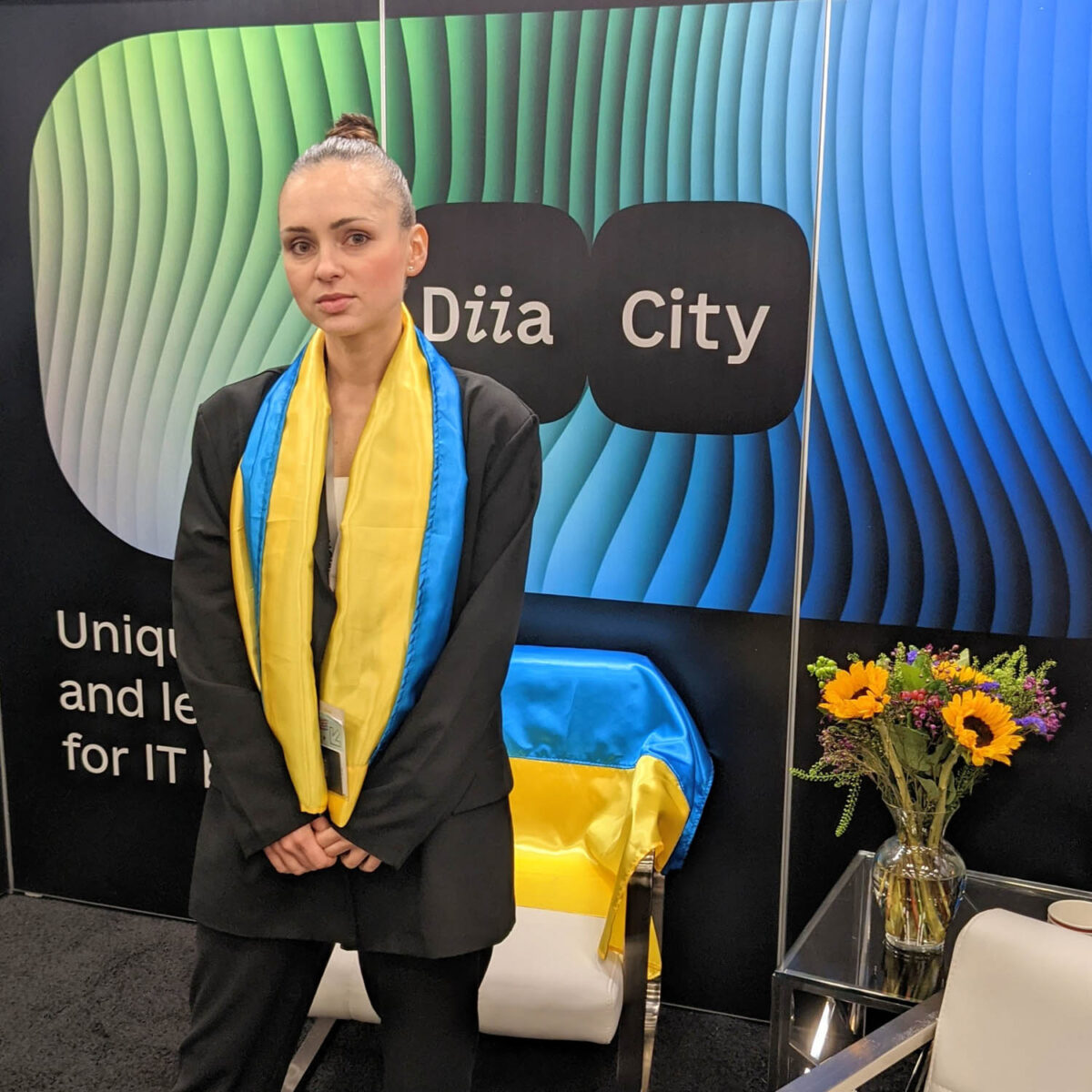 She believes the efforts are “worth it.” Rakus says that “during these four days we’ve already met hundreds of people” who are interested in either doing business with Ukraine or finding “ways to support Ukraine.”  She sees this as “a great chance for us to present ourselves and also to encourage people to be involved in the process and to support Ukrainians.”

From her perspective, “Ukraine is standing not only for our country but for the democracy of the whole world.”  She gives her summary of a recent UN court decision: “the invasion of Russia into Ukraine is illegal and they said that Russia should immediately leave our country.”

Plans to bring Ukraine to SXSW were actually started last fall. Rakus says that they had chosen “six Ukrainian startups who had to be presented here, but unfortunately they couldn’t leave the country due to all the things here.”  She herself was “the only one from the ministry who was able to come “

The original goal was to work with the “whole of Europe.”  Ruckus describes aspirations for Ukraine to become the Information and Technology Hub for “at least, Europe and hopefully even the world.” They came here to find ways to make “Ukraine attractive for foreign companies and foreign investors” and show them the opportunities available in Ukraine.  She cites “low taxes” and “comfortable conditions for hiring people” as some of the potential draws of Ukraine.

She explains that despite everything that has happened “we decided not to lose this chance.” It had been planned “far ahead of the beginning of the war.” So they came here “to come and talk to as many people as we can, just to be heard and to show that we already have a lot of things to be proud of.”

She talks about recent progress made by the “Ministry of Digital Transformation of Ukraine,” “the main body responsible for policymaking.” This year, they have been focusing on “four spheres of improvement.”

The first sphere is to “digitize all government services.” They have web applications for people to access some government documents such as ID cards or vaccination certificates. They also have other online services that allow people to get what they need without having to go to authorities in person.

Another sphere they are working on is increasing broadband and “guaranteeing that all essential infrastructure is covered with broadband. The third sphere is raising literacy rates for Ukrainian citizens, in part, to help with their ability to access these new online services. The fourth sphere is continuing to develop the IT industry.

The neighboring booth at the convention hall was originally designed to showcase the six Ukrainian startups, eager to show themselves to the world of SXSW. The area is eerily empty and contains a number of unoccupied tables and a large map covered in pictures of people who planned to be here.

I spoke with Hannah Zenn, Co-Director of Startup Grind Kyiv, about Ukrainian companies at SXSW and the experience of a Ukrainian in the spring of 2022. 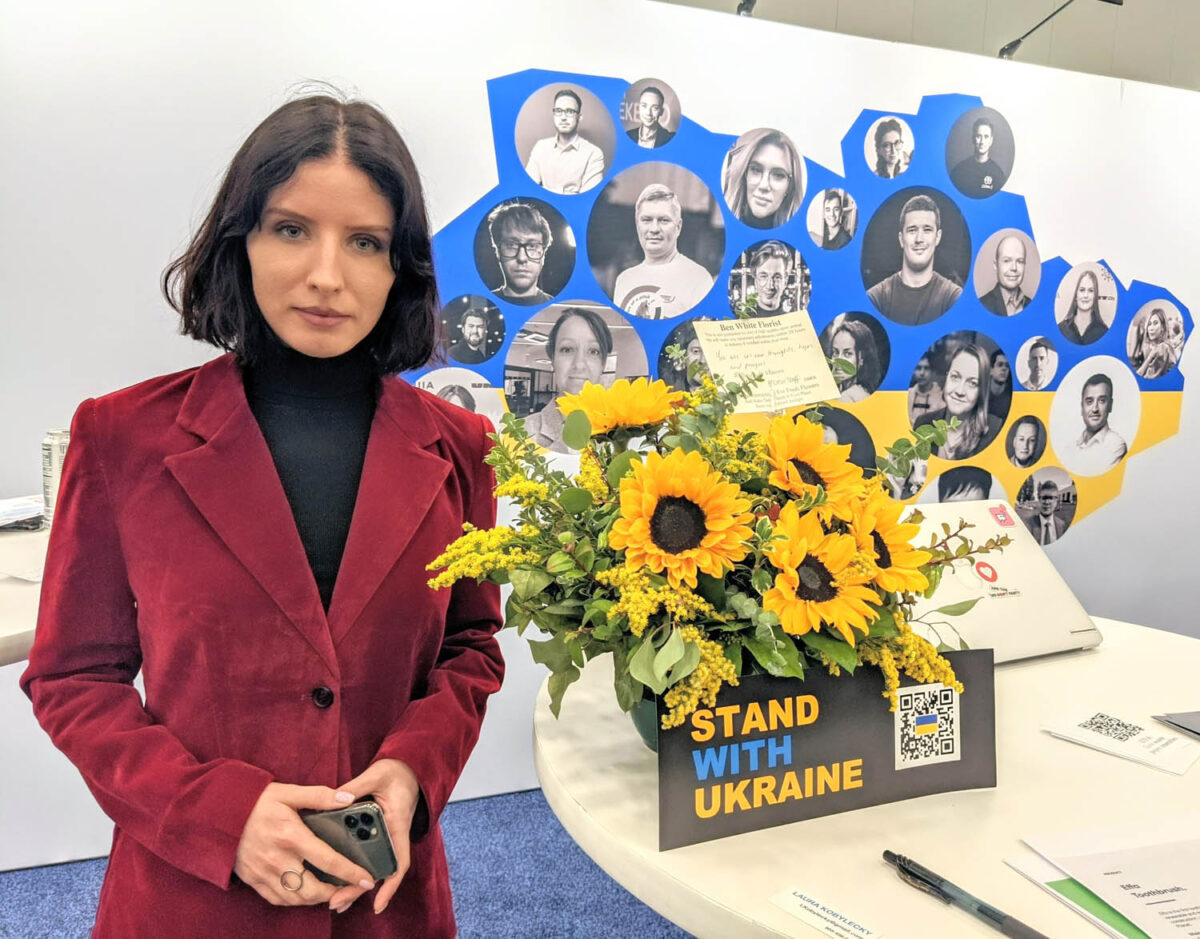 She explains that they had come “to showcase different types of products.” They had everything from sustainable toothbrushes and sustainable fashion brands to lighting apps for concerts and “apps to match tech specialists with companies.” These companies have had to “adapt” in order to “actually keep up their work.”

How did they adapt? Zenn says “they mostly relocated to safer places” like “the western part of Ukraine.” She describes the area as “also bombed” but “kind of okay,” in that it isn’t entirely safe, but there is enough “calm time” to allow people “to focus on their work.” This area has internet access and allows for a “connection with all the teams we planned to have here.” This connection allows them to continue “checking out whether everyone’s okay.

She says that the Digital Ministry of Transformation had done a lot to help support this mission to share Ukrainian startups.  She mentions that the “Ukrainian community here in Texas” was helpful as well. Zenn describes herself as “lucky and very happy” to be able to come here and speak up for those that could not attend.

She also says that: “We’re getting used to what’s happening. It’s not something you expect in this century. You just wake one day and… your city is bombed, buildings next to you are bombed… It’s just, you can’t imagine that.”

She explains that Ukraine has been getting a lot of support from people here at SXSW. People are creating different initiatives or finding other ways to support. This includes things like “creating messages about what’s really happening.” She describes the situation in Ukraine as “terror, happening in my homeland” and expresses frustration with people who doubt the situation she is experiencing.

Zenn states that she is personally from “one of the cities that is super heavily bombed.” But that there are people who doubt that “civilian houses are bombed,” despite there being “six hundred civilian houses.. buildings… not even just, like, small homes, but buildings that are already ruined.” 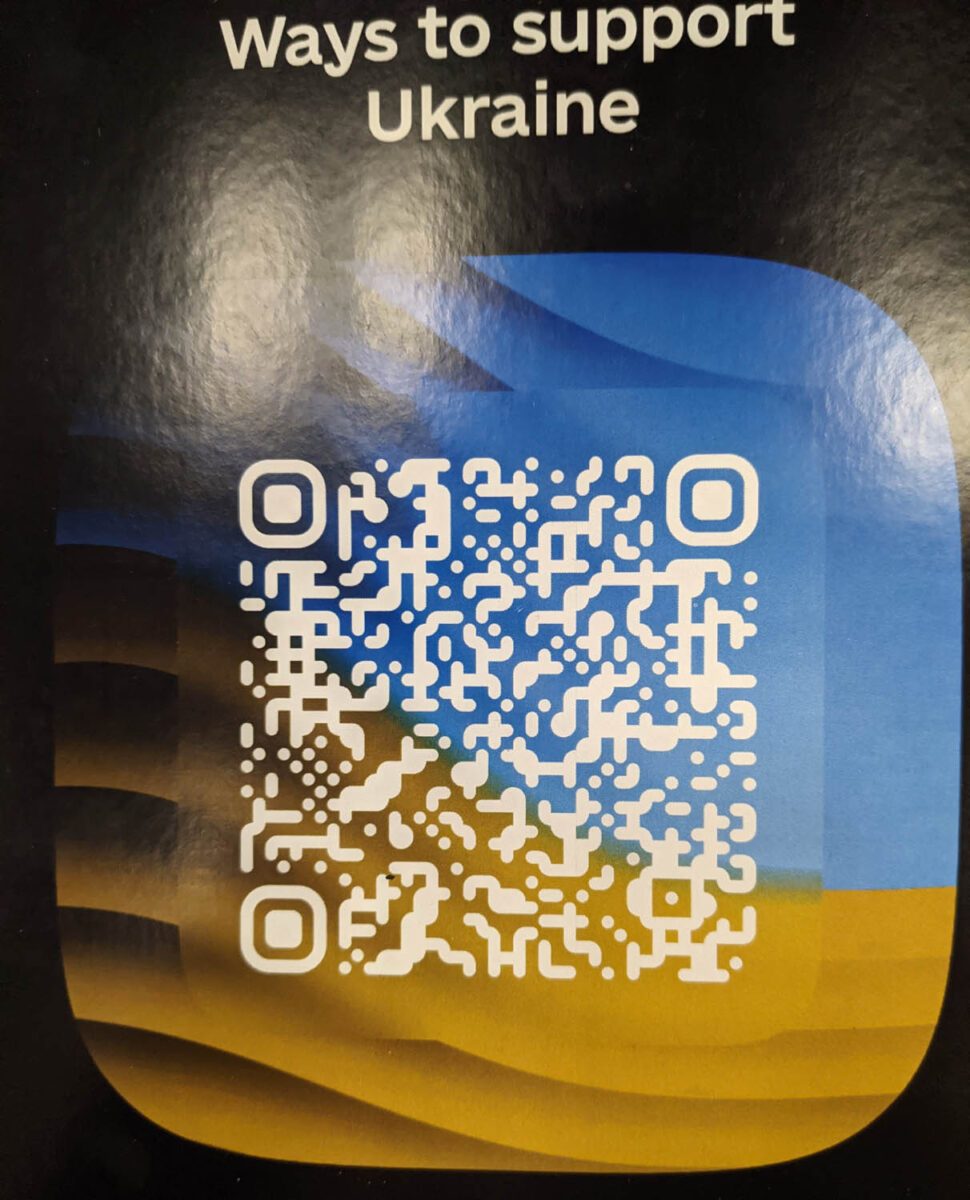 And that strength is already being shown in how “companies are adapting to this new reality.” She emphasizes the importance of getting clients and investments and retaining partnerships that are already built, because this affects the lives of people. She explains that these people have “something to create” and “they have responsibility and they actually try to help their teams and employees and partners who are in Ukraine.”

Zenn sees this “engagement” in work as one of the things that actually helps people stay strong enough “to go through this.”  This work offers the chance to “do something” and “separate your emotions” while focusing on “this practical side” of things.

Zenn positively summarizes her experiences here at South by Southwest, saying that “we met so many people that are really, really supportive and that’s incredible, that gives a lot of energy.” She lauds the persistence of Ukrainians, stating her assurance that “we will rebuild everything.”

She also says that “I’m sure Ukraine will be back at South By next year…we’ve just discussed it, next year we can be here with all the teams.”

The startups that would have been at SXSW 2022 are: