How do we tackle the challenge of making educational technology that works for everyone?

According to UNESCO, 264 million children do not have access to schooling, while at least 600 million more are “in school but not learning” constituting what the World Bank calls a learning crisis.

This is the problem that drove the Varkey Foundation to create the Next Billion EdTech prize, which recognises leading EdTech start-ups making an impact on education in low income and emerging economies. 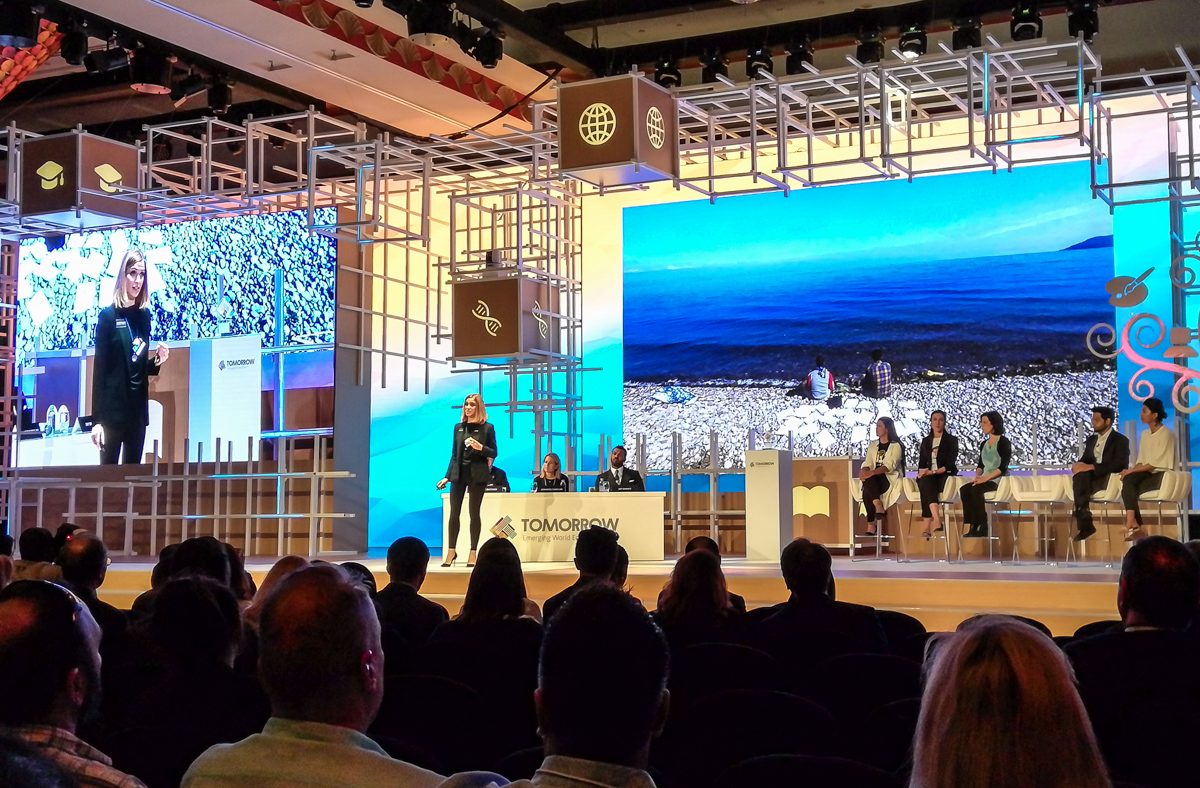 The three finalists - Dot learn, Chatterbox, and TeachMeNow were each awarded $25,000 and the opportunity to pilot their tech in partner schools Click To Tweet

Awarded to “the most innovative technology destined to have a radical impact on education in low income and emerging world countries,” the competition saw over 40 start-ups from all over the world pitching to a panel of judges including venture capitalists, philanthropic investors, experts in EdTech and learning sciences, and senior education policy makers.

“The new wave of EdTech is clearly about to hit its stride,” said leading judge and TechCrunch Editor-at-Large Mike Butcher. “It was clear to the judges that emerging market EdTech is going to be one of the hottest tech sectors in the world for the next few years. The majority of the start-ups we saw during the competition clearly have enormous potential. It’s fantastic that GESF is throwing the spotlight on this exciting sector.” 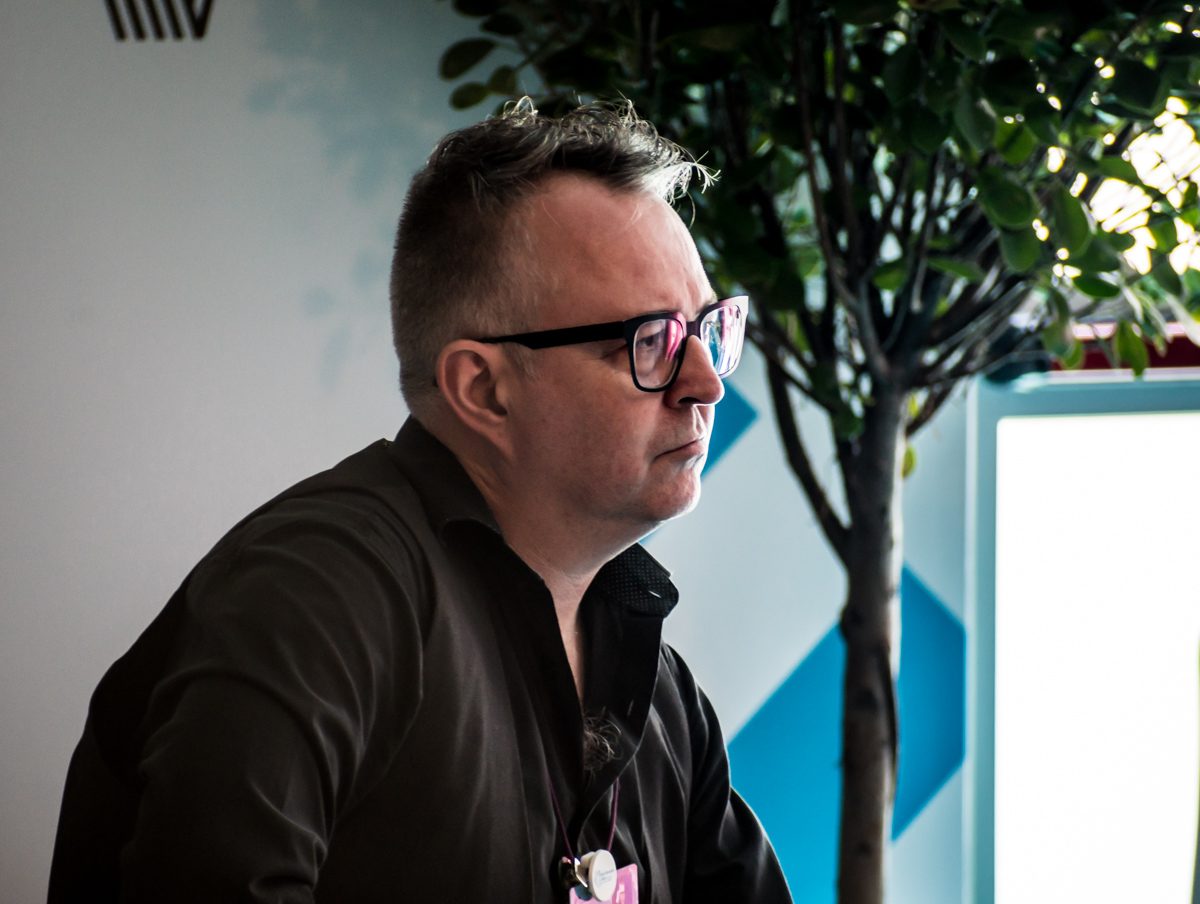 The prize identifies, spotlights and celebrates the world’s leading EdTech start-ups that have shown through ingenuity and innovation that they can improve learning in parts of the world where there is limited access to good quality teaching.

Over 40 start-ups from all over the world pitched to a panel of judges including venture capitalists, philanthropic investors, experts in EdTech and senior education policy makers Click To Tweet

“Over a billion young people – a number growing every day – are being denied what should be the birth right of every single child in the 21st century, no matter where they live: a good education that allows them to make the most of their God-given talents,” says Sunny Varkey, Founder of the Varkey Foundation. 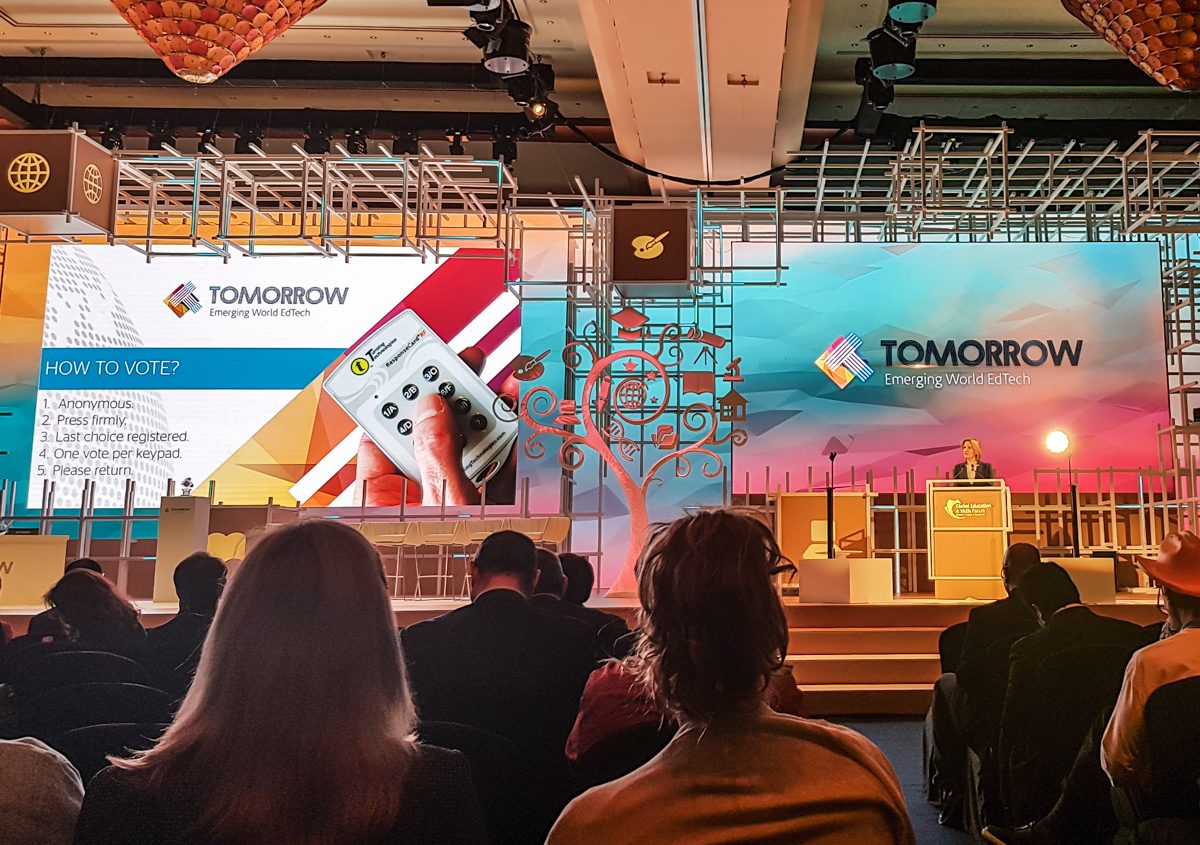 “We have launched the Next Billion Prize to highlight technology’s potential to tackle the problems that have proven too difficult for successive generations of politicians to solve. Our fervent hope is that the prize inspires practical and persistent entrepreneurs the world over to come forward with fresh tech ideas. These ideas must be hardy enough to improve education in regions where young people are denied access to a good quality teacher and a great learning environment”.

The three finalists – Dot learn, Chatterbox, and TeachMeNow were each awarded $25,000 as well as the opportunity to pilot their technology in partner schools in Western Cape, South Africa. The overall winner – UK-based start-up Chatterbox – was then chosen by popular vote by delegates at the Global Education and Skills Forum (GESF) which took place last weekend in Dubai.

Chatterbox is an online language school which harnesses the wasted talent of unemployed professionals who are refugees, offering them work as on-line and in-person language tutors. The problem it solves is not only that of refugee unemployment and integration, however; In the United Kingdom alone, language skills shortage are estimated to cost the economy £48bn every year, so the services the platform provides are very much in demand. So much so, in fact, that the company already counts several universities, major non-profits and corporations in the country among its clients. 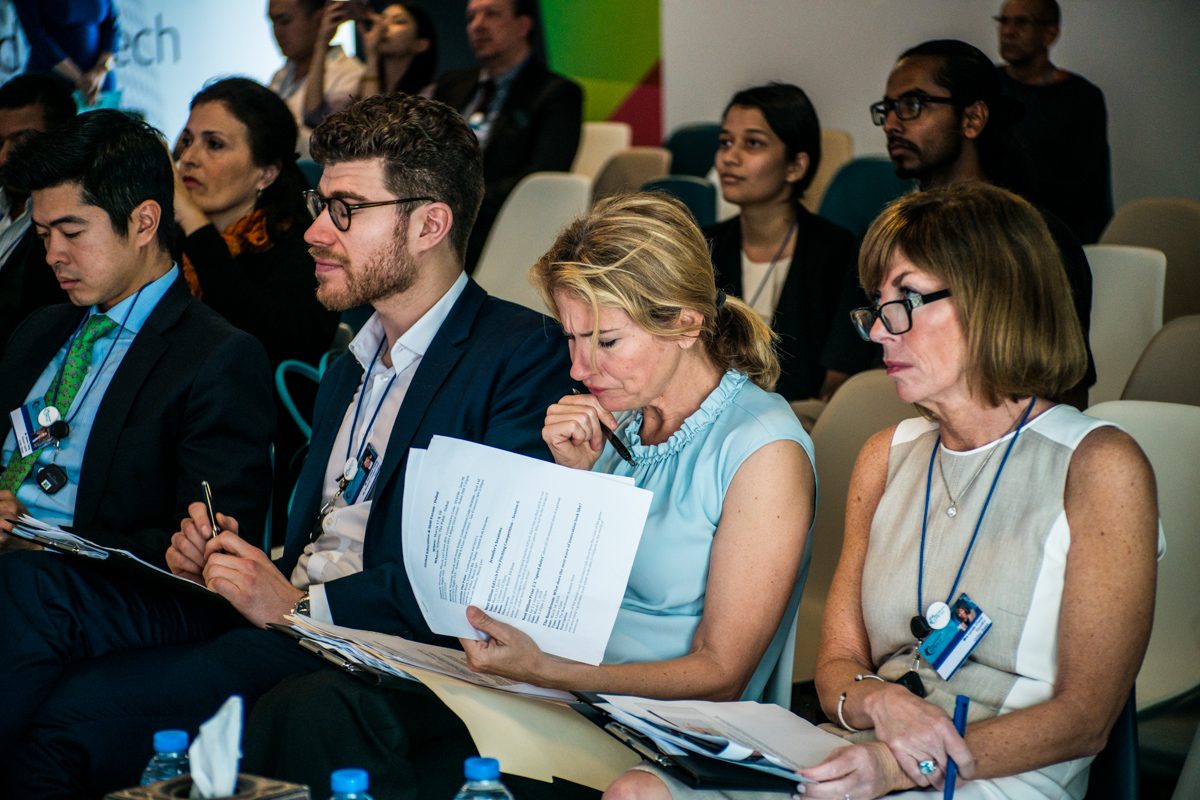 “I was three years old when I arrived in the UK as a refugee with my mum Patuni. She was a civil engineer who spoke English and three other languages fluently,” recalls Chatterbox CEO Mursal Hedayat. After we had to leave Afghanistan because of civil war, I watched her become unemployed in the UK for more than a decade. Refugees with degrees and valuable skills still face shockingly high levels of underemployment. An idea like Chatterbox has never been more urgently needed,” she concludes.

Fellow finalists Dot Learn, which is located in Nigeria, makes online video e-learning accessible on slow, expensive Internet connections for users in low-income countries. Its technology reduces the file-size of learning videos, requiring 1/100th of the bandwidth to watch. At current data prices in Kenya and Nigeria, this means a student or learner can access 5 hours of online learning for about the cost of sending a single text message ($0.014). It offers content providers the opportunity to reach potentially billions of users for whom online learning would otherwise be impractical or ruinously expensive. 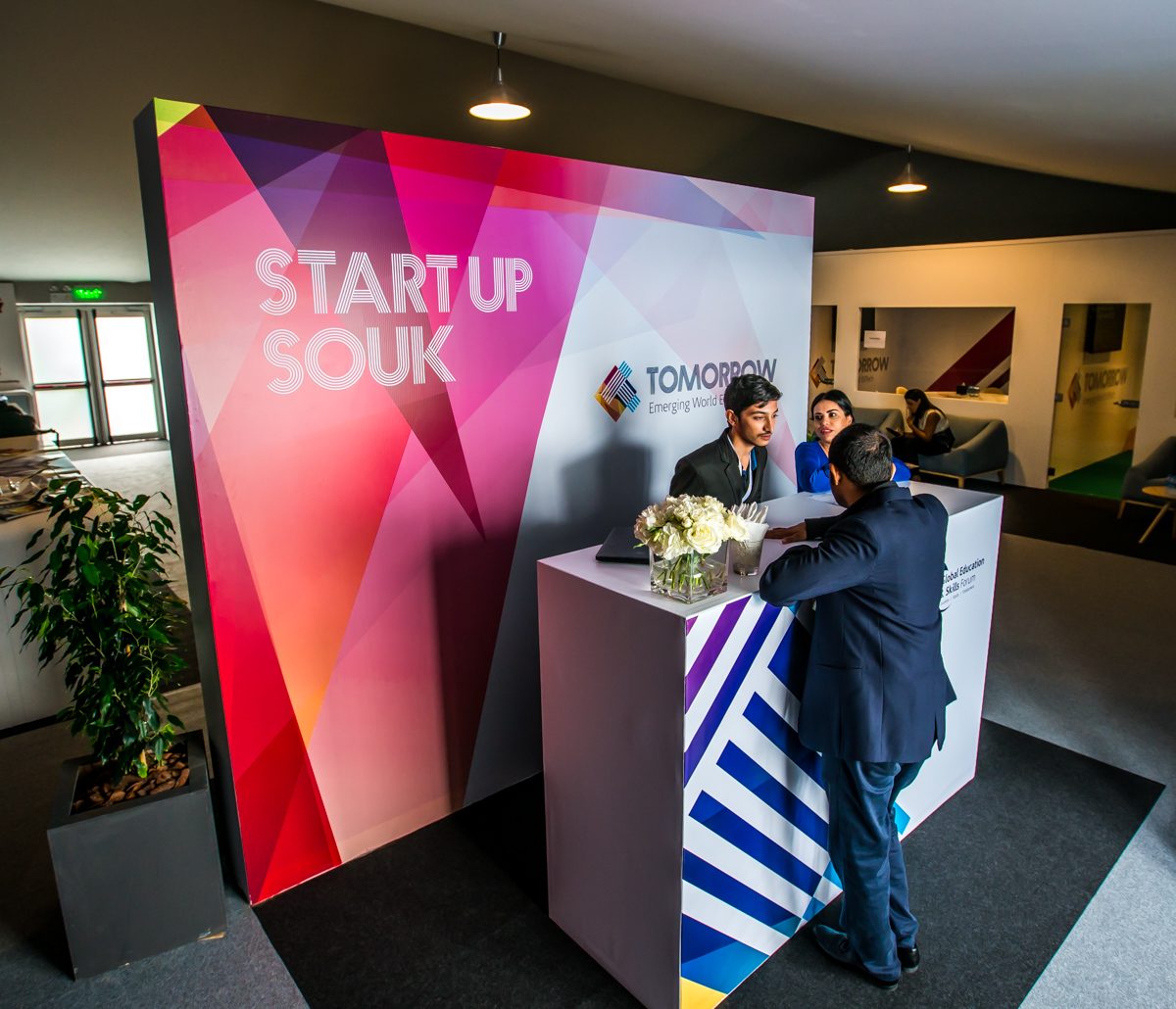 Another positive aspect to emerge from the competition was the diversity of backgrounds among the competing start-ups. Of the six finalists to pitch on Sunday, five were led by female founders.

TeachMeNow Managing Director Thea Myhrvold agrees that this diversity is of crucial importance: “As a female entrepreneur, I felt it was important to create positive stories for and from the Middle East. That’s why I came back to the UAE to start TeachMeNow. The first class using our technology had a Venezuelan teaching Spanish to a Saudi student. Now, we empower tens of thousands of teachers, entrepreneurs, schools, institutions to reach students all over the world.”

Of the six finalists to pitch on Sunday, five were led by female founders Click To Tweet

The prize was the focal point of Tomorrow, a new EdTech summit which took place for the first time at GESF. 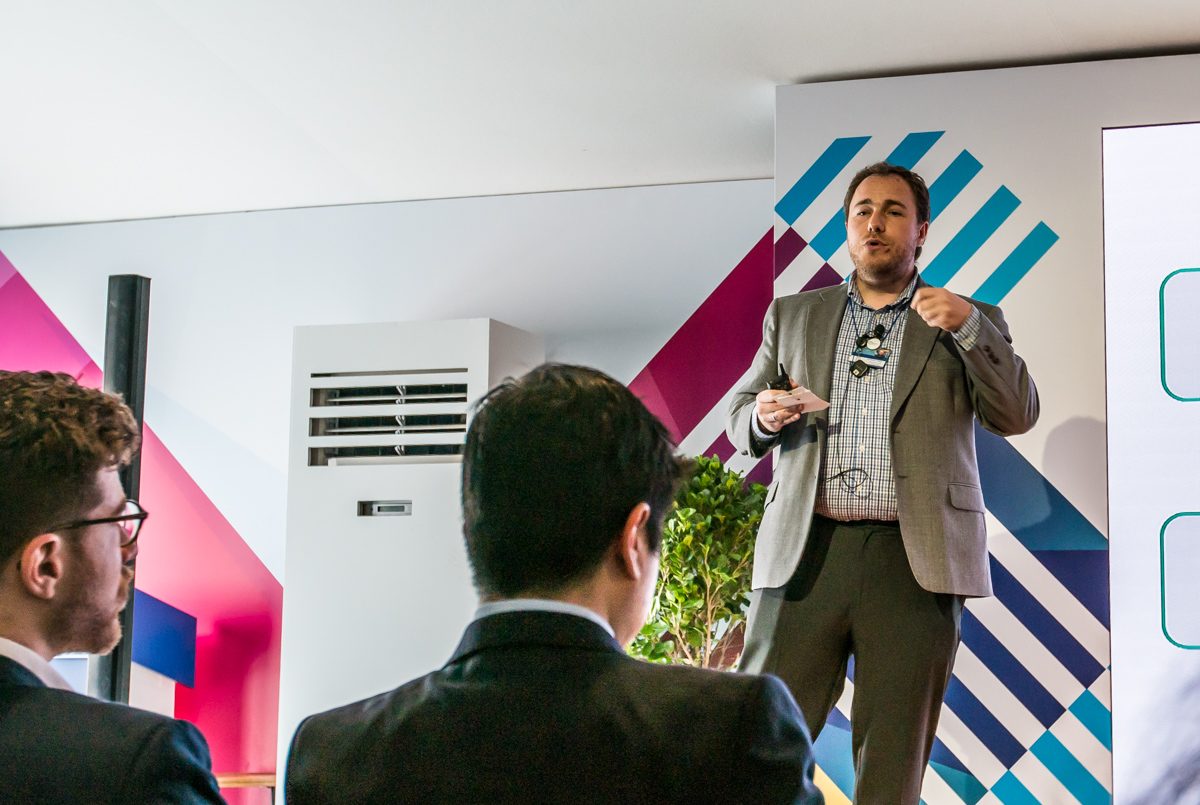 According to Sunny Varkey, this was be the first EdTech summit in the world which joined the most important players from the spheres of education and technology together, giving start-ups access to every type of stakeholder – from Silicon Valley venture capitalists to former and current education ministers, foundations, academics and the world’s best teachers. “They can draw on their expertise and support to build products that will work as well in the classroom as they do in an elevator pitch,” he concluded.

This article was originally published on IDG Connect

Scaling EdTech to reach the next billion learners https://t.co/haICbWfc8R via @CIOonline