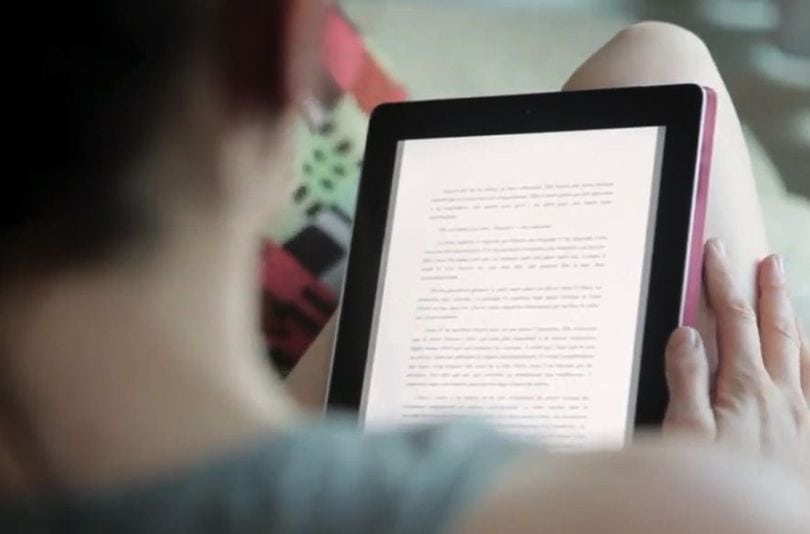 In this Wired article I delve deeply into new technology that promises to bring a whole new kind of enjoyment to reading.

As the story unfolds, the device vibrates accordingly, so that in steamier moments the rhythm ramps up but the user can also replay a sequence or adjust the vibrations according to their mood Click To Tweet

Christel Le Coq – and yes, that’s her real name – is CEO and Founder of E.Sensory. She could perhaps be best described as an up-and-coming “sexpreneur” and her small start-up based in the French town of Brest – again, no joke – looks set to take our enjoyment of reading to a whole new level.

As the story unfolds, the device vibrates accordingly, so that in steamier moments the rhythm ramps up but the user can also replay a sequence or adjust the vibrations according to their mood.

But what if you want to use it with your own favourite eBook?

“That’s a bit different,” explained Le Coq. “Each woman reads at her own speed, and at the moment we can’t use eye tracking or page turning features to detect this, since they vary according to screen size. So instead we put in some interactive elements such as text blurring, so that you have to touch the screen to reveal the paragraph, and that then triggers vibrations that go with that part of the story.”

Or if you’re not in the mood for reading, you can just play around with the remote and enjoy the 10 different settings. The next version of the app will also have features that allow for a vibrating message service, and the ability to give control of the device to a partner over both short and long distances.

But how exactly does one end up designing sex toys for a living? Le coq told us me it all came from an early love of books: “When I was six, something fantastic happened to me: I learned to read. At that moment my life changed, because I understood I would never be bored again. To me, reading meant knowledge, independence, and freedom. I remember reading this book called The Parfum by Patrick Suskind, and when he described the violet fragrance, I actually smelt it. That’s when I realised that words, had this power to not only make you cry, dream and laugh, but also to physically awaken your senses.”

It was only natural, then, for her to find herself working in publishing, where she started experimenting with new technologies such as QR codes, image recognition and even augmented reality to enhance the experience for readers. However, the French are nothing if not romantic, so it wasn’t an easy sell to convince them to read in those digital formats. The feel, touch and even the smell of the paper form part of the enjoyment, so how can a sterile tablet or smartphone ever hope to compete with that tactile, sensual experience?

“I began to ask myself how I could enhance the digital experience, and give this content a real physical dimension? How could we transform emotions into sensations?” Le Coq continued.

If you’re not in the mood for reading, you can just play around with the remote and enjoy the 10 different settings Click To Tweet

The team is also working with Spanish Research Centre Eurecat to explore how smart textiles could push this interactivity even further by collecting data such as heart rate and body temperature from users and reacting accordingly.

“We’re defining a palette of digital sensations – heat, pressure, vibrations – we could convey through those garments,” said Le Coq. “Just imagine if, with the same connected piece of clothing you could feel the rhythm of your favourite song on Spotify, James Bond’s heartbeat as you watch a movie, or the warmth of a fire as you read a passage of a book on your Kindle.”

The possibilities are literally titillating.

All the hard work does seem to be paying off, as B.Sensory were awarded the CES 2016 Innovation Award and by January already had pre-orders from more than twenty different countries. Le Coq is excited about building a global community of readers in many different languages (versions and content in Portuguese, German, Spanish and Italian are planned to launch in coming months) as the first batch of Little Birds start flying out to their eager customers this week.

You can place your own order on the site now for $129, and  users won’t have long to wait for an English version of the app, though, which is set to launch next month, with a library of content to follow in November. In the meantime, this could be a really good excuse to brush up on those rusty French skills. Sure puts a new spin on “où est la bibliothèque?”

An earlier ad for The Little Bird quipped that: “One Swallow Doesn’t Make a Summer, but a Little Bird Does.” Innuendos aside though, this could start a feminist revolution in publishing and tech, and make our holiday reading a whole lot more interesting in the process.

This story was originally published in Wired