Talking hands is a project designed to improve the lives of over 70 million deaf people all over the world by helping them to communicate.

Italian start-up, Limix created Talking Hands – gloves that record hand movements and translates them into words, which are relayed to a connected smartphone device and relayed via a voice synthesizer to try and bridge the communication barrier that most deaf peple face when trying to go about their everyday lives and live independently.

“Talking Hands can translate far beyond individual letters and it is very customizable: the user can record his/her signs and Talking Hands will translate them. The device is a wearable that does not require any external camera or computers, so it can be used everywhere,” says Limix Founder Francesco Pezzuoli. 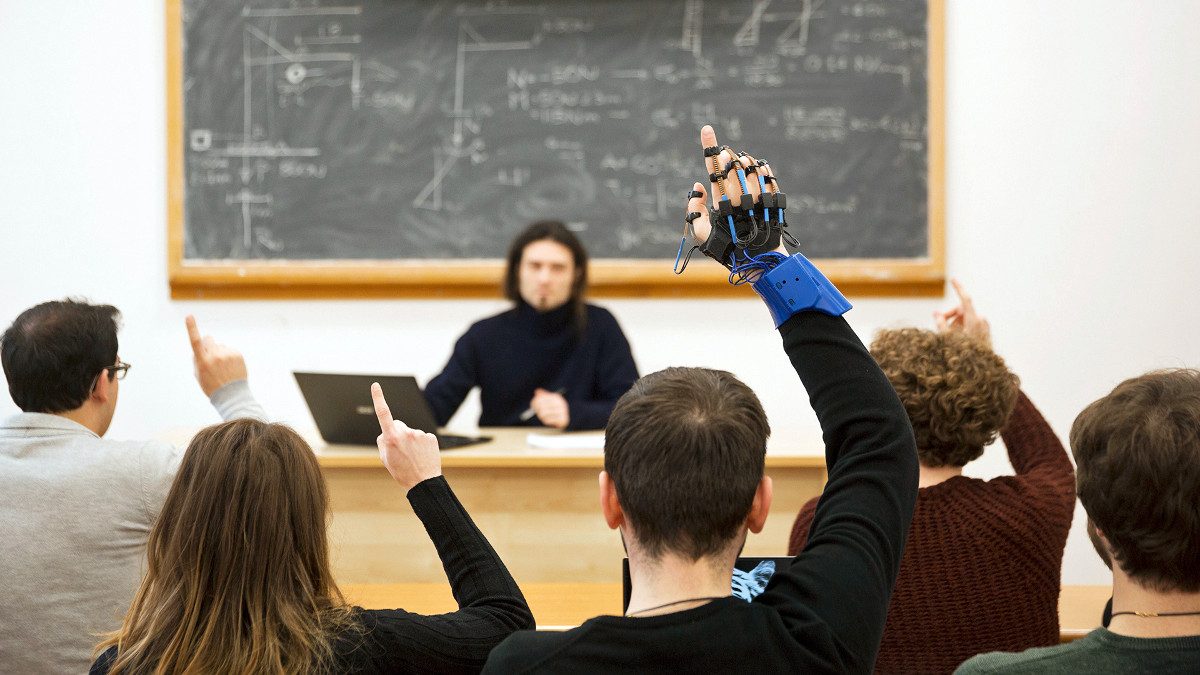 The project started a year ago as a collaboration between Limix and the Italian National Deaf Association (ENS) and with I.S.I.S.S. Magarotto, an Italian public high school specialized in teaching deaf students. However, Pezzuoli and his Co-Founder Dario Corona were initially told that the concept wouldn’t work because the device would not be able to measure subtle finger gestures. They persisted, however, and developed a technology that does just that, and are now gearing up to launch their first industrial prototype in June 2018. 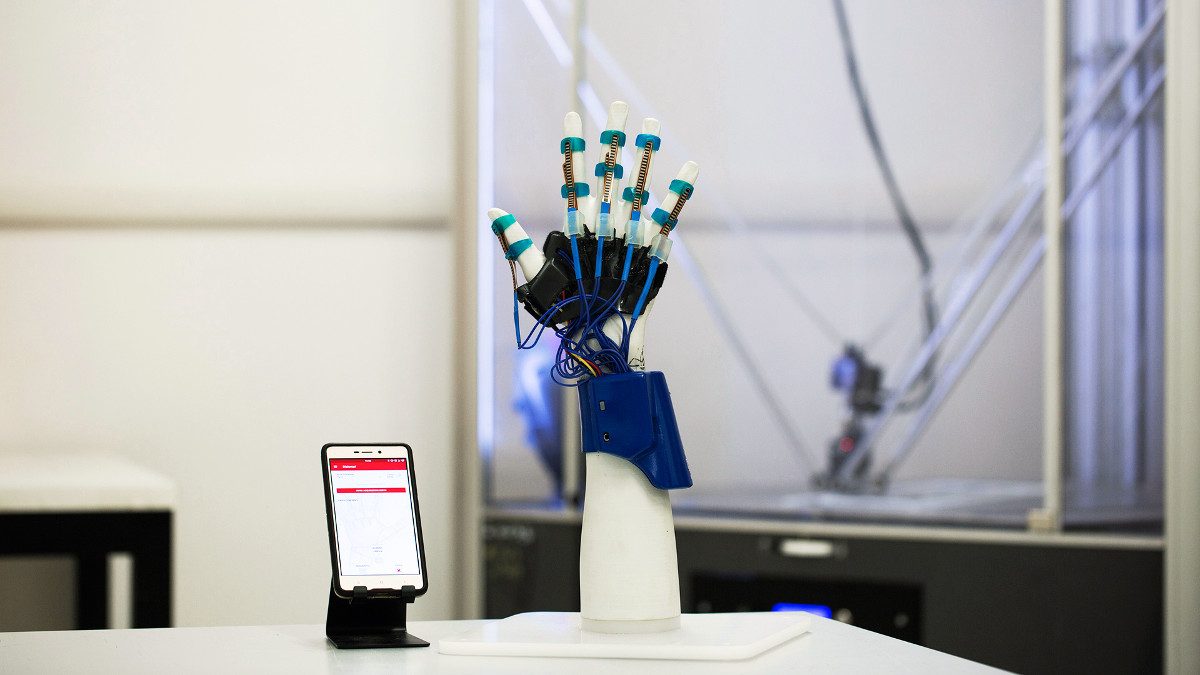 Their idea has now been selected as  one of the finalists in this year’s The Chivas Venture competition where they will pitch for a share of a $1m fund. In May, the finalists will get flown out to Amsterdam to the TNW Conference for the global final, where they will have five minutes each to pitch their inspirational businesses to an expert judging panel. With the Chivas Venture prize money they are now hoping to fund the production and scaling of that industrial prototype.

“The main problem is that non-signers often don’t know that much about sign language. They may not even realize that ASL (and other sign languages, such as British Sign Language, Chinese Sign Language, and dozens of others) are distinct languages with their own grammars and phraseologies, not word by word reformulations of a spoken language,” Pezzuoli explains.

Talking Hands gets around this problem by allowing each user to create and customize their own sign language with the app, and link it directly to their smartphones. They can create dictionaries purpose-built for different situations, such as common words and expressions they might need to communicate to a doctor during a medical emergency.

“No one has ever found and implemented a simple, low cost and useful solution like ours,” claims Pezzuoli. “Talking Hands will cost around €500 in its first production, all-inclusive: so, it is relatively affordable compared to other gloves in the market.” 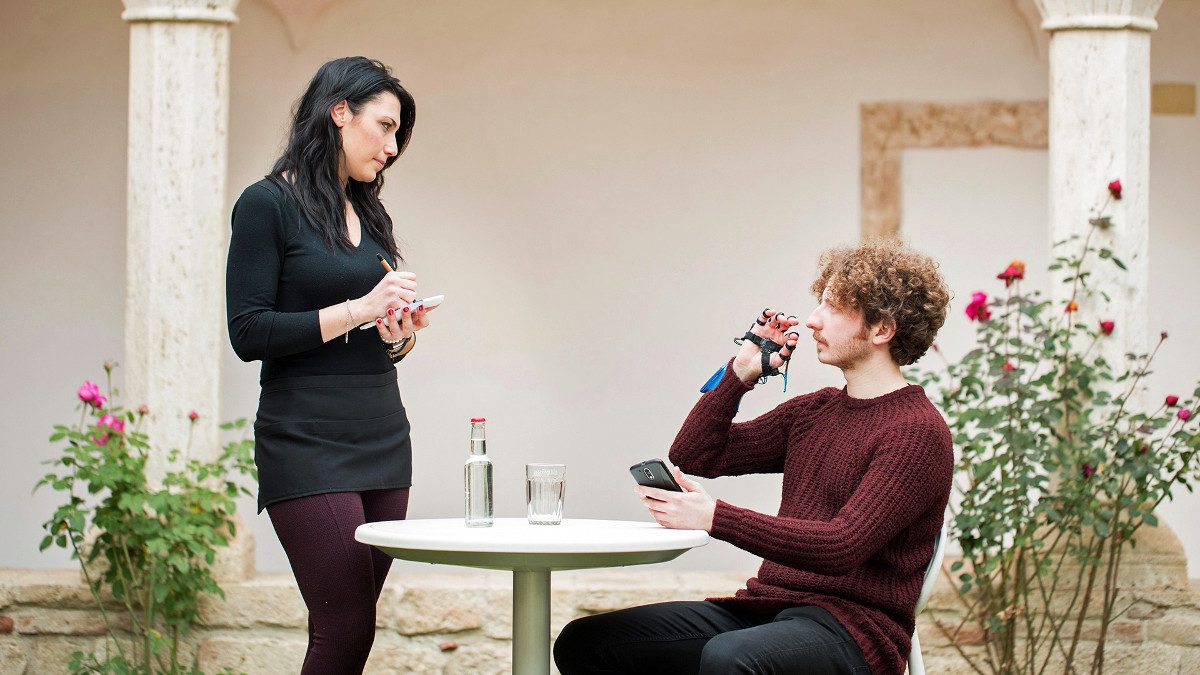 “Talking Hands helps deaf people to get out of the silence, enabling them a first form of communication with people who don’t know sign language,” Explains Professor Rita Antoniozzi from the National Institute for Higher Education of Deaf People in Rome. She believes that this technology will prove empowering for deaf users, allowing them to exercise a much greater degree of independence and integration.

For Pezzuoli, however, the benefits of integration are very much a two-way street: “I want to demonstrate that technology can be a unifying and gratifying force, putting people at the center so that we can create and amplify those relationships, including people with disabilities and merging out world and culture with theirs,” he says, adding that the way that people with disabilities perceive the world differently is actually a great asset, which can lead to creative thinking and innovation, so that giving them a voice would have great benefits not only for the deaf community, but for society at large.