Towards the end of SXSW 2022, there was a truck on Red River Street offering free smoothie samples. This is not an abnormal occurrence for SXSW. However, this pop-up sampling is a bit different. These samples were made with “upcycled food,” by Trendi, a Canadian “robotics brand focused on innovative food waste and upcycling solutions.”

Each year around “15% of all food produced on farms” is wasted due to “labor shortages, cosmetic imperfections, weather events, and more.” This adds up to around 15 million tons of produce in the US and is nearly 30% of the total US food loss and waste.

Trendi wants to change that. They have invented “BioTrim” units that can be placed at farms to “rescue” food that would have been wasted “when it’s freshest and process it on-site.” These units freeze-dry the food and “by reducing its size and weight by more than 80%,” they can “reduce emissions during transportation.” Trendi claims that this food also maintains “95% of the nutrients,” making this an efficient and impactful process.

I spoke with Carissa Campeotto, Co-Founder & CMO to learn more about this company. They started out with the “concept of automating a smoothie machine.” They later pivoted into what they are doing now with the “rescue and capture of food.

Campeotto says that “everyone was always talking about the waste in restaurants and at home, but nobody looks at the farm at the early stage of the food cycle.”  This step is crucial because “that’s where all the big waste is” and “the farther down the food cycle the waste goes, the more difficult it is for us to rescue it.”

By placing BioTrim units directly on farms they get immediate access to the food that would be wasted. These units make this process much more affordable, and also help “the smaller farmers to take part in it as well.” Instead of paying for the cost of disposal, farmers can have a new revenue stream. The increased efficiency of farmland could reduce the environmental impact of agriculture as a whole. 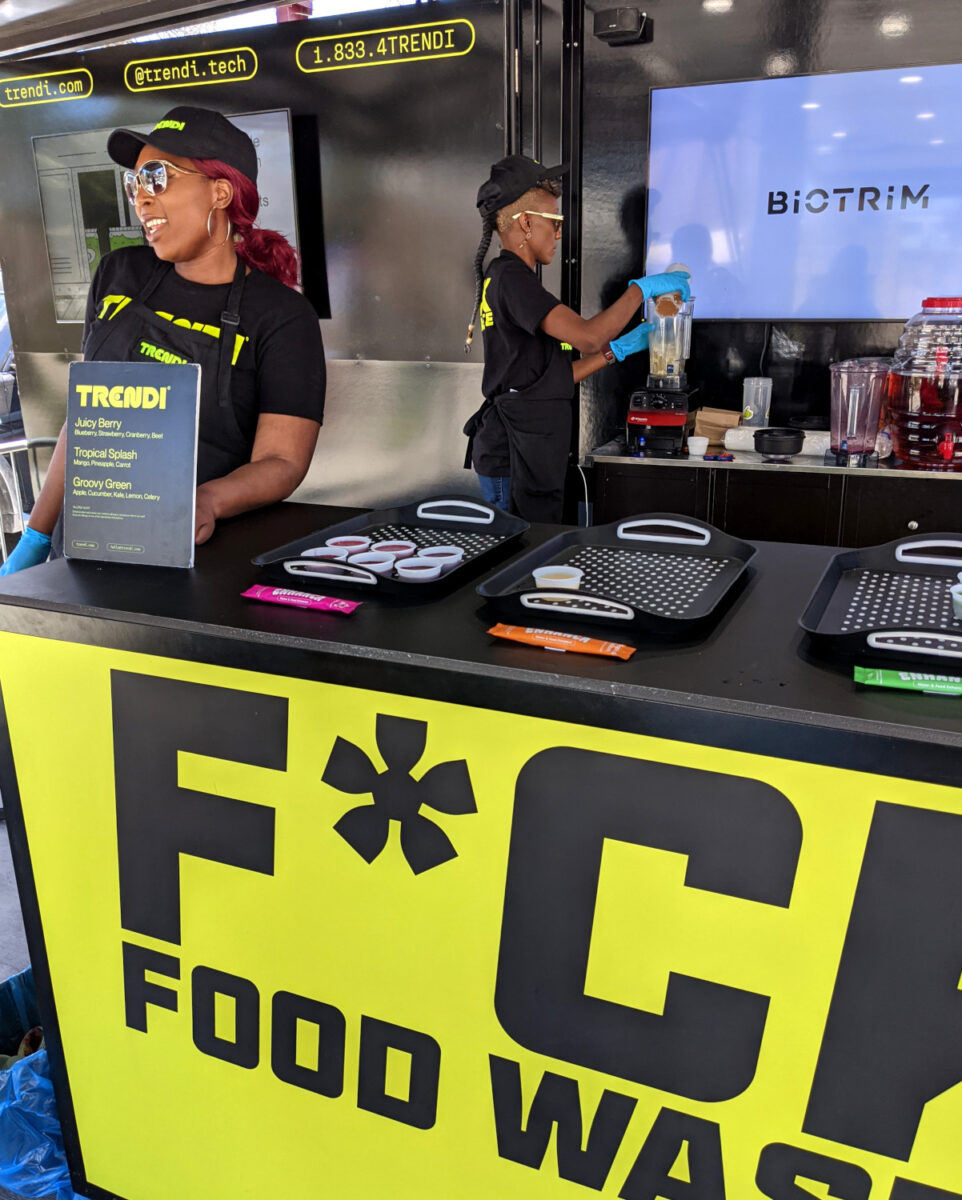 Another benefit of the BioTrim units is that “a percentage of all the product we process through these units goes directly to community programs in low-income communities that really need the nutrient-dense foods.” Campeotto describes this as  “more of a localized program” that can help local food go to local communities. She describes the company’s ethos as “doing good and helping those who don’t generally have a fair voice in the food industry like the farmers and those who are hungry.

It takes a lot of expertise to make a project like this happen. Campeotto explains that “our team has collectively hundreds of years of food experience.” This kind of expertise comes in handy because “it’s very difficult to manage a freeze-dried product because the second humidity touches the product, it goes really bad.”

Freeze-drying was invented in 1906 by Jacques-Arsene d’Arsonval. During World War II, the process was used to “preserve blood serum.” It wasn’t until the 1950’s that “industrial freeze-drying of foods began.” Freeze-dried foods have a better quality than other dehydrated foods, due to “the absence of a liquid phase, as well as the low temperature of the process.” This process “preserves flavor, color, and appearance, while minimizing thermal damage to heat-sensitive nutrients”. 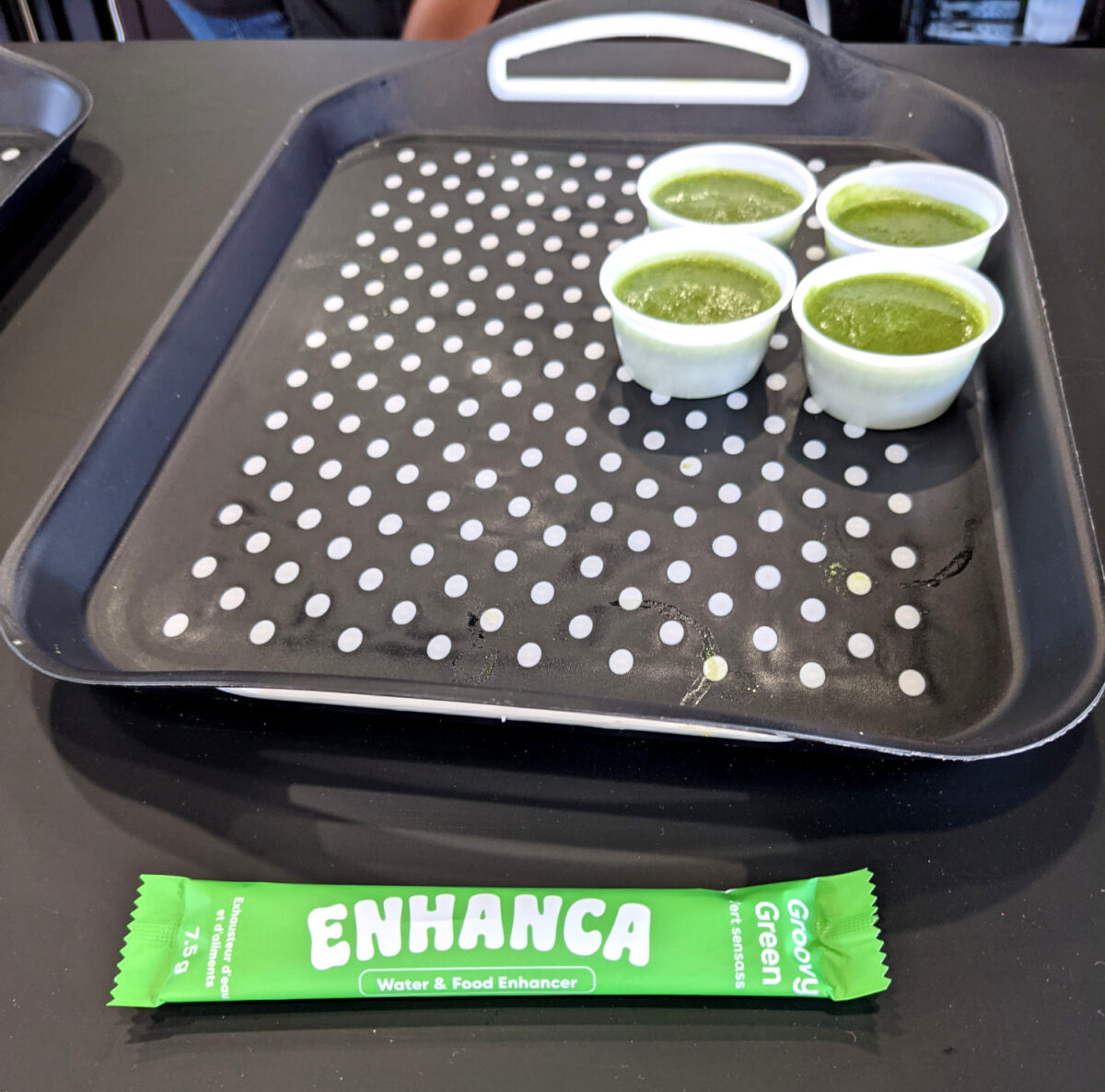 The BioTrim units also make freeze-drying cheaper. Campeotto says that, at home, if she wanted to “freeze-dry a kilo of product it would cost me like $50.” With BioTrim, it “costs us about $12.50 to do it ourselves.” The process of freeze-drying can be expensive but, since they use “upcycled ingredients,” they get them at “a great value” and that “offsets the more expensive costs.”

I tried the smoothies they were handing out. They had refreshing ingredients like apple, cucumber, kale, lemon, celery, blueberry and cranberry. They were good. They tasted like a nice healthy smoothie. If Trendi continues down its path it could have a massive impact on reducing food waste on a global scale. That is certainly worth following and one of the potentially significant innovations at SXSW 2022.