Are we finally getting closer to affordable, good-looking AR wearables?

Let’s face it, humans are vain and fickle creatures, so the fact that most HMDs look dorky as heck doesn’t really help with the whole mass market adoption issue. Magic Leap makes you look like a Minion, and even though I personally think the HoloLens looks much cooler (hey, what can I say, I’m a geek) I will also admit that it feels on the heavy side after prolonged use.

Humans are vain creatures, so the fact that most HMDs look dorky as heck doesn’t really help with the mass market adoption issue Click To Tweet 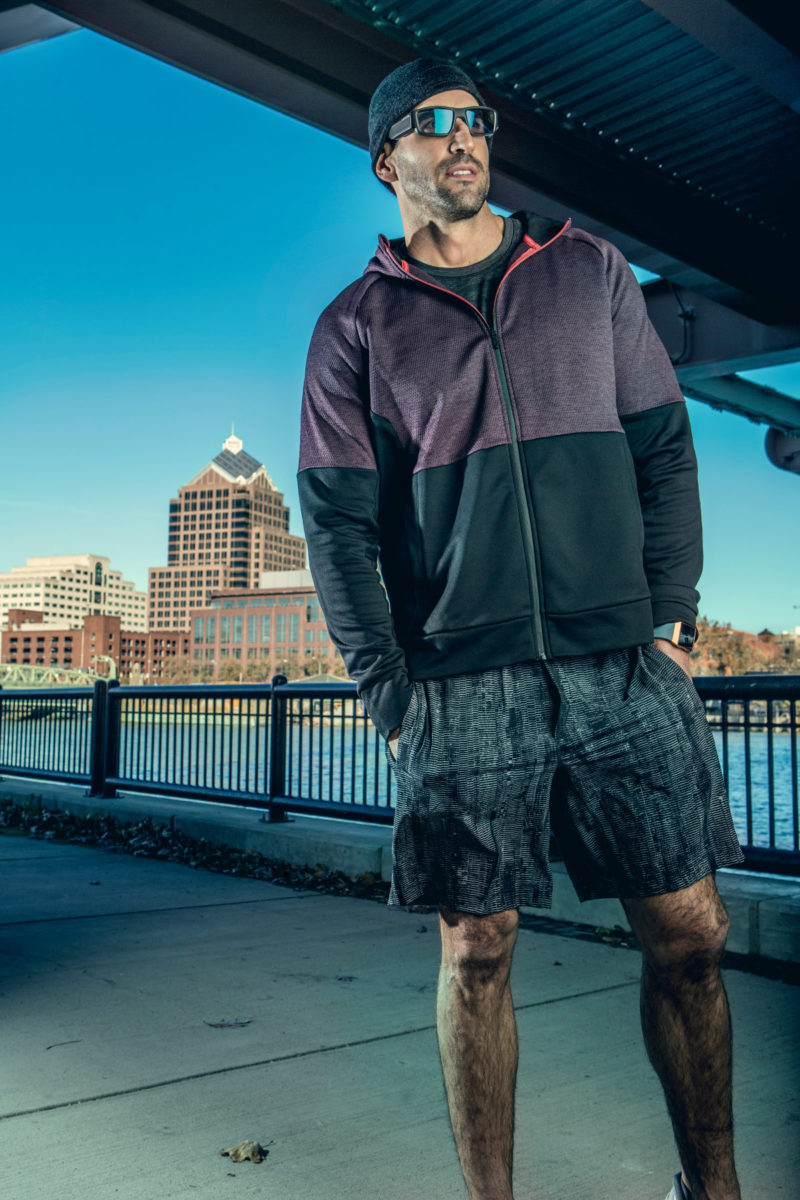 The Vuzix Blade Smart Glasses platform includes an Android based operating system, a cloud-based services platform that is being developed specifically for the Blade and a growing ecosystem of apps Click To Tweet

So a set of functional AR glasses that actually look like regular eyewear is something to sit up and take notice of, and that’s what Vuzix was showing off at CES this month.

The company is marketing its Vuzix Blade Smart Glasses to both the enterprise and consumer markets, providing differentiated software solutions to each one. On the consumer side, the Vuzix Blade Companion App, which is available for download from the App Store or Google Play, connects the device to both Android or iOS devices. It offers content such as AR enhanced golf training by Oncore Golf, Amazon Alexa and Google Assistant. The app is also being upgraded with new functionality including the enablement of photo and video sharing between the Blade and smart phones. 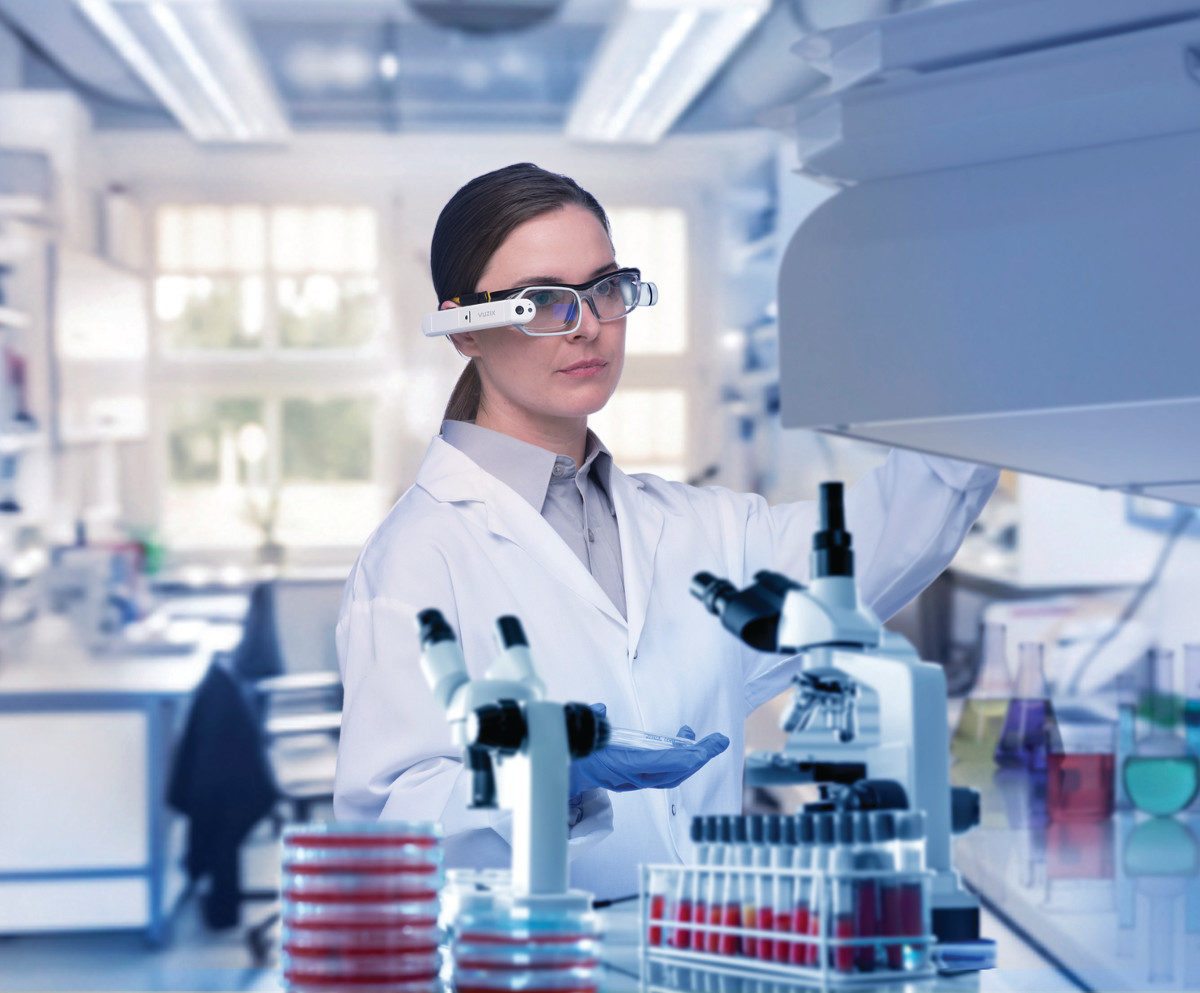 The Vuzix Blade Smart Glasses platform includes an Android based operating system on the device, a cloud-based services platform that is being developed specifically for the Blade and a growing ecosystem of apps and software development firms around the world that they are working with, including Yelp and AccuWeather. They are also working with Amazon to finish the broader integration of Alexa expect to complete certification soon; and Alexa BETA is currently available for developers.

“Wearers can see a comprehensive weather forecast as a visual overlay that pops into their field of vision,” says Steve Smith, President of AccuWeather Digital Media “All of this is done without having to pull a smart phone out of your bag, while juggling luggage or reservation documents, making it easy to stay informed on-the-go.”

The Vuzix Blade ecosystem of consumer-oriented applications is expected to grow significantly throughout 2019 – ranging from utilities to entertainment with applications like karaoke, language translation, sheet music scrolling and more.  Also included on the Blade Smart Glasses are four games designed exclusively for the platform including AR Dino Hunter, AR-Golf, AR-Racers, and an idle AR Space-Miner game. 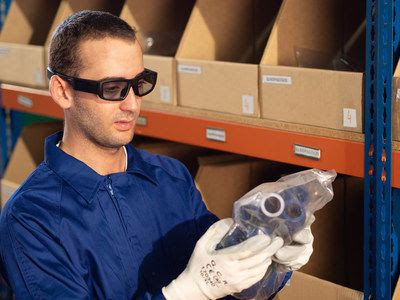 The glasses aren’t exactly cheap at just under $1000, but compared to similar Mixed Reality devices such as the HoloLens and Magic Leap One they are a comparatively budget solution Click To Tweet

Enterprise customers, on the other hand, subscribe to the Blade Commercial Edge Software Suite, which now includes the LogistiVIEW Connected Worker Platform – an enterprise productivity toolset for frontline workers – and embedded biometric capabilities by PaaS Smart Glass targeted for field-based workers in industries such as aviation, healthcare, security, manufacturing and logistics. It enables first responders, for example, to quickly identify causalities or patients and obtain vital information such as medical histories of allergies and blood type, reducing wait times when arriving in hospital.

Vuzix had previously won the award for innovation at CES in 2005 and 2018 (the company was founded in 1997) and repeated the feat at this year’s event, being recognizing for its “outstanding design and engineering”.

Vuzix’ wide-field-of-view waveguide optics is certainly impressive. The entire display engine is approximately the size of a pencil eraser and will allow future AR smart glasses to have a virtually indistinguishable look and feel from normal eyeglasses. 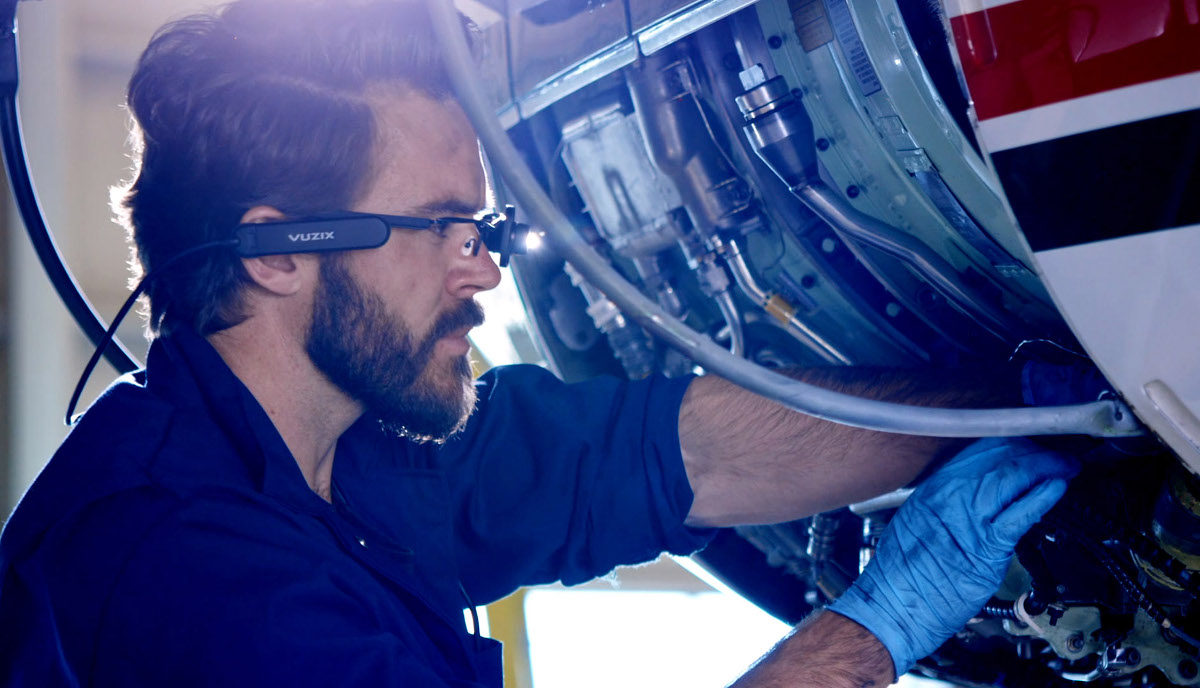 The glasses aren’t exactly cheap at just under $1000, but compared to similar Mixed Reality devices such as the HoloLens and Magic Leap One they are a comparatively budget solution. Also, the price point is not that far from a top-of-the-range smartphone, and as more content and functionality becomes available on such devices, it is easy to see how the investment would start to become justifiable. As a consumer, hands-free AR proposition, it is certainly among the most viable (and least silly-looking) that I’ve come across.