Fundamental VR is partnering with the Mayo Clinic to democratize the next generation of haptic surgical training simulation tools.

Globally, 5 Billion people don’t have access to safe surgery due to lack of trained professionals. In the U.S. alone, over $15 billion a year is spent on medical training, but much of that is wasted in antiquated, expensive, and non-repeatable methods which offer students little chance of hands-on practice.

The truth is that the way surgeons are trained has changed very little over the past 150 years, and much of hands-on practice still relies on using cadavers, which cost $13,000 or more and can only be used to train between 4-6 students. Reusable, synthetic cadaver cost in excess of $40,000.

All this adds up to the fact that currently less than 0.5% of the world’s surgeons have access to simulations. Something that FundamentalVR is on a mission to change by democratizing surgical training through low-cost, safe and immersive experiences.

The way surgeons are trained has changed very little over the past 150 years, and much of hands-on practice still relies on using cadavers Click To Tweet 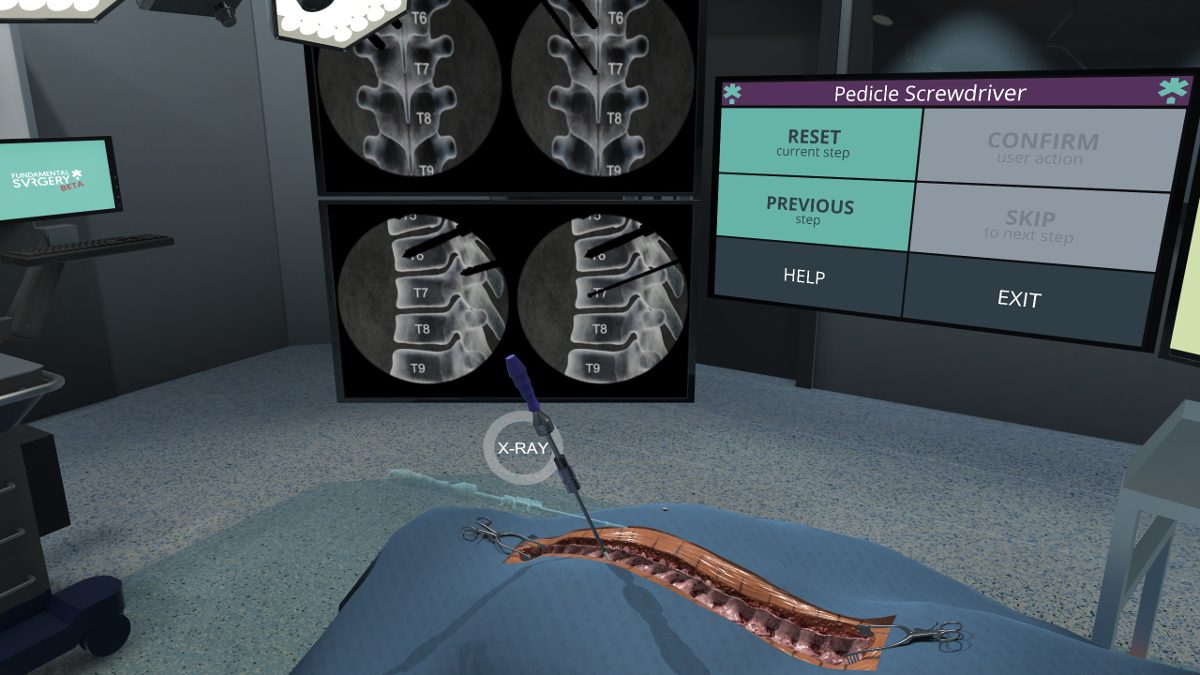 Users can feel the movement and interaction of tissue, muscle and bone as they would in an actual procedure Click To Tweet

Headquartered in London with offices in Boston, the company provides enterprise training solutions to medical device and pharmaceutical companies as well as curriculum-based immersive training experiences to medical institutions, hospitals and learning centers. So far it has raised over $2.6M in funding, capitalizing on the fact that the global MedEd is projected to reach $38BN by 2024.

Until recently, affordable virtual reality solutions in this area had been limited to game-like experiences without the touch sensation that is so critical in surgical procedures, while current VR haptic solutions that use specialist equipment cost over $100K to purchase and thousands more to maintain, as they require specialist “Sim-Tech” staff and a dedicated space.

The FundamentalVR platform on the other hand, offers subscription licenses starting $350, and the software works in conjunction with any modern PC or laptop, a standard VR headset and two haptic arm devices that can be easily purchased online to conduct procedures.

Users can feel the movement and interaction of tissue, muscle and bone as they would in an actual procedure within a sub millimeter of accuracy of resistance, something that I experienced first-hand when “performing” a procedure at the Global Education and Skills Forum in Dubai earlier this year. 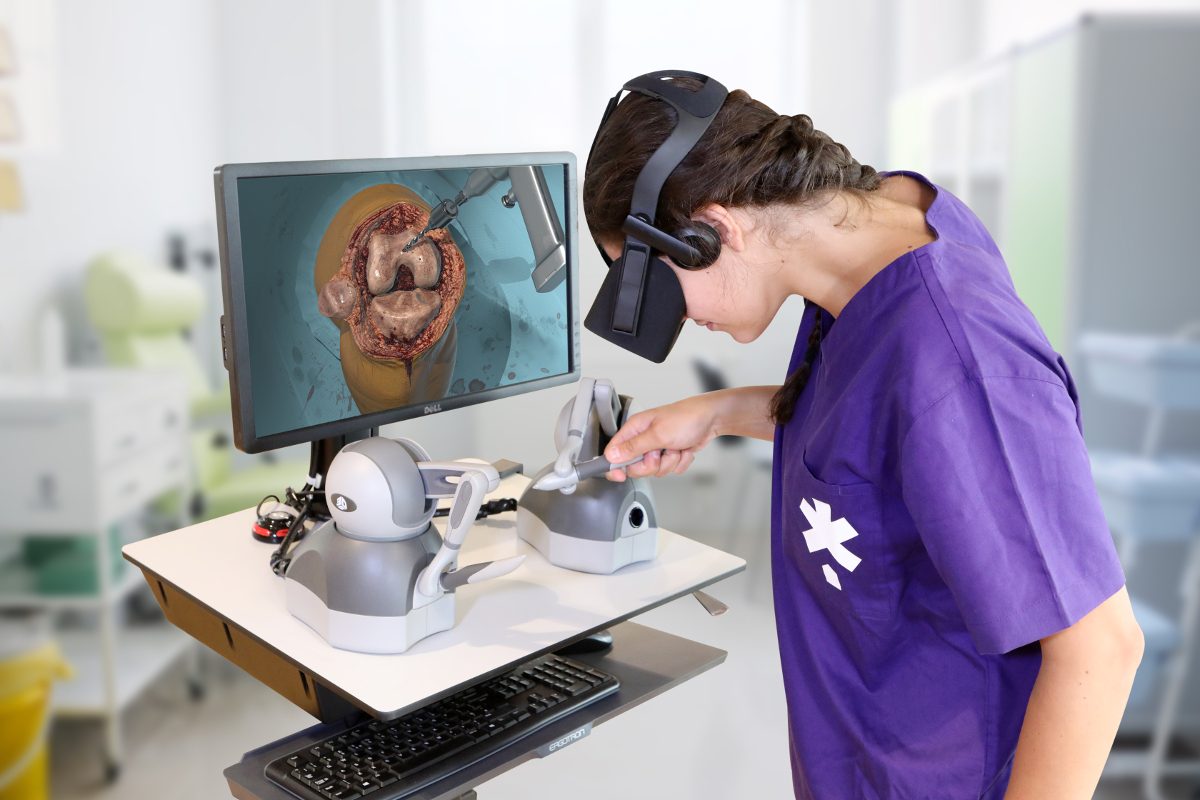 Until recently, affordable virtual reality solutions in this area had been limited to game-like experiences without the touch sensation that is so critical in surgical procedures Click To Tweet

Its proprietary Surgical Haptic Intelligence Engine (SHIE) draws upon an extensive library of tools and tissue variants that mimic real life sensations which were carefully calibrated by a leading team of surgeons. Over two years of development, more than 500 surgeons have tested the system, which constantly adapted around the feedback. Just as pilots train for bird strikes or engine failure, surgeons are confronted with varying scenarios ranging from abnormal anatomy to rare complications that can happen during live procedures, such as unexpected bleeding.

The healthcare sector has been among the earliest adopters of immersive technology, as the benefits – most evident in the ability to train students and allow professionals to hone their skills in a safe and realistic environment – were clearly quantifiable. Which is why the interest they’re attracting from major players in the industry is not really surprising. FundamentalVR have just announced a three-year strategic alliance with the Mayo Clinic, one of the leading academic medical centers in the U.S. This includes a joint development agreement for its Surgical VR Simulator, Fundamental Surgery. 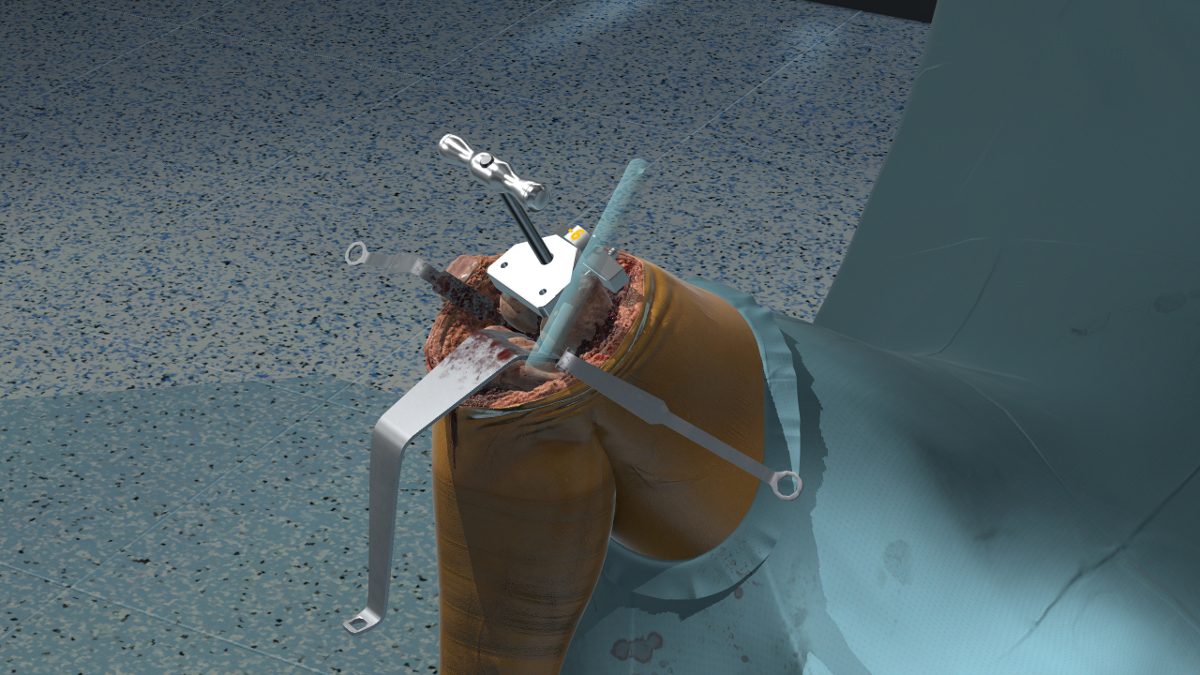 But this will go further than allowing current trainee and qualified surgeons to experience surgical procedures and will include both companies sharing clinical and technical expertise to develop new immersive training products. The objective is to create new simulation content as well as assessment criteria based on the Mayo Clinic’s substantial body of research and in partnership with its surgeons, clinical practitioners, and data scientists.

This agreement will see the two parties collaborating on a range of simulations with an initial focus on the General Surgery area. They will then move into growth areas including robotic and patient specific simulation derived from DiCom (Digital Imaging and Communications in Medicine) data and 3D modeling.

The proof of the pudding, however, lies in whether the use of VR simulations will eventually improve patient outcomes, something that Richard Vincent, FundamentalVR’s CEO believes is possible.

“Our haptic + immersive VR platform has already proven to offer a new way to allow skills development, and we share the belief that the comparative data insight and measurement will have a profoundly positive impact on the wellbeing of people around the world,“ he says.

The platform’s initial training packages are focused on Orthopedic Surgical disciplines including Spinal Pedicle Screw Placement, Posterior Hip Replacement and Total Knee Arthroplasty. Further orthopedic procedures will be added during Q4 2018 with other disciplines, including general surgery and cardiovascular slated for 2019.

This article appeared originally on VRScout