Michael Conelly is a prolific visual effects designer. Throughout his two decades working as Digital Effects Supervisor at Rhythm and Hues Studios, Conelly and the studio worked on everything from the Coca Cola Polar Bears and Babe the talking Pig, to The Golden Compass, Harry Potter, and Pi, among other projects. Conelly’s last film, Snow White and the Huntsman, was nominated for an Oscar for best visual effects.

Now, Connely has turned his attention to the immersive storytelling space, having founded Blackthorn Media in 2013. Their first two VR projects The Abbot’s Book and Dragonflight featured at the Sundance and Tribeca film festivals, so not a bad start, but it turns out his long-term ambitions are much bigger.

“Blackthorn is a small core of some of the most talented folks I’ve ever worked with. We founded the company to work on narrative storytelling in room-scale VR—to really push on the highest end of what is possible in the medium,” he says. 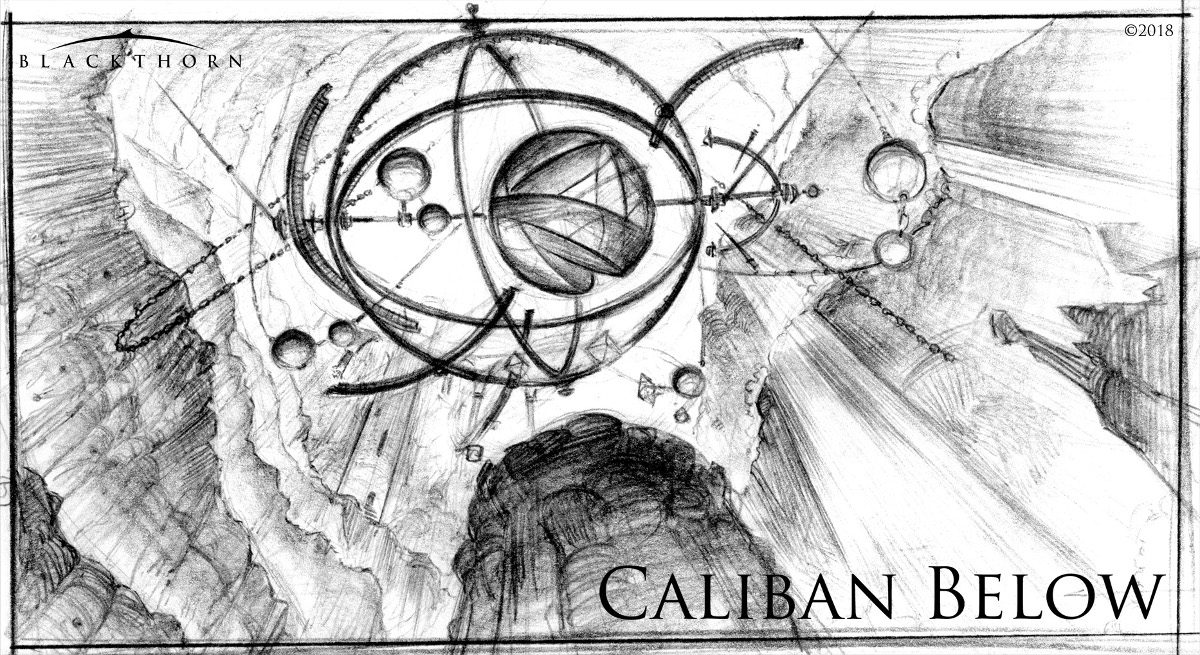 The latest experience which he created, directed and produced, is called Caliban Below a small piece of the larger story contained in The Abbot’s Book – which he published several years ago. It takes place in the northern mountains of Renaissance Italy, and tells the story of four generations of a broken family and how they respond to the corrupting power of a strange book that is dug up from a labyrinth of catacombs beneath their home.

“Deep down, The Abbot’s Book and Caliban Below are telling a story about a family’s struggle to undo its failures. It is full of spectacle and pretty wild realms of imagination, but the beating heart of the story is about the harm that comes when love is overpowered by avarice and desperation.”

An expanded version of Caliban Below including a re-release of the original novella, story extensions, as well as enhanced sound design is set to be released this Fall, but the currently available experience was specifically designed to accommodate people totally new to the medium, as well as veteran VR journeyers.

“There are really not a lot of folks out there doing narrative in 6DOF room-scale storytelling. I find the medium utterly compelling from a story standpoint. Our main goal is to let our visitors experience and participate in a narrative.” 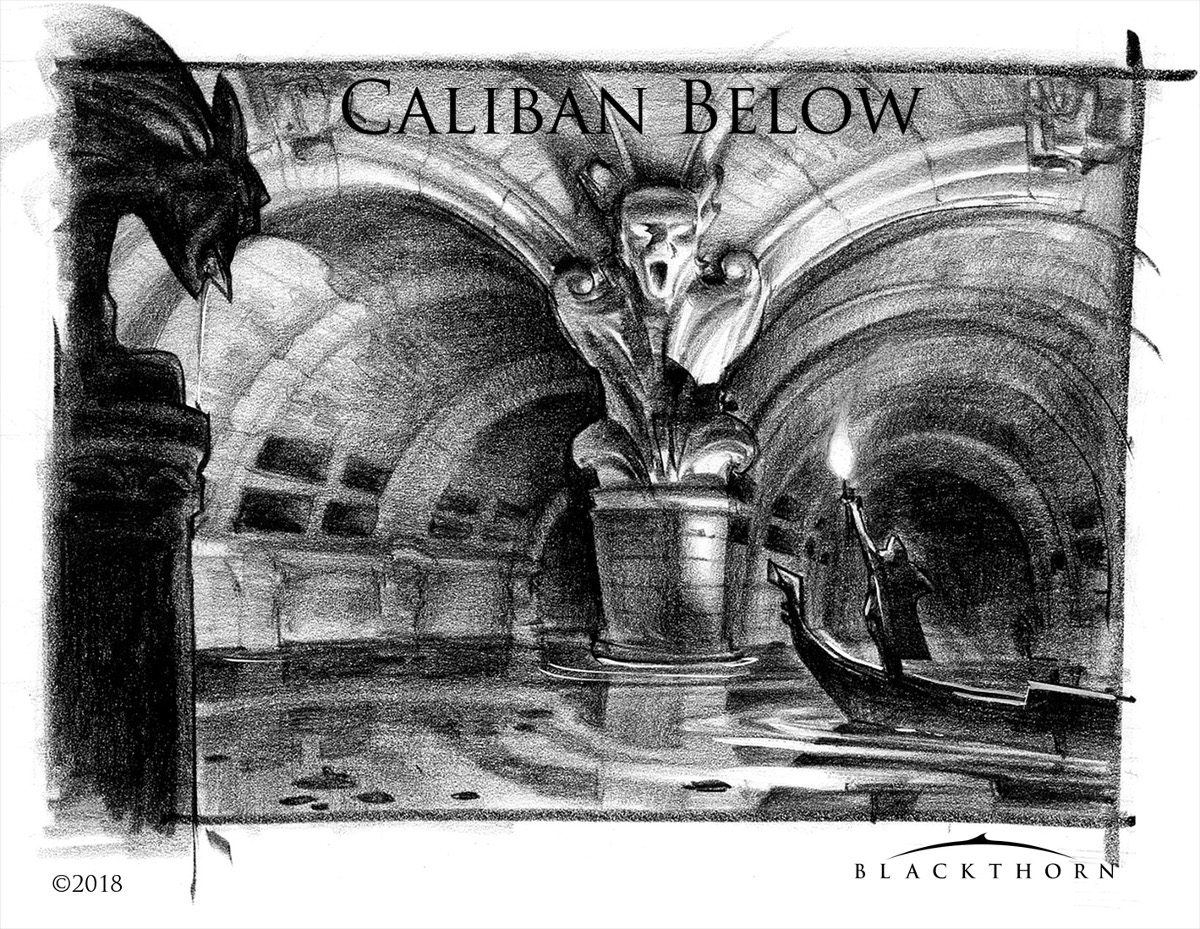 The trick to accomplishing that, he believes, is to find the right balance of agency, plot, and pacing so that people can feel immersed in the story without being either overwhelmed or bored.

“My wish is to leave you with a satisfying sort of lucid dream, but also with a bunch of questions about what the larger world is. I love this notion of a-la-carte storytelling—there is exactly as much there as you wish to experience and you can go at your own pace, finish quickly if you like or dwell in the details. Some folks finish Caliban Below in 10 minutes and others in 60—and everyone comes out understanding the core story. I do hope the recipe we’ve cooked up here starts to zero in on a future model for VR, which is appealing to movie and TV lovers, as well as gamers. If it succeeds, it will be because people really feel the characters and the world in ways more immediate and enveloping than they have with other media. That is the promise of VR and it is why we have stuck around to tell these stories when much of the world has gone off to chase the AR trend.”

The project also managed to entice another entertainment industry veteran. Paula Fairfield worked on sound design for many noteworthy productions such as mother! and Game of Thrones, and had previously worked with Connely on Snow White and the Huntsman and collaborated with him on Dragonflight (which of course made perfect sense given her GoT experience).

“I do highly detailed work in my linear projects and VR is the perfect platform to unleash the dimensionality of this kind of work. But, the (spatial sound) technology is clunky and a bit of an afterthought to the graphics at present. However, that makes for a very interesting playground. And I’m well into it now! It is super exciting to place a sound in a VR space and walk around it.  As crazy as that seems, it’s like magic and crack to me. I now dream of 48 hour days.”

The trick is to find the right balance of agency, plot, and pacing so that people feel immersed in the story without being overwhelmed or bored Click To Tweet 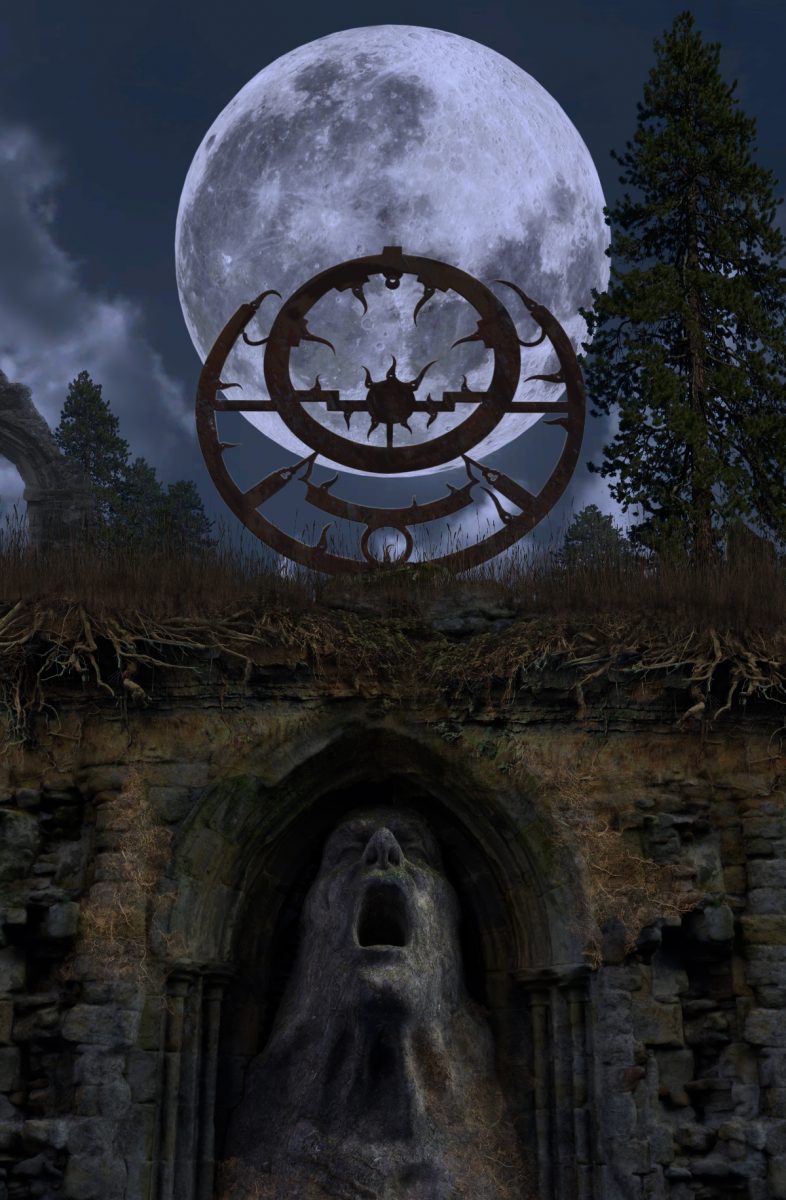 If VR is going to match the larger arc of movies, I hope The Abbot’s Book comes to be something like the Citizen Kane of the medium Click To Tweet

This has been a labour of love done on a shoestring, and Conelly’s hope is that it will turn enough heads to enable the larger project to get made.

“It is a very ambitious chunk of work—there is a lot of story to tell, and if we’re going to tell it, we want to tell it right. Caliban Below is just a tiny glimmer of what is to come. If VR is going to match the larger arc of movies, I hope The Abbot’s Book comes to be something like the Citizen Kane of the medium. It makes me ache inside knowing how much is possible, but not having the resources to get it all out there for people to experience—not just yet anyway…hopefully soon!”