“It’s the twilight of the gods, with Asgard’s inhabitants consumed by bickering and selfish exploits. You, Fledgling God, are birthed in an explosion of light—a clash of primordial forces of nature. Your story begins in medias res with a dramatic, action-packed encounter with Loki. He takes great interest in your potential and offers to give you with befitting a true god.”

This is the billing for the latest big title to come out of Oculus Studios for the Rift – Asgard’s Wrath – where you’ll battle as a mortal and rise as a god in a Norse-inspired action adventure with a heavy helping of RPG elements. 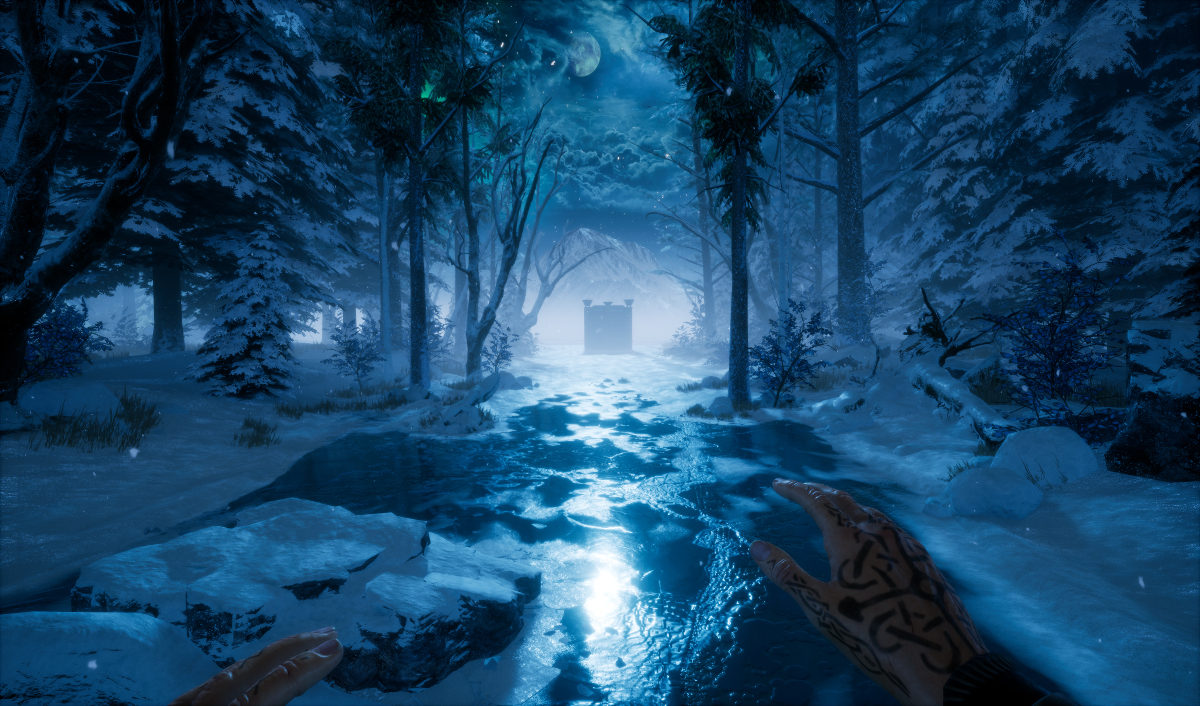 “This is not just another physics simulator. There are some really cool physics sandbox melee projects in VR. We’re taking it a step further with Asgard’s Wrath, giving players a melee fighting system that leverages physics and is supported by game rules that demand—and reward—playing with skill,” explains Mike Doran, Oculus Studios Executive Producer. “In this game, you can’t just swing wildly and be successful. That might work against some lesser enemies, but eventually you’re going to get your butt handed to you that way.”

The fighting mechanics in Asgard’s Wrath anchor the title, require skill, and encourage physical movement in a visceral, fun and rather satisfying way. Sanzaru Games has been working on this title for years, focusing on the challenge of bringing visceral melee combat to VR. With four movement-heavy VR titles already under its belt, Sanzaru has experience leading the industry’s exploration of physicality and IK, translating full-body movement seamlessly into an immersive experience.

The fighting mechanics in Asgard’s Wrath anchor the title, require skill, and encourage physical movement in a visceral, fun and rather satisfying way Click To Tweet With four movement-heavy VR titles already under its belt, Sanzaru has experience leading the industry’s exploration of physicality and IK, translating full-body movement seamlessly into an immersive experience Click To Tweet

The ability to swap between human and god modes is a clever use of the sense of scale only possible in VR. You’ll need to make use of those swapping abilities to solve puzzles and overcome challenges as you progress through the game. Using your god form, for example, you’ll capture and convert certain wildlife into animal warrior companions for your mortal hero.

“Way back when we first started prototyping this game, the player was always at god-scale. Eventually, we added a mortal hero to mix things up and give the player something to protect and support. Sanzaru then had the breakthrough idea to let players swap back and forth between God and hero, which really opened up the game’s potential to become far more expansive than we had originally envisioned,” says Doran. 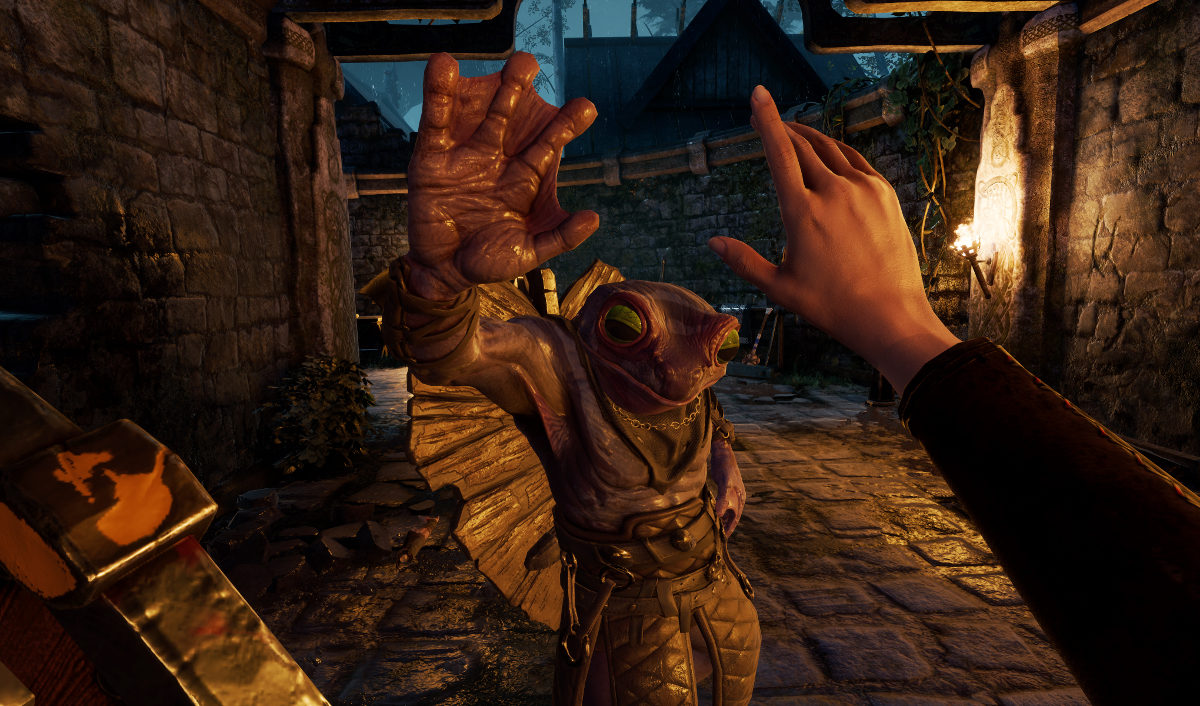 The creators also promise additional goodies such as “brutally satisfying dismemberment” and the ability to use your shield to catch weapons such as daggers, yank them out, and throw them right back at your enemies.

“Another great moment is swinging your weapon to knock decapitated monster heads through the air,” adds Doran. “Physics, time dilation, dismemberment, ragdoll, and a ton of tuning and polish come together to complete the core foundation of our combat. Each of the mortal heroes has their own signature gear and unique gameplay mechanics. On top of that, we also have metagame loops that augment combat, such as crafting, disposable weapons, elemental traits, and other things yet to be revealed.”

Asgard’s Wrath will be demoed at events in 2019 before release later this year.