The Boulder International Film Festival (BIFF) opens this week, and it will dedicate an entire pavilion to XR Experiences

The BIFF is widely recognized as one of the world’s coolest film festivals, and this year is the first time the event is dedicating an entire pavilion to XR experiences, a move that celebrates the evolution of storytelling and recognizes the integral role technology plays in filmmaking. It will feature curated VR films and AR art from around the world, an opening kick-off party, industry meetups, interactive workshops, and the Boulder XR Science Fair highlighting VR and AR innovations from local university labs, tech teams, and professionals. 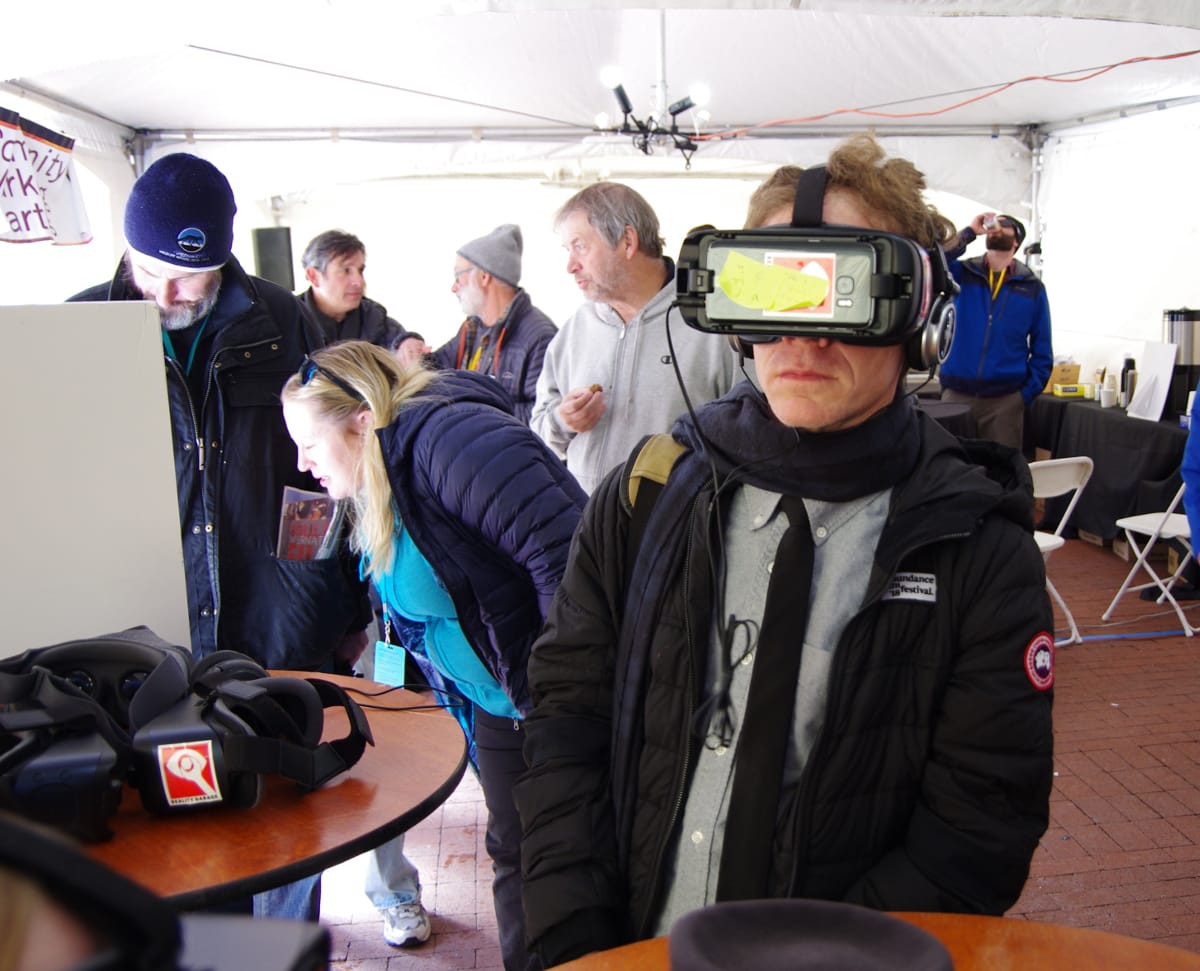 BIFF attracts more than 25,000 film enthusiasts, media and industry every year. Now in its 16th edition and celebrating 100 years of cinema to boot, they are still keen to look to the future as much as celebrating the past. Featured films will include Disney’s “Cycles” and “Myth: A Frozen Tale” as well as keynotes and events where you’ll get to hear from Disney Animation creatives such as Jose Luis Gomez Dias and Jeff Gipson.

“The future of storytelling will be an amazingly new and exciting experience that we can’t even imagine today,” said Kevin Smith, executive producer for BIFF. “The XR Experience provides a glimpse into this ground-breaking new medium while providing a great community event to mix, learn and experience.”

The pavilion space will also prominently feature a retrospective of large-format Augmented Reality artworks from 2011-2018 by HEAVY, a multiple award-winning creative studio that specializes in using immersive technology to reclaim public spaces for civic engagement, enlightened interactivity, and fun & thoughtful experiences. The HEAVY team manages to do this mostly through large-scale art installations that utilize XR technologies to explore the intersections between philosophy, art, and design, utilizing the talents of a mixed group of developers, artists, and academics. 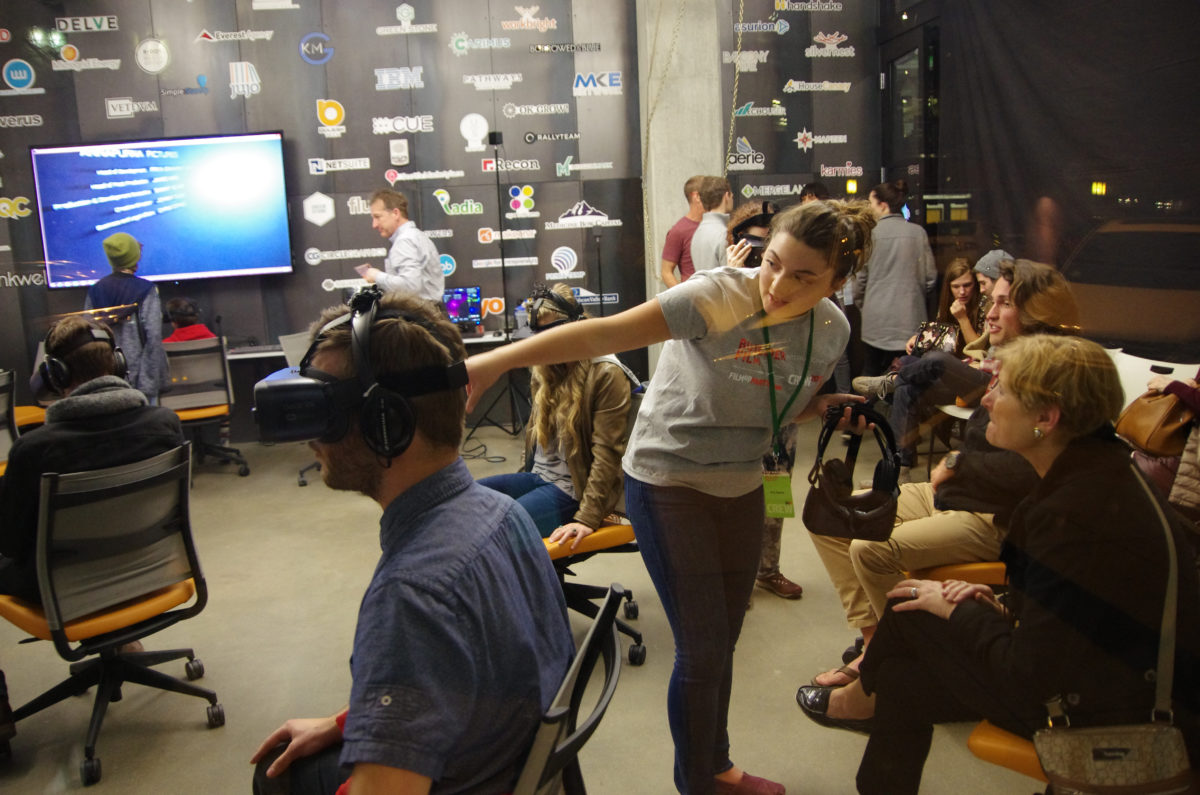 Since 2011, the company has pioneered the use of Augmented Reality to engage audiences with fine art installations that explore the building tensions created by a historically analog world quickly transitioning to digital life. Their installations have not only graced events such as SXSW and Google i/o, but also taken over Times Square, a UNESCO World Heritage Site in Brussels to the Hollywood Walk of Fame, Wynwood Walls in Miami, and the iconic Bowery Wall in New York.

“It’s really nice to get this recognition for our traditional body of work from over the years, but it’s also a reminder of how far XR has come, both in terms of the tech itself and also as a compelling storytelling and artistic medium in its own right,” says Chris Nunes, Head of Studio at HEAVY.

The high demand for truly innovative experiential art is illustrated by the fact that the Van Gogh Museum in Amsterdam recently lost its top place as the most popular single-artist museum to Tokyo’s MORI Building DIGITAL ART MUSEUM: teamLab Borderless (or “Borderless” for short).

And this is a trend that Nunes believes will start gathering significant momentum over the coming months and years as technologies and creative approaches to using them evolve and become more ubiquitous.

“I was at the Tate Modern gallery in London recently and I got really excited imagining the possibilities of making a dedicated art installation for such an amazing, forward-thinking cultural institution. We’ve been engaging with people in urban environments for years as they go about their daily lives, and that’s fantastic, but I think we [in the XR industries] have reached a real tipping point where artists and art fans are actually purposefully seeking out these experiences because of what they add to our understanding of reality and each other’s perspectives. These technologies live with us -in our pockets, under our pillows- and rightfully, are becoming an integral part of the artistic spark and expression, as opposed to something simply added onto the underlying art,” he concludes.

At the BIFF retrospective for HEAVY, visitors will get to experience a range of the studios’ most popular installations, such as “More Human Than Human” [MHTH]. It’s a fascinating use of data visualization and Augmented Reality that debuted in 2018 in Moscow’s Zaryadye Park. The team took datasets from the City of Moscow’s Open Data Portal – specifically, the latitude and longitude of all of the theaters, exhibition halls, and museums in Moscow – and digitally interconnected those waypoints with a 3D lattice that was meshed over a skull model. The idea they wanted to represent through the artwork was that our society’s sense of “self” has become increasingly defined by the accumulation, aggregation, and interpretation of massive amounts of personal data.

“With the rise of ever-present high-powered mobile devices, social media, and artificial intelligence, our own personal data has become a digital avatar that often carries a higher degree of perceived value than our physical presence,” HEAVY Creative Director BC Biermann explains.

Also featured in the exhibit is “Digital Neuron,” which was originally commissioned by the University of Geneva in Switzerland in 2016, and has since won an Auggie at the Augmented World Expo (AWE), was a 2019 Merit winner in education and was named a Top 100 Artistic Destination award by CodaWorx. The piece depicts the neuron’s central importance in human cognition and as the deeper engine of medical research, also using neurons as a visual metaphor for how ideas are spread between people.

These technologies live with us - in our pockets, under our pillows - and rightfully, are becoming an integral part of the artistic spark and expression Click To Tweet

“Parabola,” is yet another interesting interactive mural included in the retrospective, which featured in San Francisco’s Design Week 2017. It depicts a fractal background with a digital sculpture of a chair in the foreground built by impossibly interlocking and twisted parabolas (the parabola is a foundational design form found in everything from natural forms to product design and DaVinci sketches). Using AR, you can change the scene by moving the chair to different parts of the virtual room, its colors and the design and lighting of the room, and even exploding the entire suite as a form of design protest.

In the meantime, the HEAVY team continues to push the envelope creatively, and they’re just putting the final touches on a 3 sculpture installation for the newest JW Marriott 5-star hotel in Anaheim which marks the first time they have integrated custom-made 3D sculptures with an AR experience. As far as Nunes and Biermann know, this installation will be the first time anyone has done that, so these are heady times indeed.

The BIFF XR Experience will be free to attend and runs from March 5th to the 7th at tech co-working space Galvanize with the VR Theater moving to the main Festival Tent for a few hours on Sunday, March 8.