By Ela Darling, co-founder of Gamelodge

The process of building an indie video game, especially for Virtual Reality, can be an arduous years-long endeavor. Becoming a professional game developer takes years of specialized study, building connections, and mastering emerging technology, with the reward of working in an exciting creative field. Like any industry, it takes focus and dedication to become a pro. But this barrier of entry can be a limitation on new, diverse game concepts.

For an aspiring game developer without a background in tech, the path to creating a game can be long and daunting, especially for VR. Between navigating the esoteric nuances of a game engine and learning complex coding languages, it can take months to even approach the starting point of development. Identifying bugs and merging branches with a co-developer makes the process even longer. But a new application called Gamelodge seeks to accelerate that process. 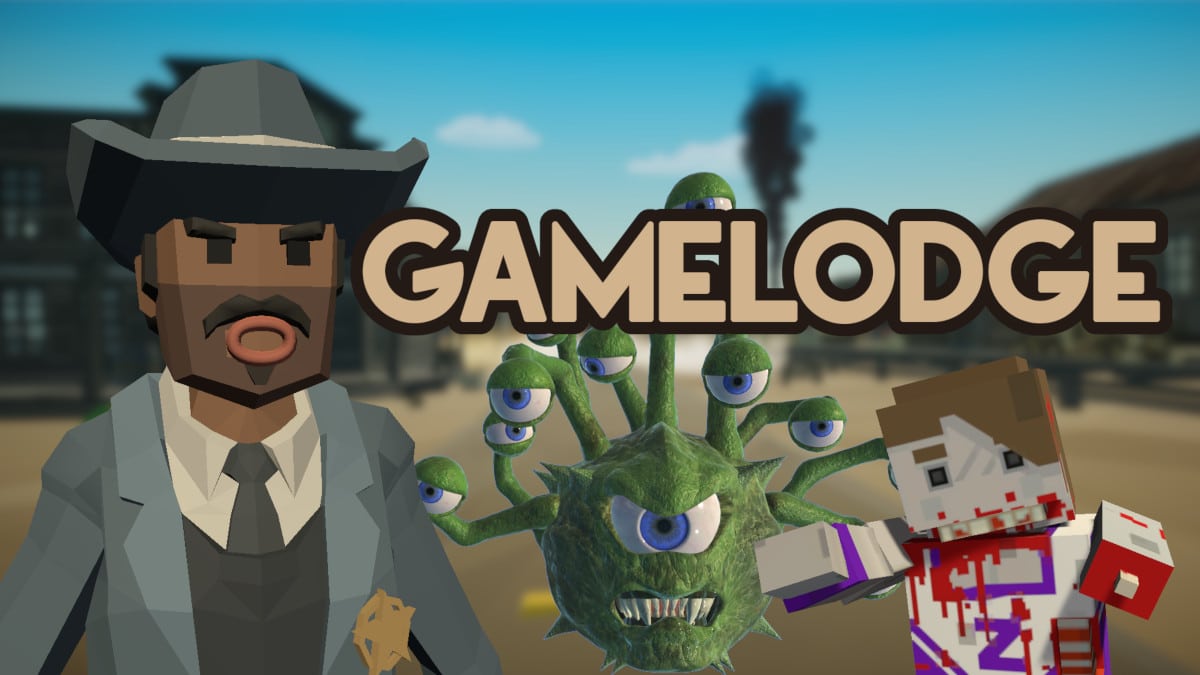 For an aspiring game developer without a background in tech, the path to creating a game can be long and daunting, especially for VR Click To Tweet

Gamelodge, is a new platform that serves as both a depot for games made by other users and a stepping stone for aspiring game developers. It is a cooperative game engine that offers users an all in one opportunity to design, script, and share game ideas socially in VR and on desktop. It aims to resolve common pain points in game development, such as the tedious write, compile, distribute, test process, by eliminating the need to compile code and allowing users to build and test together in real-time. The application is available on Kickstarter through August 22, 2020.

Existing applications that have attempted to offer a sandbox game building environment have a variety of limitations that Gamelodge overcomes. Roblox has become popular with young gamers, but falls short on graphical fidelity and VR controls. Other options that thrive in VR suffer from limited scripting accessibility, poor control systems, and often don’t offer desktop support. These shortcomings are core competencies in Gamelodge.

Gamelodge, is a new platform that serves as both a depot for games made by other users and a stepping stone for aspiring game developers Click To Tweet

From start to finish, a user with no experience with complex game engines or knowledge of code can build a game in a weekend. Objects, particles, and textures can be easily uploaded to the shared database, or users can drag and drop objects from the existing library of models to start building a scene. Users can make games without writing a line of code with the in-app scripting library. New scripts can be swiftly written in Miniscript and immediately applied without compiling a new build or exiting the program. The whole process can be done collaboratively with other users in-game. 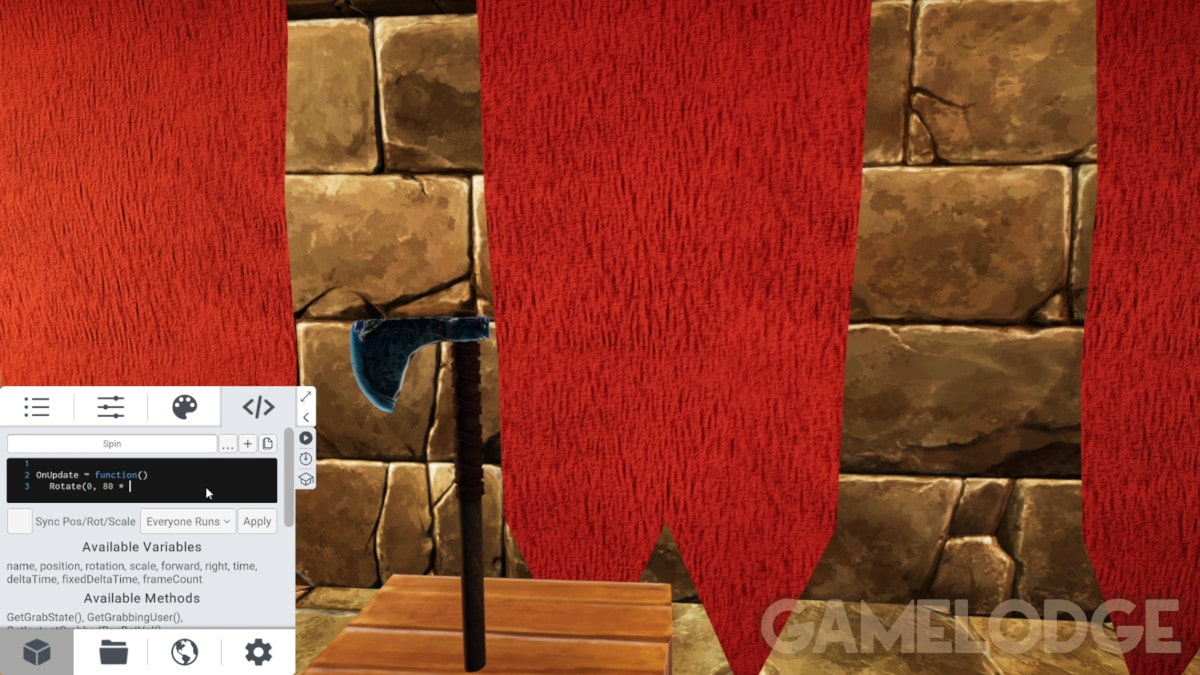 From start to finish, a user with no experience with complex game engines or knowledge of code can build a game in a weekend Click To Tweet

Even experienced developers can find value from a tool that allows for such swift creation. One study showed that just 20% of released games make a profit, which means a lot of time, money, and energy is lost on games that don’t resonate with their audience. For a creator who is debating the direction to take their next project, the ability to build and test game concepts in an easy and accessible environment can be a form of early market research. An early draft of a game idea, built quickly and shared within the community, may help identify which aspects resonate with players and which parts miss the mark.

In the ever-growing yet slowly diversifying community of game developers, new tools that help democratize the industry are more important than ever. Broadening access to both creating and testing games could reduce developer resource waste and expand the voices and concepts showcased in the game world. Ultimately, a space that allows anyone to play and create games with friends collaboratively across platforms could break down some of the barriers in game development and empower a new community of creators.

In the ever-growing yet slowly diversifying community of game developers, new tools that help democratize the industry are more important than ever Click To Tweet

About the author, Ela Darling, co-founder of Gamelodge 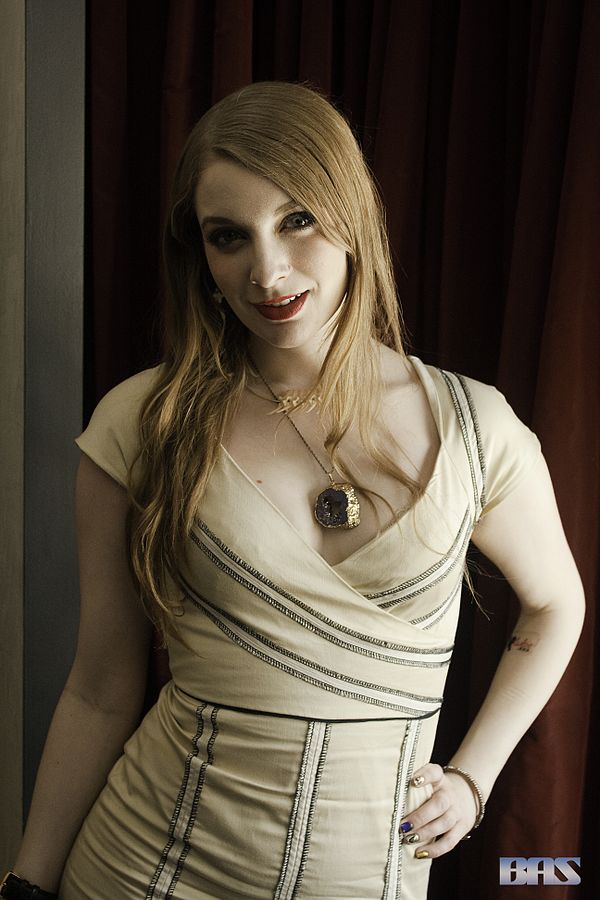 Ela has a diverse background in Virtual Reality spanning over six years. Cofounder of GonzoVR, a live VR broadcasting platform, and Gamelodge, a comprehensive sandbox game builder. She has spoken about various aspects of VR at conferences all over the world including a TEDx talk in 2016, and is considered a pioneer in certain verticals in the industry.