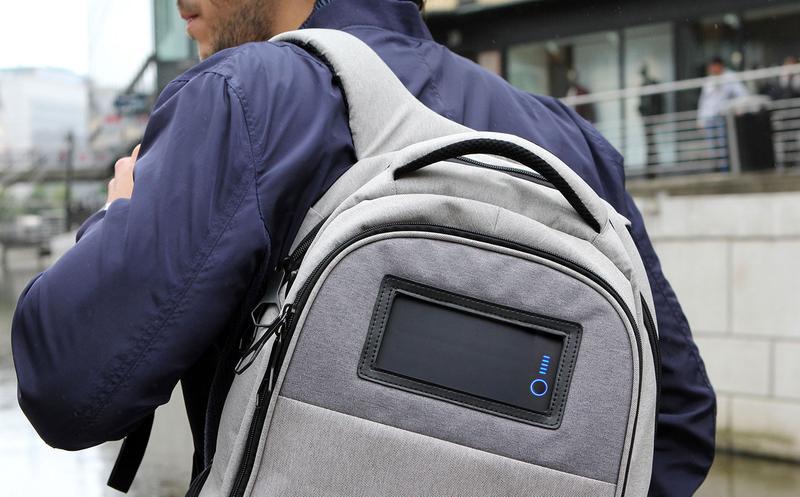 I’m a big fan of crowdfunding and it’s always nice to see a great product spectacularly smash its target. Such was the case with Lifepack. Their nice-looking and incredibly practical backpack got over $613,000 in pledges – not bad considering their initial goal was a rather modest $20K.

When I got to test-drive mine I was very impressed indeed. Not only does it have a vast and sturdy array of pockets to keep all your belongings organised during your travels (including anti-theft hidden ones), but it will keep you connected and entertained while doing so.

The solar charger works even in low light conditions and you can plug it in through handy side openings instead of having to unpack everything all the time. It also comes with awesome Bluetooth speakers, because who wants to be without their tunes? It definitely gave me a case of the itchy feet, bring on Springtime hiking I say! 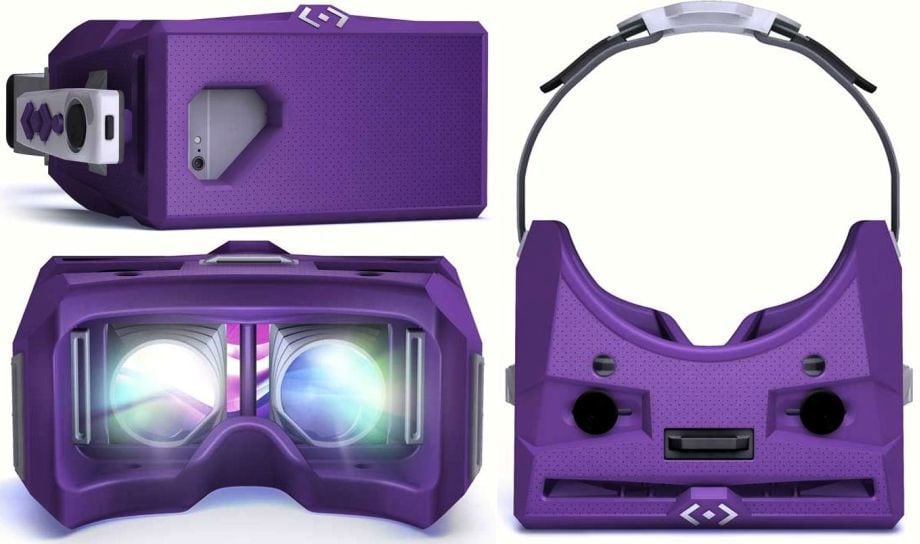 With so many cool applications such as Google Expeditions being developed and freely accessible for teachers, incorporating VR into lesson plans is likely to become routine, apart from the gaming and entertainment content that will also surely become more popular in the months and years to come. But while Google Cardboard is a great device as far as giving people a first taste of what the technology does, it is far from comfortable to wear for long periods of time. And that’s where there’s a big gap in the market for reasonably priced and well-designed goggles.

The Merge VR Headset is a HMD (Head Mounted Display) for Virtual Reality specifically designed with younger users in mind. It’s funky looking and hands down the most comfortable headset I ever put on. It is hardwearing and made of a soft foamy material that makes it easy to clean and extremely resilient. In short, it’s not the kind of gadget you need to be too precious with. The only niggle I had with it is that it that it was rather a tight fit for loading your phone into, which tended to sometimes interfere with the touchscreen as you were doing it. Otherwise a nice piece of kit, now available in a range of bright colours.

I spend so much time typing I’m always game for trying the latest keyboard. What I like about this one is not only the nice feel of the keys, but the fact that it’s ultra-slim (even more so than your standard Mac keyboard, as it is does not have the bulky bit at the back where you have to insert old-fashioned batteries).

Speaking of batteries, that’s what sold this baby to me. I absolutely loathe how often you have to change the batteries on your Bluetooth Apple keyboards – to say nothing of the rummaging around for a coin to get the compartment unscrewed and trying to remember which way in they go – , and the fact you can just charge this one via USB is a real godsend. It also looks cool (I had the black one but they will soon be launching pink and grey versions) and is small and lightweight enough to carry around comfortably. 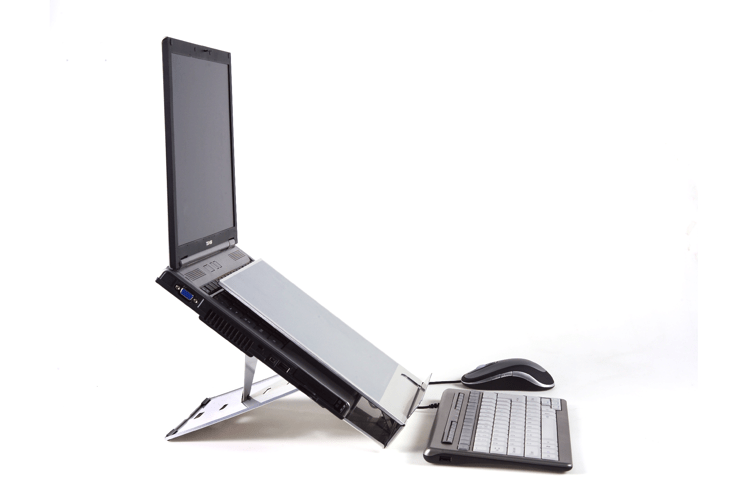 The mini Bluetooth keyboard above now lives in my laptop bag, and the Ergo-Q Notebook Stand is its mate. Both together take up less room than a slim paperwork folder and with that I can setup anywhere like I’m in a proper office without getting neck or wrist pains.

The stand’s design is really clever, packing completely flat but offering 5 different height positions for your screen. I also love the fact that if you are using an external keyboard, you can fold the front bit over your notebook’s own keyboard and prop papers there, ideal for when you’re typing up notes. Its not the cheapest stand, but it is certainly the nicest portable one I’ve used so far, and it looks rather stylish too. 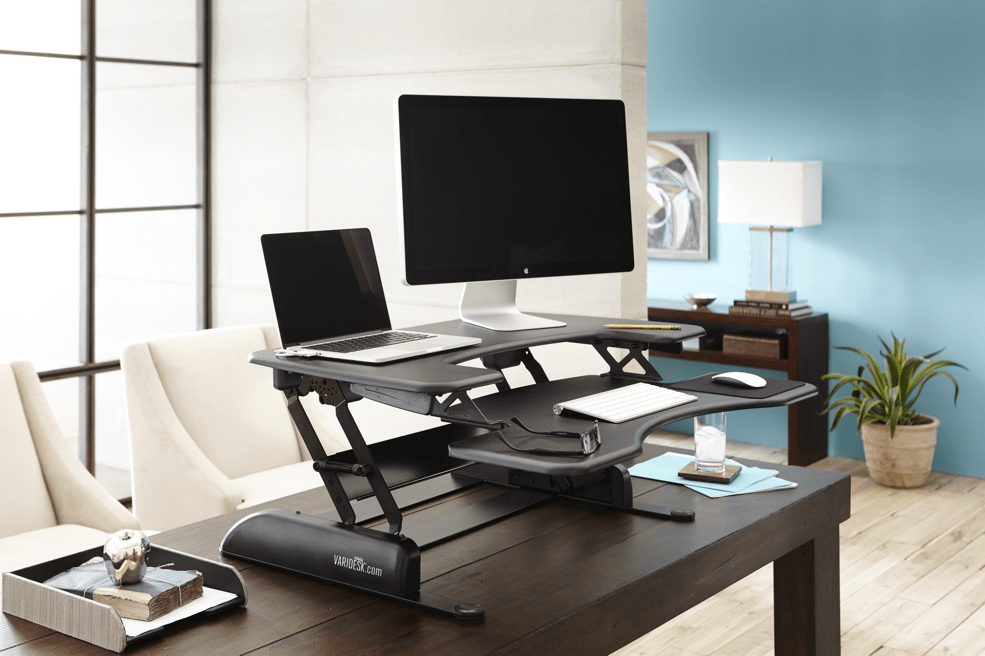 And while still in the subject of RSI, and workplace health, the Varidesk is also a great versatile piece of equipment. It is sturdy, practical and has room for your entire office setup. It works really nicely as an ordinary desk when it’s folded down, providing nice wrist support for typing, etc. and keeping your monitors at a good height.

In addition to that, however, the real selling point of the desk is – as the name suggests – the ability for the user to mix it up. Experts recommend that we shouldn’t stay in one position for long periods of time, but it’s not always easy to tear ourselves away from the desk to take those regular advisory breaks. By switching the desk to a standing position, though, you can get the same sort of benefits while still getting the work done. It’s actually amazing what a difference it makes. I guarantee that after an hour or so you’re going to start feeling your legs working even by just standing still. Again it’s not exactly cheap, but it’s built to last and a good investment for a home office setup. 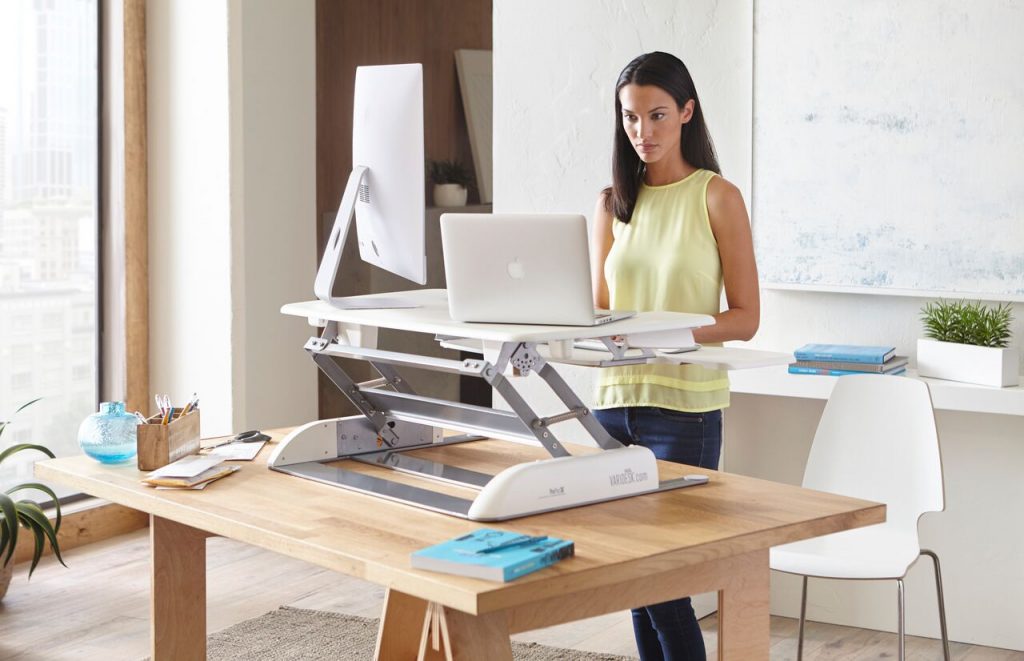