Virtual Reality is all about presence,  so content that lets you create and share live moments could be its killer app 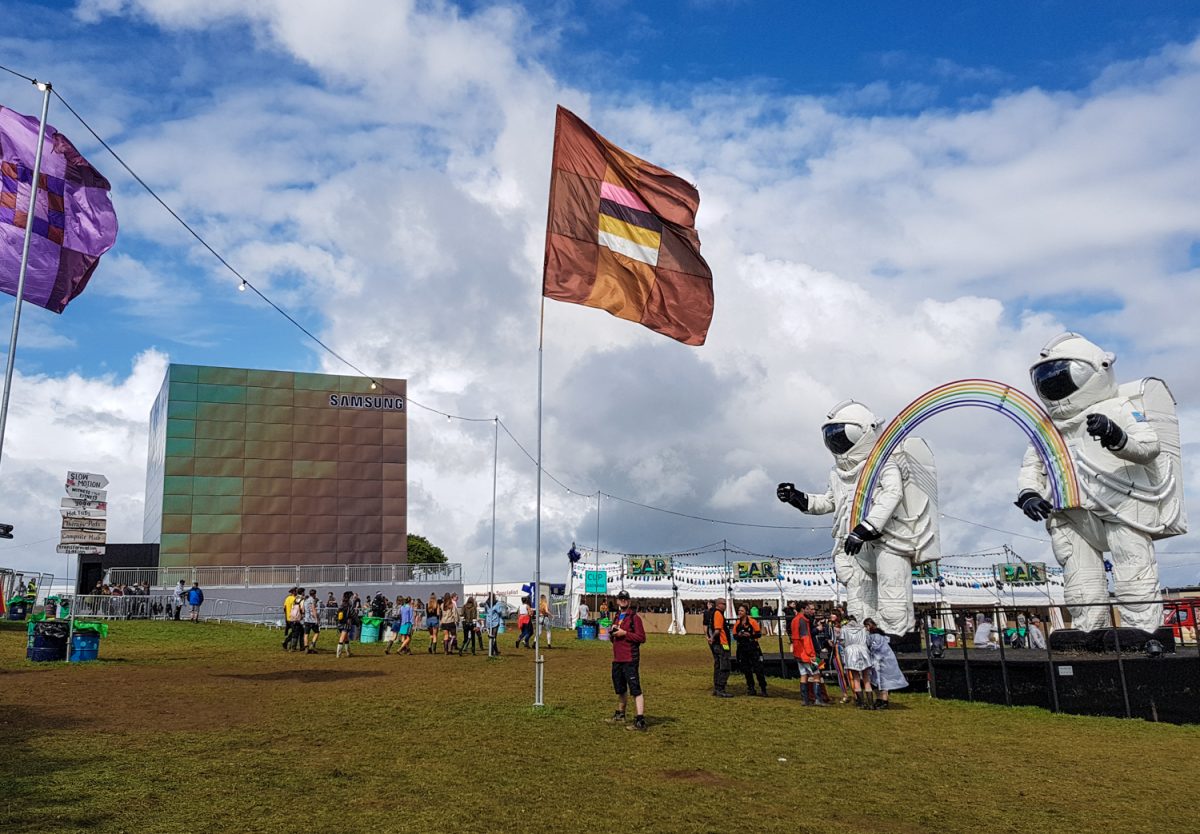 Getting people to try out a VR experience for the first time is usually not hard. The novelty factor gets most people curious enough to at least give it a go. And having watched a lot of newbies (or VRgins as I like to call them) go through those first moments of immersion is always a lot of fun, as they gasp and reach out to touch things that aren’t really there.

But if this new medium is to fulfill all its shining commercial promise, and prove to the doubters that it’s got the momentum to move beyond its “hype cycle” it needs to get those first-time users to do it again, and again… and so forth. In other words, we need to make VR “sticky.” 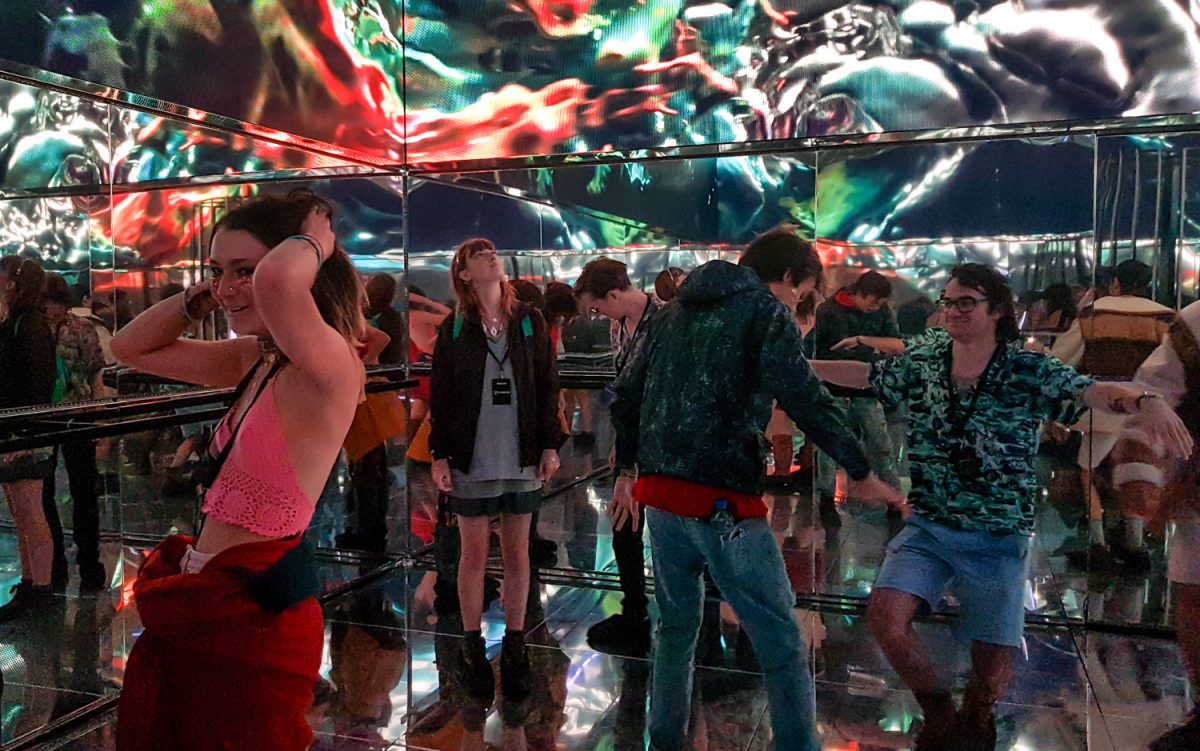 To do that, companies pushing the technology (specially around mobile VR) have to enable users to create and share content in an intuitive, compelling and addictive way. And while there’s probably not one silver bullet for what that’s going to look like, it is clear that piggybacking onto live events presents some interesting possibilities.

Think about it: when you go to an event – be it a comedy show, a play or a rock concert – you are there to create some memories. You’ve invested serious time and money into being there in that moment, and that usually means people are keen to share them with friends (wherever they happen to be) and even broadcast it to strangers. And we usually do that by taking pictures or video on our phones and sharing these all over social media. 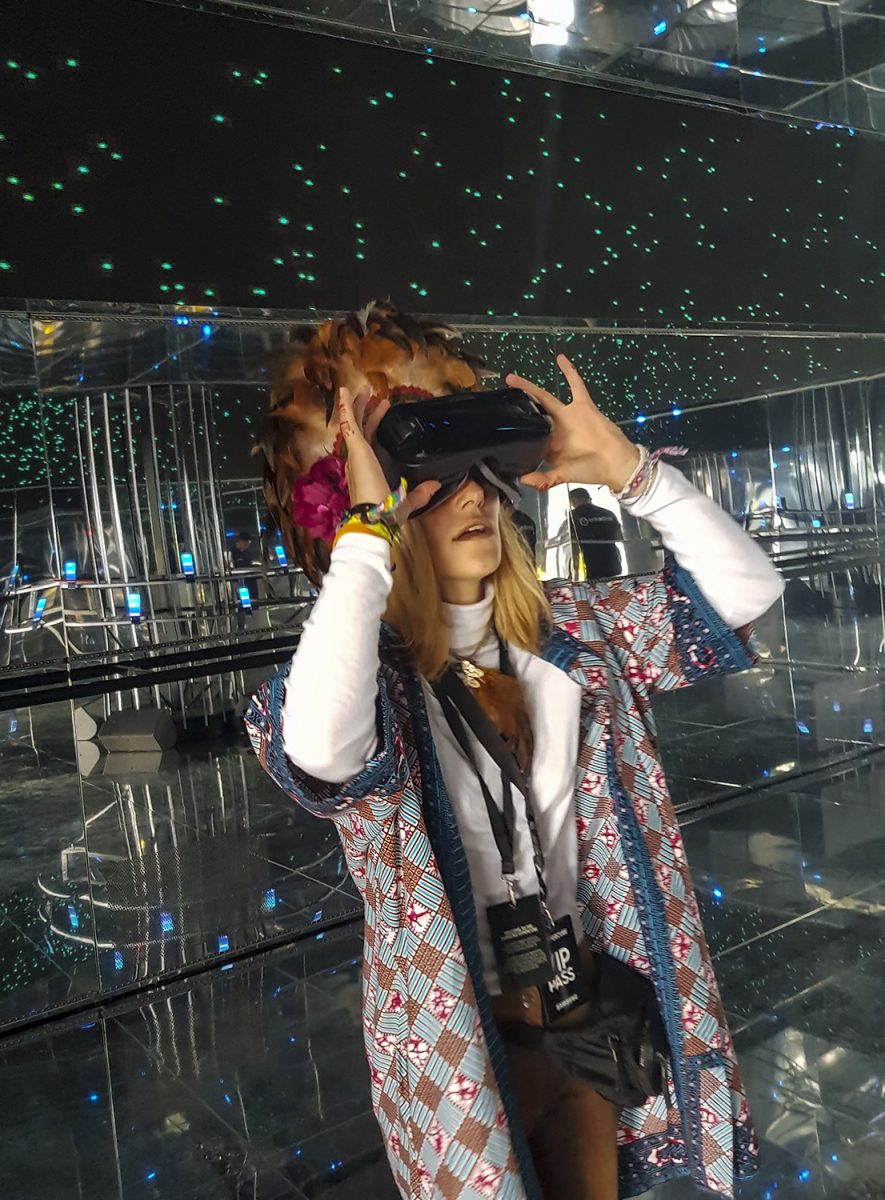 This is why Social VR has attracted such attention. Linden Lab recently opened up its Sansar platform, and AltspaceVR got substantial amounts of investment by exploring the live events vertical. And even though AltspaceVR recently hit significant obstacles, narrowly missing having to close down, there is little doubt that social will play a huge part in the mass consumer adoption of VR.

The latest crop of smartphones is already making it possible to create that shareable content in 360, and platforms like YouTube allow you to easily share it too. Companies like Samsung have invested heavily onto those functionalities for the Galaxy S8 Handset, and you can also get peripherals such as a camera that automatically takes 360 pictures. 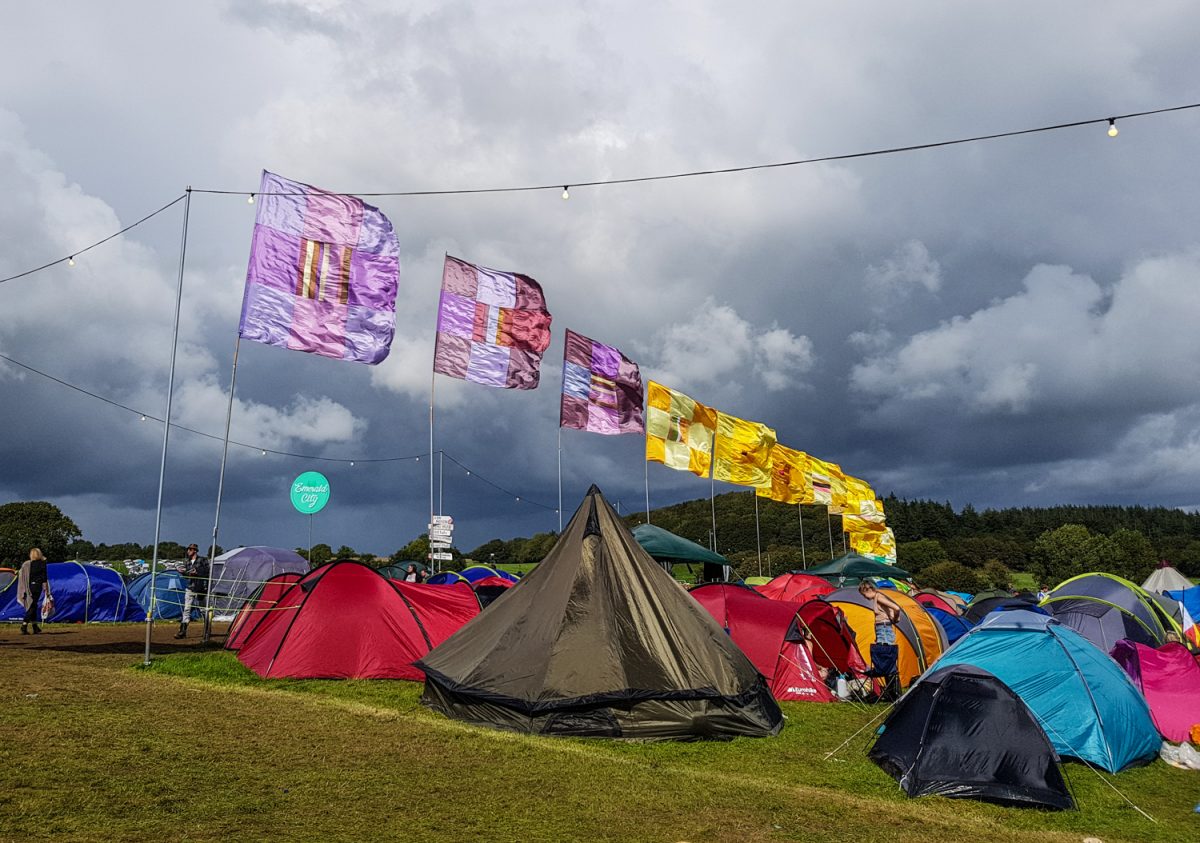 Yet for most of us, though, that all still feels a bit intimidating, so the challenge is to show users that such 360 content can be easy to capture, easy to share, and socially relevant.

This is in fact what Samsung set out to do by bringing a giant 40-foot installation to two of the most popular events in the UK Summer festival calendar: Reading and Bestival. 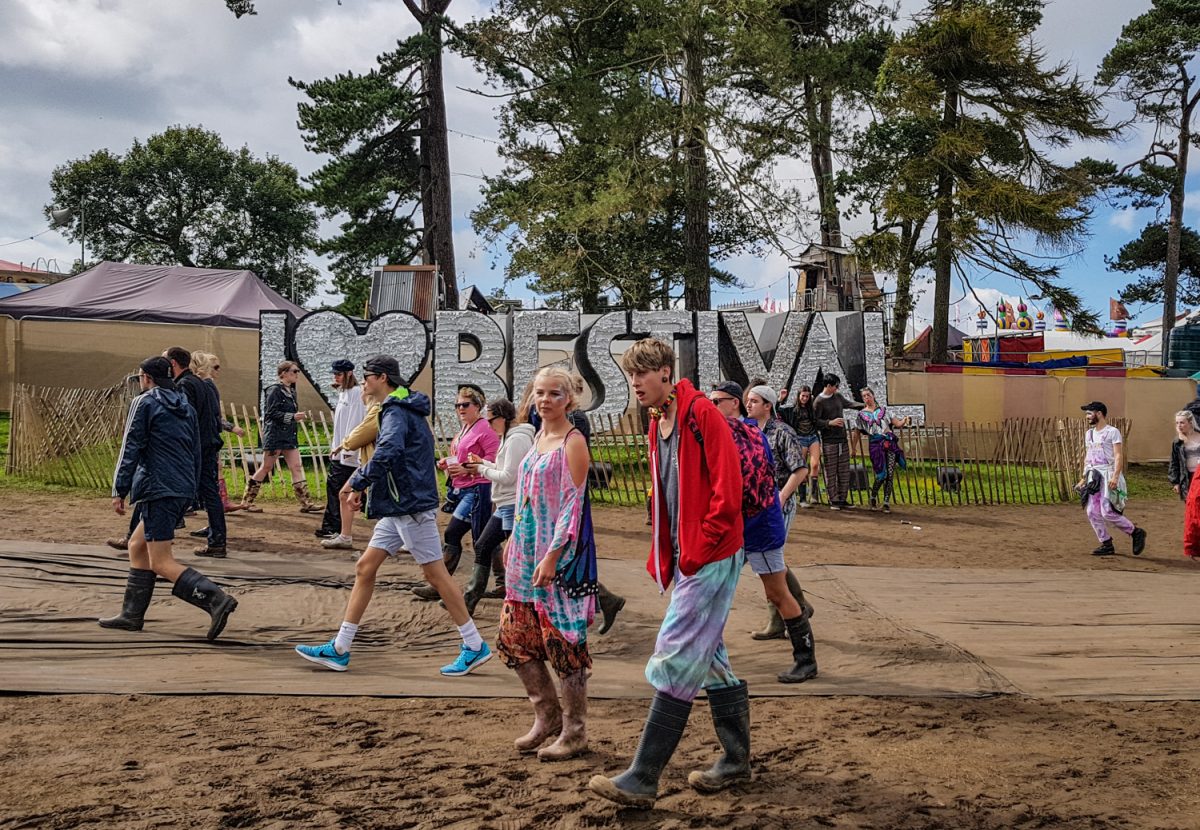 The so-called Hypercube housed a mirrored chamber which created an infinity effect that was enhanced by hundreds of projected light effects. Into that chamber, groups of 30 festivalgoers at a time were ushered in with instructions to dance their hearts out to create a collective selfie, which was captured by a 360 degree camera mounted on the chamber’s ceiling.

That selfie then got emailed to each reveler, who in turn shared it around. Although very visually impacting, however, this wasn’t about showcasing breakthrough tech. This was all about showing people that 360 and VR content is just the logical next step in social content sharing. And if the excited crowds on the day were anything to go by, it seemed to be working. 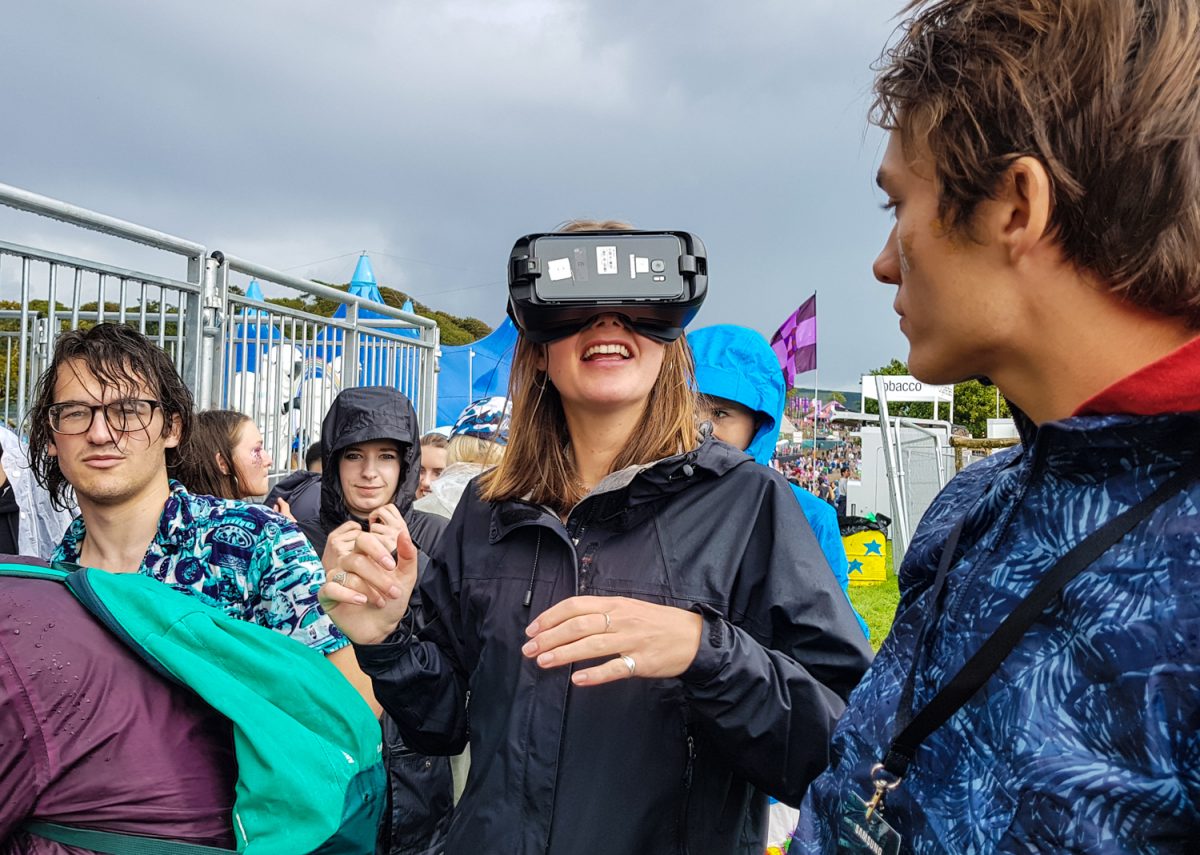 It’s difficult to say which will prove the crucial tipping point for VR and 360, but what is clear is that such stunts can be useful in bridging the psychological gap in your typical user’s mind between VR as a gimmick and VR as a technology that they can incorporate into their everyday lives.

We saw this happen with the Internet and mobile, and at various points with every groundbreaking technology we’ve also had many pundits come out and say that the “hype” was over at various stages. Personally, however, I think VR’s ability to create a sense of presence gives it a unique edge, so that it will eventually become pervasive. And the sooner we get people creating and sharing meaningful moments and memories, the quicker that day is likely to arrive.