We’ve all been there. As the long months of winter drag on, getting home after another long commute through the cold and the rain. You turn on the news, and switch it straight off, because Brexit is still not a bad dream after all. It’s ever so tempting to dial for that takeaway or reach for the comfort food, but it’s only January and you’re trying hard to be good.

As @Schwarzenegger will tell you, there is simply no magic pill where it comes to keeping fit Click To Tweet

As Arnold Schwarzenegger will tell you, there is simply no magic pill where it comes to keeping fit, but there are things that can help you stay on the right track. One of those things is not being hungry while making decisions about what to eat, and that’s where drinks like Soylent come in handy. It’s a ready-to-drink high protein concoction that has been specially designed to give you the nutrients you need while avoiding those pesky cravings.

There is no magic pill. There are no shortcuts. There are only reps, reps, reps. To be your best, you’re going to have to work your butt off. But we are here to help at @weareladder. Join us: https://t.co/O45VLvWEXt #lifeisaworkout #thereisnomagicpill pic.twitter.com/HsTAkDpIjy

I like it specially because it doesn’t need be refrigerated, so you can keep an emergency bottle in your bag or car for whenever the need arises. I took it with me on a massive road trip a while back and was pretty fine with not eating anything else, plus it’s available in a coffee blend that helped to keep me alert without resorting to energy drinks, most of which I can’t stand. As a bonus, it’s also a really environmentally-friendly product.

“Soylent has been developed with the planet in mind. A vegan and nut-free drink, it uses plant-based protein to ensure less water is utilized and less CO2 is produced compared to the process to source protein from livestock. The innovative drink design also reduces food waste – with a year-long shelf life from the manufacture and no need for refrigeration until opened, Soylent is able to stay fresh and tasting great for longer,” explained Andrew Thomas, VP of Brand Marketing for Soylent.

Soylent has been developed with the planet in mind. A vegan and nut-free drink, it uses plant-based protein to ensure less water is utilized and less CO2 is produced compared to the process to source protein from livestock Click To Tweet

Now Soylent announced a partnership with Endpoint team, supporting them in their campaign to become the first UK esports league team to reach the global top 30. Just a few days ago, the team competed in the ESL CS:GO Premiership Winter Finals, the world’s longest-running professional CS:GO league which they’ve dominated for the past two years and saw them pip top esports teams to the post in the Counterstrike tournament.

“Soylent was developed to help people dodge food voids, which is our way of describing those situations in which you make unwise food decisions you’ll likely regret. Food Voids are usually borne out of a lack of time to find a healthy meal, so it was a natural fit for us to help fuel the Endpoint’s success with our ready-to-drink meals, which contain the nutrition they need when training and competing,” says Thomas. “The Endpoint team is on the cusp of becoming one of the most successful esports teams in the UK, so this partnership was a no-brainer.”

Research conducted by Soylent in the UK  uncovered that almost a quarter of gamers skip one meal every day, especially when in the heat of (an online) battle or the midst of an epic quest. Currently Endpoint have a gaming house in the north of England which they use as a boot camping facility, and last year Soylent fuelled an Endpoint boot camp which took place 10 days before Insomnia Gaming Tournament 2018 in which the team championed.

It’s ever so tempting to dial for that takeaway or reach for the comfort food, but it’s only January and you’re trying hard to be good Click To Tweet 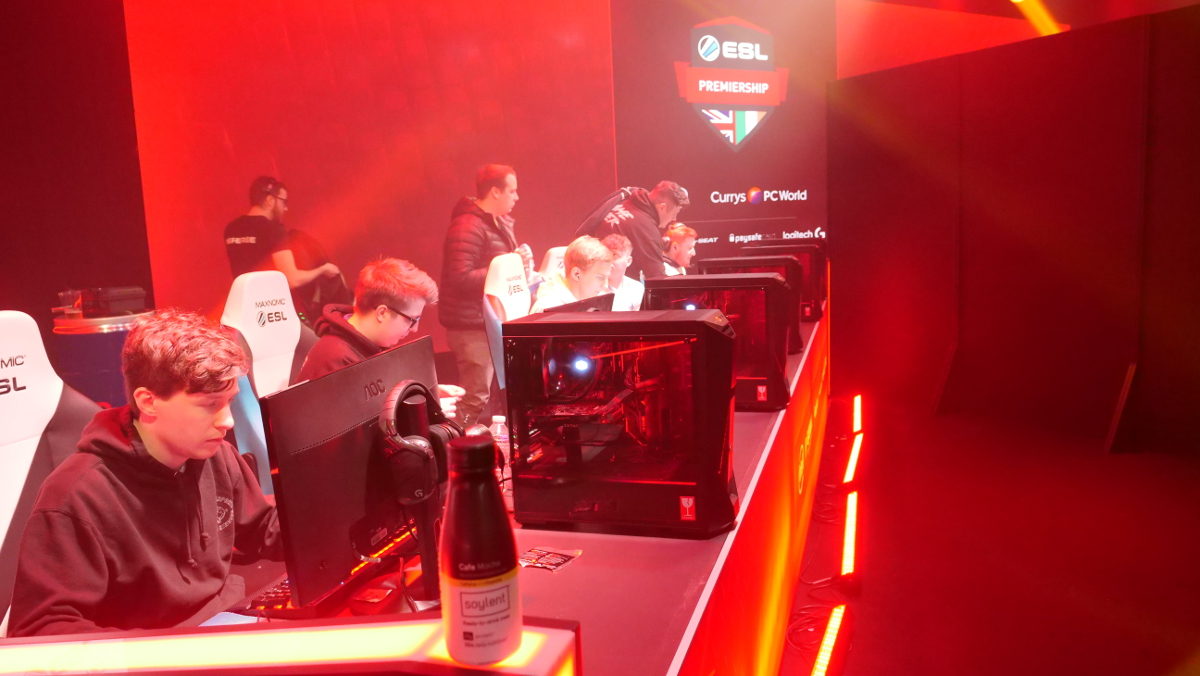 Soylent was originally developed in Silicon Valley and has been doing really well in the U.S. (In January it was the top grocery product on Amazon.com) being stocked by Walmart, 7-11, Kroger and other retail giants. You can now also order Soylent in the UK via Amazon priced at £39.00 for a case of 12 bottles (£3.25 per bottle).