Using immersive tech for therapy and meditation is becoming more popular, but can Healium really make us forget the misery of long-haul flying?

Keen to explore the potential of immersive technologies to enhance passenger wellness during long-haul flights, StoryUP has partnered with French-American company Skylights, which has recently (no pun intended) cinematic VR as premium passenger entertainment to work towards integrating its Healium content onto their Allosky headsets.

Healium is an immersive media channel that aims to combat stress by using immersive technologies like Virtual and Augmented Reality together with biometrics monitoring. Stress is THE 21st century’s epidemic according to Healium, and self-awareness is the first and crucial step towards tackling it, as is what they describe as “loving-kindness content.”

The app uses real-time EEG feedback to increase feelings of positivity by placing the viewer in environments which are healed and transformed by their changing biometrics – which is done with devices such as the Muse headband or smartwatches. 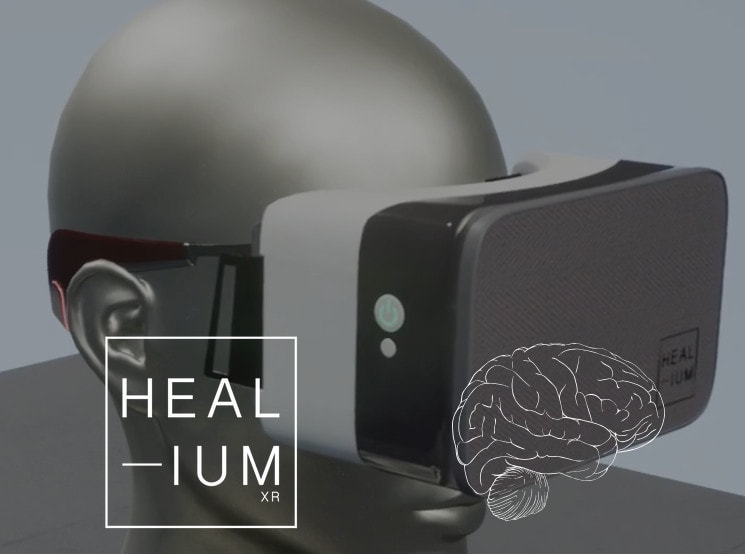 And although this all still works without wearable integration, or VR goggles for that matter (there is an AR version which you can use on mobile devices, currently only on IOS but coming soon to Android) it is a much more immersive experience to use the brain-sensing headband or other wearable as a controller. The visual meditation experience is powered by your own brain and heart rate, so that as you move towards greater inner peace, the changing brainwave patterns or slowing heart rate moves it along, making flowers grow or the sun shine more brightly. Rather poetic, really, but also a design choice based upon research that indicates that exposure to nature and mindfulness practices can aid in relaxation and anxiety reduction.

Intentionally crafted VR experiences can be therapeutically effective Click To Tweet Increases in Alpha power are associated with lower levels of anxiety and increased calmness Click To Tweet A recent study published recently in Frontiers in Psychology, found that applied relaxation techniques had comparable effects to Cognitive Behaviour Therapy (CBT) as do therapeutic approaches that incorporate mindfulness training.

According to the paper, anxiety disorders are the most common mental health disorder in the United States, with as much as one third of the population experiencing it at some point in their lives. Given the number of people affected, it seems a logical step to explore the potential of accessible, user-friendly, engaging technologies to assist in this treatment process.

Anxiety is the most common mental health disorder in the United States, with as much as one third of the population experiencing it at some point Click To Tweet

While previous research has established that VR can be successfully used in the treatment of anxiety disorders, including phobias and PTSD, here researchers compared a brief nature-based mindfulness VR experience to a resting control condition on participants suffering from anxiety. The results demonstrated that both a quiet rest control condition and the VR meditation significantly reduced subjective reports of anxiety.

“VR intervention uniquely resulted in shifting proportional power from higher Beta frequencies into lower Beta frequencies, and significantly reduced broadband Beta activity in the anterior cingulate cortex. These effects are consistent with a physiological reduction of anxiety,” the paper states. 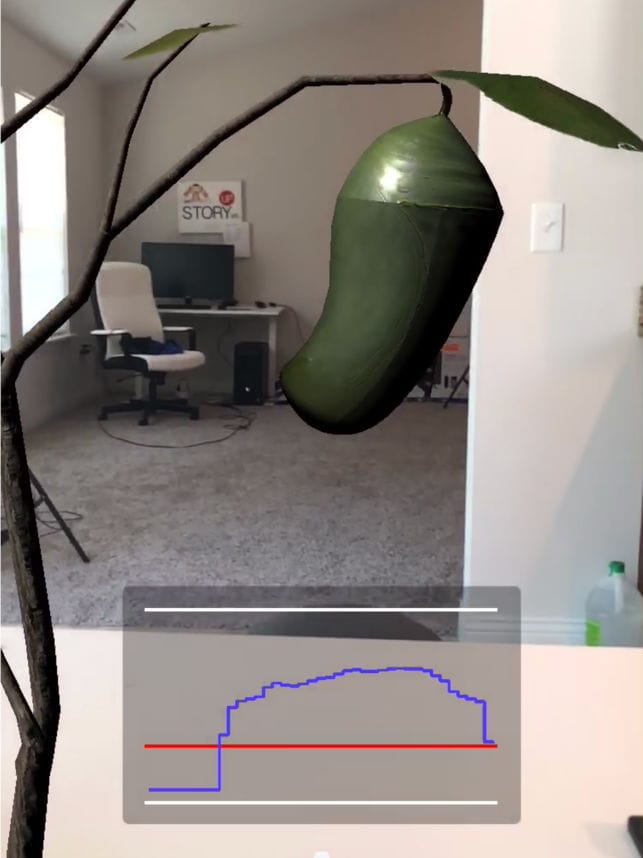 The results support the notion that intentionally crafted VR experiences can be therapeutically effective, and may result in “immediate, adaptive psychophysiological outcomes.” There is early evidence, the researchers conclude, that VR based meditation interventions have the potential to play an important role in anxiety management and stress reduction. “As VR technology becomes more accessible and user-friendly, this type of intervention may find its way into a variety of environments and applications. Because the technology is relatively easy to use, it may serve as a wellness tool in work and school environments, as an intervention for persons with lack of access to nature, as a calming technique for persons receiving medical/dental procedures, as an adjunct to traditional therapeutic interventions.”

Who knows? If this catches on and eventually becomes part of the standard offering with most airlines, next time you’re facing 10+ hours squeezed in that middle seat in cattle class, you might just be able to escape to your own little Nirvana and emerge as a happier, healthier person upon landing. Until then, we’re stuck with more traditional therapies like cornering the flight attendant for that extra G&T.