When I was about ten, I desperately wanted one of the cute alien robots from Batteries Not Included * but in those days, the most you could hope to find under the Christmas tree was a toy that looked a bit like a robot and made some obliging beeping noises.

Fast-forward to last Christmas, however, and my dream of owning a fully-fledged cute robot finally came true. After watching Star Wars: The Force Awakens for the sixth time I decided to ‘treat my husband’ to a BB-8. And while the dogs were distinctively unimpressed, we sure had a blast spinning the little guy around.

Yet when I got sent a SPRK+ to test (I DO love this job) I didn’t’ immediately realize that it came from the same people as made the BB-8. As it turns out, Sphero has been making little round robots for quite a while, ever since they graduated from the Techstars accelerator in Boulder, CO, back in 2010.

Like BB-8, Sphero’s latest ball-bot is on an important mission: Teaching kids to code. The company sold over a million robots in 80 countries so far, but the SPRK+ is designed to be their most tinker-friendly and hardwearing robot yet, with a scratch-resistant, waterproof outer shell, it can take a good bouncing. 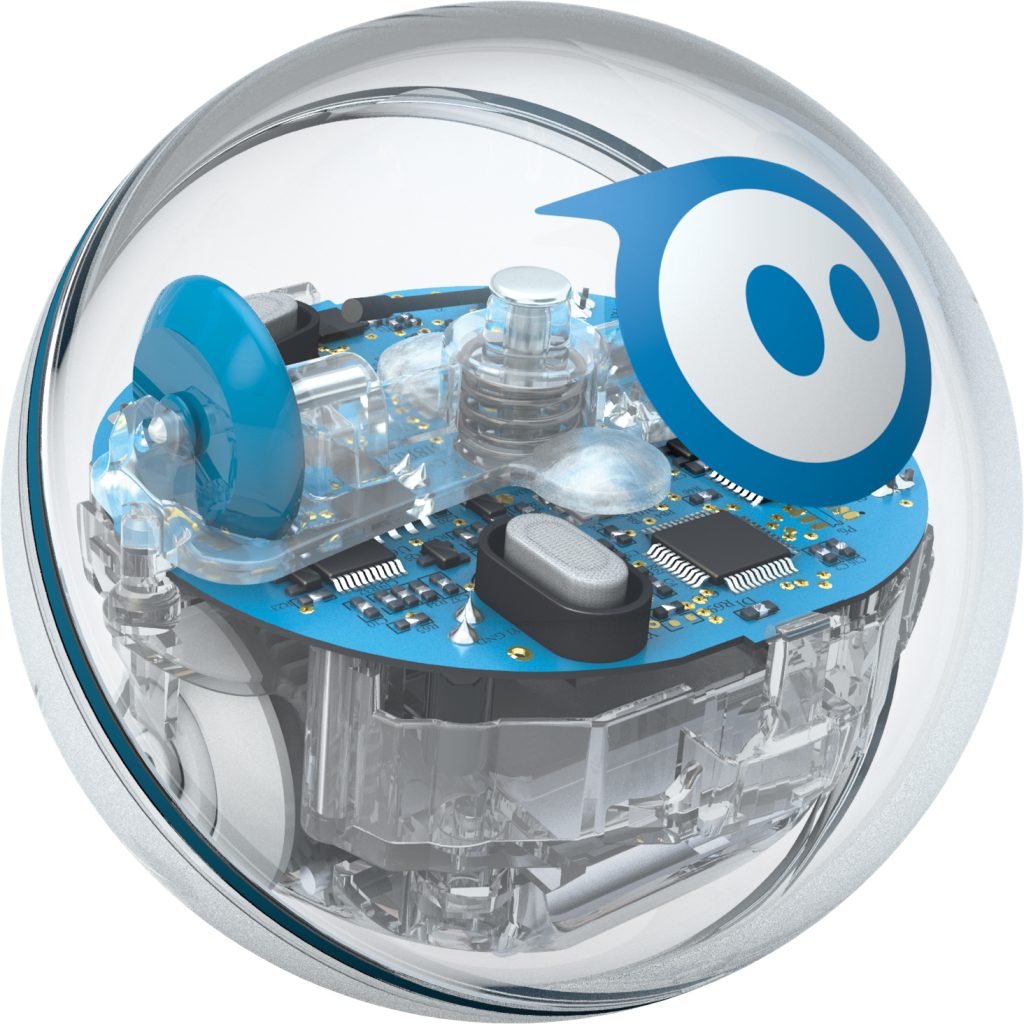 While it’s not exactly cheap – the SPRK+ retails at around $130 – the fact that you can buy and program your own robot for less than it costs to buy a fancy pair of shoes is a testament to how far technology has come since my own childhood.

What I love about it – as someone with admittedly limited technical skills – is that you can casually start playing around straight away. Tap the ball to your phone and the app syncs the devices automatically. The transparent outer shell lets you see what’s going on inside the robot, and you can drag and drop modular puzzle elements in different sequences to make it do simple things like change colour or roll in different directions.

you can casually start playing around straight away. Tap the ball to your phone and the app syncs the devices automatically Click To Tweet As well as over 150 learning activities, you can tap into a host of programmable features like sound effects, LED lights, sensors, accelerometer and gyroscope Click To Tweet

For those who want to dig deeper though, the sky is the limit. As well as over 150 learning activities, you can tap into a host of programmable features like sound effects, LED lights, sensors, accelerometer and gyroscope. There is a healthy global community of users that collaborate on projects through the Lightning Lab app which works across iOS, Android and Amazon Fire devices. It lets you easily share programs – using Sphero’s own programming language called OVAL – much as you would on GitHub, which is great for building up real-world programming skills. 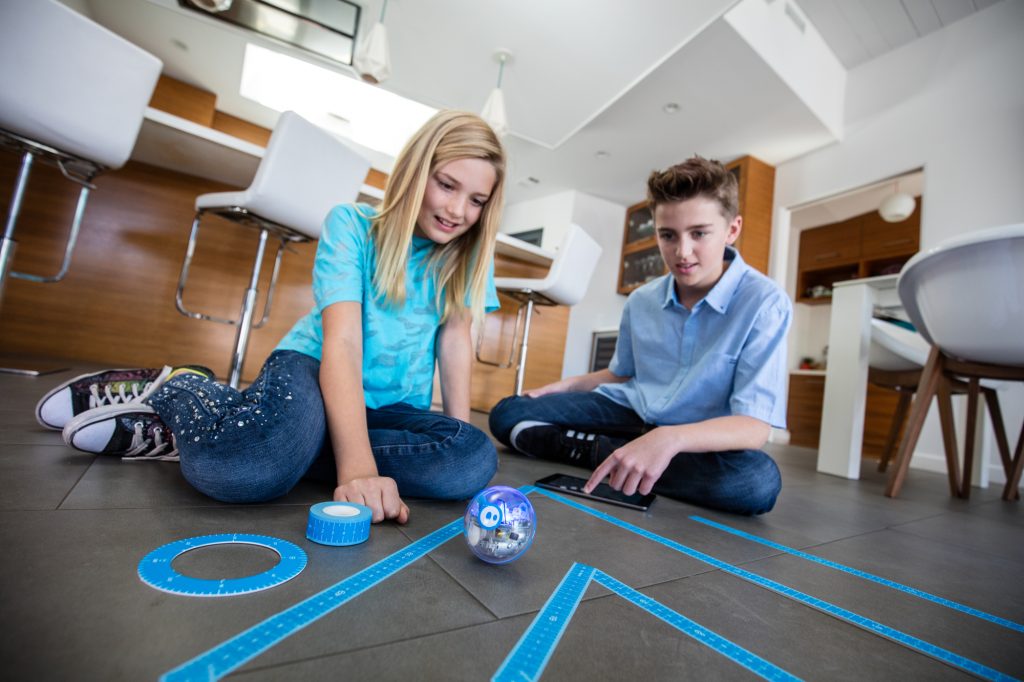 David Millage, General Manager of Education at Sphero, says that the beauty of SPRK is that it teaches all sorts of valuable 21st century skills, cleverly disguised as play: “Learning is evolving and we are seeing a transition from consumption to creation in the classroom. Our robots are being used to teach everything from art to physics in a fun and hands-on way that engages students on a new level.”

I never tire of preaching the gospel of coding, because as much as not everybody can be good at it, we all should learn as much as possible about the technology that makes the world go around. If nothing else, it’s great exercise for your brain, and with things like Sphero, it’s also fantastic fun. After all, who wouldn’t want to build their own Solar System? And BB-8 also enjoyed meeting his new friend: 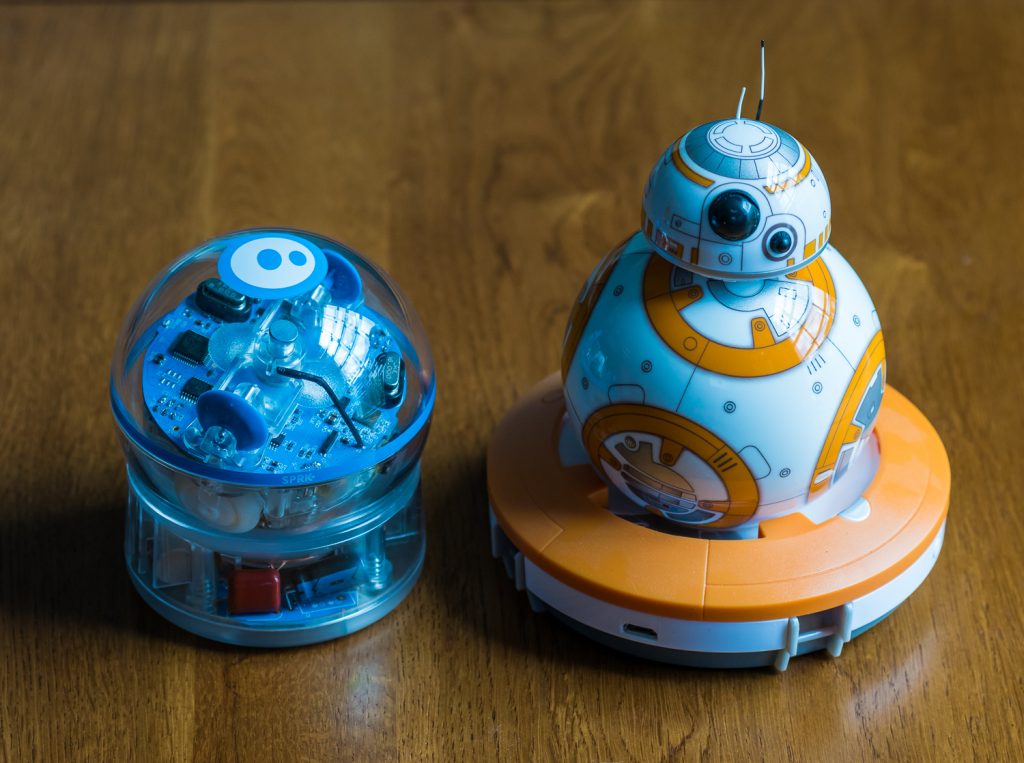 *Classic 80s feel-good film, look it up if somehow you’ve managed to grow up without seeing it.