Beirut might not be the first place that springs to mind when thinking about ground-breaking technology, but the fact is that Lebanese talent has actually played a pivotal role in many of this century’s most important innovations.

With a diaspora estimated at around 14 million, a staggering 90 percent of the population lives abroad, including some illustrious names such as Tony Fadell – who led the team that invented the iPod before founding Nest Labs, the developers of the world’s first smart learning thermostat, and now currently leads the Google Glass Division. And Ramzi Haidamus, President of Nokia Technologies and a key player in pushing the worldwide adoption of Dolby technology on DVD and Bluray during his time with the company.

The UK-Lebanon Tech Hub is an initiative designed to showcase this innovative spirit and help promising Lebanese companies to scale up, develop partnerships, and expand their global reach. 15 startups were carefully chosen for the six month accelerator, funded by Lebanon’s Central Bank and the UK government, which includes courses at leading UK universities and meetings with investors and tech entrepreneurs.

This cohort includes a range of bold and innovative concepts, elegantly executed, that are really pushing the envelope in the HealthTech arena.

Among these are a device offering allergy sufferers practical advice on how to improve their condition, a lighter which helps smokers kick the habit once and for all, and a cardiac monitor that can alert your doctor of danger signs before serious heart conditions manifest themselves.

CardioDiagnostics founder Ziad Sankari is a typical example of the new generation of Lebanese entrepreneurs emerging in the world stage. He founded the company in the US in 2012, but opened a Beirut base the following year:

“Some years ago it was easier to start up outside Lebanon, but since 2013 there has been far more Government support, including the Banque du Liban’s Circular 331 scheme. This made available $400 million to encourage banks to invest in the knowledge economy through direct investments or venture capital funds. We’re now looking to take the next step and really break into European markets.”

His cloud-based wearable heart monitor, LifeSense, recently attracted attention from Barak Obama, who invited Sankari to the White House and praised the innovative way that it leverages data in preventative medicine, alerting a patient’s doctor at the earliest signs of trouble and thus making it much more likely that they can get to life-saving treatment in time. 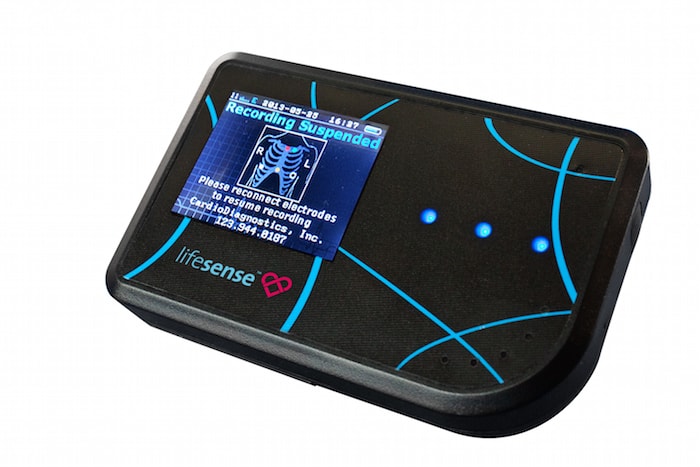 Paying tribute to their work, President Obama said: “You are the face of change. You have the power to drive creative solutions to our pressing challenges. You know how to bring people together to work toward a common goal.”

LifeSense is the first of its kind in the world, using advanced wireless monitoring system to automatically detect, record and transmit a wide range of cardiac events, checking the electrical activity of the heart, detecting abnormalities and allowing physicians to monitor patients continuously in real time. Accessible from any internet-connected device, the solution is Hardware-Agnostic, allowing for easy and cost-effective implementation.

“We’ll now be looking to develop partnerships with UK and European companies during our time in London, including medical device manufacturers, distributors and healthcare providers as well as scientific and research collaborations,” explains Sankari.

Slighter is also exploring similar partnerships as they prepare for their first trial in the UK, which will explore the effectiveness of their smart lighter in helping smokers quit by analyzing their behavior patterns. 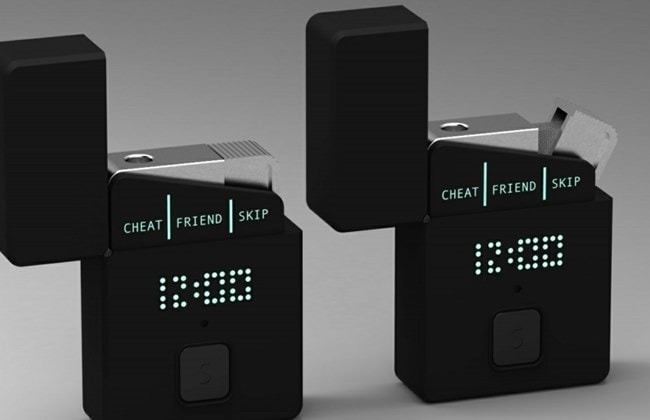 The lighter’s algorithm manipulates the frequency at which users are “allowed” to have a cigarette, building a personalized plan based on their smoking habit, leveraging behavioral psychology, competition and social mechanics to offer a medicine-free smoking cessation aid.

After years of trying to give up smoking, Slighter’s inventor Samer el Gharib realised that social triggers and peer pressure were highly effective tools in motivating people to break the habit for good.

“The lighter gives you the option to ‘skip’ a cigarette or ‘cheat’ by having an extra one,” he explains “but it also gives you the option to challenge your co-smoker friends to compare their progress to see who reduces more or quits altogether first. You can then share your victories and get moral support from the community via the app”

Samer plans to build the first 200 lighters in the UK, expand the team, and build partnerships to better test, understand and target anti-smoking solutions. “For me this is personal, as I want to live long and healthy life with my wife and children, and I know there are a lot of people out there who will benefit from this device.”

Another ground-breaking IoT device that is set to improve the health of millions of people is Sensio AIR.

The device, developed by White Lab, is the first allergen and particle tracker that comprehensively analyses the air you breathe – identifying a vast range of irritants and allergens such as pollen, acarids, mold, spores and harmful gases – and then uses an its unique algorithm to propose a list of actions you can take to improve the air quality of your home. AIR pushes this data directly to your smartphone, also alerting of dangers such as gas leaks and fires.

“By 2050 it’s estimated that over half the world’s population will be allergy-prone, but unlike most allergy medication, AIR offers relief through prevention with no side effects,” says White Lab Co-Founder Cyrille Najjar, who recently won first prize at Harvard Arab weekend 2015 for their invention.

With 21 million people affected by allergies in the UK, it’s an ideal testing ground for the AIR’s roll-out, which will begin in February. “We want to make allergy prevention easy and accessible to everyone, and this type of device can prove really invaluable in schools and hospitals as well as the home,” explains Najjar.

What these companies and their products all have in common is that they each tackle major health issues by leveraging data, as opposed to resorting to drugs, making their solutions universally accessible. It also represents a major shift in the Internet of Things space, which has so far been largely dominated by “nice-to-have” gadgets.

Startups such as these three Lebanese superstars, however, prove that IoT can also be about genuine lifesavers.