Virtual reality has the potential to be a game-changer when it comes to empathetic storytelling by challenging stigma and shifting the conversation about abortion access in America, according to the Planned Parenthood Federation of America.

The organisation’s Executive Vice President and Chief Experience Officer Dawn Laguens says that by sharing their virtual reality film Across the Line with more people around the country they hope to create opportunities for more people to talk openly and honestly about abortion.

Across the Line places viewers in the shoes of a patient who encounters protesters while entering a health centre for a safe and legal abortion. Co-created by Nonny de la Peña of Emblematic Group and Brad Lichtenstein and Jeff Fitzsimmons from 371 Productions/Custom Reality Services, the film uses real audio gathered at protests along with scripted scenes and documentary footage.

The film is part of on-going efforts by Planned Parenthood and other sexual and reproductive health organizations to reduce stigma and change the conversation around safe and legal abortion. By putting the audience in the virtual shoes of someone who is trying to access a safe and legal abortion, it tries to provide a better understanding of the upset that thousands of women face every day as they seek health care in America.

There is a growing body of research around the fact that such virtual experiences can engender feelings of empathy by allowing the viewer to experience something from someone else’s perspective first-hand and this latest survey data adds further evidence to that argument. 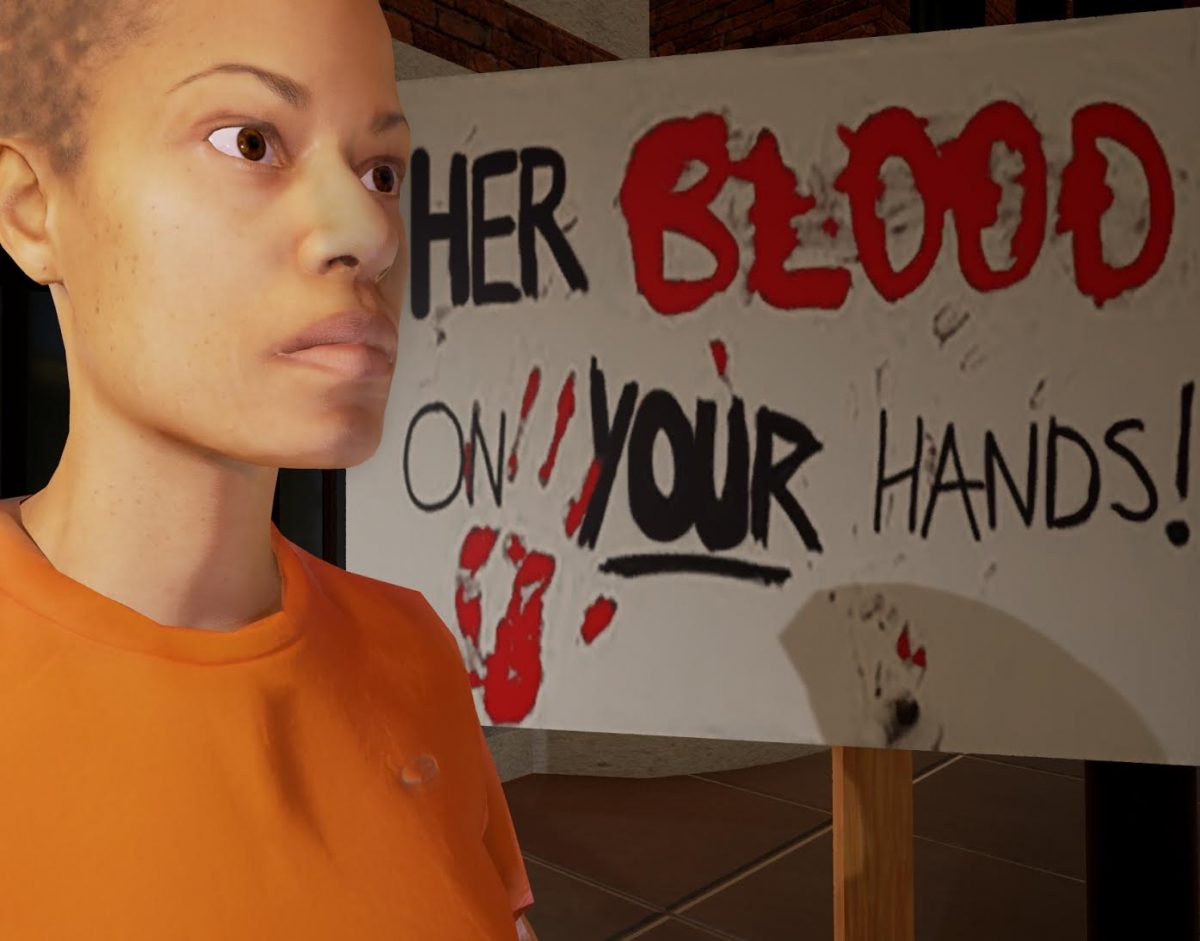 From January through April 2016, researchers from the Sea Change Program, an organization dedicated to transforming the culture of stigma around abortion, surveyed 284 viewers and intended viewers of Across the Line on their attitudes toward abortion and toward clinic harassment and violence. The survey results indicated that VR can move people’s feelings on sensitive issues such as a abortion and the harassment that is commonplace at many abortion clinics, specially in the US where planned parenthood operates, as an extract from the report details:

Overall, Across the Line is an effective tool for increasing support for women who have abortions and decreasing support for protestors outside of reproductive health clinics — even among moderate and slightly conservative audiences. After viewing the film, most interview respondents become more sympathetic to women entering health clinics and become more critical of clinic harassment outside of abortion clinics. On surveys, film viewers expressed more disapproval of clinic harassment than a comparable group that hadn’t yet seen the film.

Planned Parenthood also worked with the strategic communications firm SKDKnickerbocker in close consultation with Sea Change to interview people in Kansas City and Atlanta with moderate and conservative views about abortion, and found that seeing the film led to decreased tolerance for clinic harassment and increased empathy toward women who decide to have an abortion. More than three-quarters of people interviewed said that they would support legislation that keeps protesters away from clinics and two-thirds said they would more likely support candidates who support access to safe and legal abortion.

“We have suspected for a long time that virtual reality is a powerful medium which can incite empathy at a deeper level and also potentially shift opposing attitudes,” said de la Peña. “This study breaks new ground by showing that this in fact does hold true in the real world. With so many women facing increased lack of access to health care, it is exciting to see that our VR piece can have an impact around this issue.”

According to Planned Parenthood, while an overwhelming majority of Americans believe abortion must remain safe and legal, in reality many women in the U.S. face barriers to sexual and reproductive health care. Since 2011, states have enacted over 300 abortion restrictions and more than half of American women of reproductive age now live in states where access to abortion is being restricted by their state legislatures.

Across the Line premiered at Sundance Film Festival in 2016 and received the Future of Storytelling Prize People’s Choice Award at the 2016 Future of Storytelling Festival, a SIMA 2017 Award for Best Sound Experience in the Virtual Reality Category and was recognized at the annual Media Impact Festival. Tech Trends experienced the film first-hand at the Raindance Film Festival in London last year where it was part of its first-ever VR Showcase. It is currently available here on GearVR, Google Cardboard and desktop viewing.