A deep-dive into the world of Spatial Computing

By Irena Cronin and Robert Scoble

Spatial Computing, the fourth paradigm of personal computing, sounds like science fiction but isn’t. Unlike previous paradigms of computing, like working on a laptop or a mobile phone, Spatial Computing allows you to move around inside computing. You will be able to talk to new virtual beings who will know more about your world than any single human does and you will literally talk to and touch the computing that will be all around you, either within complete virtual environments or within new forms of augmented reality. R&D labs are already showing us that it will go beyond that, with sensors that will interact with your brain directly – not needing optics or keyboards. But for now, that’s five to 20 years further out.

In this article, we will explore the fundamentals and scope of Spatial Computing and how The Infinite Retina by Irena Cronin and Robert Scoble provides an insightful look at the future of augmented reality and Spatial Computing. 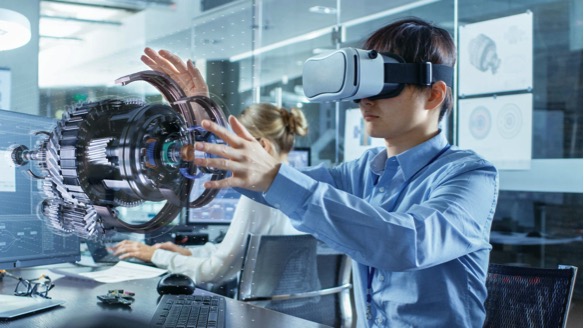 Components and Scope of Spatial Computing

Spatial Computing includes all the software and technology needed to move around in a digital 3D world. That is software and technology associated with AI, including machine learning and natural language processing, Computer Vision, augmented reality, virtual reality, and all other apps that support the creation and the maintenance of a digital 3D world. We see great strides that will be made in how Spatial Computing is being used across many industry verticals, including Transportation, Technology, Media, and Telecommunications (TMT), Manufacturing, Retail, Healthcare, Finance, and Education. There are chapters in The Infinite Retina that detail our vision of where each of these industries will be when the Spatial Computing wave hits.

The current state of Spatial Computing and Augmented Reality

The holy grail of Spatial Computing is a pair of very light glasses, or contact lenses, that let computers completely change how we perceive the real world via next-generation augmented and virtual reality that some call “mixed reality.” While we have early devices that give us a taste, like Microsoft HoloLens, these big and expensive devices haven’t yet made their way onto consumers’ faces. That will change over the next few years as these devices become much smaller and more capable due to new 3D sensors, new Artificial Intelligence and Computer Vision, and new hyper-small displays. The HoloLens is already changing industries, and the book describes how this new technology is being used in places like operating rooms and factories. But this is just the tip of the iceberg. We’ll see many more uses for this technology as the devices get smaller and become more capable. In other words, we are literally at the beginning of a new age in computing, the Spatial Computing Age. By the end of the 2030s, how we compute will be radically different than it is today and, we posit, much more enjoyable and more productive, to boot.

Spatial Computing is a new paradigm of computing where humans, robots, and virtual beings move through computing. Companies like Tesla, Apple, and Facebook are investing heavily in it because of its capability to completely change how we access, organize, and use information. Instead of seeing computing on flat screens on laptops or phones, computing will literally be on everything and will be controllable with our hands, eyes, and voice. In addition, robots and autonomous vehicles will use Spatial Computing to move around and assist humans, which will lead to very deep economic and societal changes as well.

By the end of the 2030s, how we compute will be radically different than it is today Click To Tweet

The Impact of Spatial Computing

The world is about to radically change. Factories will become much more virtual. We are seeing not only new kinds of robots, called “cobots” because they work much more closely with humans, but they are also being virtualized to enable new kinds of training and remote working, too. This calibre of change will be seen across many jobs — from new kinds of retail experiences to massive changes to transportation. 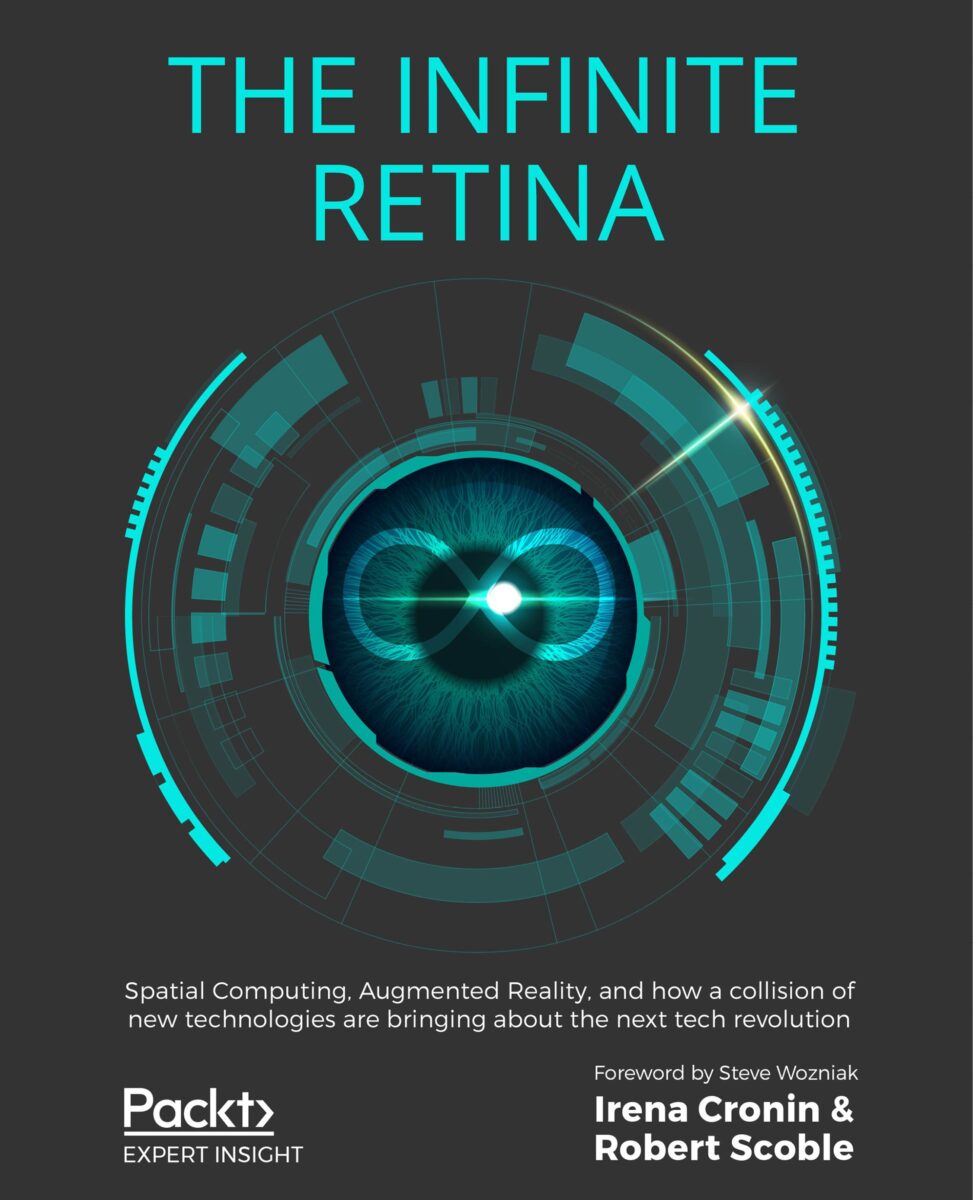 The objective behind The Infinite Retina

Our goals were to understand and record shifts to the business world and society that are currently underway due to Spatial Computing, and to gain perspectives on what its impact will be in three-to-five years and then ten years out. We talked with dozens of pioneers in many fields, from healthcare to retail to finance to entertainment. This is a hugely important book as a new paradigm shift (the fourth of the personal computing age) hits both consumers and enterprises. We documented this paradigm shift in The Infinite Retina.

The holy grail of Spatial Computing is a pair of very light glasses, or contact lenses, that let computers completely change how we perceive the real world Click To Tweet

Spatial Computing emerges as a major culture-changing force. In the book, readers will look at what is driving business to adopt robots, voice-driven user interfaces, immersive VR or AR training, along with Spatial Computing glasses that will change literally everything about computing. The book also introduces what this all means culturally, both pro and con.

The Infinite Retina lays out why Spatial Computing is the future of technology and why companies like Facebook, Qualcomm, Apple, Microsoft and others are each spending billions of dollars in R&D to make it happen. The book also explains why these shifts are already underway and why the next three-to-five years will see a huge wave of Spatial Computing devices and supporting technology.

Irena Cronin is the CEO of Infinite Retina, a company based in Pasadena, California that helps businesses enter and succeed in Spatial Computing. She has advised many decision-makers on business strategies related to Spatial Computing which includes AR/VR, Artificial Intelligence, Facial Recognition, Robotics, Autonomous Vehicles, and other related technologies.

Robert Scoble is the Chief Strategy Officer (CSO) of Infinite Retina and a bestselling author. Over the course of his career, he has interviewed thousands of entrepreneurs and has been the first to see the creation of many new technology companies, from Siri to Tesla.