At the Air Transport IT Summit which happened in May, some promising early research was released which showcased a world of possibilities for using Mixed Reality technology in environments such as airports. 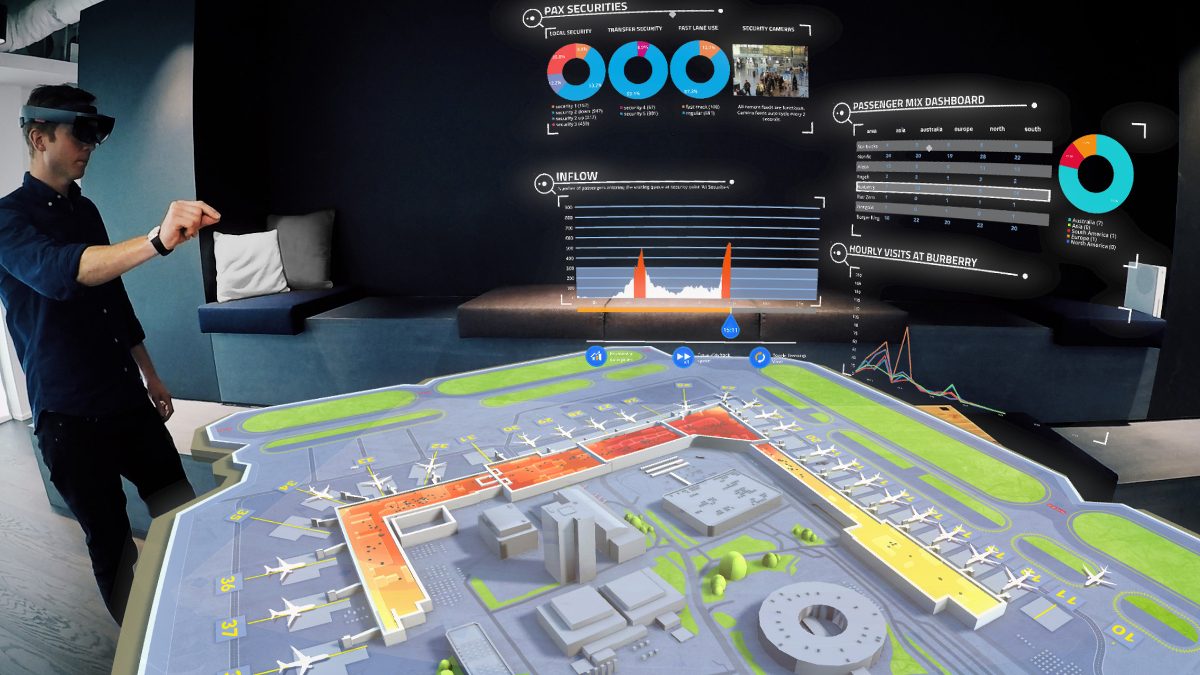 This research was conducted by SITA Lab – the research arm of air transport IT provider SITA – and carried out in partnership with Helsinki Airport using Microsoft HoloLens to reproduce the airport operational control centre (AOCC) Mixed Reality.

“Mixed reality, which combines augmented and virtual reality, is more than a new interface, it is a new way of looking at the world and allows things to be done in a new way. It enables digital and physical data to exist together,” explains Jim Peters, SITA CTO and head of SITA Lab. “Our early research shows that there are potential uses for airlines and airports – for operations, maintenance and training. We need to learn how to interact in this new environment. In the same way that we moved from computers to smartphones and voice recognition, now we can go beyond the screen,” he says.

For this project SITA Lab used a feed from SITA’s Day of Operations technology, which is used by Helsinki Airport, and presented a new way to visualize and interact with the airport’s operational data including aircraft movement, passenger movement and retail analytics. Wearing the HoloLens, the operators had a set of screens meshed into a 3D view of the airport allowing them to correlate events from the data dashboards with an immersive real-time model of the airport. 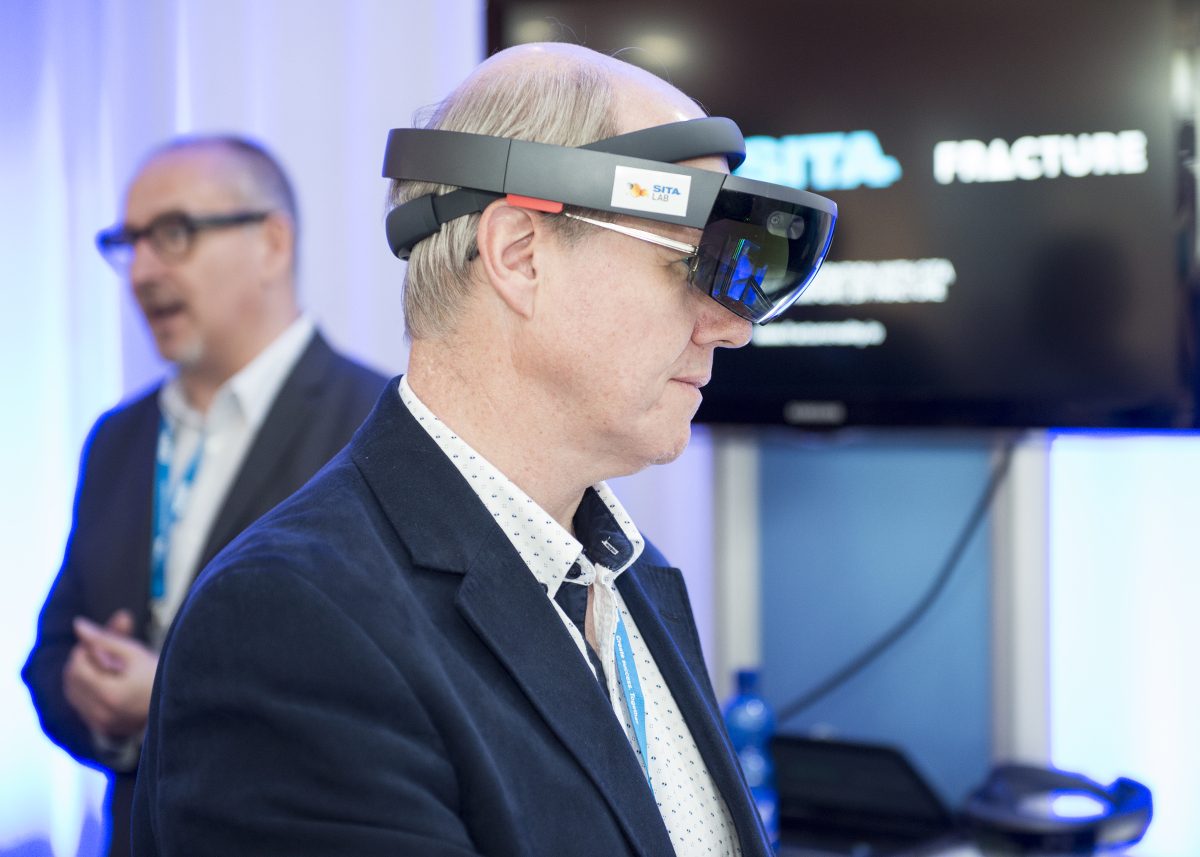 This new way of looking at the world can provide insights into how the airport is functioning. HoloLens also opens the possibility of being able to access the AOCC environment from any location, on or offsite, allowing experts to input into situations remotely.

“HoloLens is now being used across various enterprises from healthcare to engineering. SITA’s work shows how this new technology can be harnessed for the air transport industry and add value in areas from training to complex operational management,” added Greg Jones, MD, Worldwide Hospitality & Travel at Microsoft.

The SITA Lab project interfaced into multiple data sources at Helsinki Airport to create the unique view of the ever-changing operations throughout the day. This included data such as real-time passenger location, aircraft position, gate information, flight status information, security wait times and retail dwell times, all segmented by passenger.

Eero Knuutila, Head of Service Development, Helsinki Airport, said: “This innovative work has opened our eyes to the possibility of using mixed reality to improve our operations. It is exciting to be the first to work with SITA on this emerging innovative technology.”

SITA Lab’s research results also indicate that unlike virtual reality, the mixed reality experience tends not to make people feel disorientated or nauseous. The HoloLens device itself has proven easy to learn and has a good battery life and doesn’t suffer from over-heating issues.

“Mixed Reality hits a sweet spot of having an experience that is fully immersive for the user, but also keeps that person in the real world, which could be really useful for scenario planning exercises,” agrees Peters. “In this first research project with HoloLens for airport operations it became clear that the mixed reality environment opens the possibility of being able to access an airport’s operational control centre environment from any location, on or offsite. This means that using a HoloLens, experts can view real time and highly detailed information to provide input to situations from wherever they might be.”

The fact that such a large organisation as SITA is betting on Mixed Reality shows how confidence is building in the technology’s potential for enterprise applications. With revenues of over US$1.5 billion in 2016, nearly every airline and airport in the world does business with SITA and its border management solutions are used by more than 30 governments. With a presence at more than 1,000 airports around the world, SITA serves 2,800 customers in more than 200 countries. 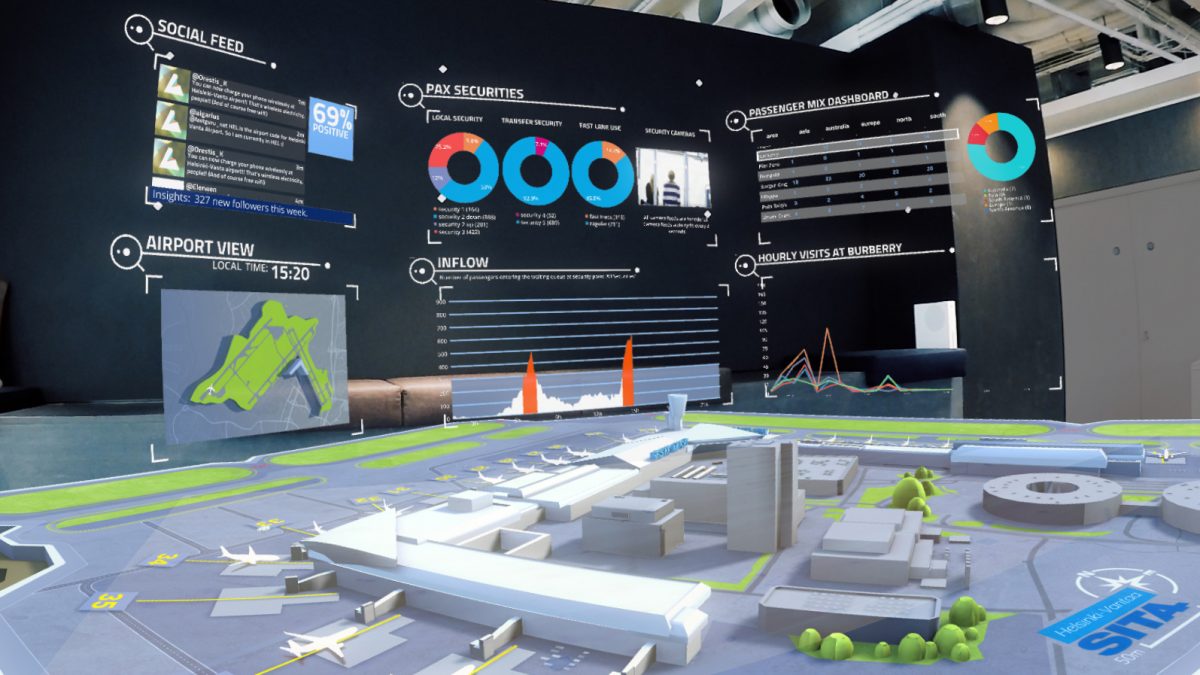 “Mixed reality is intuitive and SITA Lab used it to create an easily-digestible, comprehensive overview of airport operations. The combination is potent and offers the potential to drive efficiencies in many aspects of airport and airline operations,” Peters concludes. 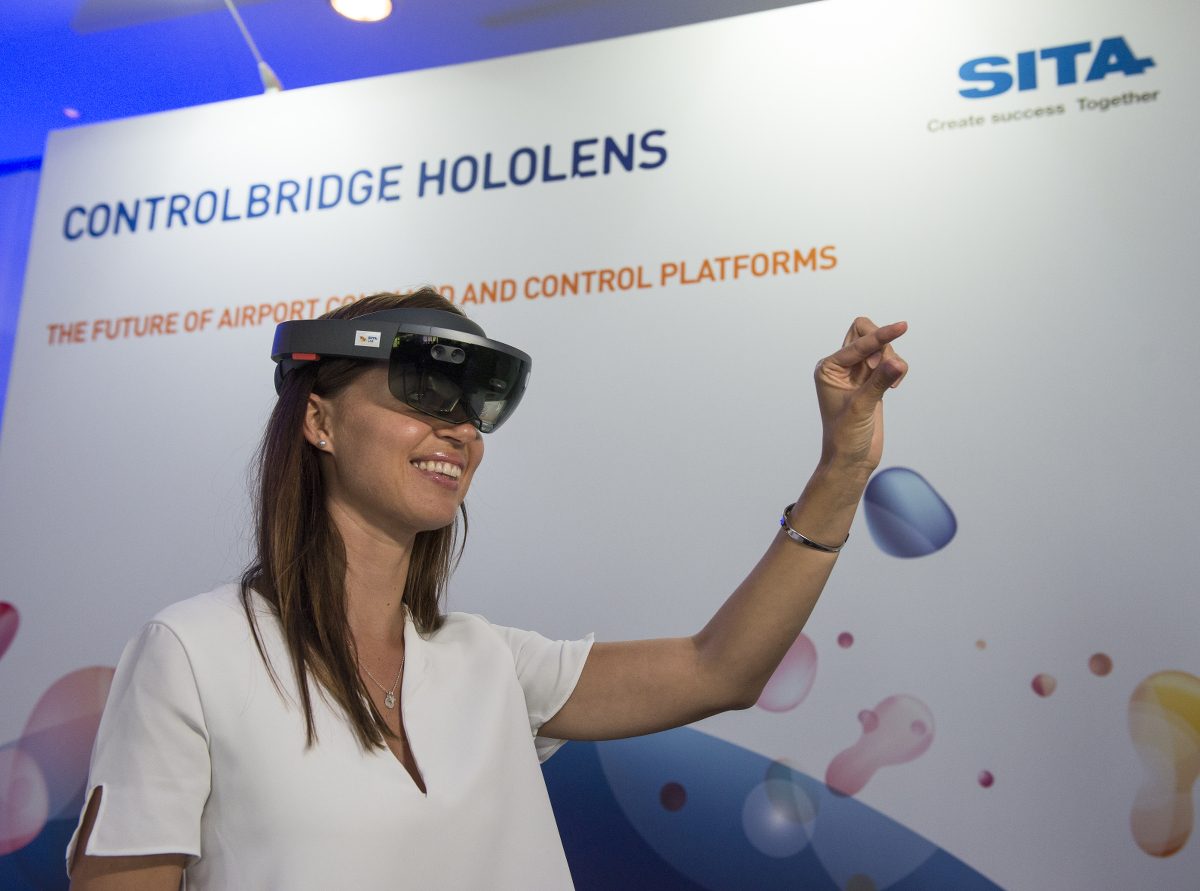