AI companies are getting snapped up in record numbers by tech giants hungry for brains. But are they really worth such big bucks

Magic Pony is hardly a household name. Chances are you never heard of them, or at least not before they were bought for $150 million by Twitter a few weeks ago. They were a company of 14 people, and at that cost this acqui-hiring spree which sees them joining Twitter’s Cortex division priced each of them at over $10 million.

Twitter's latest acqui-hiring spree cost them over $10 million per head. Some argue it's money well spent Click To Tweet

But although that’s certainly at the top end of the scale as far as talent acquisition goes, it’s far from an anomaly in the world of AI these days. A report by Magister Advisors reveals that the average price per high-quality employee in these acquisitions averages $2.4m. The technology advisory firm, which specializes in Mergers and Acquisitions (M&A) tracked 26 AI-driven deals since 2014 in the US, Europe and Israel, 11 of which involved companies with less than 50 employees which were acquired largely, or entirely, for the team and capability.

Technology journalist Luke Dormehl agrees that the valuation of tech companies can sometimes seem baffling, particularly if you compare them with their pre-digital equivalents.

A lot of “traditional” companies producing physical products, rather than ethereal software, employed tens or even hundreds of thousands of employees. Today, tech giants can disrupt industries with a fraction of that. Famously, Instagram employed just thirteen people when it was snapped up by Facebook for $1 billion, explains Dormehl.

In this new market, Israel and the UK are emerging as world centres at the top tier for AI innovation, with many firms such as IBM and Intel expanding their AI footprint in Israel, and the UK capitalising on the influence of institutions such as Cambridge, Oxford, Imperial College and a crop of AI-active VCs such as White Star, Playfair and Notion. This has been reflected in the recent UK exits which – apart from Magic Pony – include DeepMind (Google), Swiftkey (Microsoft), Evi (Amazon), VocalIQ (Apple) and PredictionIO (Salesforce). 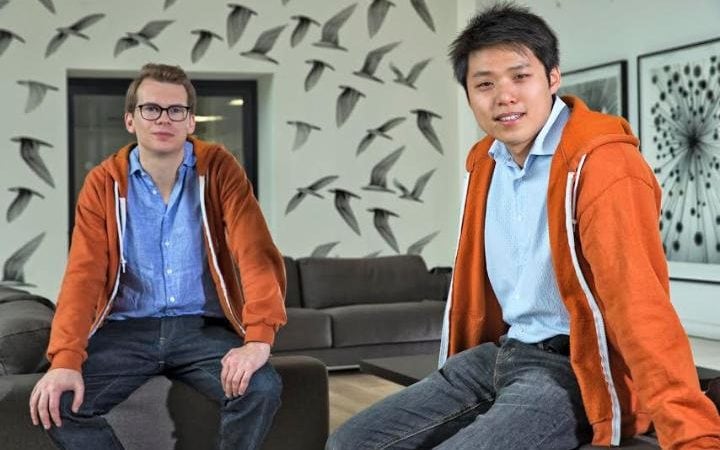 Where there is a broader trend in tech towards building sustainable business models as early as possible and proving sustainability through customer numbers and revenues, in the field of Deep Machine Learning that actually seems to be irrelevant. In fact, the report indicates that acquiring companies prefer to target start-ups with no revenue at all.

Dormehl explains that the reason why the way that companies are valued has changed so dramatically has to do with the potential value of data.

As the Internet has continued to become more and more present in our lives, we’ve seen a rise of ostensibly “free” services. Of course, these aren’t really free at all: they’re often raking in money through advertising or, if it’s not been able to monetise in that way yet, the value of user data.

That makes sense when you think about it: Platforms such as Google, Facebook and Twitter already have all the users they need. They are incredibly pervasive. What they need – very badly indeed – are ways to leverage their user data and keep those people engaging with their content. Companies such as Magic Pony don’t offer a separate product as such. They bring a layer of complexity that can be overlaid on top of existing content such as videos, posts, news, and all manner of experiences. Their engines and algorithms can be embedded directly into the larger company’s offering and match content automatically and intuitively with what users want, need, or might like to discover. This, in nutshell, is the arms race we’re experiencing with AI, yet nobody has their hands on that Holy Grail just yet.

The applications of AI technology – machine learning to robotics, virtual assistants, speech and image recognition, predictive analytics and many, many more – are extremely broad. These include major sectors such as advertising, security and healthcare, where, for example, doctors will be able to use image recognition to automate medical diagnosis in future. Since this demand is not segmented or restricted to any one particular sector, this contributes to the chronic shortage of high-quality AI engineers and the resulting price inflation for these companies. Magister’s report points to the fact that ordinarily buyers such as EBay, Twitter, Amazon and Microsoft would not compete for the same M&As. But in the area of AI their interests overlap (in visual search, for example)

Although these sky-high valuations might sometimes be the result of over-hype, Dormehl concludes that there is a solid business case behind the trend:

The concept of a “unicorn” economy, in which venture capitalist are always on the lookout for the next Facebook or Google, means that the potential of a company becomes wrapped up in its valuation. Is that always right? Probably not. Are these companies worth the money when they suddenly create their own version of AdWords and begin raking in billions of dollars? It’s hard to argue that they’re not.

Luke Dormehl’s latest book Thinking Machines: The Inside Story of Artificial Intelligence and Our Race To Build The Future is out August 11 and available on Amazon 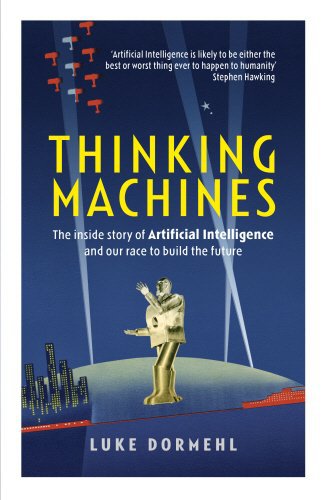