Sansar Creators were up to some really cool tricks, and the results were some spooky Halloween VR treats… 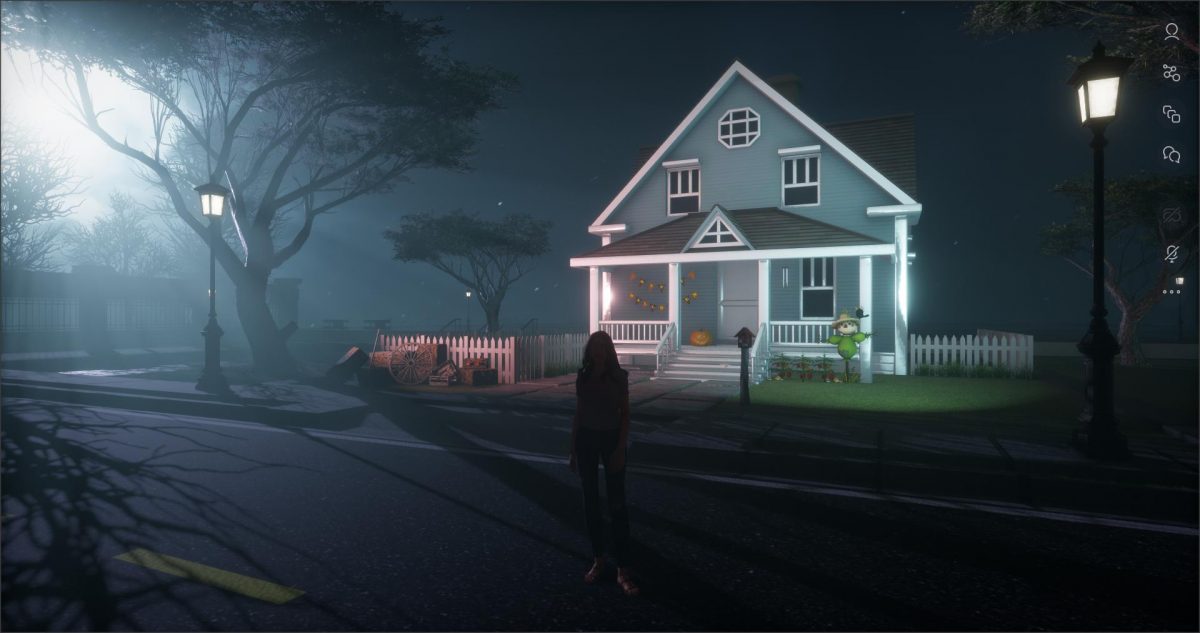 I am often impressed by the way the Sansar VR platform looks. Some of it might be buggy, but overall, the slick visuals you see on its user-generated experiences wouldn’t look out of place in a AAA game. In the social VR space, still dominated by blocky avatars and limited landscapes, the sheer variety and polish in Sansar makes it stand out – in a good way.

But this all comes at a price, and anybody familiar with gaming will be know the trade-off between how good something looks and how long it takes for to download, all too well. In order to test out all these textured, beautifully lit, atmospheric experiences, I therefore had to spend what felt like a long time loading them on a very powerful PC. 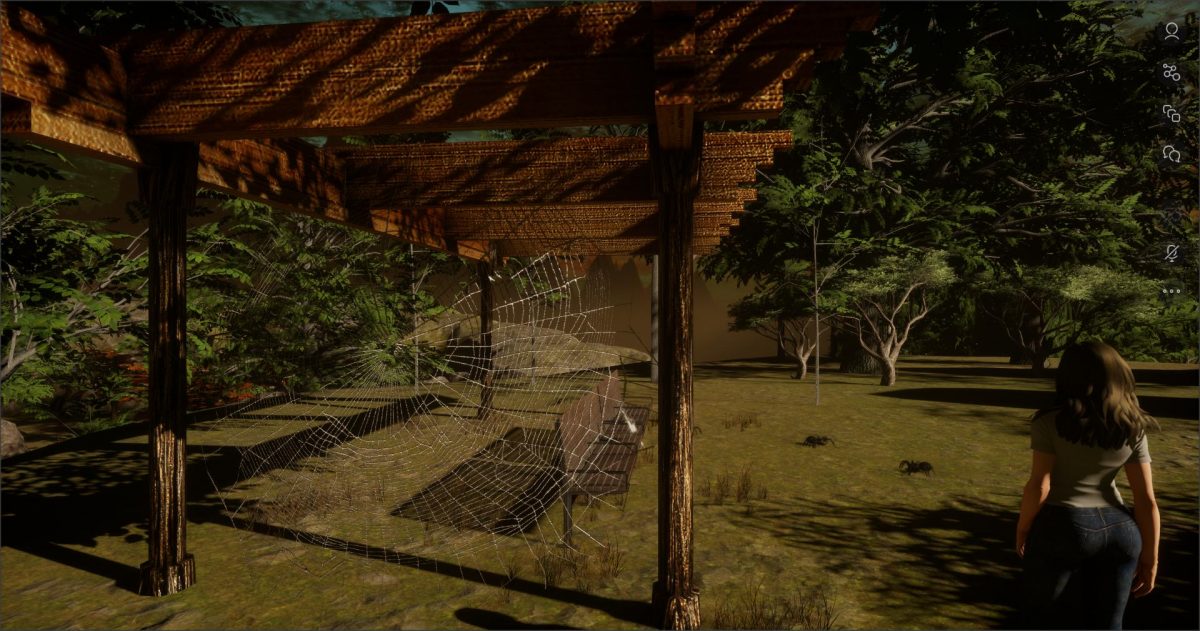 Which made it both fund and challenging to be one of the judges in Sansar’s Halloween-themed competition, which awarded one lucky winner a 10,000 prize, and which featured a broad range of spooky environments and experiences. It was a chance to see first-hand what the platform has enabled its users to create in VR, even without if they don’t have the benefit of vast amounts of technical knowledge to do so.

Granted, many of the people onboarded onto Sansar’s Creator’s Beta (which went live earlier this year) are actually gifted designers. Yet what Sansar is building towards is a set of tools and functionalities that allows everybody to create and kit out their own virtual worlds however they wish, without having to worry about a steep learning curve – a factor that definitely contributed to stalling growth in Linden Lab’s original Metaverse, Second Life. 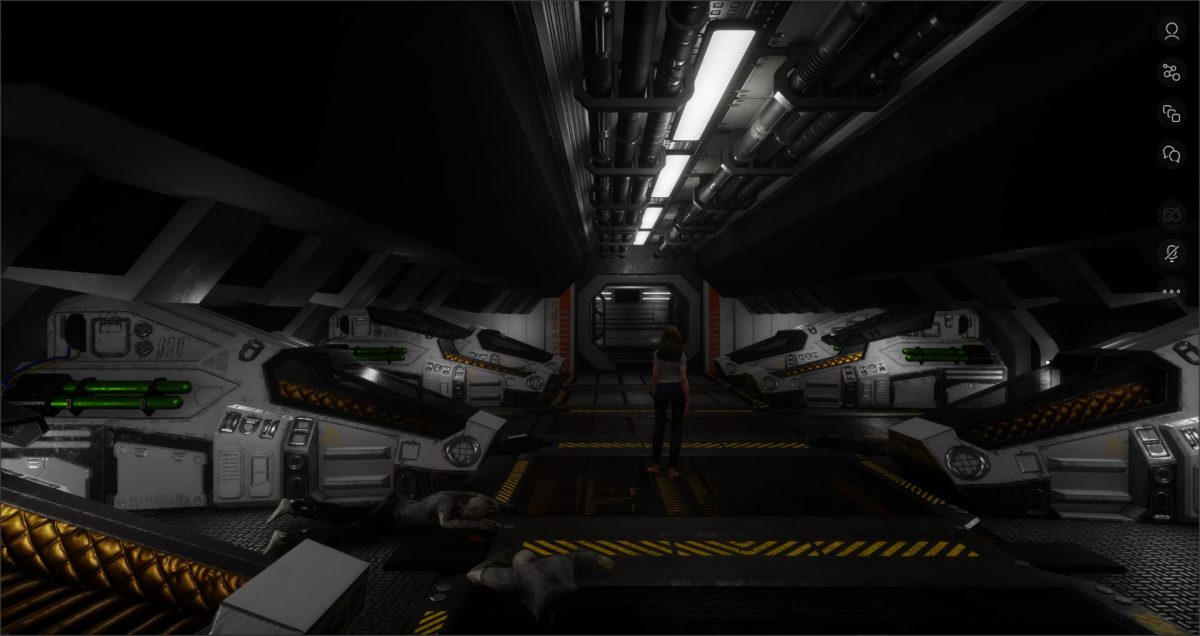 “Sansar is about empowering everyone to create, share, and benefit from their own social VR experiences, and we want to make it accessible to as many people as possible,” agrees Bjorn Laurin, Linden Lab’s VP Product.

So, without further ado, here’s the lowdown on ‘Sansar Scariest’ competition winner and additional honourable mentions, which have just been officially announced by Linden Lab: 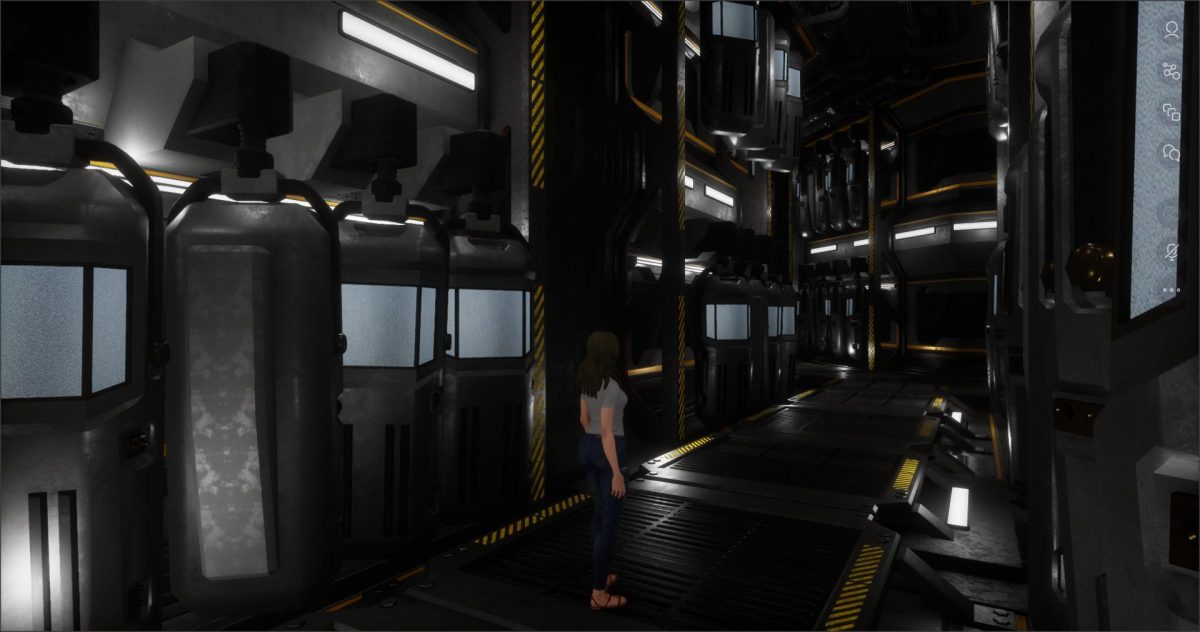 A dark, seemingly abandoned Diner that’s just on the side of the quiet road and an old-fashioned drive-in movie theater set the scene for an unsettling encounter with the unknown. Did you hear that? It sounds like someone calling for help!

Even by Sansar standards, the lighting and textures in this experiences were amazing, incredibly nuanced. From the giant flying saucer spinning away to the MGM lion roaring from the drive-in movie screen in the distance, every element felt well-executed and real. Which is probably why it produced the best – spoiler alert – “jump out of your skin” moment of any of the experiences I tried. 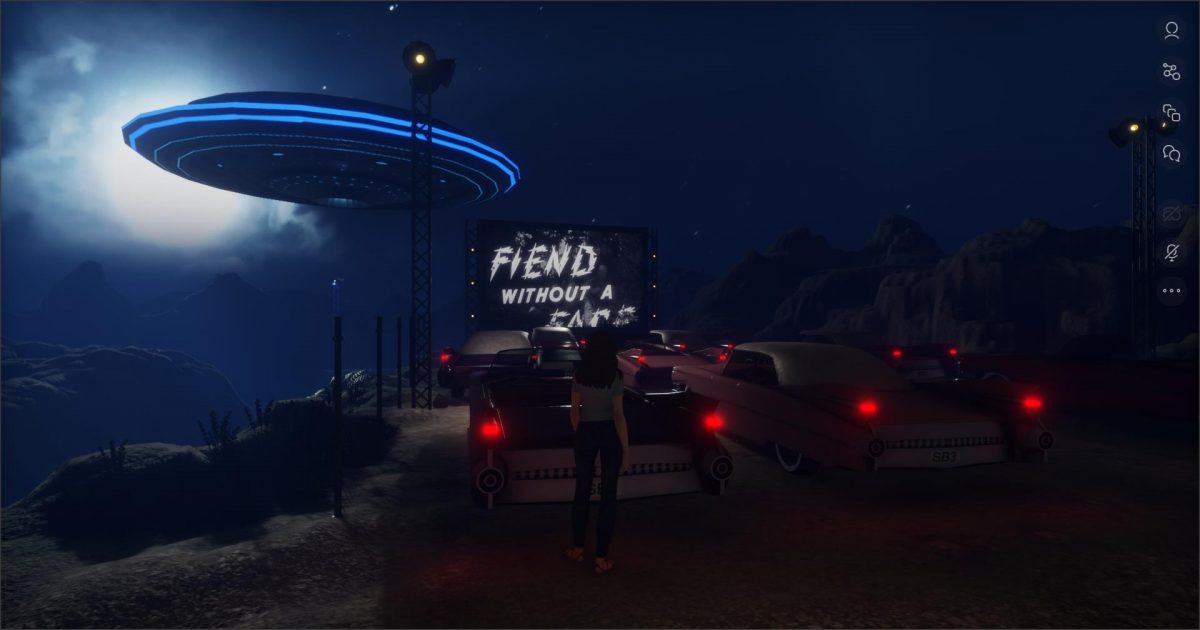 Join the ‘Ghost Catchers’ and take part in a paranormal investigation this Halloween exploring a very haunted house. Many rooms with many ghosts. Some nice, some…..not so nice!

This felt like something I would have paid for if it was a console game. Carefully crafted visuals, well-timed and well-judged sound effects, this is an experience that has something for everybody, including Ghostbusters fans like myself, who will delight in having the library books floating off the shelves all around them. Definitely not the most original in terms of theme and composition, but absolutely beautiful to look at and a pleasure to explore.

A space ship where something has gone horribly horribly wrong – find your way to the escape pod, or face a most terrible fate! Try not to get lost in all those dark, flickering halls.

Sorry if this counts as a spoiler, but they had me at “It’s like Alien, but with Zombies.” If you’re a fan of either genre (or, like me, preferably both) you will pr

obably like this experience quite a lot. The creators got the slick look and foreboding mood of Ridley Scott’s original masterpiece just right, something that can be surprisingly challenging (as the latest films in the franchise painfully demonstrated, but let’s not go there). This is all about building up suspense and atmosphere, and even during my relatively short test-drive it managed to do that in spite of some bug issues (haha).

Miner Difficulties by Through The Waterfall

The dark is a very scary place….. better bring a light.

This was an interesting example of creators trying to experiment with storytelling and narrative rather than merely focusing on world-building. This uses various mechanisms (such as assigning you a bird “guide” to help steer you in the right direction. Unfortunately I lost my bird and it didn’t come back, leaving me rather lost…

Follow the path , don’t stray . Keep on walking all the way. Studio Skye presents a Halloween journey to oblivion.

Joyride felt like the most multi-faceted and surprising experience of them all. It kept me constantly guessing from the moment when it first had me ducking to avoid the phantom cars rushing towards me. The landscape changes all the time, shifting from realistic visuals to Tim Burton-esque surreal tableaux. When I finally had to move on to the next experience on my list, it was with some regret, as it definitely felt like there was a lot left to explore here. 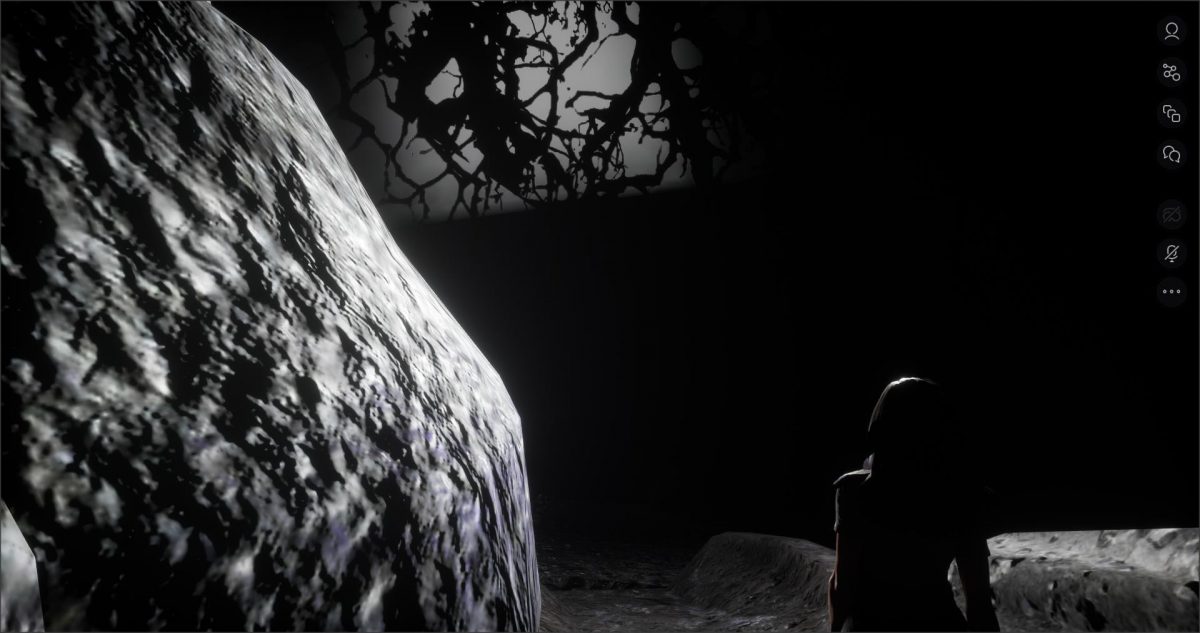 Linden Lab acknowledges the issues I raised regarding processing power, as well as the barriers that the high price and setup difficulty of HMDs pose, but overall Laurin sounded an upbeat note on the consumer VR space:

“It’s exciting to see all the activity in the VR hardware market, not only with new HMD options, but also with more VR-capable computers,” he told me when I asked about the release of Microsoft’s Mixed Reality Headsets. “We’ve been experimenting with some of the Windows Mixed Reality headsets, and do plan to make it possible to use Sansar with them in the future,” he confirmed.

Laurin also seems unconcerned with the growing competition in the Social VR space, and tells me that they were actually encouraged by the recent Microsoft acquisition of AltspaceVR.

“It was sad to see Altspace closing due to financial difficulties, and we think it’s great for their community and our industry overall that Microsoft has picked them up. It’s encouraging to see very large companies recognizing the value and potential of the medium of social VR,” he says.

If Sansar is to become (as is their ambition) the dominant social VR platform and the standard building, sharing and monetizing content in the medium, there are certainly issues that need to be addressed. Yet considering this is still such early days, I think it’s fair to say it’s good to see the progress that has been made, and to enjoy a few thrills along the way. 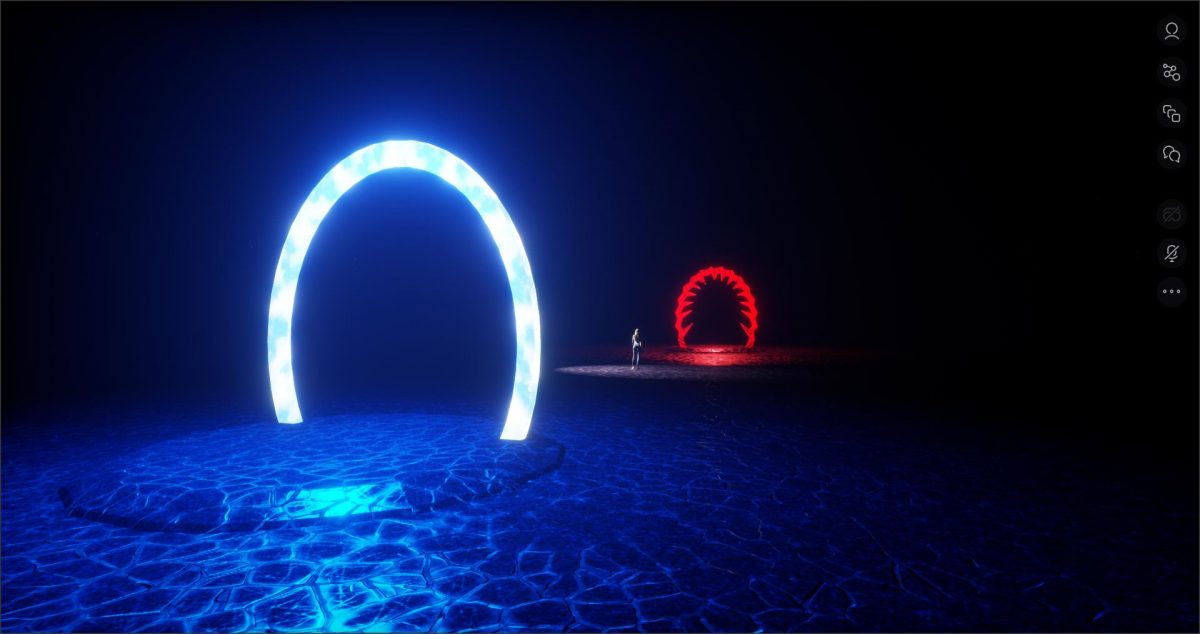 If you would like to find out how to leverage VR/AR/MR in your own project or enterprise, Tech Trends offers Virtual Reality Consultancy support