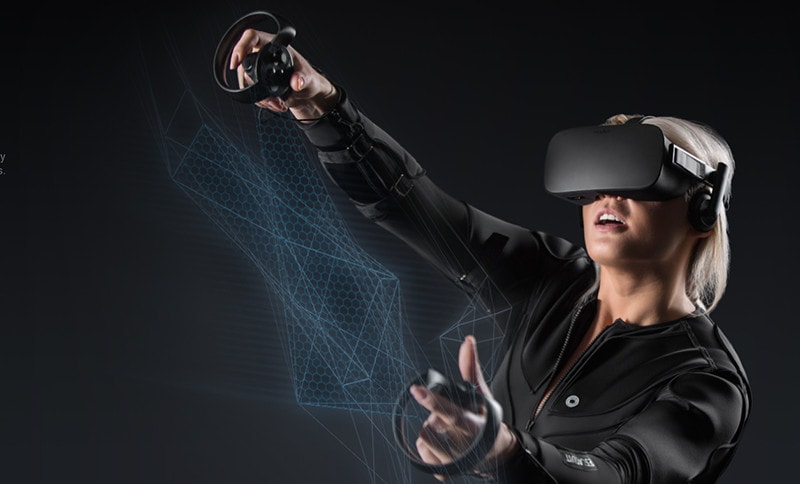 The world of Ready Player One might be a lot closer than we think. At South by Southwest, Tech Trends checks out the haptic suit that promises to take immersion to the next level.

The Telasuit looks like something straight out of science fiction film. It’s sleek and form-fitting. It’s the virtual reality body suit that people might imagine when they think of such things Click To Tweet

SXSW extends like an octopus across the central downtown area, in this case to a restaurant just outside the Austin Convention Center, which has been transformed into a showcase for the innovations of Accenture, a management consulting company with global reach.

The Teslasuit is on display. It is, according to the company, “the world’s first highly integrated smart clothing apparel that includes haptic feedback, motion capture, climate control, and other systems”. Haptic feedback is the technology that allows users to actually “feel” a digital environment. Wearing the suit lets you interact with that environment and “become the natural full-body controller at the same time.” 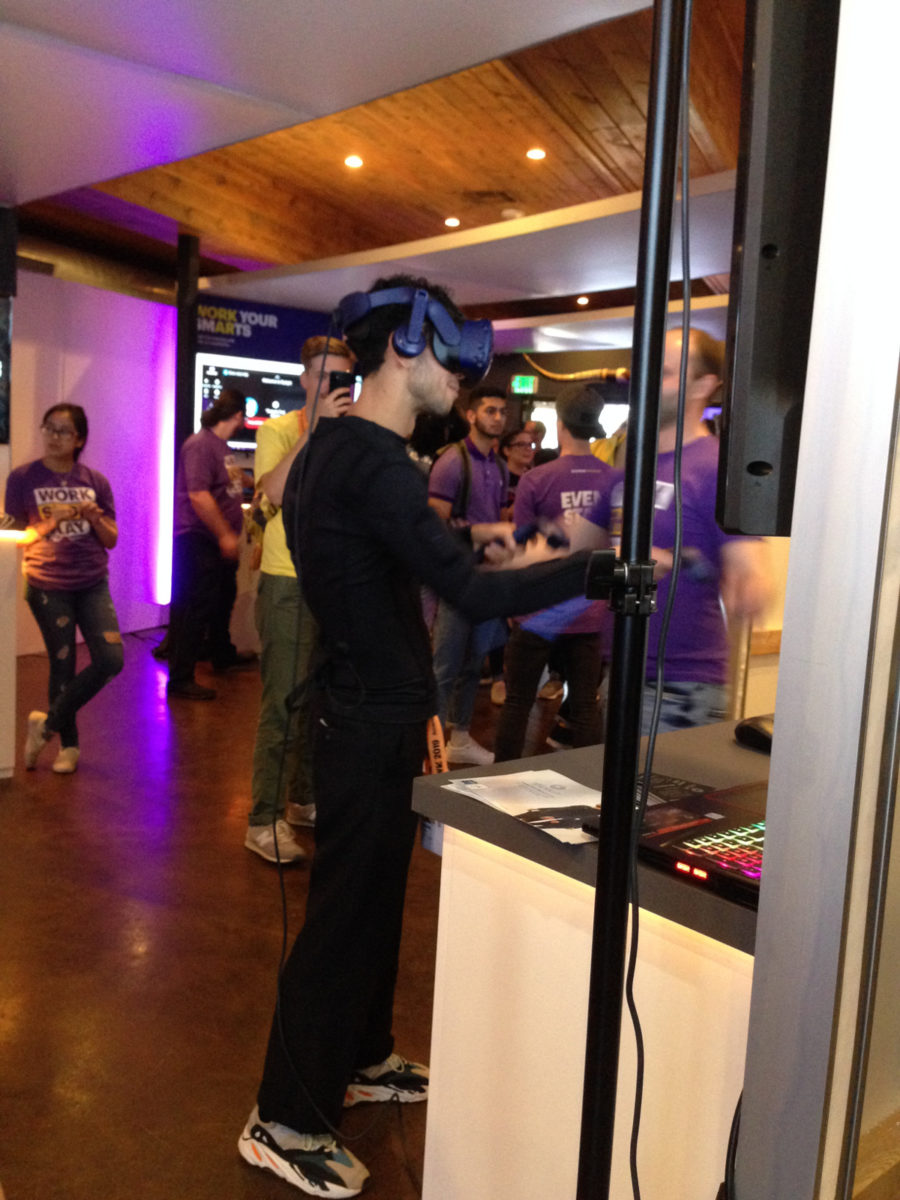 I spoke with Dimitri Mikhalchuk, Co-Founder and Chief Revenue Officer, to learn more. The project started out with a desire to make an “immersive suit” suit for gaming in virtual reality. Sergei Nossoff, the Chief Technology Officer was “nineteen when he conceived the idea of building the suit”

The team originally wanted to make a “5d cinema cabin,” it’s a theme park-style attraction where “you can see the graphics flying onto you” and have other physical elements added to the experience. Mikhalchuk explains that, despite those features, “you’re still in a box and if you look the wrong way you’ll miss things.” 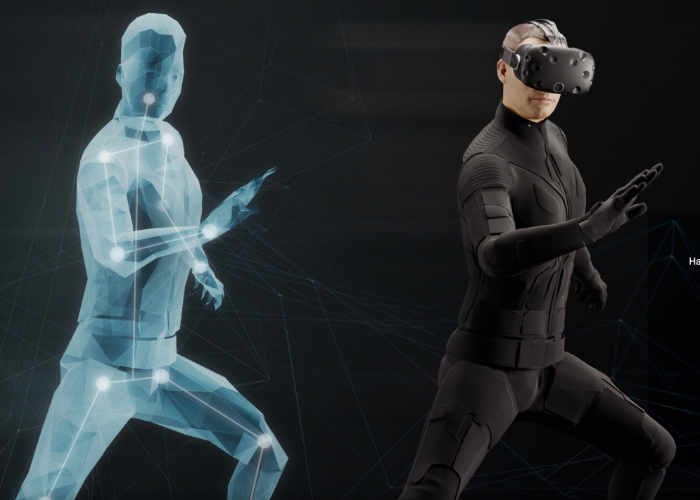 They wanted to ‘make it better’. The idea behind the Teslasuit was to bring sensations to the skin surface so that you can’t miss them even if you do look away.

They started working on the Teslasuit as a full-body experience. As the project developed, so did their goals in order to “provide the level of immersiveness” that they wanted, they expanded their project and added biometric feedback and motion capture to actually learn about how the user is standing. Different poses have different effects on the muscles and skin and they wanted to be able to capture that data as well.

The idea behind the Teslasuit was to bring sensations to the skin surface so that you can't miss them even if you do look away. Click To Tweet 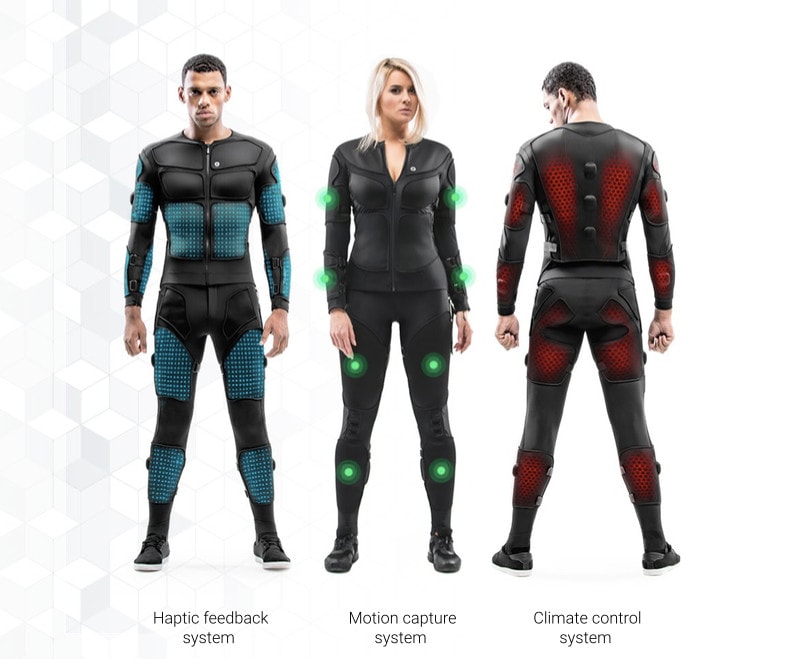 They were developing hardware and software in conjunction so they could really understand how it would work together. They have a wide variety of talent in the company, working in small teams to solve the many problems that such a complex endeavor brings. “There are “double PhD biomechanical scientists. We have scientists in neurology. We have scientists in chemistry and materials, fabrics, you name it. Fashion designers, graphics designers, 3d designers, there are loads of people there,” says Mikhalchuk, emphasizing that teamwork and communication are a huge part of their company culture and that, despite the varied teams, people are kept in the loop on all that is happening.

Although it started as a gaming suit “The more we developed it, the more we saw it’s not actually a gaming suit, it shouldn’t really be a gaming suit as such. It can support games, but there’s so much more it can be used for.” 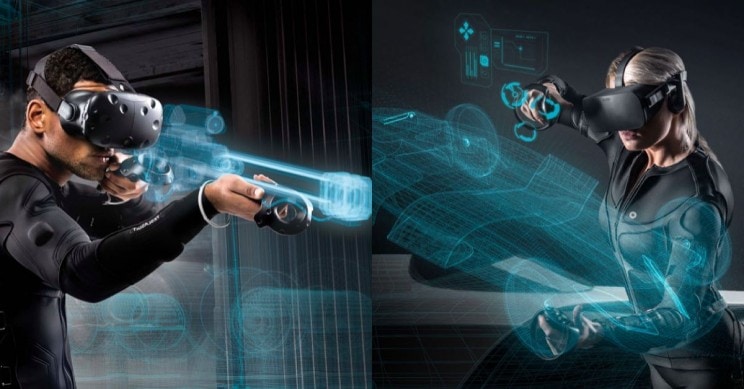 The Minimum Viable Product was completed at the end of 2015. Mikhalchuk calls it “Teslasuit version zero… it was just a proof of concept that worked,” he recalls. It was at that point when they started “looking for funding and trying to set up a company.” Three or four months ago they started working with Accenture. Since they were “working on enterprise level-projects, obviously Accenture has the capacity to facilitate a global rollout, so it made sense to partner up.”

Sports are all about specific, precise, techniques and when you are told, verbally, how to correct yourself, sometimes it’s very difficult to figure it out in 3d in multiple planes. - That’s where the Teslasuit could be of use Click To Tweet

The development of the suit was a journey. The fabric itself was an achievement. According to Mikhalchuk, they “were not happy with what was off the shelf.” They needed something breathable, but also conductive. Conductive fabric is dense so they “moved away from the conductive threads that were being advertised because they didn’t provide enough of what we needed.”

While, for proprietary reasons, exact details of the fabric are limited, it is described as “smart textile.” Their website explains that the “smart textile transfers sensations from the virtual world to the human body through tiny electrical impulses controlled by an on-board mini-computer (Control Unit).” The “haptic feedback system” creates sensations for users. These sensations include “soft touch,” “heavy and light impact,” and “rain or wind-blowing.”

The development of the Teslasuit was a journey. The fabric itself was an achievement. Click To Tweet 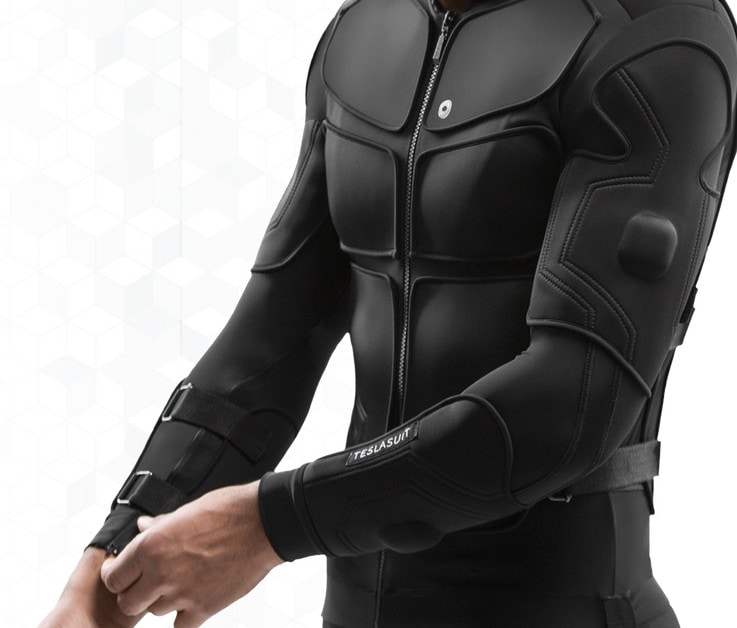 Mikhalchuk describes some of the more specific use cases for the Teslasuit, such as sports training. He says that sports are all about specific, precise, techniques and explains that “when you are told, verbally, how to correct yourself, sometimes it’s very difficult to figure it out in 3d in multiple planes.” That’s where the Teslasuit could be of use.

The suit could track where a person “makes an error and excite the muscles to augment the error.” So if you start to swing wrong it can “activate the biceps that open up your arm” and it would seem like “an invisible force is pulling.” This would draw your attention to the exact point of error with the exaggerated moment and allow the user to make the necessary corrections. The Teslasuit could point out technique errors right when they happen and allow for the user to fix their movement.

Mikhalchuk also describes a scenario where the user could step into the body of an avatar in a virtual landscape. They could then repeat movements that are shown in that virtual world. 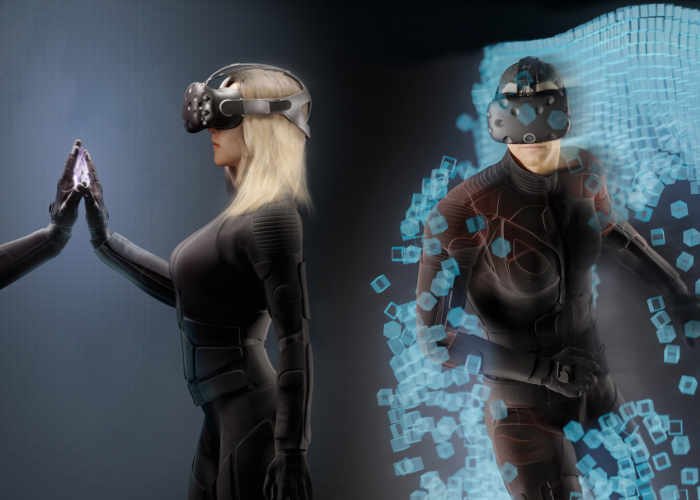 The Teslasuit could also have medical applications. Mikhalchuk explains that they have “already started engaging universities for their research in rehabilitation. He has visions of using the Teslasuit in “post-neural surgery rehabilitation,” or other recovery situations that require similar stimulus. He explains that taking the Teslasuit home for therapy could “make an inpatient into an outpatient, so people don’t have to stay at the hospital.”

He also has visions of a scaled-back version, possibly a T-shirt that could be worn more constantly. According to Mikhalchuk, if you wore a device like this all the time, it could be used to predict some medical conditions, like heart attacks, by tracking biofeedback. He speculates that this suit could serve as a diagnostic tool for far-off places where people might not have access to other services.

At the moment, these are ideas for the future. According to Mikhalchuk, there is a “new version coming out at CES next year…so come January we’re gonna have something more interesting.”

The current specs on the Teslasuit are: