VR comes to the rescue for those, like myself, who couldn’t make it to New York to experience the Presidential Pop-up Twitter library

As the Daily Show’s Host Trevor Noah said, we live in extraordinary times, but even by today’s crazy standards, the installation that materialised in the heart of Manhattan last weekend was something else. Here we had a sitting US President’s social media diarrhoea, prominently displayed for all to see.

As someone who has argued for the growing importance of Twitter this struck a chord, and was gutted to be stuck on the other side of the Atlantic for the short-lived event. So I was delighted when I found out there was a 3D tour for those who couldn’t be there in person.

Powered by Matterport, users have the option to either navigate around a 3D tour – which works on normal desktop and mobile devices – or if you’ve got a Google Cardboard or Samsung Gear VR headset handy, you can go for the 360 VR option, which I did.

Side rant: If we’re ever going to get consumers to embrace VR experiences en masse, they still have a long way to go to make the flow intuitive and easy. I do this a lot, and still had to spend about 15 minutes fiddling with downloading the app, then enabling Google VR services. My Samsung phone then didn’t remember my Oculus account, and when I finally opened the Matterport app, it didn’t take me straight to the experience, but rather a home page where you couldn’t search their library for content. I got there eventually, but can see how most people would just give up. But back to the experience:

Many interesting projects have already started cropping up around the popular culture phenomenon that these tweets represent, yet I somehow found the effect of this exhibition to be particularly shocking. Maybe it was the fact that it was housed just across the road from one of Trump’s towers, or perhaps it was the sheer quantity of – excuse the language – crap on display. Even in this heavily curated and pared down collection, I still found many tweets I’d never seen before, each more bewildering than the last. It was one heck of a rabbit hole. 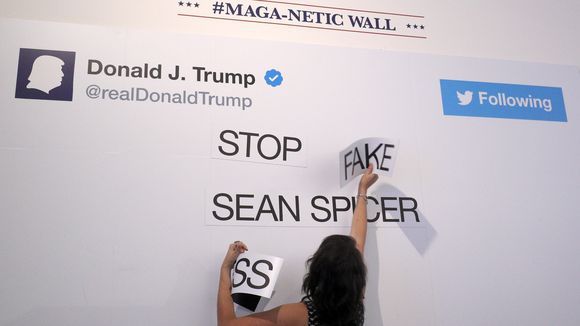 The Comedy Central team also did a really good job of breaking up the exhibition with some interactive fun stuff, such as a wall (something we all know the President is fond of) with giant magnets where you could play around with popular buzzwords tweeted by Trump, appropriately named the #MAGA-NETIC Wall. 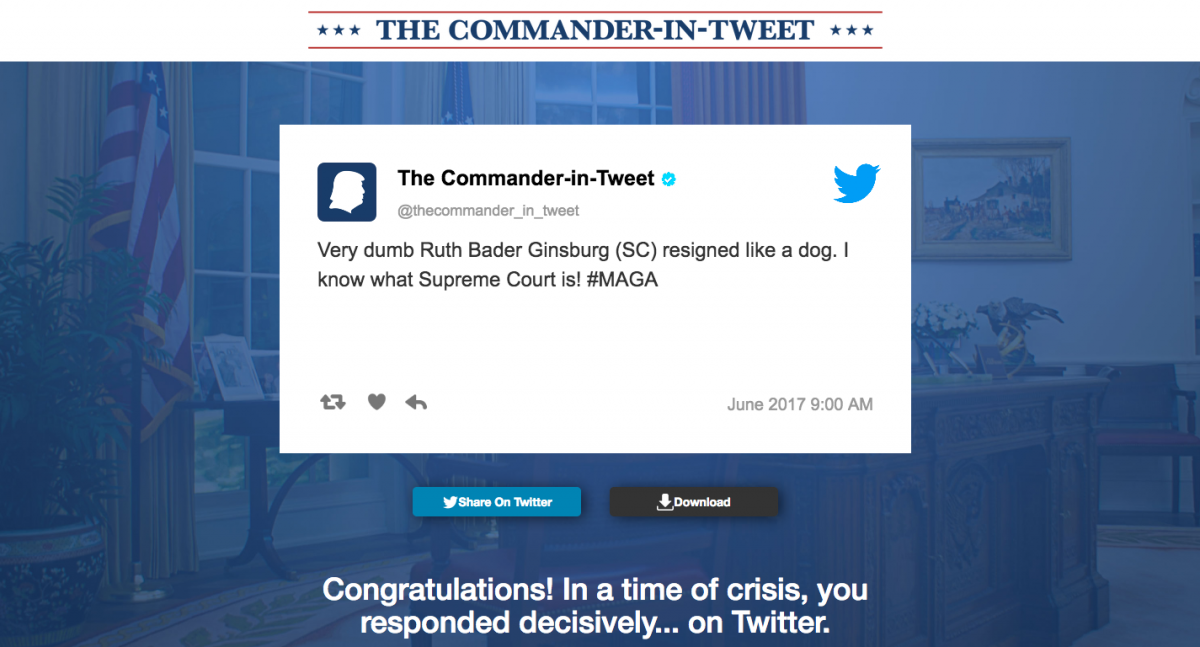 By far my favourite, however, was the tiny desk which allowed you to become the “Commander-in-Tweet.” Basically you’re presented with a short video where one of your aides gives you a piece of news, and you (as the President) are tasked with crafting an appropriate response – on Twitter of course.

It's one heck of a rabbit hole, even if you're used to Trump's tweets Click To Tweet

It’s multiple choice, and I rather liked how my pseudo-presidential tweet turned out. Why not have a go and share your own? It’s as good a thing to do over the weekend as shouting at the TV that the world is a bloody insane place and can we PLEASE  just wake up now? #SAD