Five years after being acquired by the world’s largest scientific publisher, how has Mendeley changed, and where is it going next?

Gaby Appleton, Managing Director, Mendeley at Elsevier says the scale of investment since its acquisition by Elsevier in 2013 has meant that the Reference Manager side of the platform is working better than ever, something which is reflected in its steadily growing global user base. Additionally, Mendeley has also expanded to incorporate a broad range of tools and functionalities to help researchers in other areas such as staying up to date with the latest research in their field or explore the best career opportunities.

“One of the most surprising things we’ve learned over the past couple of years is how hard researchers find job-hunting. They struggle to know where to look for jobs, and in particular they don’t know how to find jobs with companies that might put their skills to use and enable them to pursue their research passion at the same time. So we built Mendeley Careers, which is by far the largest site for STEM jobs, with around 150k English-language academic roles and companies listed, all curated by humans so that they are really relevant to researchers.”

Another emerging trend is the increased focus on the need to manage and share data, which is what prompted the recent launch of Mendeley Data, where researchers can search over 8 million datasets from domain-specific and cross-domain repositories, and make their own datasets citable, enhancing the scope for reproducibility.

True to its original promise, Mendeley has remained free for the end user, and that is something Appleton says they are committed to, so that researchers can be confident that when they move from institution to institution, they can keep their account and have continuity in their research. 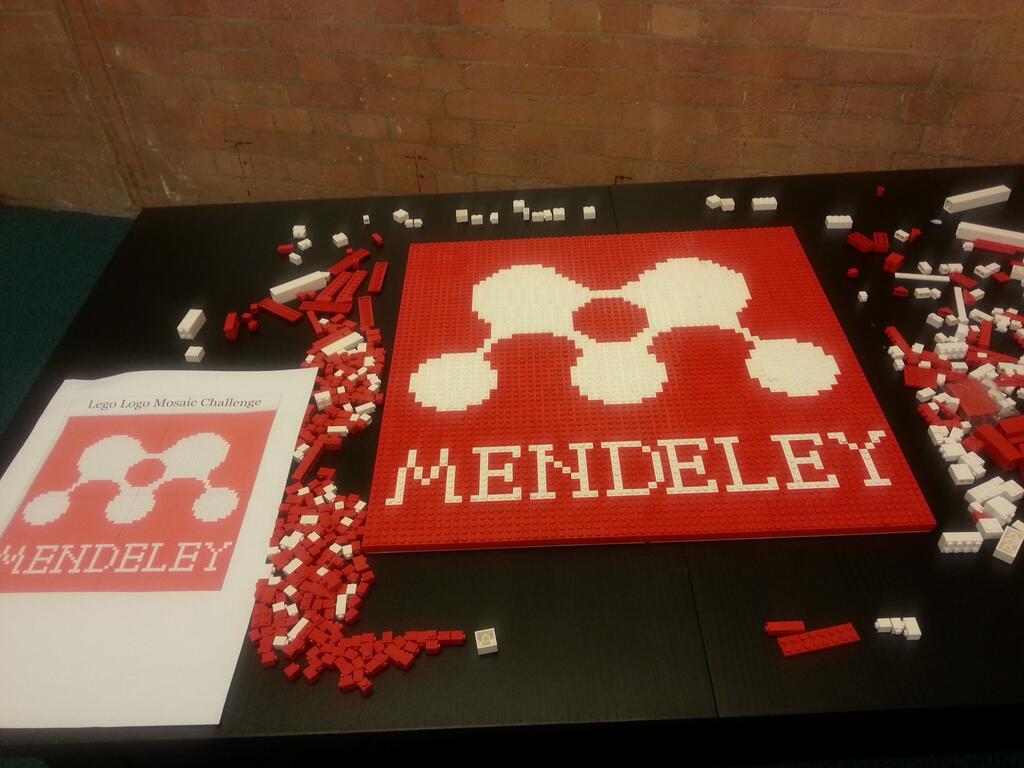 We spent weeks, if not months thinking about a name. We wanted to have something generic because we didn’t know if we would end up doing what we were doing or just pivot off the idea Click To Tweet

The idea for Mendeley, like so many successful technology platforms, was born the need to solve a problem. Foeckler met Mendeley Co-Founders Victor Henning and Jan Reichelt while studying at BUW Bauhaus University Weimar in Germany, and they soon found that they shared a common frustration with the research tools they were using.

“There weren’t any good solutions out there to manage your references, cite articles, organise PDFs, etc.,” recalls Mendeley Co-Founder Paul Foeckler. “I was publishing while studying, and my co-founders were doing their PhDs and the tools available for reference management and everything else were very bad and we thought that we could do it better.”

The first problem they had to solve, however, was what to name the new platform:

“We spent weeks, if not months thinking about a name. We wanted to have something generic because we didn’t know if we would end up doing what we were doing or just pivot off the idea. Then we had the idea of combining two researchers’ names: Mendeleev and Grigor Mendel and that’s how we came up with “Mendeley”. All the .com and other domains were free and this is how it was born.”

They self-financed a basic “Alpha Stage” prototype for about £20,000, outsourcing it to a team in Belarus. This, alongside a business plan, convinced successful angel investor Stefan Glänzer to come on board, and the platform gathered momentum from there. “It felt like magic when the software automatically extracted metadata from the articles.”

William Gunn, Director of Scholarly Communications at Elsevier, was one of the first hires the founders made in those early days.

“I came to Mendeley in probably one of the most appropriate ways for someone who is involved in online user engagement. Victor found me online! I was a member of an online community of scientists and had written about some of the tools.” Gunn recalls that when he started work with Mendeley, what stood out to him the most was how short their development cycle and feedback loop was. “They would release something, post it to the community, and then next week they would already have incorporated the feedback – to the extent it aligned with their vision, of course.”

This community-led design has very much remained a part of Mendeley’s DNA according to Appleton. “I love the team’s passion for understanding researcher needs and solving problems for them,” she says. “Each week we have 5-10 researchers come to our office and help us test the product and tell our product designers what problems they have in managing information as part of their job. The product managers find these sessions invaluable to help them know what to focus on. Our tech teams then love to spend time thinking about the best way to solve those problem using latest technologies, and so it’s a real collaborative effort, which makes the office a fun place to be.”

They self-financed a basic “Alpha Stage” prototype for about £20,000, outsourcing it to a team in Belarus Click To Tweet

Foeckler says he knew they were doing the right thing by partnering with Elsevier, and he has remained with the company as Director Product Management & Integration, overseeing publisher relationships from a Mendeley perspective as well as strategic projects and issues around compliance, legal and analytics. “We secured the long term future of Mendeley and with Elsevier we made it so much better,” he says. “We are actually just at the beginning of a big transformation of the whole industry and Elsevier together with Mendeley is in an amazing position to play a leading role in this transformation. Yes, I would do everything again.”

In spite of reservations from some in the research community about the acquisition, Gunn was also won over by the vision of building Mendeley as a central platform for Elsevier technology, which made him feel that they shared the same goals.

“I’m glad I did stay, because I have been able to work with some great people and be very involved in some of the biggest changes in the research landscape over the past few years – open access, the development of altmetrics, the reproducibility initiatives, preprints… Since then, Mendeley has become more solid as an application & solved a bunch of long-standing technical issues we never had the resources to tackle. With Elsevier’s investment, we could hire more developers and finally solve many of these problems.”

Foeckler says there are many examples of where this investment and support has translated in additional features and benefits for Mendeley users, such as Database scalability, the social aspects, Research Data features, Funding features, integration with other products like ScienceDirect or Scopus, knowledge sharing of the teams.

Being part of Elsevier allowed Mendeley to scale in a way that wouldn’t have been possible for a smaller company, according to Appleton. From practical issues such as the ability to access key talent, take advantage of lower data hosting costs, or move to larger offices to accommodate an ever-expanding team, to acquisition of other complementary products such as Newsflo and Hivebench which quickly added new features to the platform without having to build them in-house from the ground up.

“Actually now we are so closely integrated with Elsevier that I don’t see it as Mendeley vs Elsevier – we are working towards the same goals which is how can we help support researchers to manage information better, and be more successful as a result.” “Mendeley also managed to keep a lot of what made it cool – its focus on users, open APIs for our data,” she adds

There are, of course, many challenges ahead for the next decade, such as working with the entire STM industry to enable researchers to get seamless convenient access to full text when they are sharing articles between collaborators, or searching for an article in their library, while at the same time ensuring that access to content is both legal and supporting scholarly publishers business models rather than undermining them.“We’re signatories to the STM principles on scholarly sharing and we want to work to make usage reporting and seamless access a reality,” says Appleton. 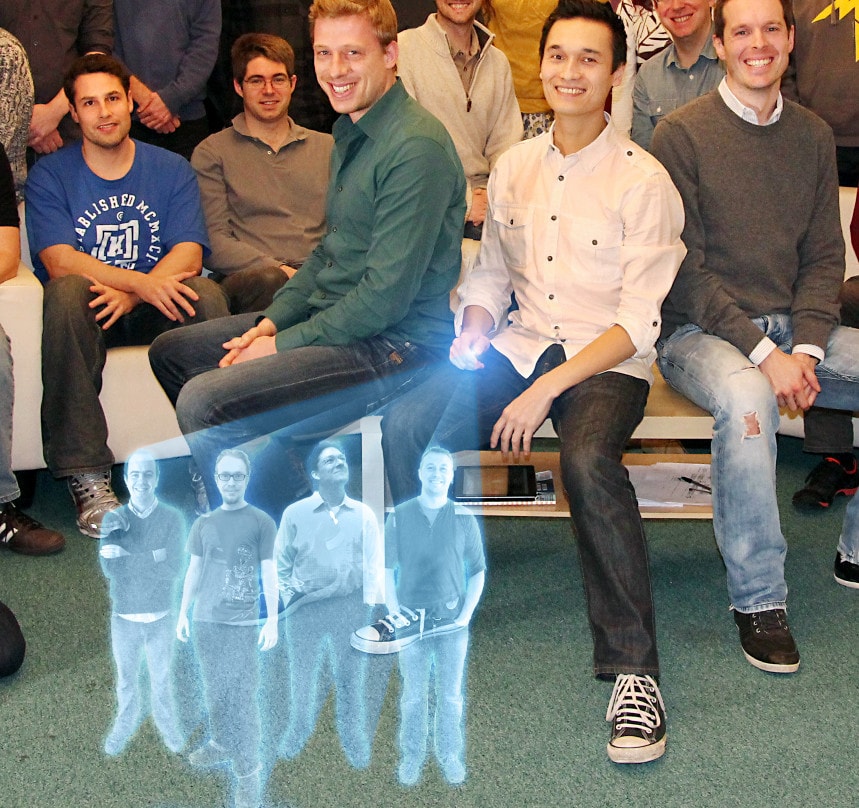 For Foeckler, the next ten years are looking bright for Mendeley, as long as they keep the focus on constantly improving the product and listen to what researchers want. “I just met a Mendeley user while on holiday over Easter. He was very excited to speak to a Mendeley founder, the software is his “bread and butter” he said. This is amazing to hear! There are tonne of opportunities in the next ten years, it’s a super exciting time for the domain and I still very much enjoy being part of and helping to shape the change which we are going through.”

This article was originally published on Elsevier Connect