The next frontier for disruption? Public services powered by AI and Blockchain technology.

This week Europe’s first GovTech Pioneers event was hosted in Vienna at the Palais Wertheim. Ahead of the conference which begins today. Bringing together leading politicians, startups, corporations, VCs and Public CIOs, the event aimed to introduce start-up driven innovation in the public sector. 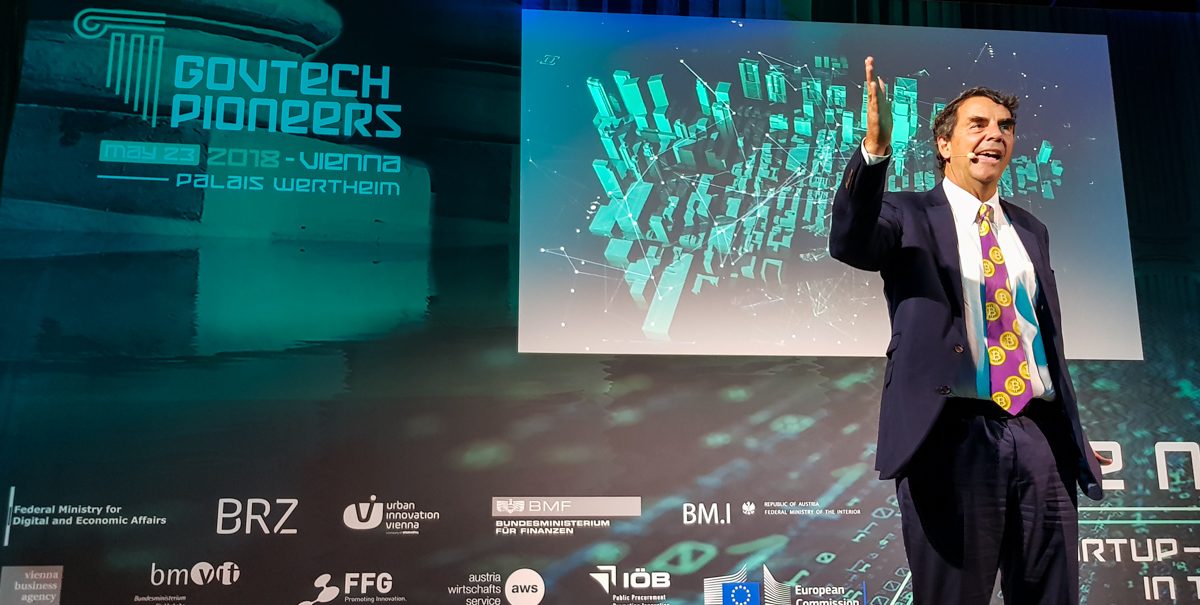 Attendees had the chance to meet the innovators behind a $400bn market and learn more about the latest trends in Citizen Collaboration, Blockchain and Security. Speakers included IDEO Portfolio Director Peter Jackson, whose talk covered how design can push governments forward, and Stonly Baptiste of Urban-X, who joined a discussion about accelerating GovTech startups.

If there is a service out there that is better, people will go for it. And if your government isn’t willing to change, then for you winter is coming Click To Tweet

With data and privacy a hot topic, it isn’t surprising to see that the winner emerging from the event’s start-up competition was Fleksy – which offers a secure keyboard that it licences to governments to protect their internal mobile communications. The Barcelona-based company ultimately saw off competition from over 350 startups, hailing from 65 countries and four continents, which applied for GovTech.Pioneers. Of the 100 selected to attend, who travelled to Vienna from four different continents, 24 were selected to pitch in four different tracks. These were Citizen Collaboration, Blockchain, Public Safety & Security, and an Overall Govtech Solutions track. 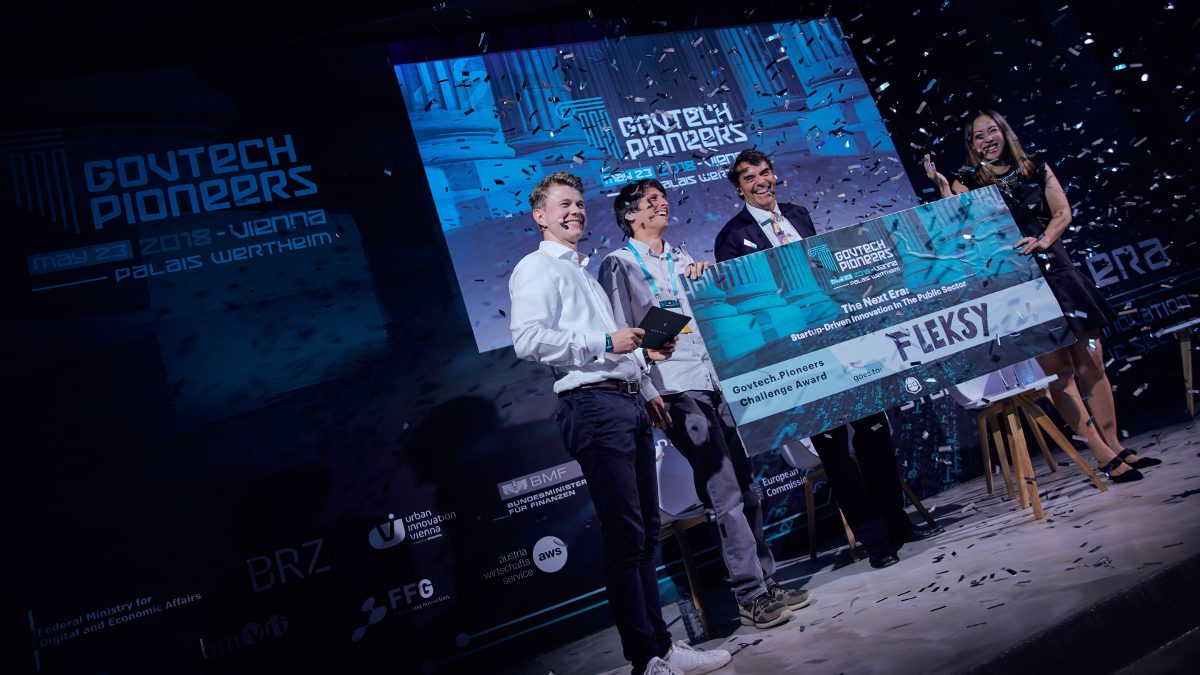 There will be a terrestrial part of government and a virtual part. A country like Estonia has recognized there is this part that does not need to be tied to a land mass Click To Tweet

The audience also heard from some individuals charged with leading the digital revolution into action at both national and European level. Among them were Margarete Schramböck, the Austrian Federal Minister for Digital & Economic Affairs, and Peteris Zilgalvis, Head of Unit, Startups & Innovation, Digital Single Market, DG CONNECT at the European Commission.

Former Estonian Government CIO Taavi Kotka explained how his nation empowered individuals to take control over their data while also linking disparate systems which were previously in silos.

“There will be a terrestrial part of government and a virtual part. A country like Estonia has recognized there is this part that does not need to be tied to a land mass – and other countries are starting to recognize that. Governments are realizing that they are going to start to compete with each other like businesses.”

Sharing your data does not mean giving up your privacy. It actually gives you more control if done right. @taavikotka talks about the Estonian case study at #GovTechPioneers pic.twitter.com/FefzVIvOxl

“Government services should be seamless,” he said, using the example of child support payments being made to a mother automatically as soon as a child is born. “We have all the facts; we just need to connect them,” Kotka added.

Another speaker providing an interesting perspective was Carrie Bishop, who oversees the digital strategy for the City of San Francisco and contrasted the different approaches between the US and UK in designing governmental structures.

“All over the UK we’ve seen a 30% cut in funding for public services, and you only deal with that by automating,” she said, revealing that at least some parts of Europe are well ahead of the USA when it comes to government technology. “Such economic pressures don’t yet exist in San Francisco, so we’ve only just begun our journey there.” 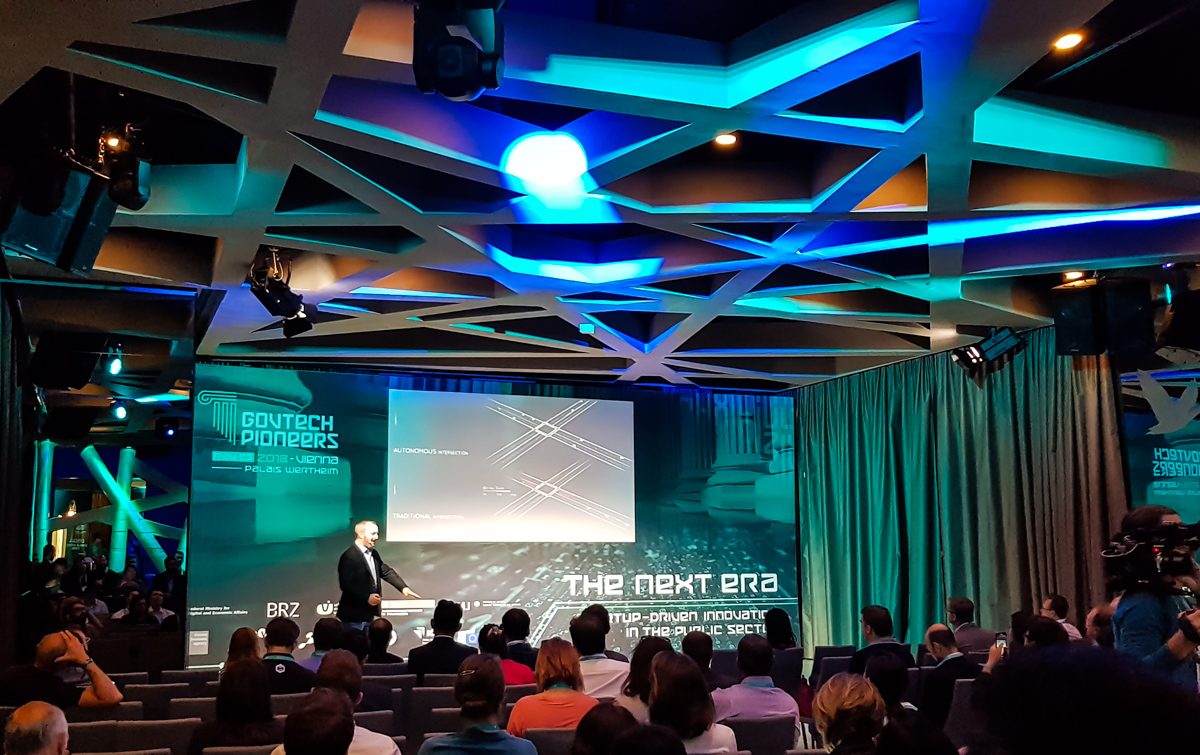 We have all the facts; we just need to connect them. Government services should be seamless Click To Tweet

One of the most t thought-provoking and popular sessions of the event was delivered by Tim Draper who was an early investor in companies such as Skype, Baidu, Twitter and Tesla. Wearing an eye-catching Bitcoin tie, the legendary tech VC explained how blockchain disruption extends well beyond cryptocurrencies.

In future, according to his vision, decentralized systems will take over government functions such as currency regulation systems and healthcare. That could be a good thing too, allowing our elected representatives and civil servants to focus on other aspects of government such as providing infrastructure, security, or waste management.

“By combining Bitcoin, Blockchain with Smart Contracts and Artificial Intelligence, we could create the perfect bureaucracy,” he said. Things like insurance, health care, and the real estate industry all offer a terribly poor service at a high cost, he explained during his keynote. But in a world where technology is breaking down geographical barriers, those governments will be forced to compete for citizens by providing better-value services. Which is why Draper himself has chosen to become a virtual citizen of Estonia.

“If there is a service out there that is better, people will go for it. And if your government isn’t willing to change, then for you winter is coming. And for a country like Estonia, that will be a perfect storm.”

“As a venture Capitalist I’m always looking for places where they’re providing the worst service at the highest cost” those are the sectors ripe for technological disruption #GovTechPioneers pic.twitter.com/ztfIOqsdLb