You can now put on a selfie game face without dealing with all the messy greasepaint.

Face painting is part and parcel of sports culture, particularly in the US. But – excuse the pun – let’s face it: not everybody has the time, patience and tolerant skin complexion to achieve that perfect artistic look that will do justice to your team and your devotion to them. 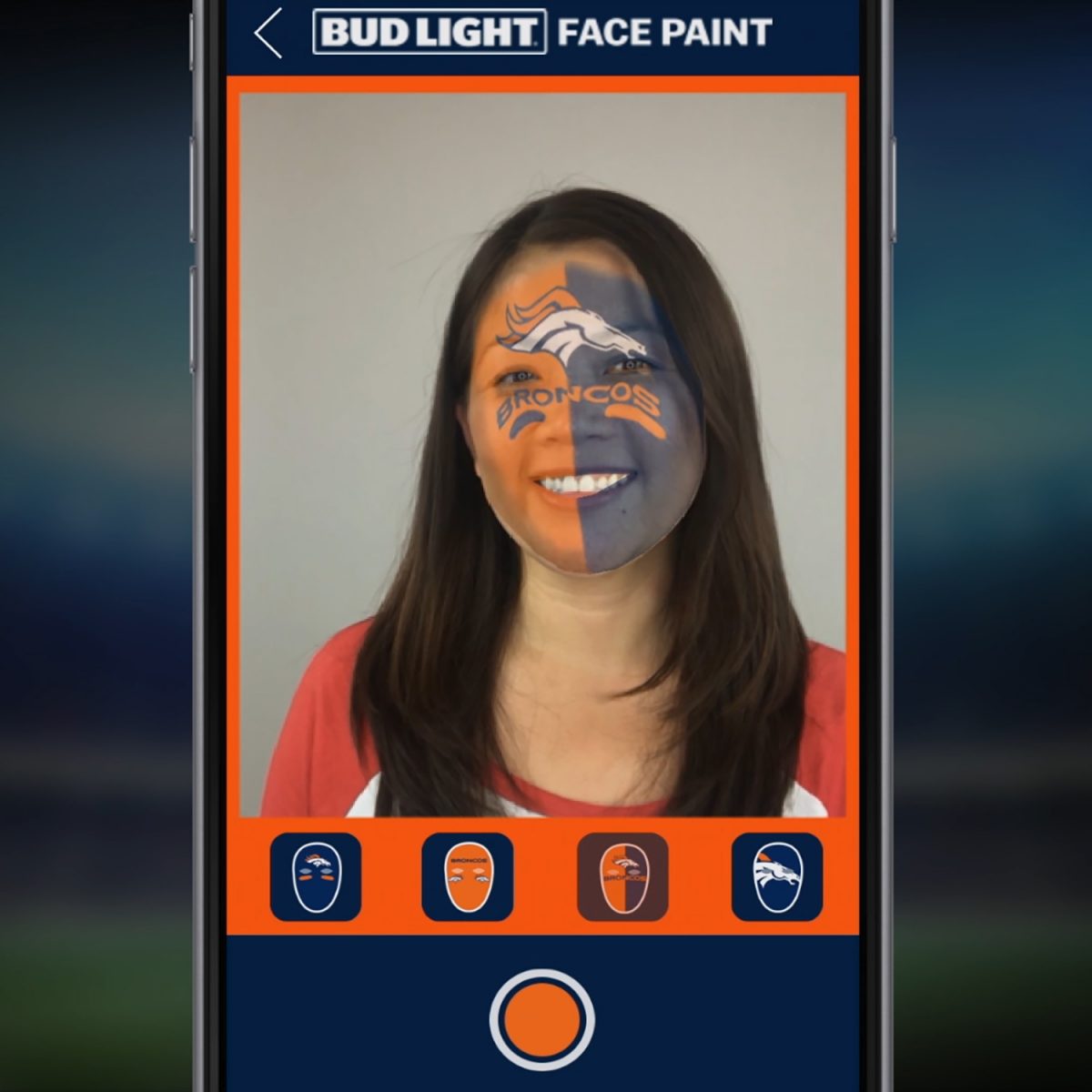 That’s where Augmented Reality comes in, as three NFL teams are now offering their fans the chance to paint their faces with AR. San Francisco-based digital agency Float Hybrid worked with sponsors Bud Light and select NFL teams to incorporate the feature into the apps. 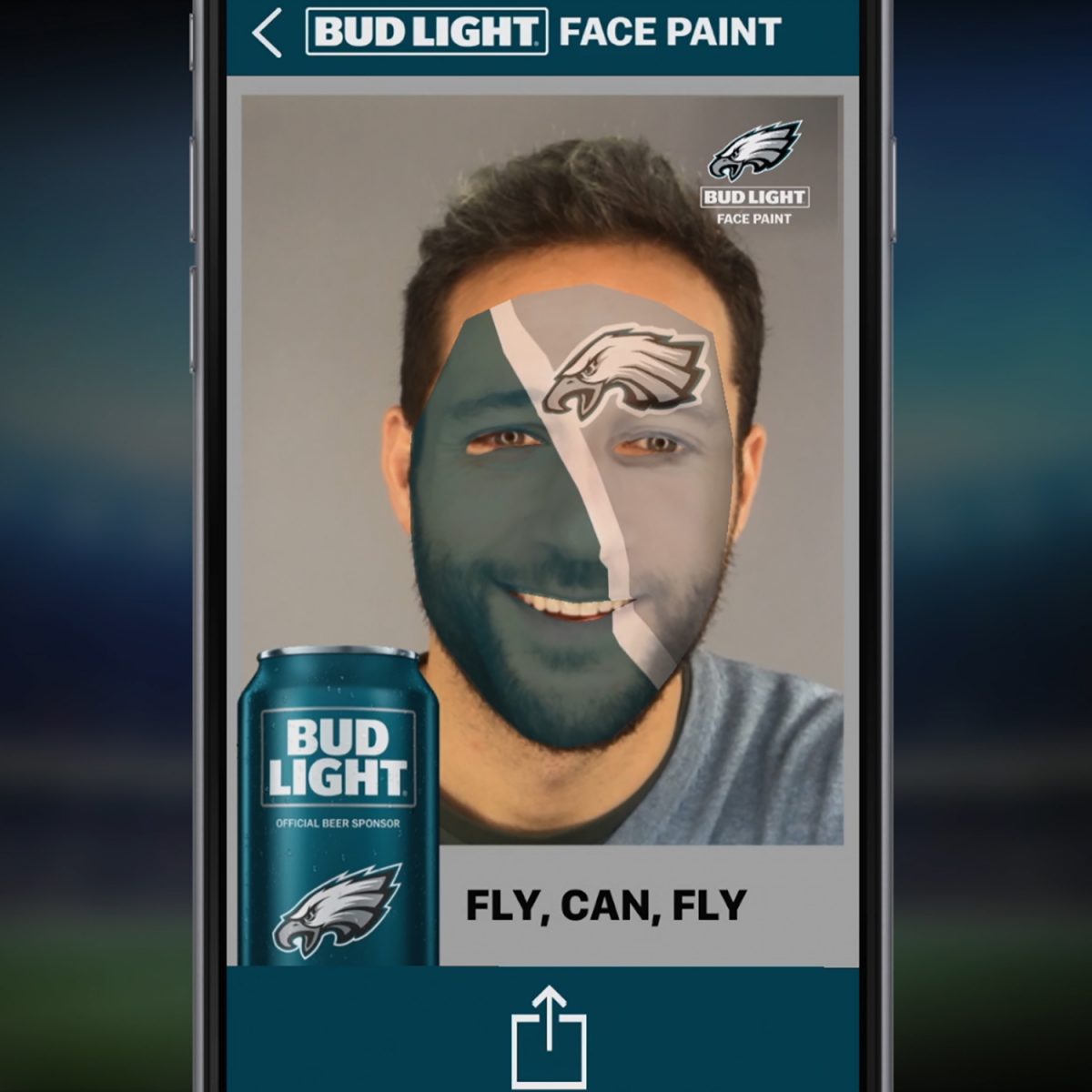 The feature uses facial detection to apply digital face paint masks in real time. Responsible for designing the various face paints, Float Hybrid studied countless images of fans across each participating team to understand which designs would resonate most with the local fans.

“We are hyper-focused on leveraging innovative technologies to create memorable moments that drive emotional connections with consumers,” says Keith Bendes, VP Marketing and Strategic Partnerships at Float Hybrid. “AR Face Paint capitalizes on some of the most beloved and fun trends in mobile to provide all fans, whether in the stadium or at home, a way to showcase and share their fandom.”

The functionality was developed by Pittsburgh company YinzCam, which has considerable sports app pedigree from building 24 NFL club apps as well as more than 100 apps for teams in the NBA, WNBA, MLS, NRL, AFL and CFL, as well as apps for leagues, venues and events like the Super Bowl XLIX. 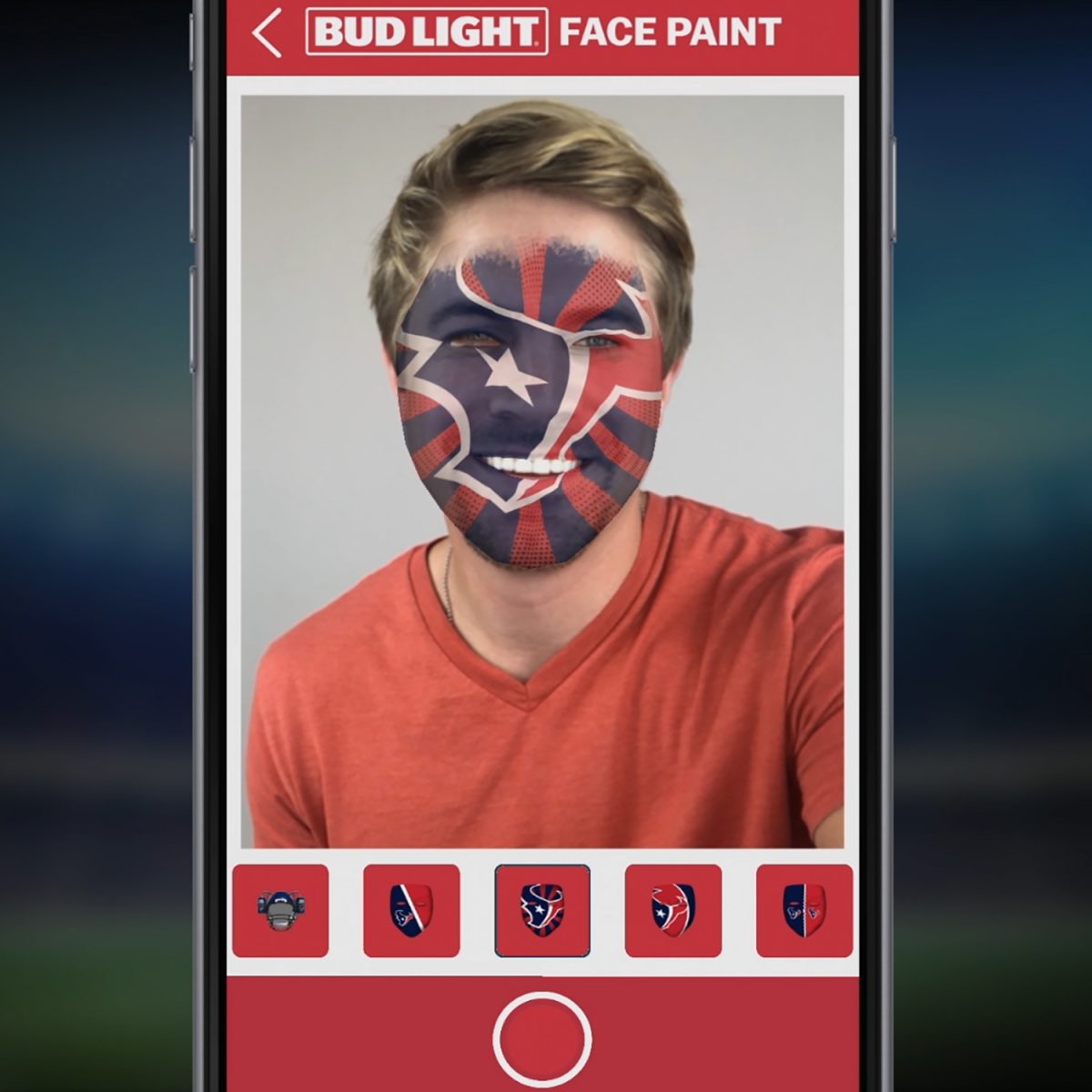 The nice touch is that you don’t even need to download a separate app to try this new feature out. If you’re a fan of the Broncos 365, Eagles or Texans, you can apply different face paint designs and helmet filters, take selfies with them, and share these on social media, all from within each team’s official app. I have a feeling that if this proves popular you will soon see a lot more NFL teams joining the bandwagon too.

As the NFL and its sponsors look to connect with the younger generations, they recognize the fact they will need to provide experiences that tap into the technologies and devices they already use. “Phones have become the primary method of interaction,” says Ryan Mortimer, Director of Digital Innovation for Anheuser Busch, which owns the Bud Light brand. “The onus is on us as innovators to provide experiences that resonate with the way these fans communicate & participate. The augmented reality face painting feature does just that.”

Brady Kellogg, Senior VP of Corporate Partnerships at the Denver Broncos, says they’re always looking for ways to get fan more connected with new technologies to enhance their experience, and AR was a great way of achieving this. The Broncos were the first team in the NFL to introduce augmented reality face painting at the end of the 2016 season, and its success in driving fan engagement led the team to bring it back for the 2017 season.

“Fans are looking for fun, new ways to get involved with their favorite teams, and augmented reality allows us to provide a highly engaging, interactive fan experience,” Kellogg explains.

This is further proof that big brands are increasingly looking at integrating immersive technologies like Augmented Reality into their social strategies, and is another indication that AR is becoming serious business. But at the very least, any feel-good NFL story that doesn’t involve the White House has to be a good thing these days. You’re welcome.

If you would like to find out how to leverage VR/AR/MR in your enterprise, Tech Trends offers Virtual Reality Consultancy support