When tech can translate everything, language becomes about seeking your identity in a globalized and digital world.

Technology has made it incredibly easy for people to connect and communicate with one another. Not only is it possible to look up the meaning of any word on your phone, but there are countless applications that can live translate presentations or even speech, bringing us ever closer to the Star Trek Universal Translator scenario where we will be able to understand what another person (or alien) is saying, whatever language they happen to speak.

It seems language learning as we know it is fast becoming obsolete. In Britain, for example, the number of students taking modern foreign languages has plummeted because British children – already spoilt by the fact that English is so widely spoken around the world – have become increasingly reliant on tools such as Google Translate. 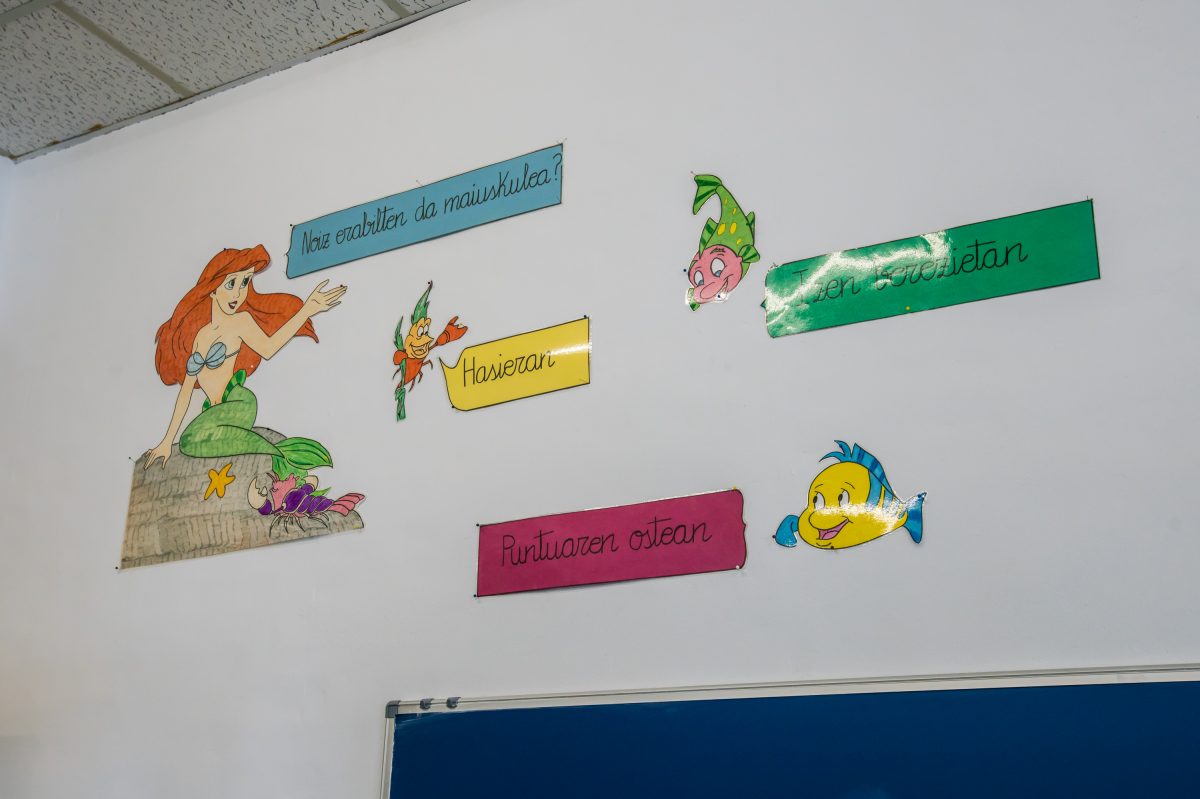 Yet at the same time as British teens are turning their back on traditionally valued languages such as German, French and Spanish, Britain is experiencing a strong surge of interest in local idioms, with take-up of languages such as Irish and Scottish Gaelic up by 33% over the past five years. In Wales, where the survival of traditional communities had previously been threatened by young people moving way, there is now a growing demand for Welsh-medium education and over a quarter of pupils are taught in Welsh.

Yet these seemingly contradictory phenomena are actually related. They’re simply different reactions to growing automation and globalization, which renders many of the skills we used to value obsolete and erases traditional borders. And this is leading people to turn back to their local roots and identity as a way of navigating the flux and uncertainty they find themselves surrounded with.

A recent poll of 15 countries showed a common language is the most important factor in defining a nation’s identity. So the feeling expressed by Welsh First Minister’s Carwin Jones when he said that “Welsh is part of what defines us as a nation” is something that chimes across many cultures, particularly ones that were traditionally oppressed through being denied access to their language, as was the case with First Nations people in Canada. 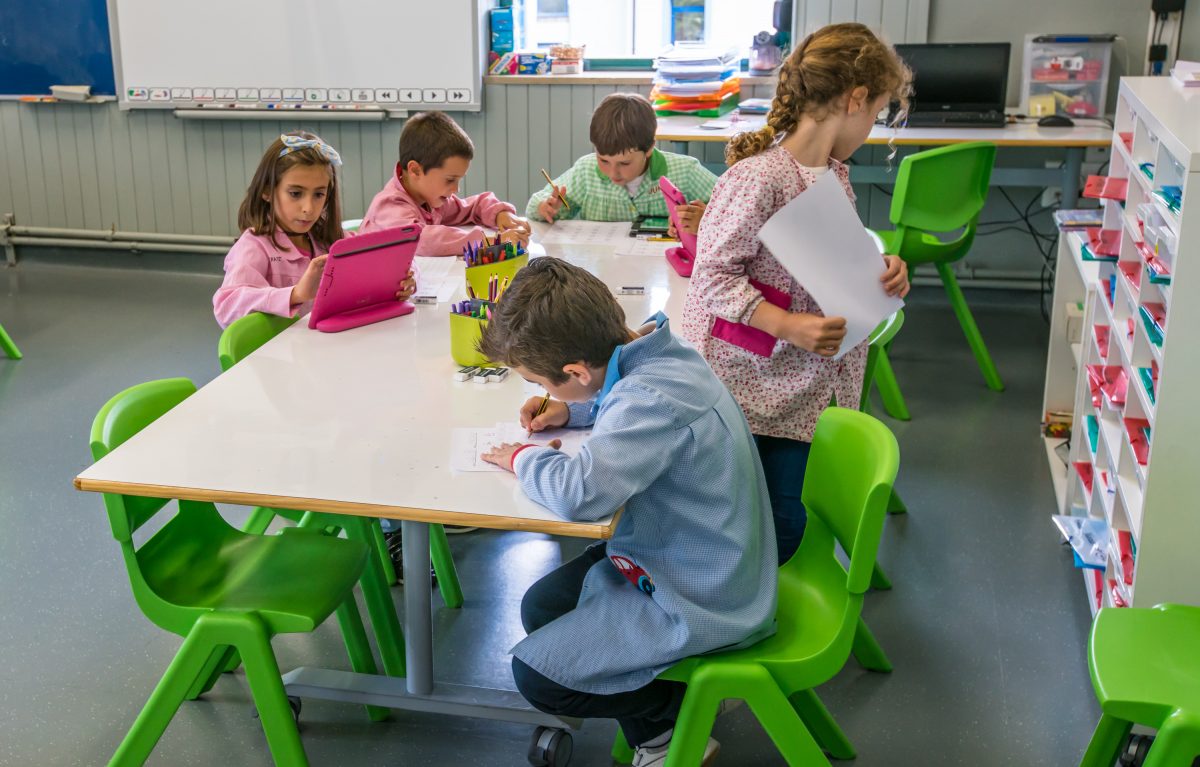 agrees Maggie MacDonnell, who this year won the $1 million Global Teacher Prize awarded by the Varkey Foundation for her work with the Inuit community of Nunavik. Her region, neslted in the deep Canadian Arctic has the highest rate of Inuktitut speakers amongst all Inuit groups worldwide:

“All my students speak Inuktitut, and are taught exclusively in the language from primary to grade four. It’s so important that kids have a sense of belonging and pride in who they are and that’s what makes the preservation of language for our indigenous people so profound at this moment,” she explains

Being a citizen of the world is about constantly negotiating multiple identities,“ adds Pello Salaburu, director of the Basque Language Institute. “We call ourselves Euskaldunak, which roughly translates as ‘people who own the Basque language.’ To be Basque is to speak Basque, and living in a globalized society it is important to have different identities you can match with, otherwise you feel lost.”

Only a few decades ago, children caught speaking Basque in northern Spain would have been punished at school. But as of 2017, 54% of the region’s population are Basque speakers (pdf in Spanish), and in 2016 52% of university students opted for being taught in Basque instead of Spanish.

Instead of creating insular and inward-looking communities, learning the hyper-local languages of their regions actually allows young people to develop greater flexibility and resilience. This in turn helps to better equip them to deal with the effects of globalization; in the 21st century, the ability to not feel threatened by diversity is becoming a rare and useful skill in itself.

“There shouldn’t be a conflict between the local and the global, but I find that children who are not taught other languages struggle to grasp the concept that diversity isn’t a threat,” says Mari Tere Ojanguren, the principal of Lauaxeta ikastola, which is considered one of the best schools in Spain. “A person that only comes in contact with one language cannot truly understand other cultures. By the age of four our children are immersed in three different languages. So they can be in Abu Dhabi or New York, and they can understand that others around them are different, and be at ease.”

In a world where disruption has become the norm, those connections are becoming more important than ever Click To Tweet

“The measure of usefulness of a language becomes not how many people speak it, but how few.” Ojanguren believes that because her school’s curriculum is taught entirely in Euskera (the native name of the language of the Basque people), it gives her pupils a significant competitive advantage for the future. “I don’t believe the success of the language is measured so much by how much time you spend using it, but in being able to communicate in that language as a community. It’s like belonging to a club, and young people use it to connect to fellow Basques whether they happen to be in Milan, Paris, Berlin, or Boise.” (Fun fact: The Mayor of Idaho’s capital is himself a Basque speaker, and the city has the largest concentration of Basques outside Europe, at 15,000).

This is something that MacDonnell also sees with her students, who still predominantly choose to converse in Inuktitut, even as they acquire English and French language skills. “As they move away to study, it remains a way for them to connect to Inuit communities in the South [of Canada]. It forms an immediate bond between people who’ve never met,” she says.

In this context, the measure of usefulness of a language becomes not how many people speak it, but how few Click To Tweet

In this context, the measure of usefulness of a language does indeed become not how many people speak it, but how few. Language has always provided groups of people with a common sense of identity and has served to connect diasporas when those groups became geographically dispersed. In a world where disruption has become the norm, those connections are becoming more important than ever.

The surprising reason why you should learn a local dialect instead of a global languagehttps://t.co/QjYI54Afud