Film premiered at Tribeca brings the nuclear horrors of the past to life as warnings for the future.

It was the blast heard around the world: On August 6, 1945, an American B-29 bomber dropped the world’s first atomic bomb over the city of Hiroshima, Japan, killing approximately 80,000 people and injuring another 35,000. Yet, society seems to have forgotten the true catastrophes of that day; Hiroshima has become a chapter in a textbook, a history lesson we pay attention to for the sake of a test, and then move on from.

Described as an “Interactive Virtual Reality Memorial,” The Day the World Changed premiered at the 2018 Tribeca Film Festival in New York City Click To Tweet

On August 6, 1945, an American B-29 bomber dropped the world's first atomic bomb over the city of Hiroshima, Japan, killing approximately 80,000 people and injuring another 35,000 Click To Tweet

Over 70 years later, this is something that filmmakers Gabo Arora, Saschka Unseld are hoping to change, by leveraging the unique immersive qualities of VR to force us to remember that day in its full horror, and ask all the difficult questions that come with it.

The Day the World Changed Trailer- Tribeca 2018 from Jennifer Tiexiera on Vimeo.

Described as an “Interactive Virtual Reality Memorial,” The Day the World Changed premiered at the 2018 Tribeca Film Festival in New York City with an unflinching experience centered on the bombing. Utilizing first-hand testimonies, data visualizations, 3-D scanning and photogrammetry, participants in the virtual experience will have exclusive access to images and artifacts they normally would not get to see in real life, including the ability to walk around the Atomic Dome, the last remaining building left standing after the devastation of Hiroshima.

It is all part of the filmmaker’s larger mission to show how virtual reality film can be used as a vanguard that merges entertainment with education – all while examining crucial social issues and bringing people together. The project began as as an original commission by Nobel Media to showcase the work of the 2017 Nobel Peace Prize-winning organization ICAN, a campaign coalition that works to prohibit and eliminate nuclear weapons.

“We are living in a time when our Commander-in-Chief and leaders of other nations are openly calling for more nuclear weapons, taunting each other over their capabilities. Our intention with this work is to give voice to those victims of nuclear war asking the world to face this shared history and to recognize the true horror of these weapons,” says Arora, who believes that people have been desensitized to the consequences of nuclear war over the years.

Tomorrow Never Knows is a start-up XR research, content and technology studio which worked in partnership with ICAN, Nobel Media and the Saul Zaentz Innovation Fund in Film and Media Studies at Johns Hopkins University to put together a powerful historical record reimagined through new technology. Its CEO and Executive Producer on the project, Nathan Brown, hopes the film will help in bridging the gap between art, education and location-based distribution. “This project goes far beyond mere technology or storytelling,” he says. “It is important experiences like this that have the potential to open up new markets and audiences to the power of immersive storytelling around the world.”

The Day the World Changed isn’t just a story about the past, it is also about our future—it reminds us that these weapons are still here, threatening us, but we can do something about it Click To Tweet

The story is told in three interactive chapters:

“We find ourselves at one of the most dangerous moments since the dawn of the Atomic Age. It’s at moments like this that we must collectively look back and understand that nuclear weapons are quite simply indiscriminate weapons of mass murder,” said ICAN executive director, Beatrice Fihn. “The Day the World Changed isn’t just a story about the past, it is also about our future—it reminds us that these weapons are still here, threatening us, but we can do something about it.” 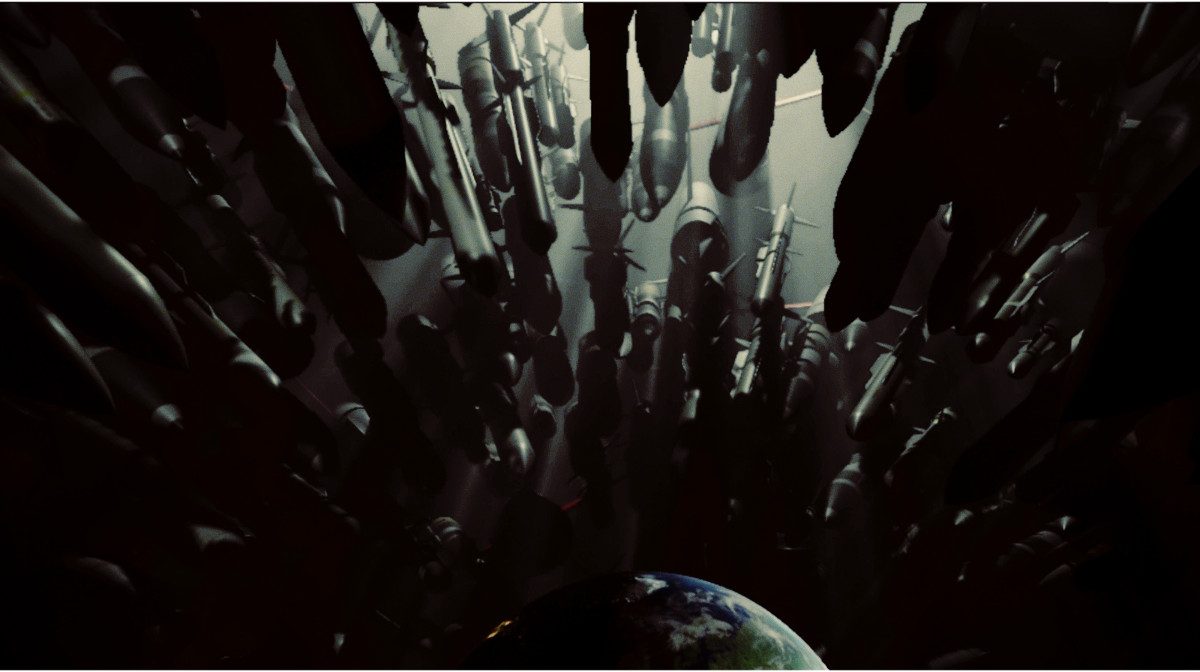 “We want this to be an unwavering, uncomfortable experience for people. We want to turn on its head our obsessions and fetishizing of nuclear superiority as a symbol of pride in one’s country, but also to recognize the power of the virtual reality medium,” adds Unseld. “By placing  the general  public inside the ruins of a tragic event like Hiroshima, we hope to activate a groundswell of support for the abolition of nuclear weapons, and to help ICAN generate momentum in their mission towards elimination.”