Now in its 12th year, the Augmented Reality World Expo in Santa Clara laid the groundwork for the Metaverse

Looking back at the past week it feels surreal to think that I was sharing indoor spaces with hundreds of people. Let’s just say it’s been a while since I’ve interacted with this many (responsibly vaccinated and masked) folks IRL. 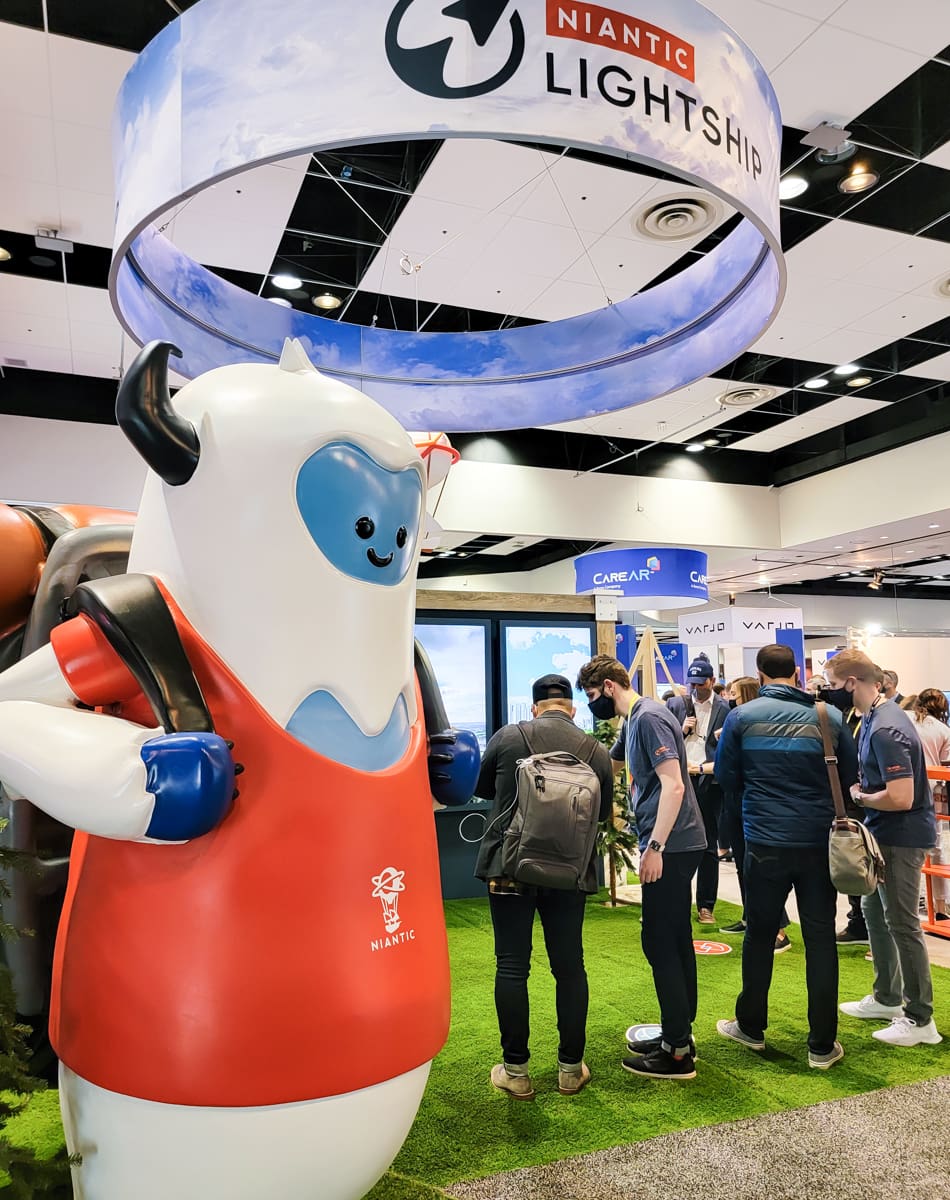 At #AWE2021, everywhere you looked there were familiar faces behind the masks. It really felt like coming home to family, and there just weren’t enough hours in the day to catch up with them all Click To Tweet

But this wasn’t just any old bunch of people. This crowd was a heady mix of up-and-coming start-ups mingled with Fortune 500 companies. Artists and coders swapped notes with the pioneers that brought us to a place where the average person on the street now (sort of ) knows what you mean when you talk about the Metaverse. In fact, the Tweet below marks what might well become a historical moment in the industry, where one said legend – Unity’s Head of AR/VR Ads and E-Commerce and Metaverse OG Tony Parisi – started using “Metaversing” as a verb.

Everywhere you looked there were familiar faces behind the masks. It really felt like coming home to family, and there just weren’t enough hours in the day to catch up with them all.

“The most exciting thing about AWE isn’t the technology, it’s the people,” says Alan Smithson, CEO of Metavrse (not to be confused with the lesser-known CEO of Meta). 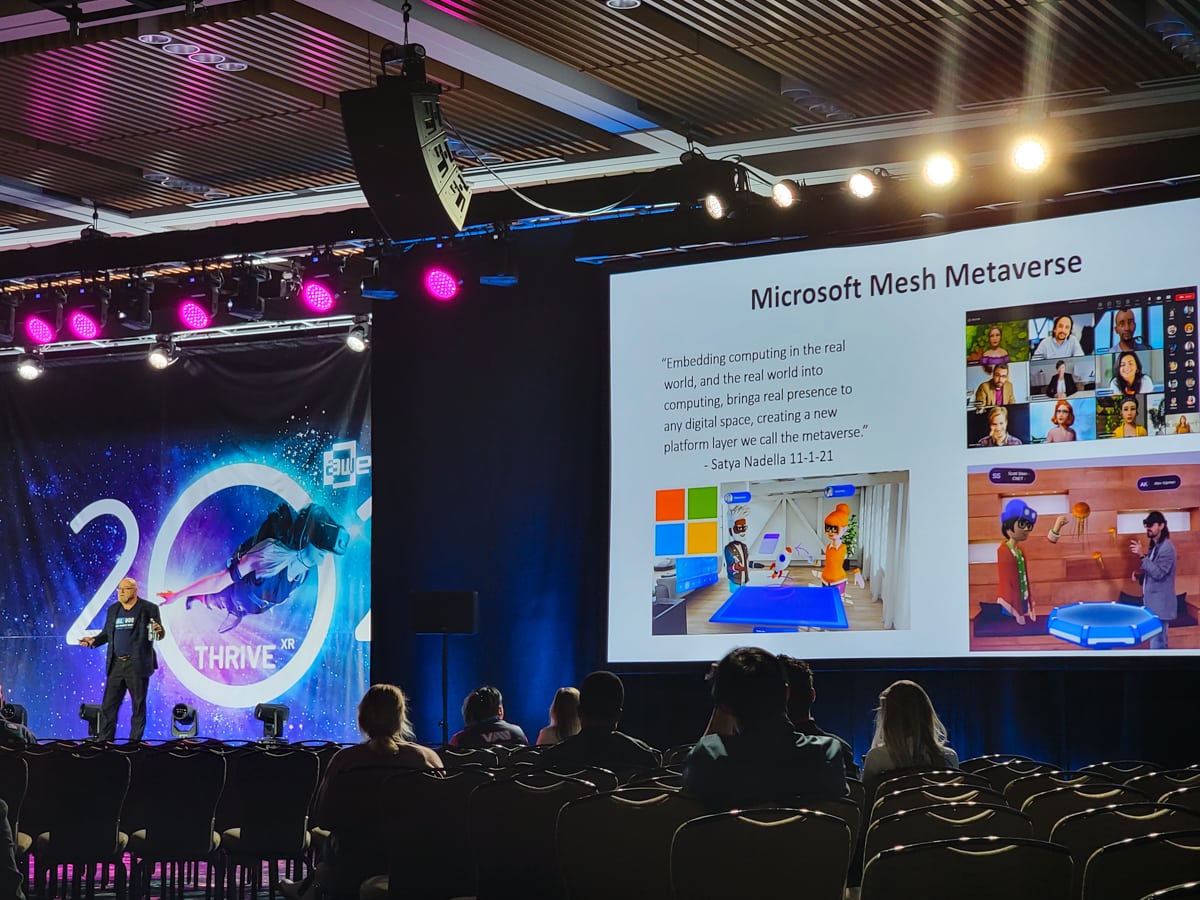 Smithson believes this is the last year when the event will feel so intimate. “The cat is out of the bag now, and this is going to blow up in a big way,” he says, adding that we’re going to look back on this as a very special conference, and something of a tipping point for immersive tech.

“What we can do now with XR is truly amazing, and it works!” adds Caspar Thykier, CEO and Co-Founder of Zappar, an Augmented Reality company that has been around almost as long as AWE itself.

“AWE is 12 years old now and what I think is really interesting is this incremental joining of the dots we’ve seen every year of all the constituent parts of immersive technology, of hardware and software that are just beginning to mesh beautifully together and I think what’s really exciting – apart from the fact we’re all in the same space together – is the richness of the experience we’re starting to get.” 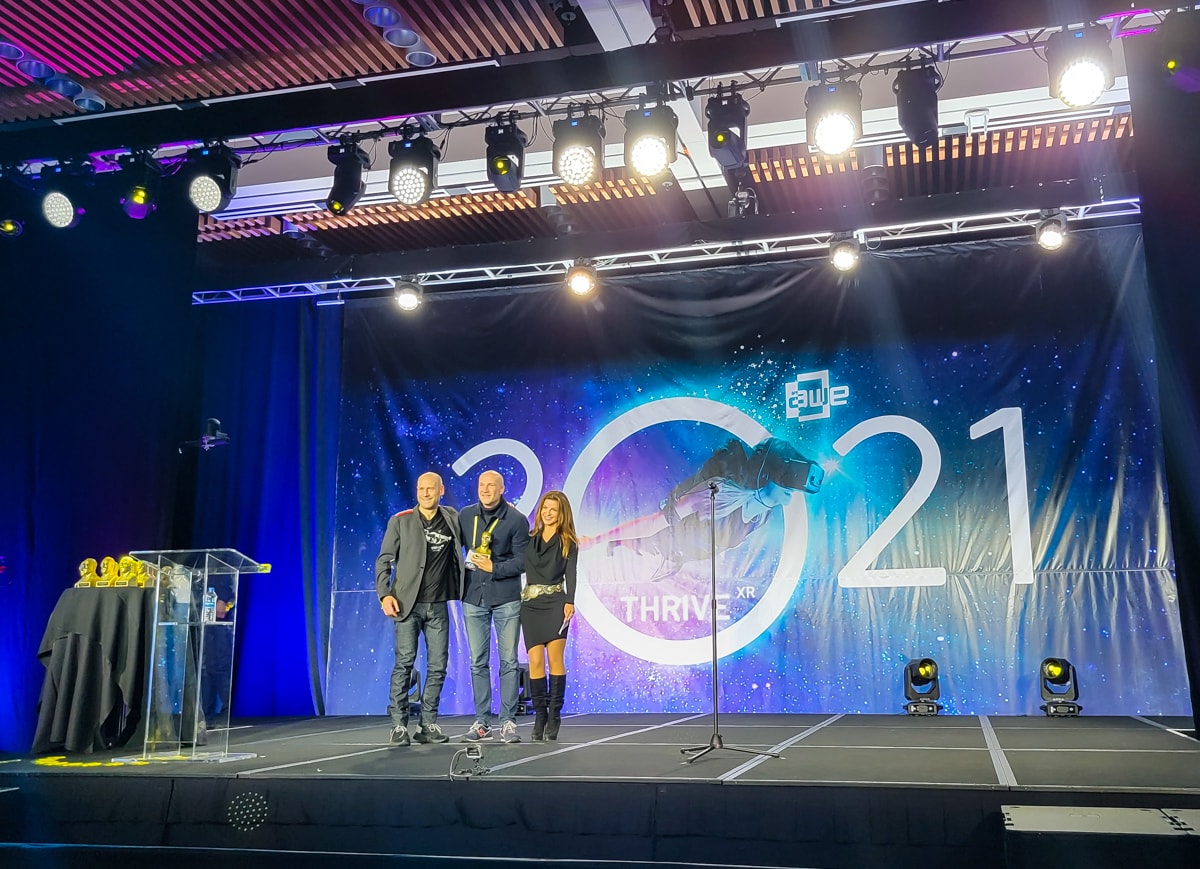 To see these veterans enthused about where we are – and what is to come – is exciting, because for those who know where to look, there is real substance behind the hype, as real use cases for the technology build-up, in turn uncovering even more possibilities. As Thykier sums up when asked about his vision for the Metaverse:

“I think that nobody really knows what that will look like, and I mean that in the most positive way,” he says. “There are so many possibilities and that’s why AWE is so great, because that’s where the conversation starts. This is where we start joining the next set of dots like we have done over the past decade in AR, and to understand what those dots look like for the Metaverse.” 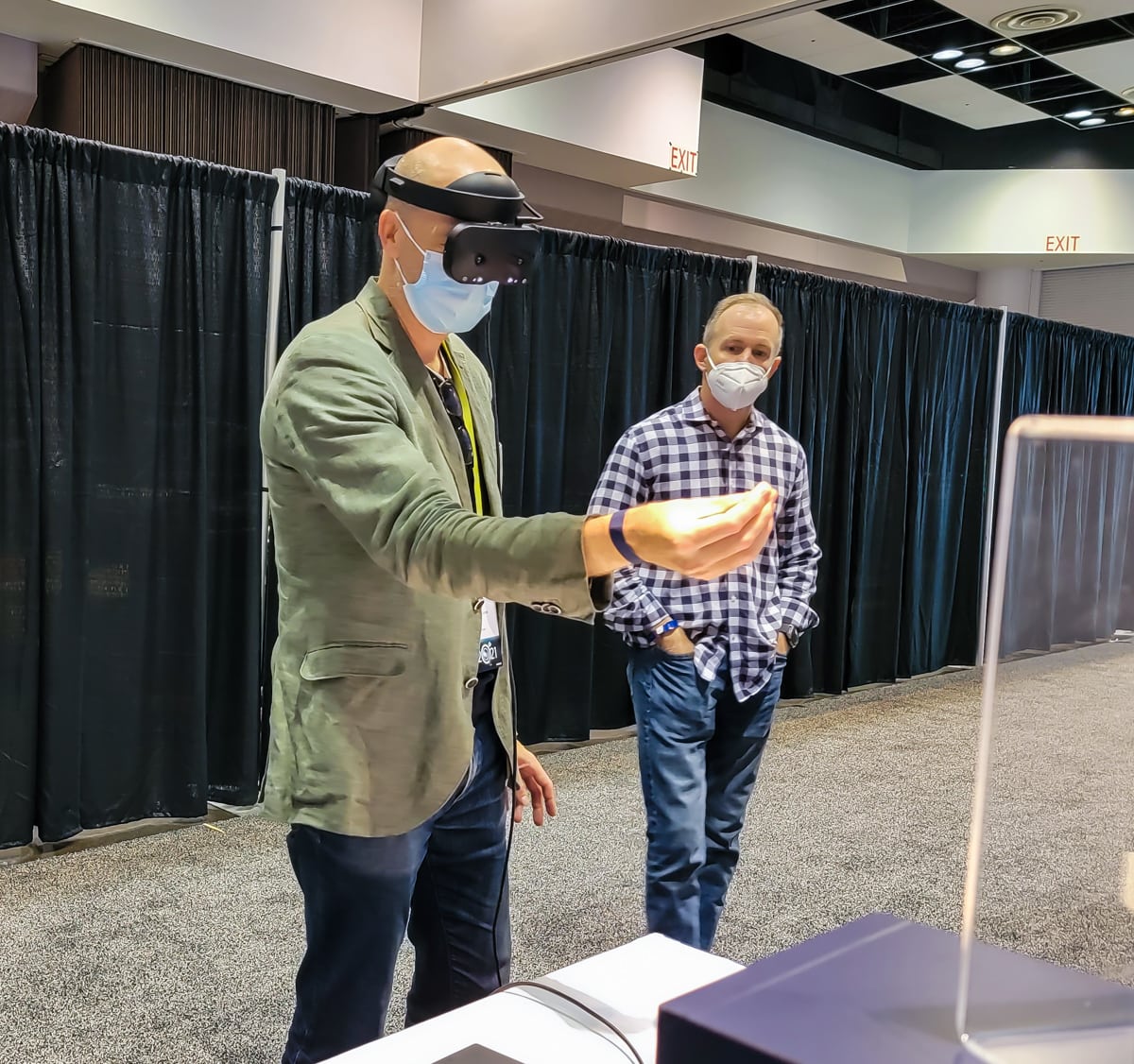