Red, Chuck, Bomb and the Blues face off against their piggy nemeses in the latest Angry Birds instalment

So many green pigs that must be got, yet so little time… Rovio and Resolution Games have brought out a fully immersive version of their popular Angry Birds franchise for the HTC VIVE and Oculus Rift. Over 50 levels of exploding birds await among exotic beaches, steep cliffs, snowy slopes and party city

“As a company we’re deeply interested in the future of gaming and in fact, investigating new tech and platforms remains one of our core strategic pillars. We’re delighted to be supporting the VR industry’s growth and introducing the beloved Angry Birds slingshot gameplay to new platforms,” says Sami Ronkainen, Creative Director, Extended Reality at Rovio Entertainment. 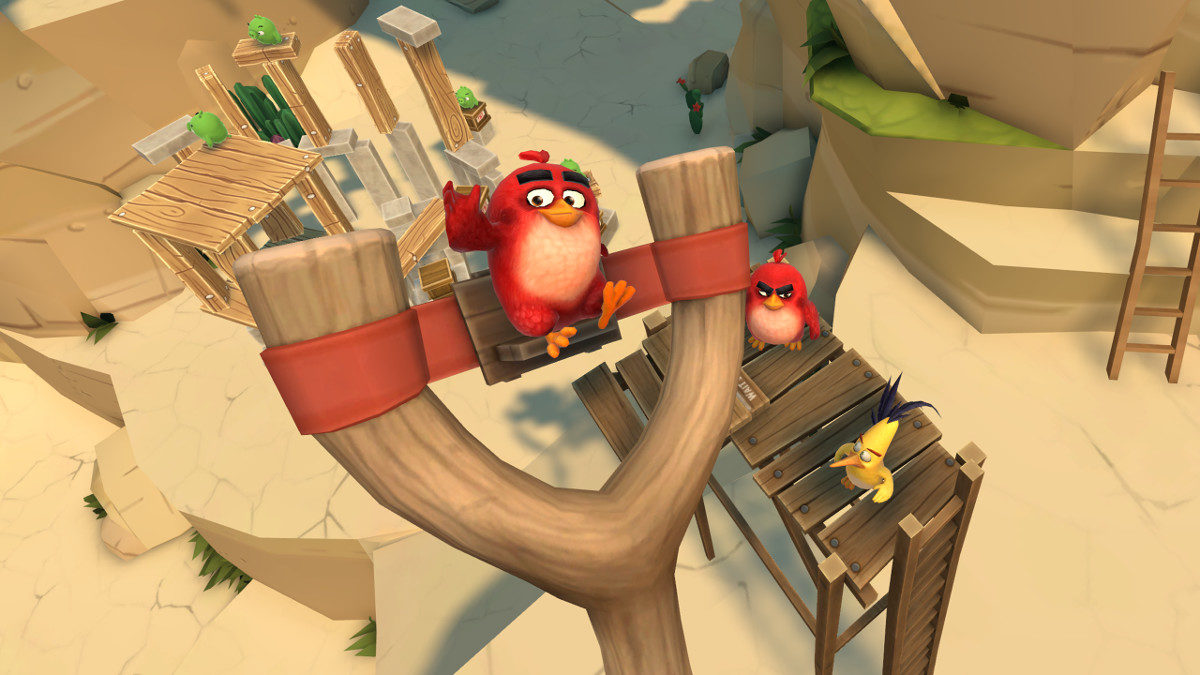 “The beauty of VR is that it allows players to enter and play in a 3D, fictional game universe, something people have fantasized about for decades. And, VR inherently lends itself well to strong characters, which is why the Angry Birds brand is such a great fit with its humor and strong gameplay,” said Tommy Palm, CEO of Resolution Games. “It has been incredibly fun for us to bring that to life, opening the door so players can immerse themselves in that world.”

What is interesting is that the companies have clearly invested quite a lot in making this a premium game, and also priced it accordingly. In a landscape where so much immersive content is still subsidised and offered for free, Angry Birds VR: Isle of Pigs will set you back $14.99 on the Oculus Store , Steam and Viveport (further platforms as well as new levels of gameplay should be added in the coming months according to Resolution Games).

The beauty of VR is that it allows players to enter and play in a 3D, fictional game universe, something people have fantasized about for decades Click To Tweet

It will be good to see what the appetite in the market is for a popular franchise in this new medium, but it does seem a particularly well-suited IP for a test case, as the short, casual and intuitive nature of the game lends itself well to VR in its current form. However, I’m a bit spoiled, having recently had a demo of the Magic Leap version of Angry Birds, and I have to say that you really haven’t experienced an exploding bird until they’ve slingshot across your office in full holographic Mixed Reality glory. I can’t help to think that is what the future of entertainment looks like.