Tech Trends is in Austin, Texas to cover the action at the South by Southwest conference.

SXSW is a “convergence of the interactive, film and music industries.” Over the span of ten days, there are panels, educational sessions, a trade show, special events and more. One particularly unique element of the experience is the intersection of ideas. You can go straight from a concert to a discussion of artificial intelligence.

Here at Sony’s pop-up activation during SXSW, the company is showcasing some of its latest innovations. One that lies at the intersection of technology and music, is Flow Machines, an intersection of artificial intelligence and human ingenuity.

A projection of the Flow Machines interface is on the stage behind them. It might seem familiar to people who make digital music. The interface looks like a standard DAW (Digital Audio Workstation), such as Garage Band or Abelton, that one would use to record, edit and produce music. 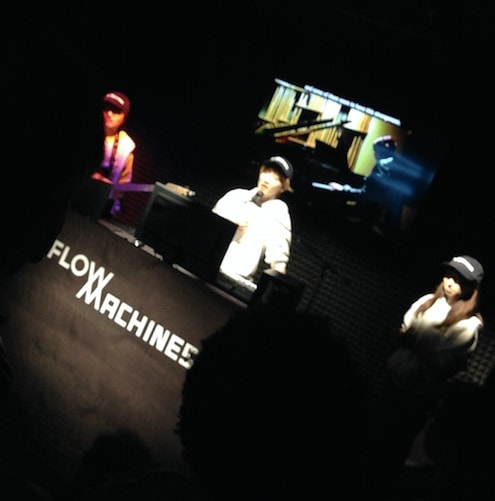 According to the presentation, “Flow machines doesn’t do everything, it needs to work with creative people.” It is intended to serve as a tool to “enhance the creativity of artists,” instead or fully replacing the human role. This also means that the group will have to do more than press a button.

The software allows users to work within a particular key and decide some progressions for that key. The pattern here is a IV, III, VI VI progression. This means that the users can make their sad songs in minor keys, give the machine general idea of where they want to music to go and see what happens.

The presenters went ahead and made a backtrack in the same key already. What the group is making will be the final piece of the musical puzzle and “together with that chord progression, our song will sound like a song.” By the time we’re done, “You can tell your friends this is the song I produced at SXSW.”

An audience volunteer is summoned with the call “This is South by Interactive, right, anyone has the courage to come over and play the song with us…It’s F, Em, Am, Am,  Do any of you play the guitar?”

No one answers. Haruhiko, the mild-mannered Project Engineer, is forced to show off his own skills. He plays a smooth bluesy run with electric rock energy and smiles slightly as he does so. 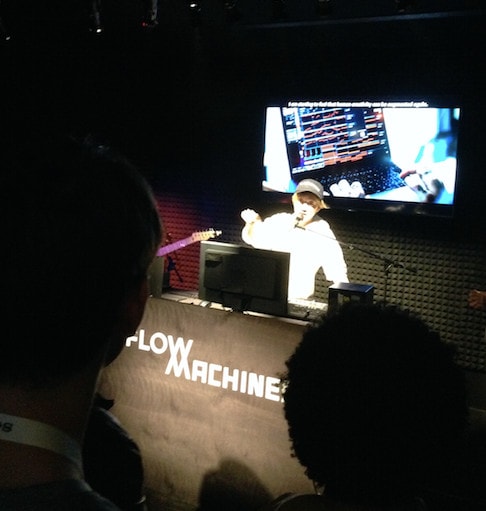 This is a proof-of-concept model specifically for SXSW. Flow Machines Professional is an “AI assisted music composing system . Artificial intelligence works by making it possible for machines to learn from experience, adjust to new inputs and perform human-like tasks. So the patterns in the music of the machine will be based on the data it is given.

According to the presenter, the current iteration of Flow Machines is based on “some styles from current songs that we produced for this software..that’s why it kind of has a musical theory behind it.” If the input data were modified, the user could create different results and “if you want to create a crazy style you can let it learn that crazy style and it will be capable of that.”

This particular project continually emphasizes the “augmentation” aspect is designed to serve as an aid to the creative process. Is this something that musicians might want to use? That’s up to them to decide.