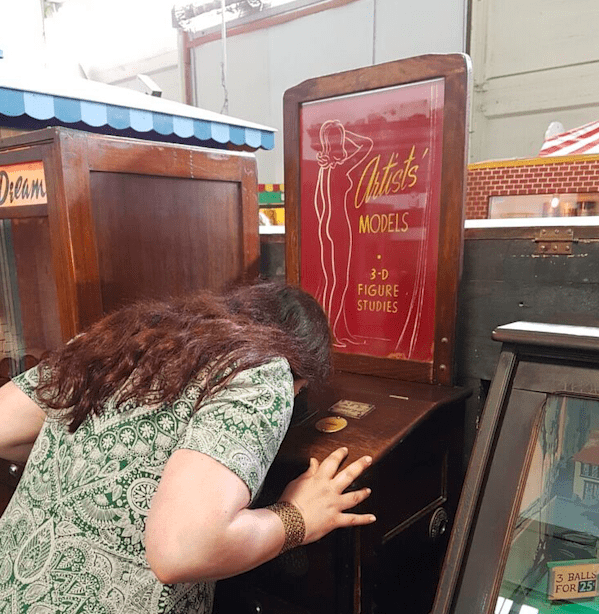 Humans have always used technology to tell stories, so does VR actually change anything?

Few things have the power to catapult you back in time quite as quickly as the stuff you played with as a child, so when I accidentally wandered into San Francisco’s Musée Mécanique with my husband, it instantly felt like home. Just a really weird version of it.

The place was crammed with hundreds of vintage arcade and fun fair machines of every description, all fully functional and many of which — as the signs helpfully point out — “older than you’ll ever be”. 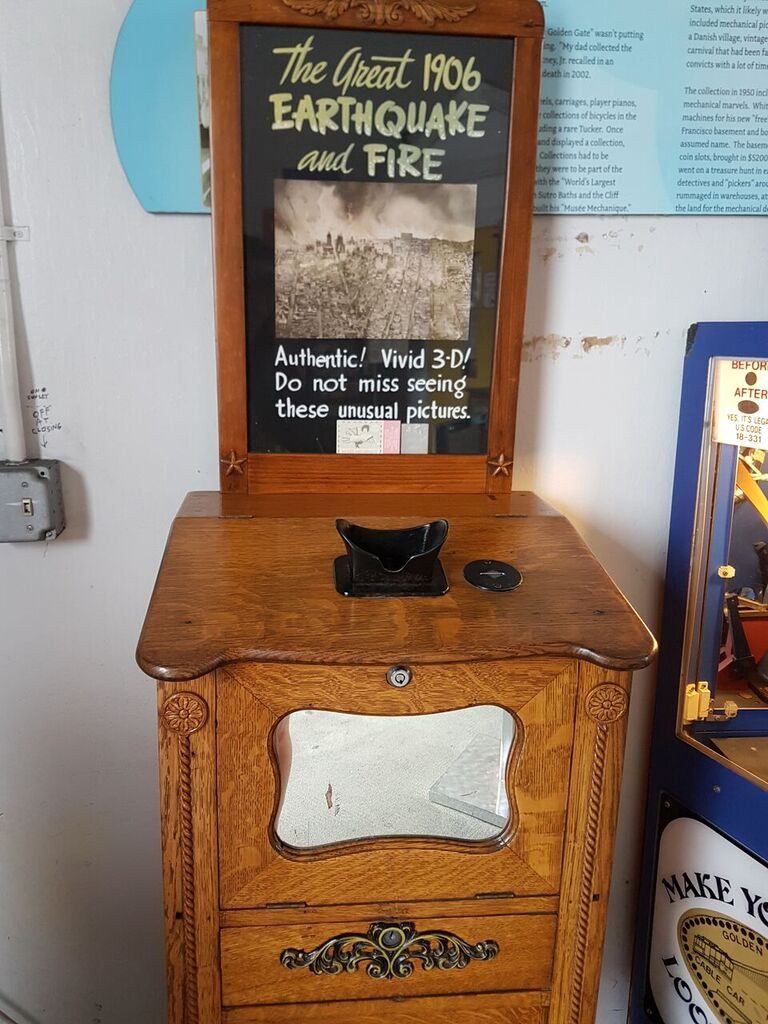 Some, like the Indiana Jones Pinball machine, Alien Bug Hunt and Star Warsflight simulator were exactly the same as what we used to play. Others, likeAsteroids, Pong and Pac-Man peaked slightly before our time but were so iconic as to instantly resonate, especially when the music and sound effects kick in. 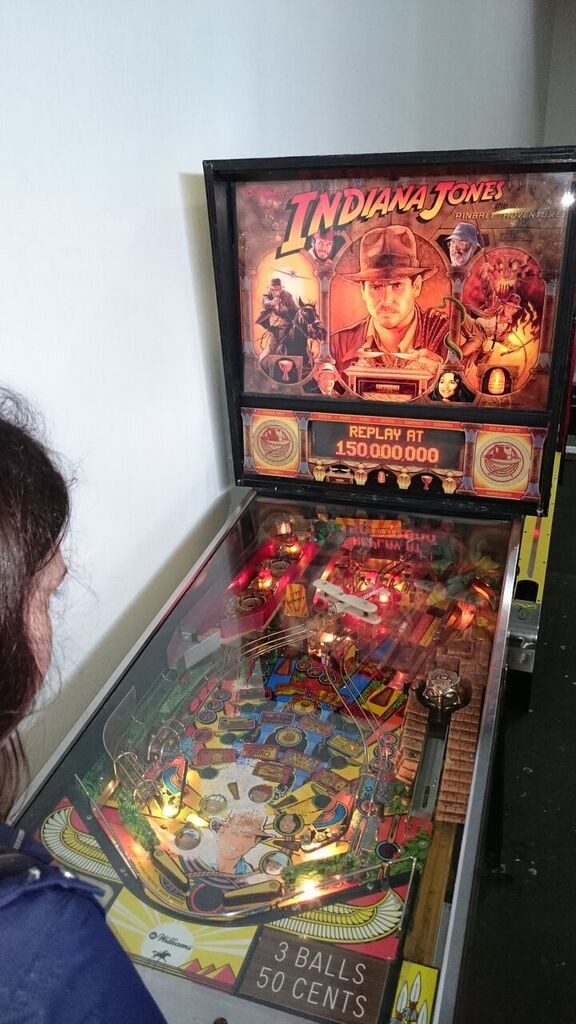 A few, however, were just plain creepy. I shared a moment of fascination with a little girl as she watched a marionette of a crying baby being held up by another doll — nothing actually happened apart from the watching girl getting increasingly freaked out — and with another quarter I bought a drink for the aptly named “Drinking Man”– the machine featuring a large doll of a drunkard that was specially commissioned to “reflect a favourite English pastime — an evening at the Pub”. 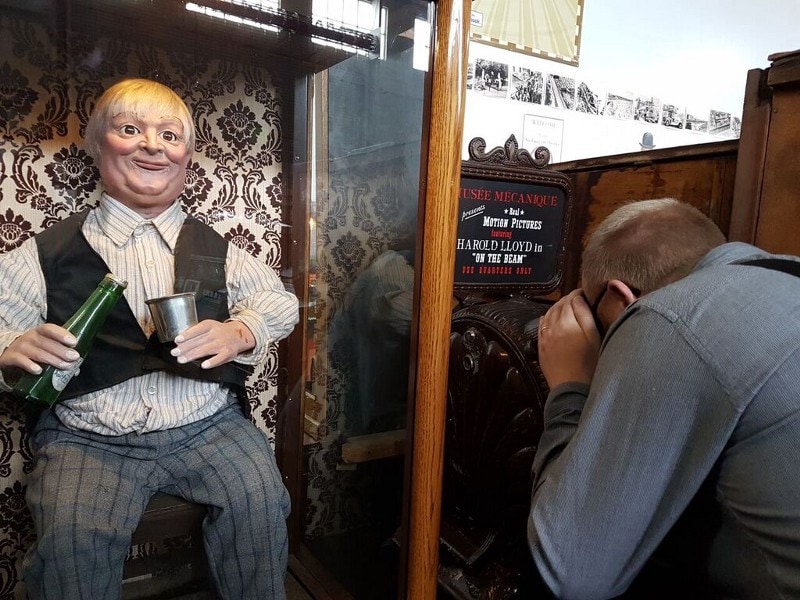 Walk a bit further and you are confronted with “The Flasher” which gives you lewd, raised-eyebrow looks before starting to lift his shirt… I moved on swiftly at that point, to have my fortune told by a gypsy in a machine straight from the movie Big and to giggle at the dubiously named “Bimbo Box”. 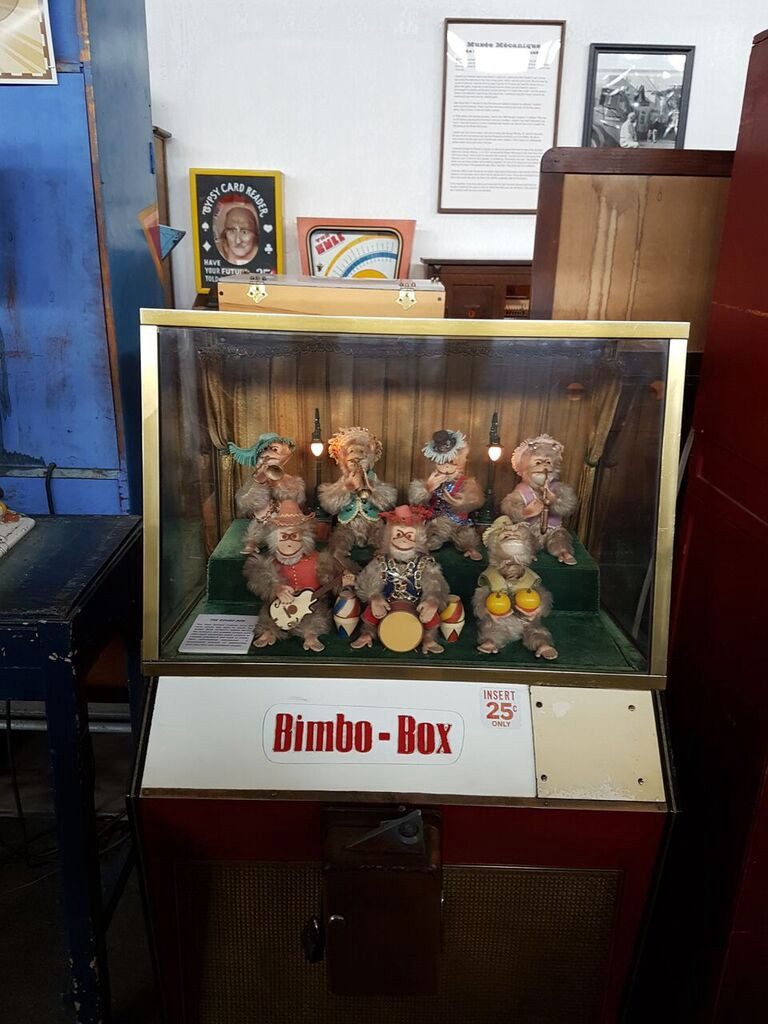 What really caught my eye though, was the number of relatively unassuming machines featuring stereoscopic photographs. These have been around since the 19th Century and were early attempts at taking and displaying images in 3D. (Fun fact: Queen guitarist Brian May is one of the world’s greatest collectors of this type of material, so much so that he bought and now runs the London Stereoscopic Company. )

I had been thinking about Virtual Reality a lot, since I was in San Francisco interviewing companies about the exciting present and future of the technology. So looking at all those Victorian VR machines — where you can view photos of the great fire which followed the 1906 earthquake, or even indulge in some naughty voyeurism watching models undress — it struck me that we’re forever trying to stretch the limits of what technology can do to bring human imagination to life. 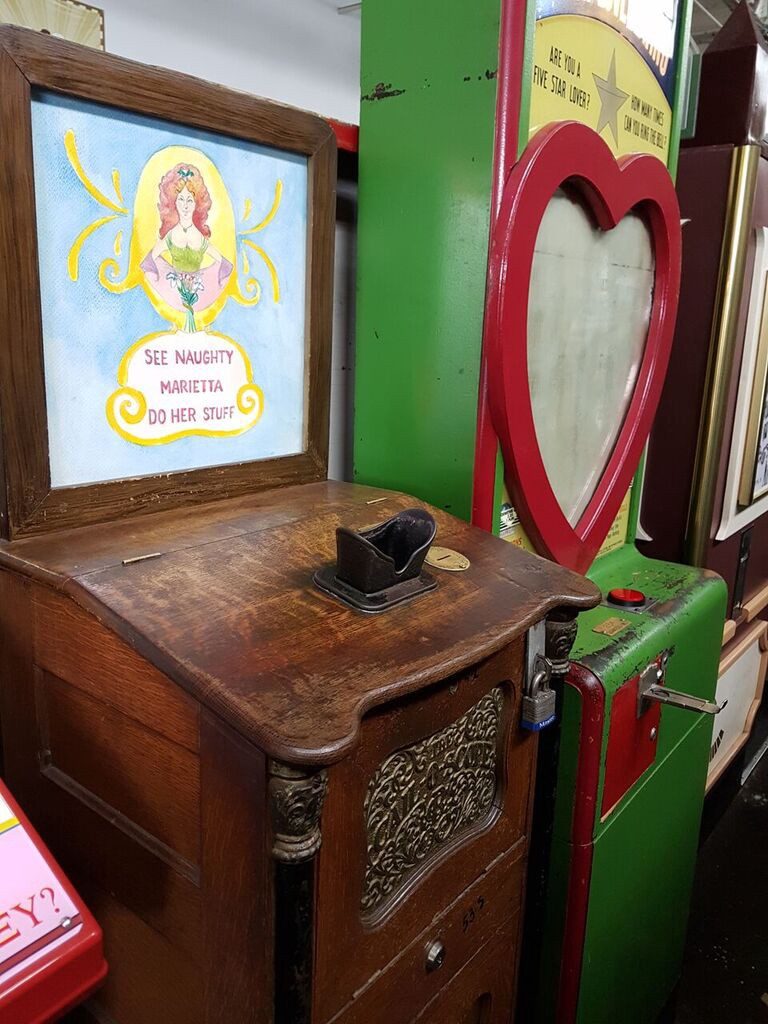 As Jeremy Bailenson, a Stanford Professor who has researched Virtual Reality for over a decade points out:

“Virtual reality is nothing new. It’s just a new label… throughout human history people have put media to work to enhance mind-wandering. All along, we’ve combined arts and science to produce these mind-wandering tools.”

As with most things, we can probably do a lot better going forward if we learn the lessons from the past, and technology is no different. The problem is that we tend to treat old technology as disposable; something that becomes instantly worthless the moment something better, faster and shinier comes along. There is often very little study of what made those earlier versions succeed or fail, and I believe that those looking to finally make Virtual Reality a pervasive technology would do well to consider this. In the past decades we’ve seen exciting developments in VR technology fizzle out because they turned out to be no more than gimmicks, and gimmicks wear out fast.

We tend to treat old technology as disposable; something that becomes instantly worthless the moment something better, faster and shinier comes along

Funnily enough, some of those fun fair machines were better at telling stories than much of the fancy stuff that followed, and the sheer amount of quarters we left behind at the museum is a testament to how effective those experiences still are. If the stories and the context are interesting enough, your brain makes up the difference, otherwise nobody would ever read a book. And as any Star Wars fan will tell you, the secret sauce is not a ton of special effects, it’s the story. That’s why most people (with any sense) vastly prefer the earlier films to the later ones *

Those funfair machines were better at telling stories than much of the fancy stuff that followed, and the sheer amount of quarters we left behind is a testament to how effective those experiences still are Click To Tweet 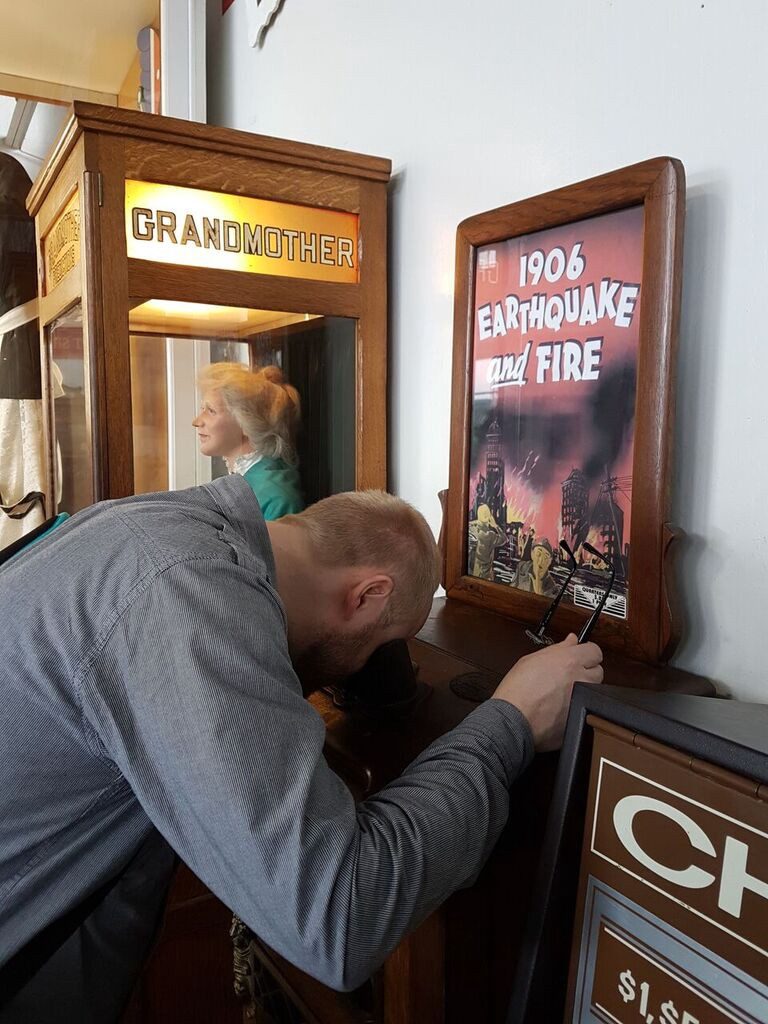 Looking at Virtual Reality technology, I have no doubt we’re in a position to do many amazing things. Whether your average person chooses to engage with those experiences, however, will entirely depend on the stories we tell with the medium, which is why it’s too early to make that call until we see what content actually gets made. The early signs are good though, with developers thinking beyond gaming to applications of VR in education, healthcare, and yes, even pornography. As we’ve seen with the growth curve of the Internet and Mobile, it is only when the entire spectrum of human experience is catered for and titillated by a technology that it really takes off. If it cracks this, VR could well be next.

*Arguably the latest installment in the Star Wars saga manages the coup of bringing together both elements, but I’ll leave that question open to discussion.