Professor Jeremy Bailenson from Stanford University’s Virtual Human Interaction Lab explains what Virtual Reality is, how it works, and what it can do

I’m still old enough to remember a time when typing a message on a touchscreen keyboard felt very cutting-edge indeed. But I also remember doing that for the first time in a crowded Apple store, with no real intention of buying the first-generation iPhone I was playing with. The experience felt interesting and exciting, but not necessarily useful, and certainly not necessary.

This, many experts argue, is the stage we’re currently at with Virtual Reality: It’s an exciting technology with interesting applications that people are happy to try out – but not yet willing to embrace fully.

Yet just as the tipping point eventually came around when even my grandparents bought their own smartphones – and used them every day – there is a building consensus that it’s only a matter of time before technologies such as Virtual and Augmented Reality will transform the way we interact with digital content in even more fundamental ways than the smartphone has done.

For those feeling befuddled by that whole idea, Experience on Demand is certainly a helpful read, and oftentimes an entertaining one as well. Its author – Professor Jeremy Bailenson – is the Director of Stanford University’s Virtual Human Interaction Lab, and one of the world’s greatest authorities on Virtual Reality, yet this doesn’t come across as an academic book. 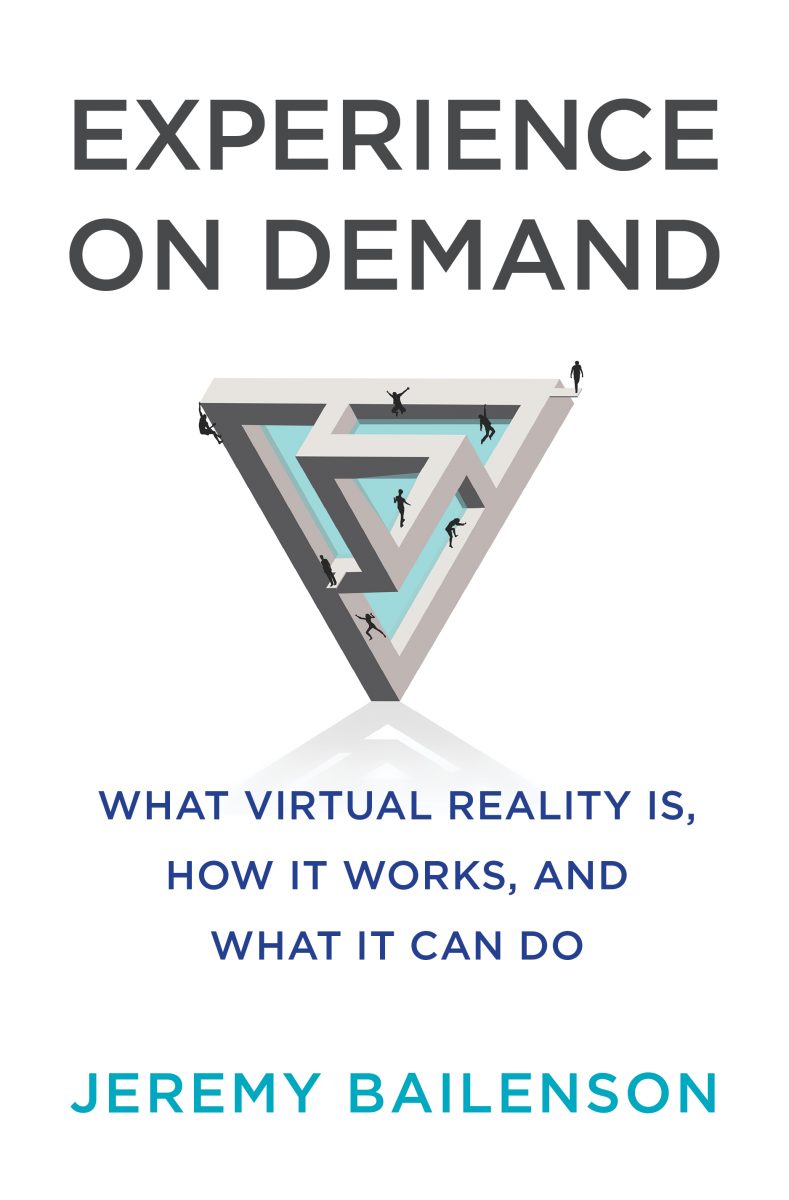 When writing about technology, it’s often difficult to strike a balance between ensuring that enough of the basics are covered without being patronizing to those already familiar with the subject. The book walks that fine line very well by focusing primarily on the human experience, so that whether or not you know what terms like latency, rendering, tracking or lag mean, you should come away with a better understanding of what Virtual Reality actually does.

As an expert in psychology and mass media, Bailenson has largely remained unalarmed about the extent to which traditional media affect us. Yet he writes that as absorbing as books or videogames or television are, they pale next to Virtual Reality: “VR engulfs us (…) it’s the apotheosis of every media fear and fantasy we’ve ever had,” he writes.

His book does a good job of pulling back the focus to place VR within a broader social context, explaining how it relates to other technologies – both traditional and emerging – and our existing relationship with the digital world.

Although he cites scientific research throughout, the book is mainly pegged around personal anecdotes and use cases that illustrate what it does to real people, and why it matters to everyone, not just the techy crowd. The picture that emerges is of an astoundingly broad range of applications for Virtual Reality, none of which involve either gaming or pornography.

VR engulfs us. It’s the apotheosis of every media fear and fantasy we’ve ever had Click To Tweet

Those anecdotes tell the story of how NFL teams have significantly improved the performance of their players by training them in Virtual Reality simulations, and how VR is being used to treat conditions such as chronic phobias and Alzheimer’s. It has helped 9/11 victims overcome posttraumatic stress disorder, and burns patients manage their pain with fewer opioids.

There are examples of how VR can be a powerful learning tool, as Bailenson argues that almost any skill can be improved by virtual instruction (groups learning tai chi moves in virtual reality remembered their moves better and performed them back with 25% greater accuracy than those who had been taught by watching a video, for instance).

We also learn how VR’s unique ability to create empathy by literally “placing you in someone else’s shoes” has been successfully applied to a variety of scenarios, from helping people relate on a personal level to issues such as climate change, to tackling bias and prejudice in diversity training.

Several – often rather bizarre – experiments in the book describe how experiencing a simulated virtual scenario first-hand can result in instant and lasting changes in behaviour. In one, they explored if walking around as a virtual cow might change participants’ attitude towards consuming red meat, while in another, people visualized their energy consumption during a shower in terms of literally eating lumps of coal, and subsequently went on to use hot water more sparingly. And although more research is needed to verify such results at scale, it is difficult to remain unimpressed by these early indications of VR’s power to create empathetic responses in people – not only in relation to other human beings, but also towards animals and the environment.

One of the surprising arguments that Bailenson puts forward seems to be that by living more of our lives in virtual worlds we can help save the real one. Business travel, for example, could be vastly reduced if we are able to replicate in VR the same levels of interaction and feeling of presence that one gets from face-to-face meetings.

The more time you spend in virtual experiences, the more you come to appreciate the vibrancy of real life Click To Tweet 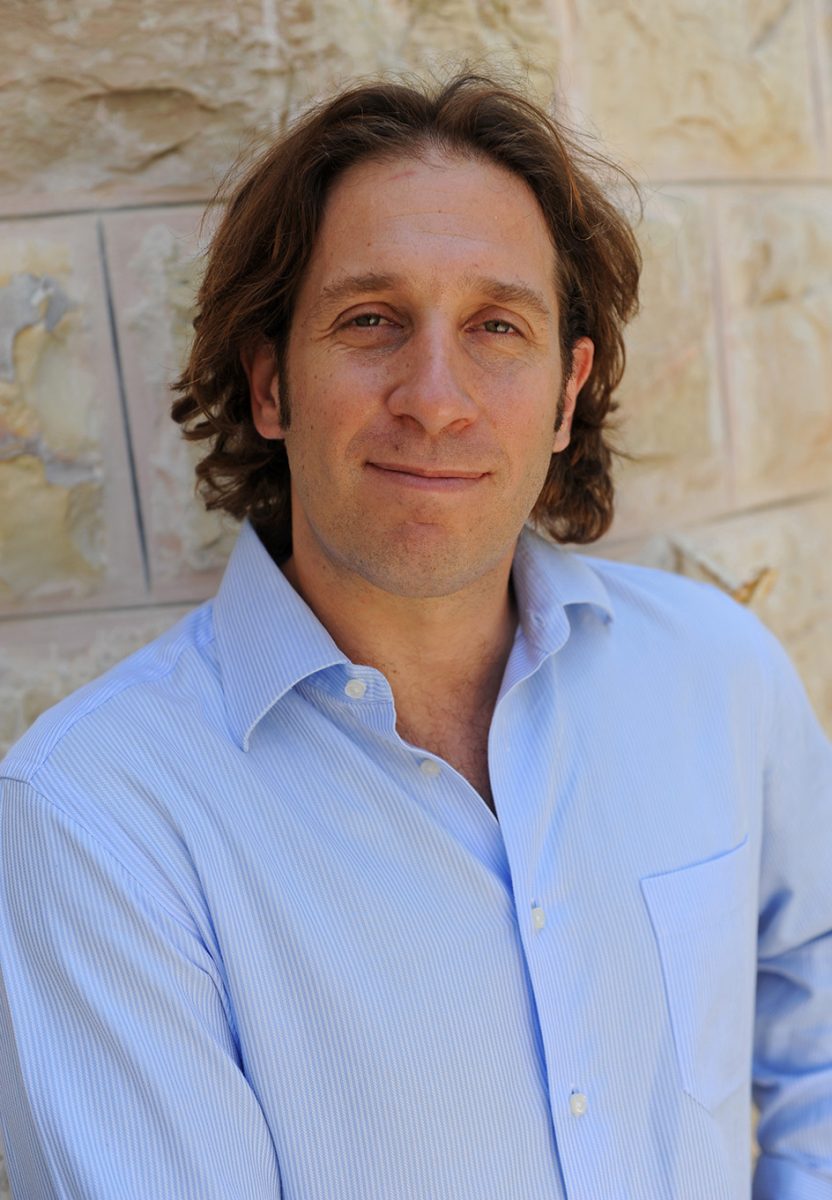 “Conspicuous or wasteful consumption in the real world comes with real costs, be it in fossil fuel consumption, the mountains of plastic junk that are piling up in our homes and landfills, or the floating islands of garbage that are growing in our oceans…. When considered this way, deep engagement in social virtual worlds seems less scary than the dystopian scenarios would have us believe, and may have significant social benefits,” he says.

This desire to protect the environment reflects a passionate appreciation of the real world which might seem out of place for someone who has spent the last two decades studying computer-generated environments. Paradoxically, he argues, the more time you spend in virtual experiences, the more you come to appreciate the vibrancy of real life.

Although Bailenson is clearly an enthusiast and advocate for the broader benefits of Virtual Reality, he also addresses its potential dark side, sounding a warning note against the danger of using what he describes as “the most psychologically powerful medium in history” without proper care or consideration.

Virtual Reality represents the culmination of the way technology is enveloping our lives, and its psychological effects can be profound and long lasting, he cautions. It is therefore important that we learn to use this new medium responsibly, and the best way to do this is to understand exactly what we’re dealing with. As Bailenson is fond of telling journalists, Uranium can equally be used to heat homes or make nuclear bombs. Technologies like VR are neither good nor evil, but how people will choose to apply it remains an open question.