An Oregon start-up has launched a new 3D collaboration platform for the HoloLens – and it’s free.

Object Theory calls itself “the world’s first HoloLens company,” and although all such claims have to be taken with a pinch of salt, they’re probably not far off. Back in 2015, just weeks after the HoloLens was first unveiled to the world, Michael Hoffman left Microsoft – where he was responsible for creating many of the HoloLens showcase experiences such as the Trimble demo – to start the company with co-founder Raven Zachary, who had previously founded iPhoneDevCamp, the largest non-Apple iOS development conference.

They became one of the first teams to join Microsoft’s Mixed Reality Partner Program. Ever since, the Portland-based startup has been working from their Oregon base with a range of enterprise customers in industries such as Architecture, Engineering, Construction, Automotive and Energy & Utilities. 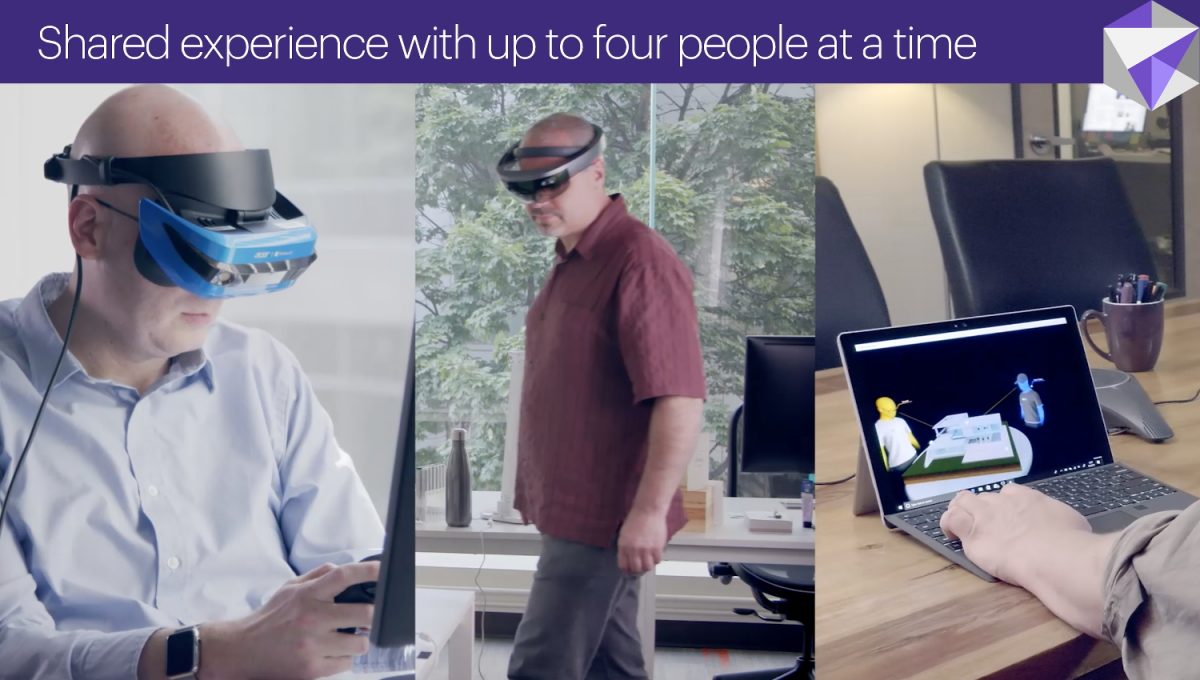 Now Object Theory has just released a new collaborative computing application for the HoloLens called Prism, which takes many of the functionalities they’ve been developing for those clients over the past couple of years, and offers them to users in a free Windows Store application.

“We’ve been working on our Mixed Reality Collaboration Service for two years, and after deploying it successfully for several client projects, we felt it was the right time to release a free application on the Windows Store that demonstrates to HoloLens users the power of collaborative computing,” says Hoffman

Prism currently includes two demo experiences users can try out: Designing a modern house and planning a mountain hike on Mount Hood, Oregon’s highest peak. These are very cool, but this is about more than individual demos, it’s hinting at a much broader trend that companies like Object Theory are hoping to capitalize on. At its core, its founders say that Prism represents the vision of collaborative computing that HoloLens creator Alex Kipman has long advocated. 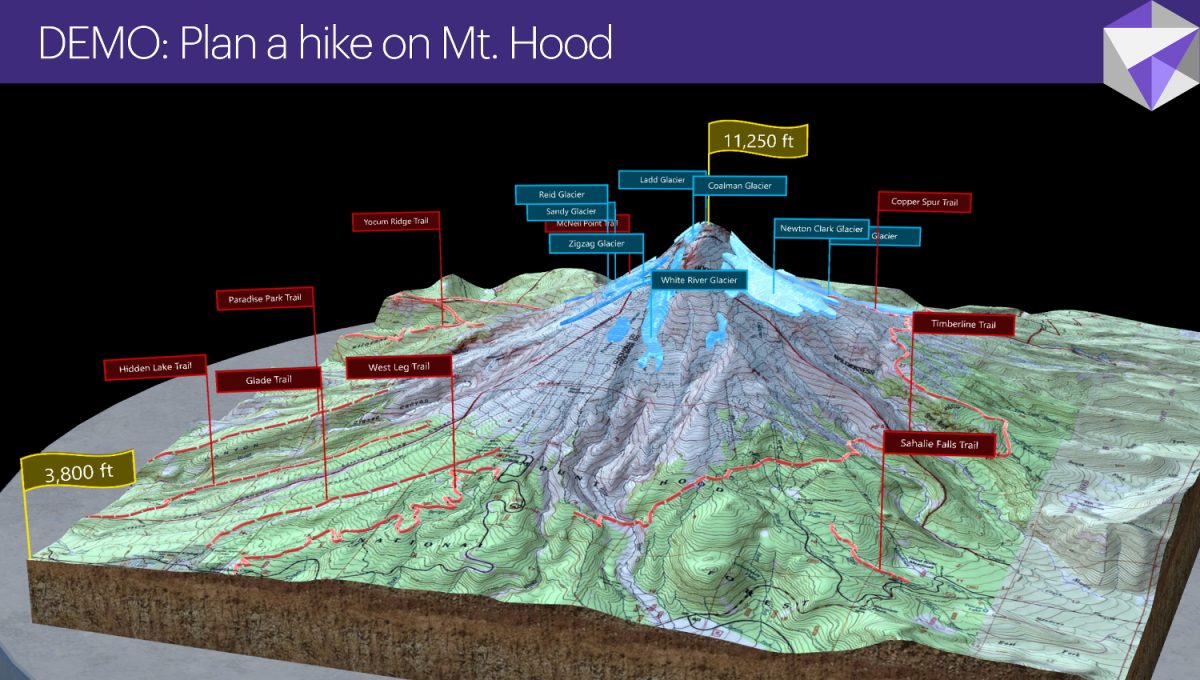 Prism features avatar-based holographic telepresence that allows participants to examine and discuss truly three-dimensional objects and environments through shared experiences. The application allows up to four participants per session to collaborate in real time from remote locations, enabled by life-size 3D avatars and spatial audio chat. In other words, it lets users interact realistically with people, objects and environments, both real and digital. That includes being able to display 3D models at tabletop and true-scale sizes, as well as making annotations in 3D space.

The combination of all those features really does take the proposition far beyond your usual videoconferencing offering. You’re not talking about sharing a screen, but about being able to walk around three-dimensional objects and examine in detail while your colleagues do the same, and you know you’re all looking at the same thing.

An architectural design team, for example, can switch between looking at a holographic model of a building sitting atop a desk to actually standing inside one of the rooms, and compare their experiences in real-time with one another, regardless of where individual team members happen to be in the world. A medical team could do the same when deciding the Operating Theatre layout before a complex surgery, and even have a practice run with a holographic patient. The possibilities are endlessly exciting, and if well-executed, the concept has potential to be a massive game changer for all industries. Which is why the HoloLens has had such enthusiastic take-up in building corporate partnerships.

If well-executed, the concept has potential to be a massive game changer for all industries Click To Tweet 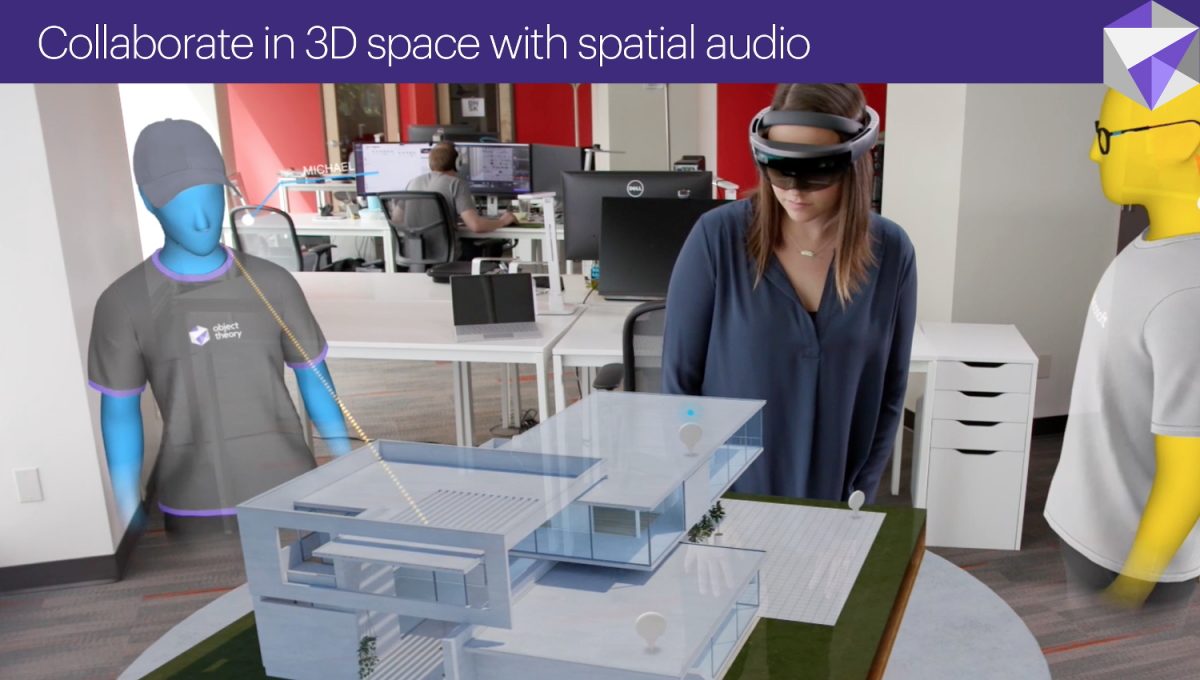 The technology is currently being used in custom application development projects by enterprise customers, and Object Theory offers several license options for its Mixed Reality Collaboration Service that include building custom applications. The company also offers a commercial version of Prism that allows organizations to import their own 3D models and collaborate in private sessions.

“We believe that Mixed Reality will empower the next generation of collaborative computing beyond what today’s video conferencing and screen sharing solutions are able to provide,” says Zachary. “Our public release of this application is just the beginning of showcasing next-generation collaboration scenarios, something we expect to be a major focus for Microsoft HoloLens and Windows Mixed Reality applications in the years to come.”

If you would like to find out how to leverage collaborative VR/AR/MR in your own project or enterprise, Tech Trends offers Virtual Reality Consultancy support