These coding school graduates are showing off some cool immersive tech applications.

Fullstack Academy is one of the nations top coding schools which so far has helped over 1,000 people enter the field of software development. And many of those technology jobs these days involve working with Virtual, Augmented, and Mixed Reality applications; something Fullstack is supporting through its Y Combinator-backed immersive software engineering program.

“Many of today’s top developers coming out of our program are changing the way AR/VR is looked at by big companies – from “pie-in-the-sky” sci-fi stuff to real apps using machine learning, facial recognition and more,” says Fullstack Co-founder David Yang.

Fullstack Academy is one of the nations top coding schools which so far has helped over 1,000 people enter the field of software development Click To Tweet

Indeed, it’s a reflection on the boom (and continued expected growth) in the Immersive Technology market that many of the students completing the academy’s programmes chose to work on AR or VR projects as part of their final. We collected some of the best ones here to give you a flavour of what the next generation of devs has in store for this exciting space.

augMenu is an app that lets you preview menu items in a restaurant before purchasing. Click To Tweet

augMenu is an app that lets you preview menu items in a restaurant before purchasing. It can also let users browse items not written in English…even non Latin alphabets!

“This was our first experience working in AR, so the challenges were extensive and we learned a lot,” said Dhara Naik. “Camera components only work with React Native, but we eventually overcame this by using screen capture functionality in Viro.” 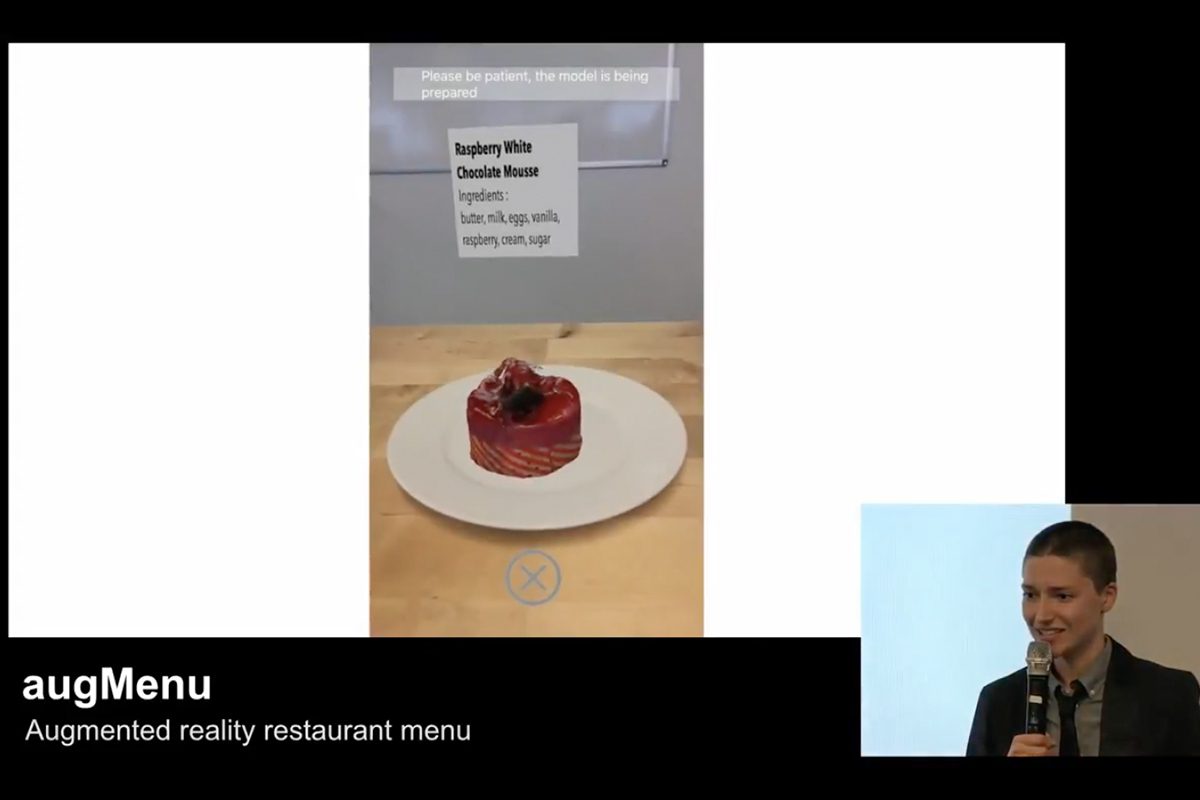 Blacklight is an AR application for associating memories to a location Click To Tweet Blacklight is an AR mobile application for associating memories to a location. Our experiences are ephemeral. We see a concert, share a moment with a stranger on the subway, fight with our code–and then that moment passes. Social networks – especially Facebook and Instagram – have tried to tackle this issue by cataloguing our experiences and letting everyone else access them. But that access is confined to those apps and it’s not interactive. You have to be on Instagram to see which desserts are popular at this restaurant, and what you see there isn’t affected in any way by your current environment.

“The Backlight team believes catalogued memories can be more integrated into your immediate experience,” said Minami Kato. “When I was here studying at Fullstack, the solar eclipse happened and a stranger let me borrow glasses to watch. I left the memory there, which was made possible by React Native Maps, a framework provided by AirBnB. 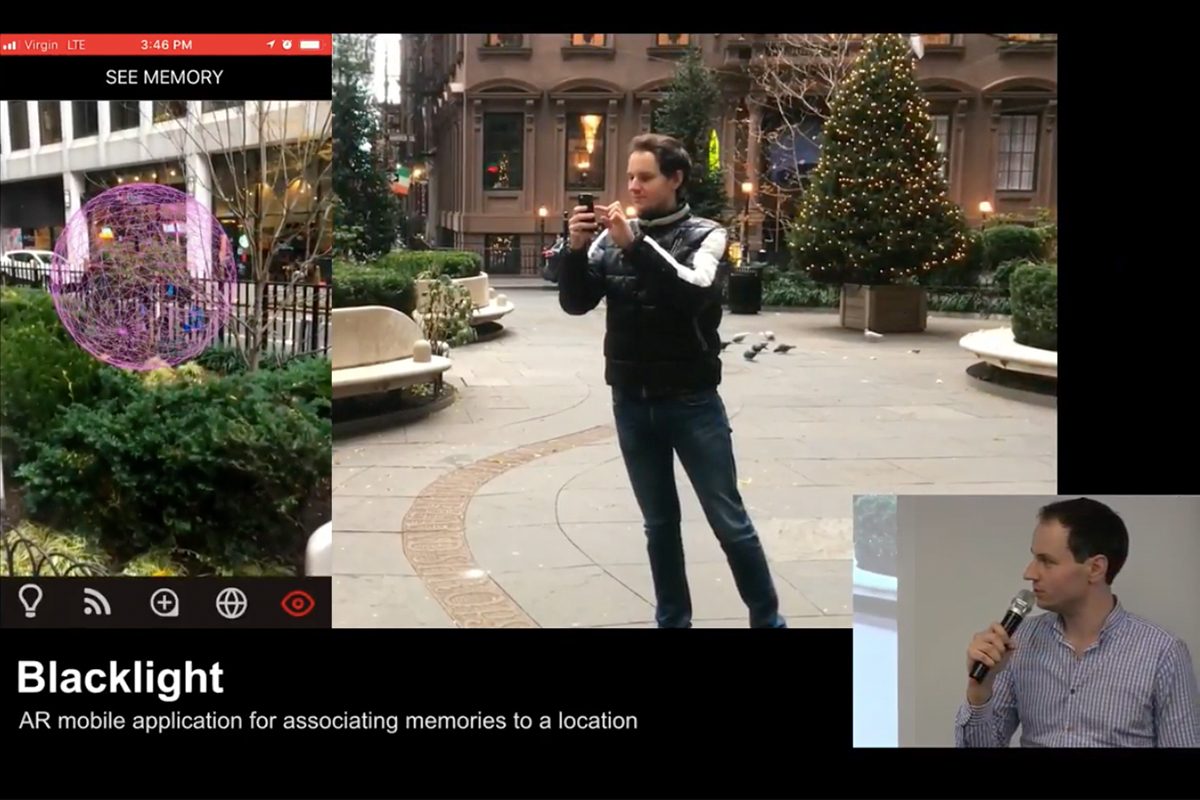 ScavengAR is an augmented reality scavenger hunt that give users the unique experience of traveling through a city and following clues and hints to find locations. Whatever subject you fancy–history, architecture, true crime, literature, music–stories are embedded in the world around you, and AR can help expose them.

“For players we needed to be able to track their location as well as the location of the next clue,” said Tom Sziler. “To locate our users React Native gave back latitude and longitude coordinates, but in order to make those in feet for users, we used a library called geolib.” 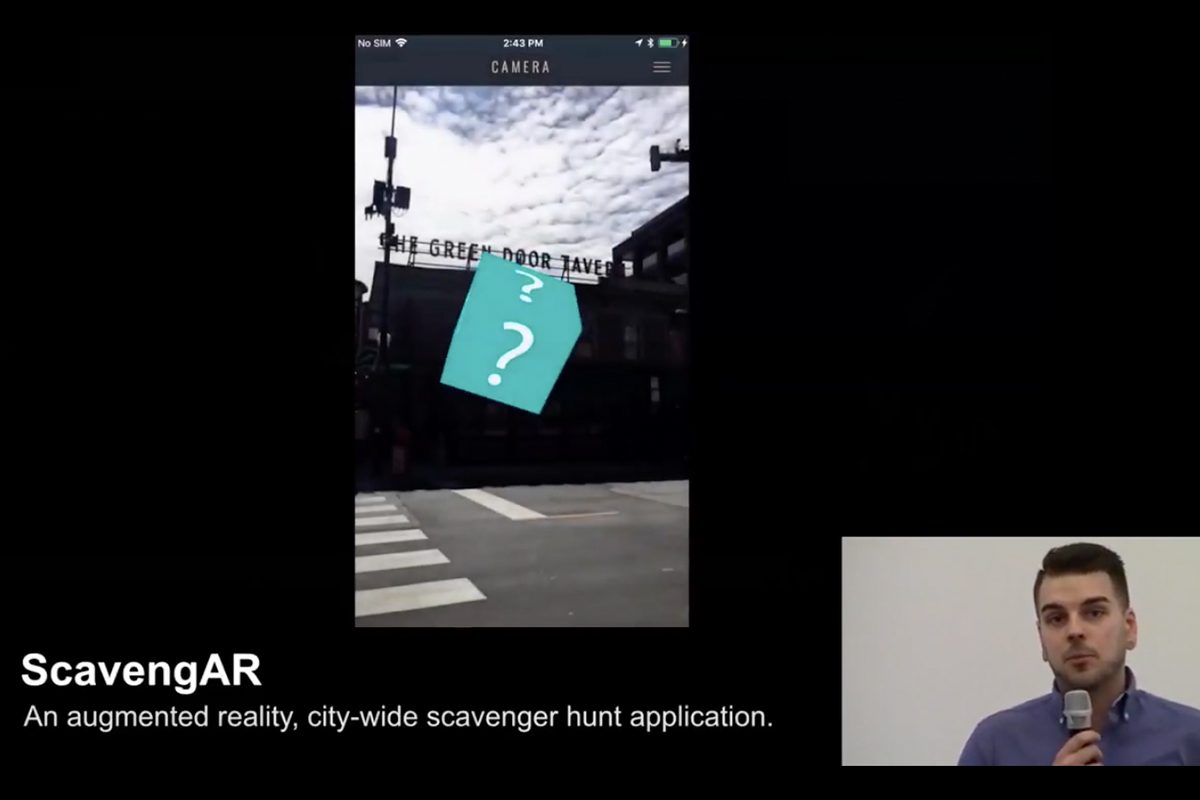 If you aren’t good at visualizing or if you’re not an abstract thinker, data-heavy fields can prove really frustrating. VR can help you see right in front of your eyes the information you’re having trouble conceptualizing (for example by offering an immersive visualization of real-time cryptocurrency transactions) and organizing it in your brain.

For technologies like AR/VR to become mainstream, ordinary people have to realize how accessible they are and how we can use them for good Click To Tweet

“In order for “sci-fi” technologies like AR/VR, machine learning, and facial recognition to move more into the mainstream, ordinary people have to realize how accessible they are and how we can use them for good–to improve our day-to-day lives, help us feel good, and teach us about our world,” reflects Yang. “Fullstack Academy and Grace Hopper students are precipitating that shift in our understanding by consistently pushing the envelope and finding novel ways to incorporate these underutilized technologies. At Fullstack, students are encouraged to be curious, try new things, and solve the problems you see around you, even if that means letting the robots help.”