Technology can help drive innovation, but the businesses model of the future needs to be built around diversity.

It’s all too easy to get discouraged when, year after year, reports come out showing that the gender pay gap lingers around like a bad smell (average of 18% difference as of 2016 according to the IFS)

Then you turn to our most innovative industries, such as tech: There you find that 96% of VCs are men, that they only invest 8% of their money on companies Co-founded by women, and discouragement starts turning to despair.

96% of VCs are men, and that they only invest 8% of their money on companies Co-founded by women Click To Tweet

But then someone like Cindy Gallop comes along, painting a picture of the future that’s as hopeful as it is kick-ass, and you walk away knowing that things will change – mainly because the status quo is just bad business, and it’s eating away not only at our happiness, but at our profits. And as she told a rapt audience at FutureFest last weekend – repurposing an infamous anti-gun control quote – “The only thing that can really stop someone with a bad business is someone with a better business.”

If you want to design the business of the future, it absolutely has to be gender equal, simply because that is what drives innovation, explains Cindy. Disruption and innovation come as a result of a creative collision between different mindsets, perspectives, backgrounds and insights.

“Women are crucial to the future of work and business because there is a huge amount of money to be made out of taking women seriously. They’re a key part of redesigning the business of the future because you cannot drive new-world-order business from an old-world-order place.”

That new world order requires diversity across race, ethnicity, sexuality, disability and age, but gender cuts across all those things according to Cindy. Women are very good at challenging the status quo because they are never it.

And there are many white guys out there who couldn’t agree more. Journalist and trend forecaster James Wallman recently worked with Yell Business on a report looking at the future of gender equality, and says that although women have been shockingly underrepresented in business in government and in the media, we’re definitely headed towards a more female future,and that’s a very good thing for everybody.

“Smart companies like Apple, Etsy, Slack are bringing women into the design and creation process and that’s creating better products, better services, for men, women, for all of us.”

He acknowledges that there are still significant numbers of men who see feminism as an antagonistic movement, perceiving it as a win-lose game between men and women.

“That’s nonsense,” says Wallman. “If women do better, men will benefit, and I think we’re going to see a movement emerging – which I call Masculism – that shows those men how equality is good for all of us.”

There are some interesting ways in which technology can help us get to that diverse and equal future too, and one of the most exciting ones is around Virtual Reality. In virtual worlds we’re able to play with different identities and even bypass the issue of gender altogether. Wallman points to the fact that we’ll see a greater variety of gender categories emerging, with people feeling comfortable defining themselves as Pangender, Agender or Polygender, for example.

As we conduct more of our personal and professional interactions in virtual worlds mediated by Avatars which we’re free to shape as we please, the possibilities for bypassing unconscious gender bias are tantalizing, says Wired’s Rowland Manthorpe:

“As we live more in virtual worlds — whether in AR or VR — it will be possible to deflect and undermine strict gender divisions. You might be a woman in the flesh but a man through the AR lens. In the future, our workplaces will be far less affected by our inbuilt biases, the people we hire and work with will be more diverse, and the results will be better because of it.”

Jim Reichert, a Senior Creative Technologist at Microsoft working on HoloLens Augmented Reality projects, is another white guy who passionately champions diversity. He tells me that this sort of gender transcendence is already prevalent evident in Second Life, the original virtual world created by Linden Lab over 13 years ago, and that this is also reflected in the fact that over 60% of creators in that environment are women, significantly higher than in other areas of tech.

“I’ve met so many amazing people in the Metaverse– really brilliant people– and I have no idea what their sex, ethnicity, or country-of-origin is. It’s pretty cool,” he says.

Linden Lab is now is now developing a VR version of this social open-world called Sansar, and when I recently demoed their closed Beta I had some clue that enabling this sort of flexibility is a key part of their design. I met Linden’s CEO Ebbe Altberg in the virtual world, and after a short while it didn’t’ really seem strange at all that his deep male voice was emanating from the lips of a female avatar, dressed in a bright green Godzilla suit. “I don’t even notice it any more,” he told me.

A more diverse workplace will be a much happier one, and that makes good business sense Click To Tweet

There’s a lot at stake here. A more diverse workplace will be a much happier one, and that makes good business sense, since happier people are much more productive, and A LOT more creative.

“As we move from materialism to experientialism, we’re going to look for happiness and identity in experiences rather than just stuff, and what’s going to matter is quality of life,” predicts Wallman.

And that sounds like something that would well and truly “make the world a better place” – a rare occasion when we can deliver the Silicon Valley punch line with a straight face. 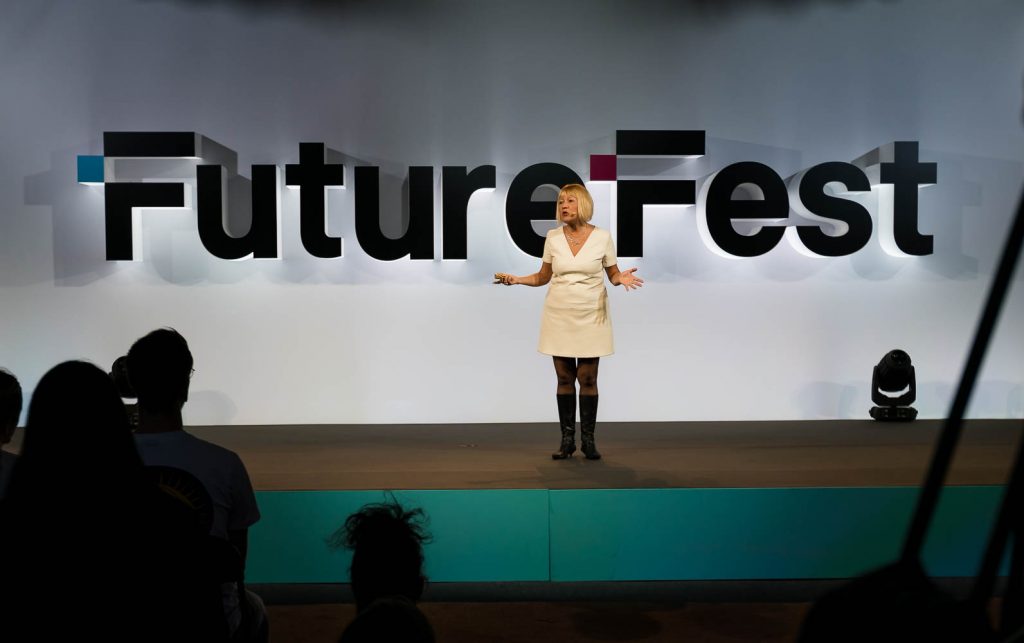