You can now get sexy thrills as you track the progress of your cryptocurrency investment. What a world we live in…

Bitcoin is having a hell of a ride (yes, this post is going to be full of innuendos, get over it) and now adult entertainment webcam platform CamSoda is taking that to a whole new level with the launch of BitCast.

This new feature brings an entirely different sort of titillation to investors by pairing an interactive sex toy with the performance of major cryptocurrencies like Bitcoin, Ethereum and Litecoin, increasing and decreasing the frequency of vibration accordingly: If the value of the currency goes up, the vibrating increases; and if the value goes down, the vibrating decreases. In other words, as the value of your investment fluctuates all over the place, so will your… well, you get the gist.

BitCast brings an entirely different sort of titillation to investors by pairing an interactive sex toy with the performance of major cryptocurrencies like Bitcoin, Ethereum and Litecoin Click To Tweet 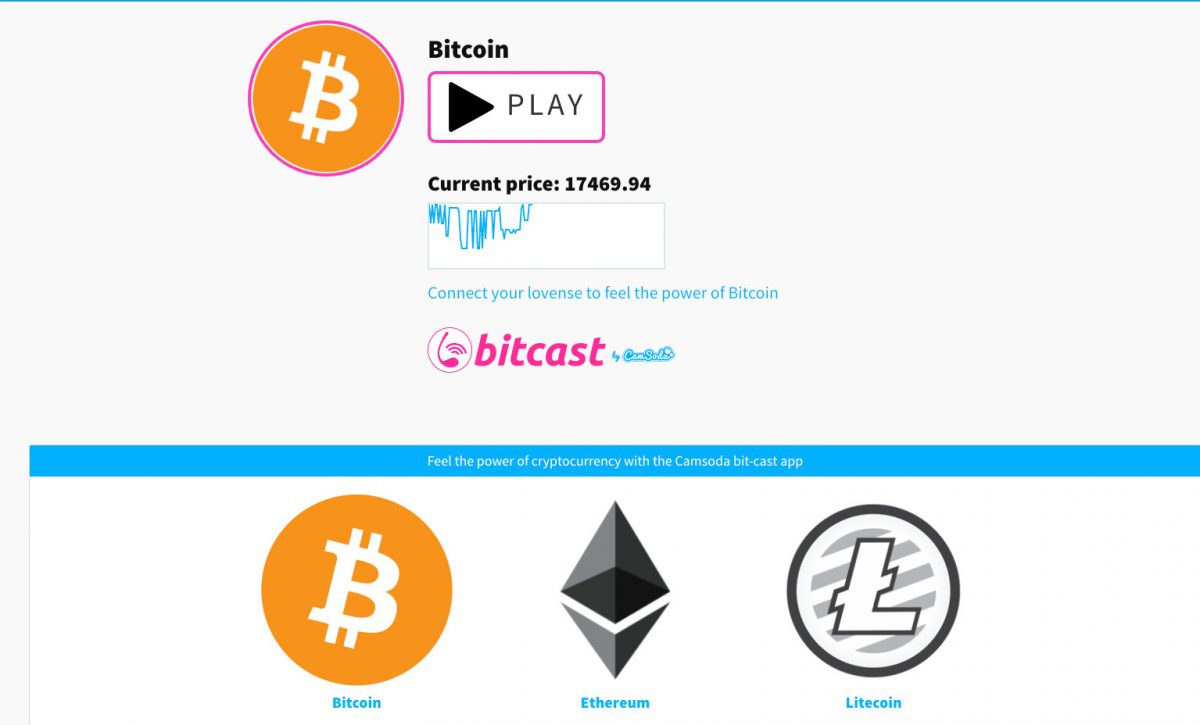 Since the beginning of the year the aggregate market cap of all cryptocurrencies has increased by more than 3,000% Click To Tweet

2017 has seen the value of cryptocurrency – most notably BitCoin – soaring beyond most people’s wildest expectations. Since the beginning of the year the aggregate market cap of all cryptocurrencies combined has increased by more than 3,000%.

And even though many experts argue this is the biggest bubble of our lifetime – and that’s saying a lot considering all the bubbles we’ve seen – every day more people are lured into getting in on that action.

“What has so many people captivated, aside from the fact that virtual currencies are largely unregulated and fraught with risk, is the daily volatility – the stratospheric price rises followed by meteoric price drops. With people constantly tracking their cryptocurrency investments, we saw an opportunity to offer them simultaneous sexual pleasure derived exclusively from price fluctuations,” says Daryn Parker, VP, CamSoda. “Now, with Bitcast, our fans can hook up their favorite interactive toy and literally get pleasure from their investments. So, essentially, as the price goes up, so too do your orgasms.”

Since being founded in 2014 CamSoda made a name for itself in pushing innovative and often tongue-in-cheek tech. It was the first adult entertainment webcam platform leveraging “Mobile-First” and has had many forays into Virtual reality including the CamSoda House, an interactive VR experience that allows users to broadcast live adult entertainment directly to their headsets.