As we get busy opening presents, it’s time to reflect on the past year, and it’s been an amazing one!

2017 was definitely an interesting year for tech, so before we turn our minds towards what 2018 might have in store for us, it’s worth taking a little time to look back at the highlights of the past twelve months. 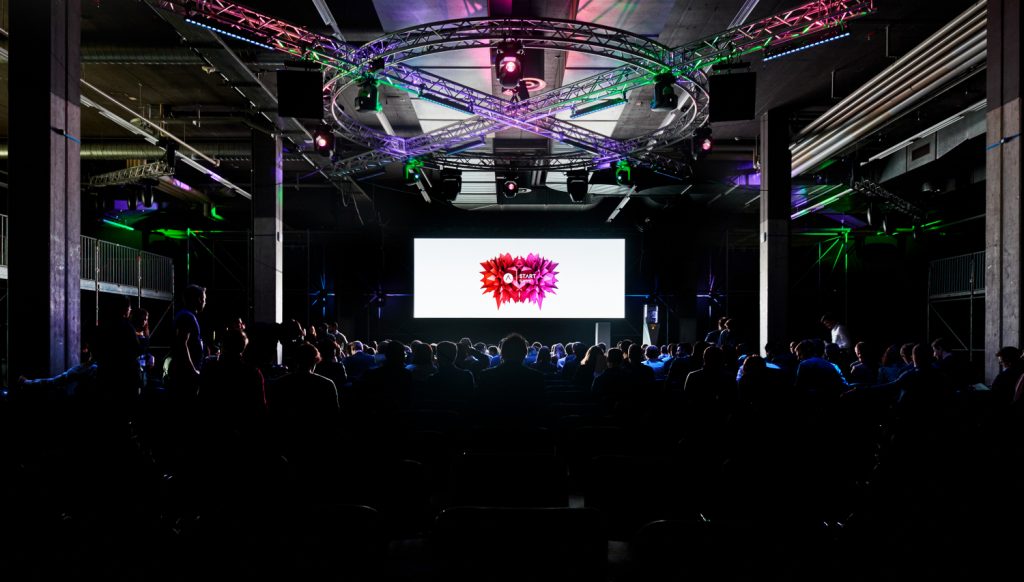 Tech Trends continued to gain more views and recognition as we build up our audience with what we hope is some decent content that manages to inform without taking itself too seriously.

Earlier this year we were named one of the Top 50 virtual reality blogs and have just been nominated for the UK Blog Awards for the second year in a row, which is nice! 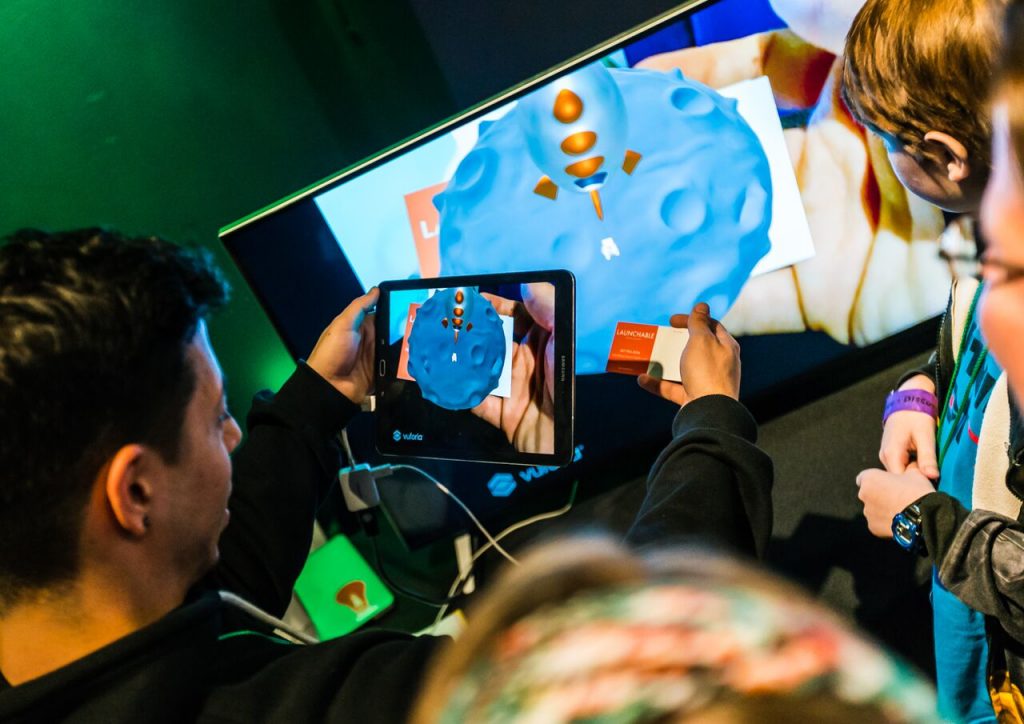 January brought with it the inevitable start of the Trump presidency, and the crushing realisation of the power of social media. Later we would find out more about how Russian tampered with the democratic process in both the US and UK, by using platforms like Facebook, but nowhere was this impact more evident than on Donald Trump’s preferred soapbox – Twitter, which faced the strange paradox of having its financial future constantly in question while being the medium through which he would wipe out billions of dollars from corporate valuations. Following a piece I wrote about how Twitter should be regarded as a public service, I was interviewed on Canadian Radio about its future which – at the time of writing – looks no clearer than it did back then.

On a happier note, the Tech Trends team had a chance to review a lot of awesome gadgets, software and other products and to travel all over the world this year, starting with our amazing tour of the Orlando Tech Scene where we visited the awesome lab and studio facilities at Full Sail University.

Universities like Full Sail are increasingly getting behind the immersive tech revolution, and that’s not only happening in America, as was evident during our recent visit to Birmingham University or in the way that institutions like the University of St Andrews’ used VR to allow people to travel back in time – although maybe not quite in a Doctor Who sort of way. In fact, the power of VR to preserve and bring memories back to life for future generations was the focus of a project we covered with Royal British Legion for Remembrance Day. 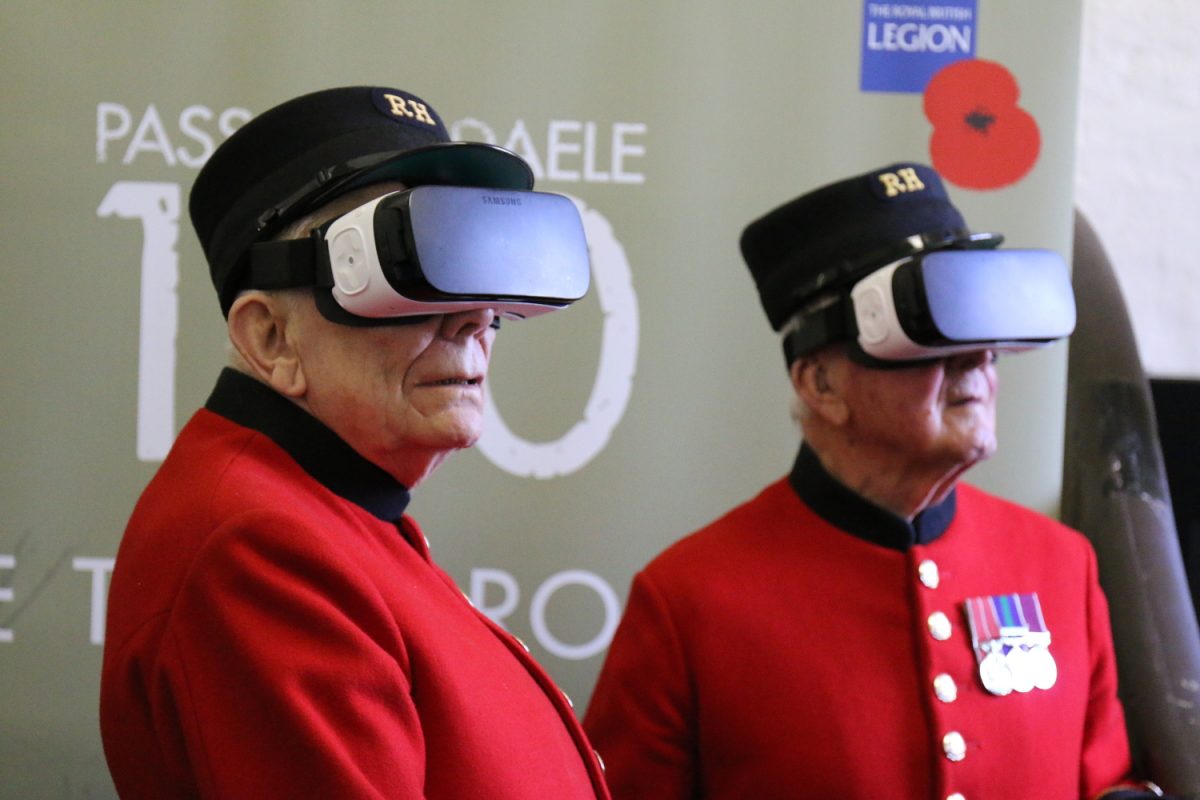 Later in 2017 we visited the beautiful Basque Country, got to check out the famous Silicon Slopes of Utah at the Pluralsight Live conference in Salt Lake City and went to Holland to learn how the Dutch are (quite literally) driving innovation in smart mobility tech. 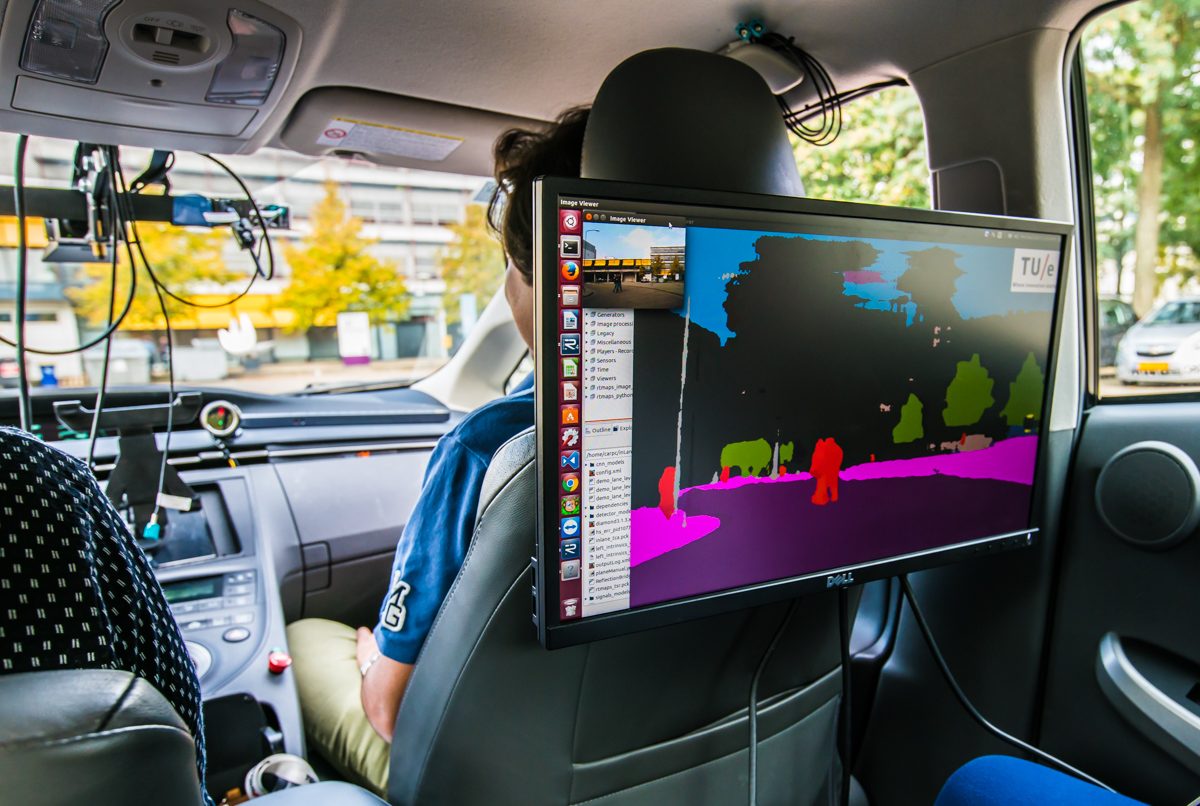 We also met some of the brightest and most entrepreneurial young minds in the world at the Imagine Cup in Seattle, and spent an incredibly hot few days at the Teradata Partners conference in Los Angeles where we saw how Big Data can also be Beautiful with an exhibition dedicated to data visualization. 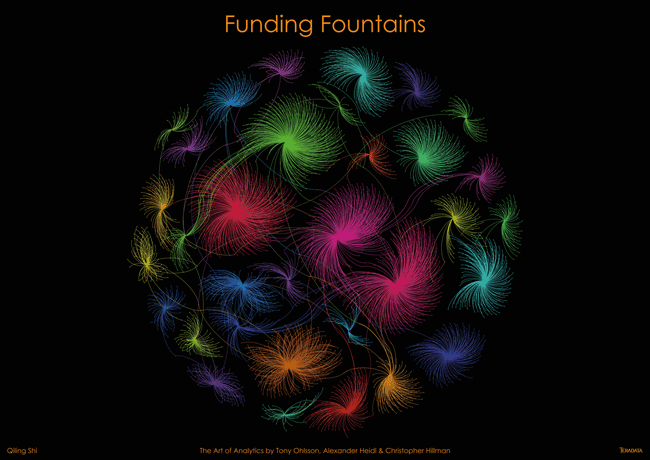 From seeing the latest Mixed Reality Tech unveiled at Microsoft Build and checking out the latest EdTech at the Global Education and Skills Forum in Dubai, to hosting a discussion on how Mixed Reality has the potential to transform the way we learn at the START Summit in Switzerland, we certainly had our share of awesome conferences in 2017. 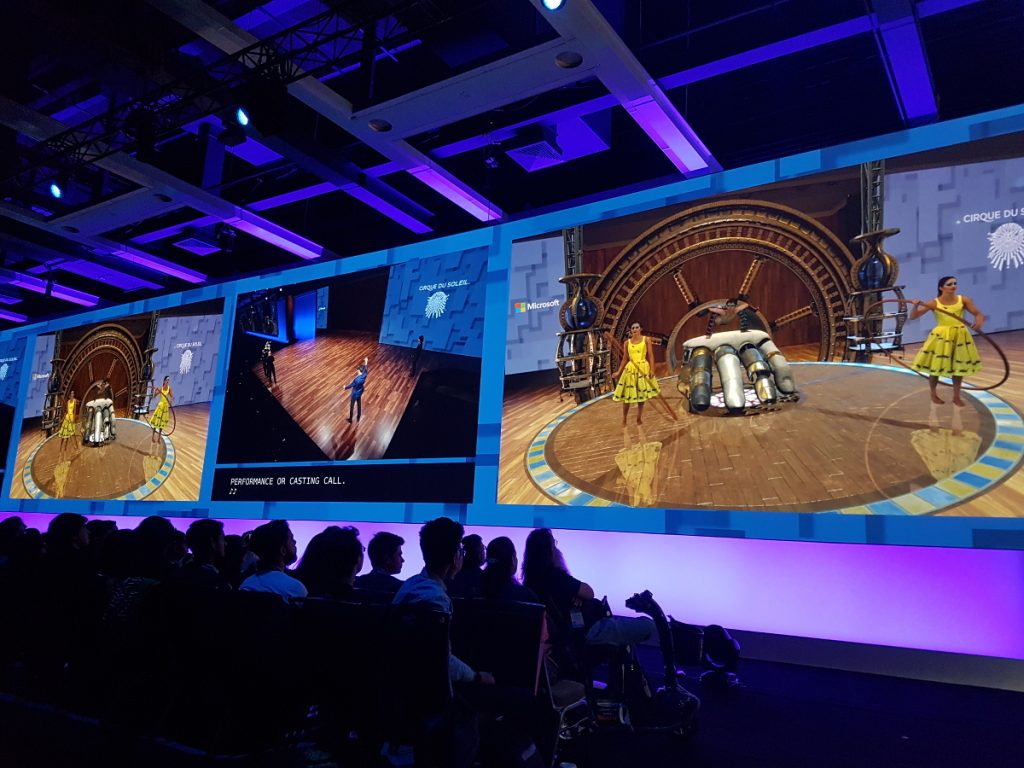 We were guests of HP at the Cannes Film Festival and found time to check out the Raindance VR Arcade for the second year in a row, and saw how it is now possible to 3D Print Designer furniture at a pop-up shop in Manhattan. Later in the year we also went back to take another bite of the Big Apple during NYVR Expo 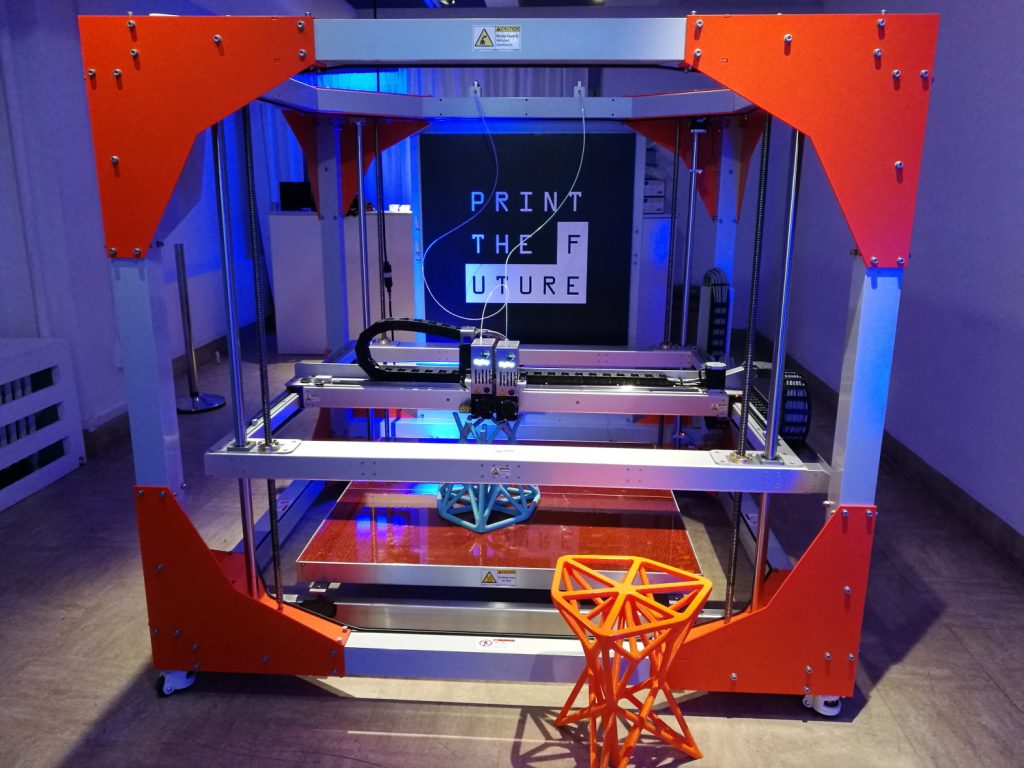 Not all our travels took us that far, but that doesn’t mean they were any less interesting. It was amazing to go to Bestival and Reading festivals to have our infinity 360 degree selfies taken at the Samsung Hypercube, or find out how crowdfunding is helping to power the economy in Cornwall, and even see how home-grown cosmetics company Lush was embracing the digital revolution. 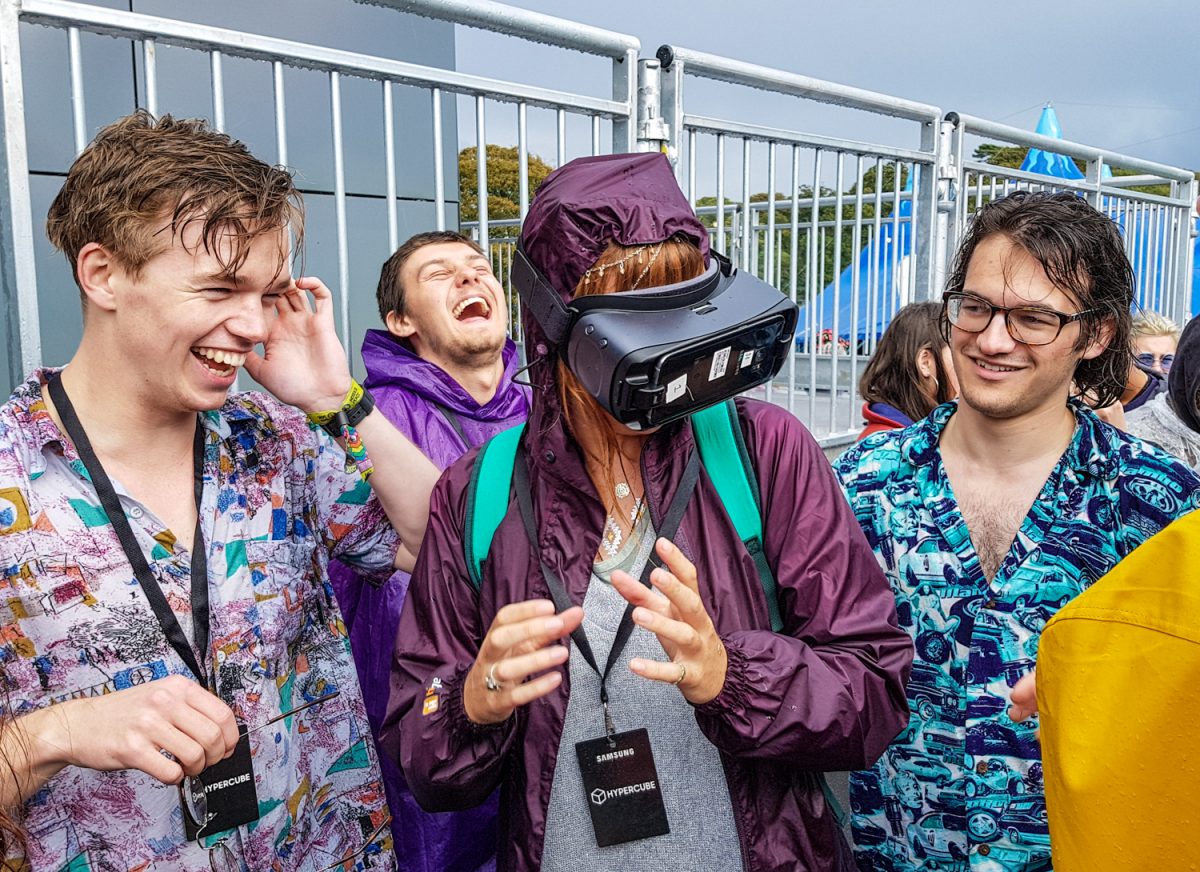 That last one still counts as one of the craziest events I’ve been to anywhere; It’s not every day, after all, that you can see Labour Leader Jeremy Corbyn making a bath bomb and Brian May from Queen hurtling down a slide on the same day… 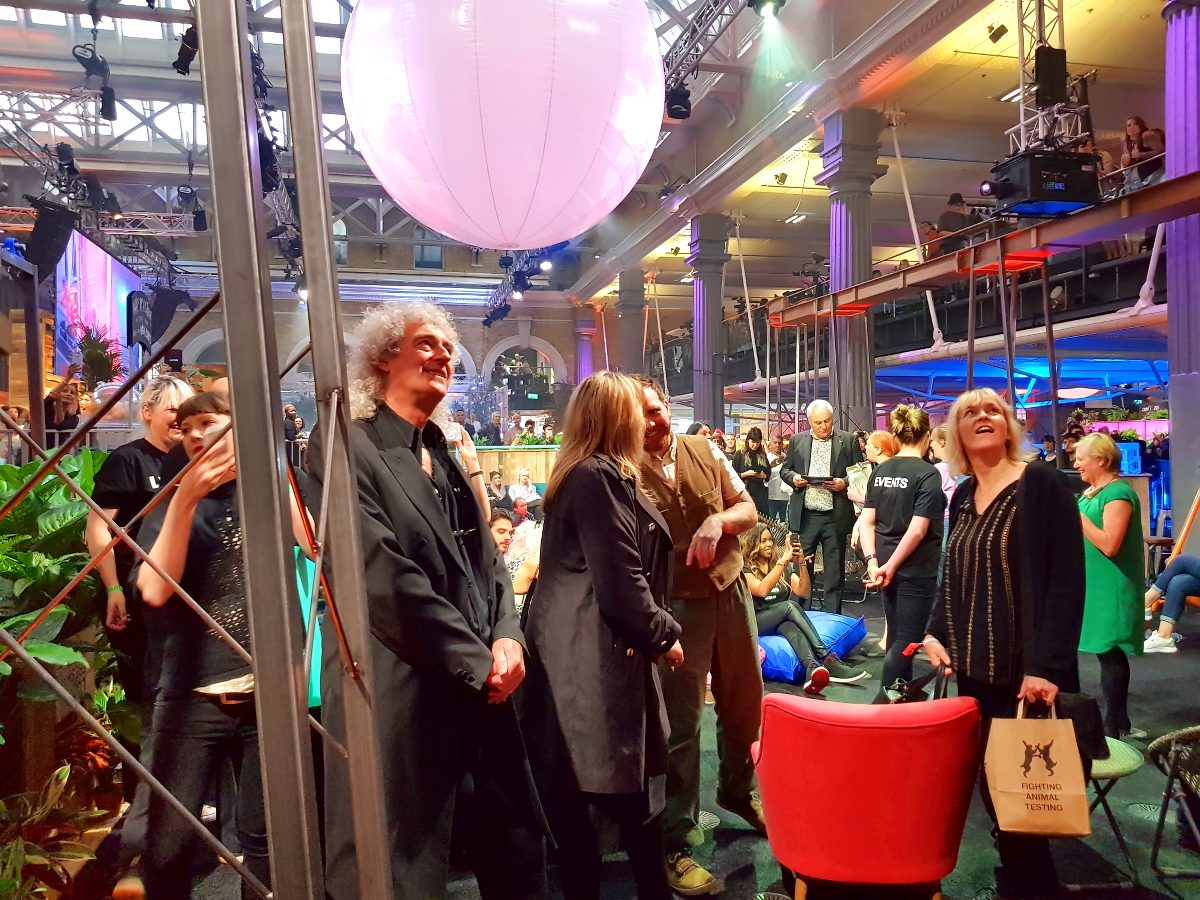 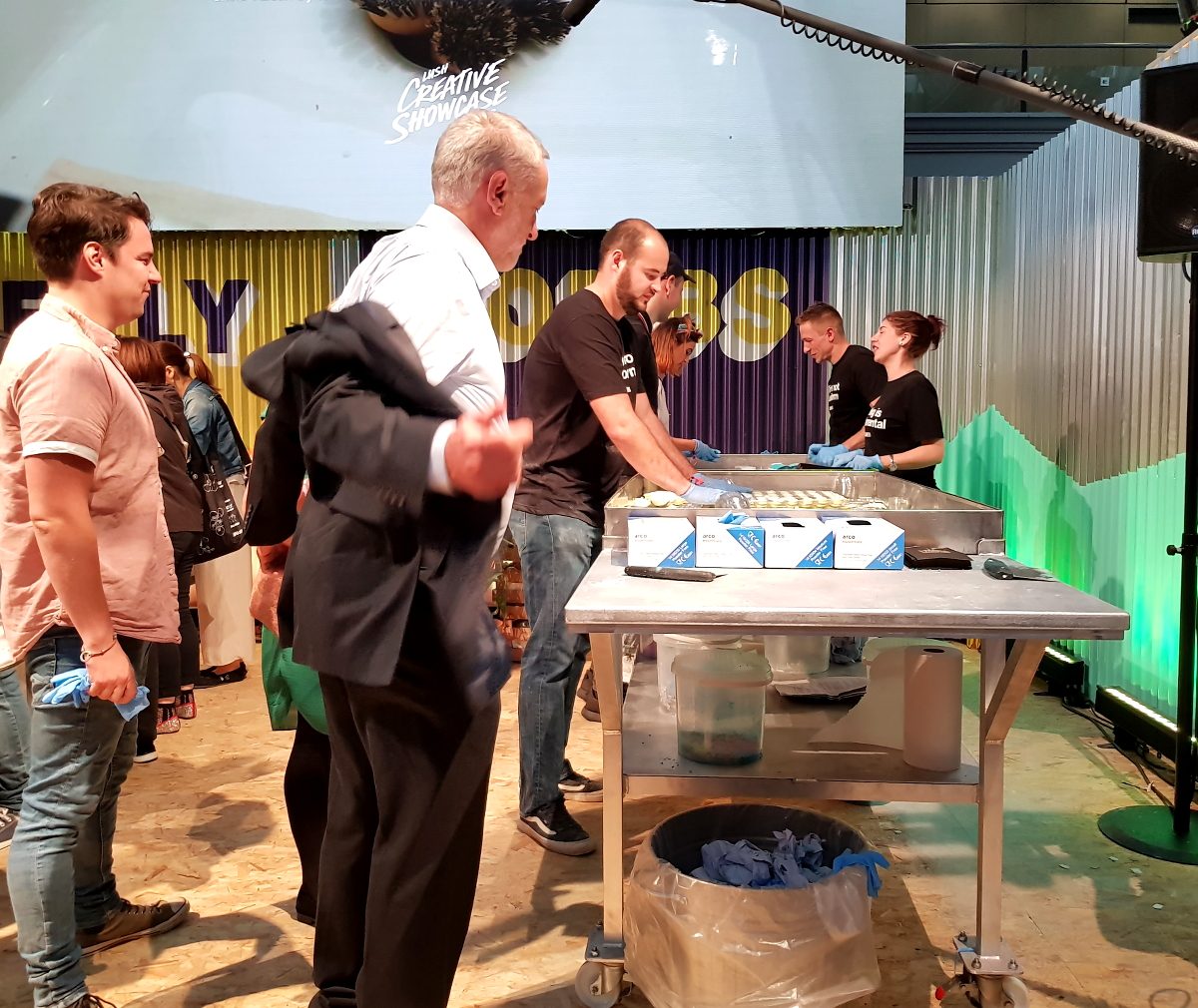 It was more inspiring than ever to see all the ways that technology makes a real difference in people’s lives, from helping refugees get an education to celebrating diversity, even though episodes such as the Google Memo debacle served as a sharp and foul-tasting reminder that there’s still a long way to go if we are to make the tech industry itself more inclusive. 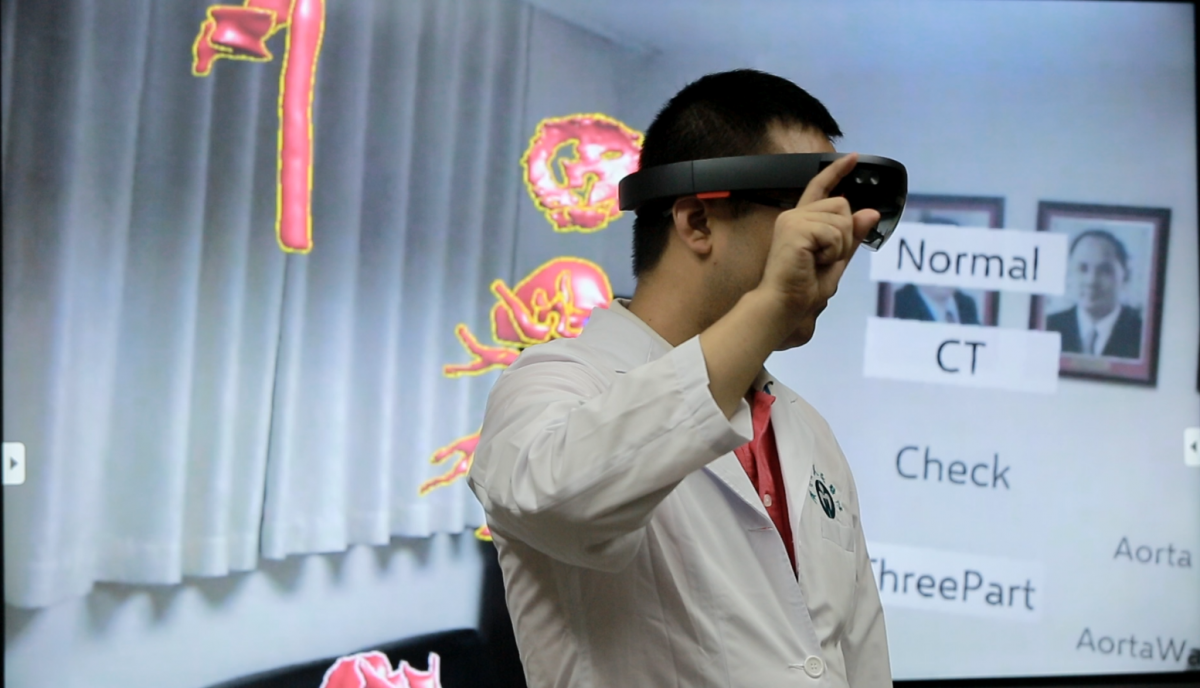 Data was a big theme throughout 2017, and it was fascinating to wrap up the year with a visit to Mozilla’s bold installation in London, aimed at educating people about what is actually being done with their data, and encourage us all to be more proactive about safeguarding our rights and privacy.

2017 was also a momentum-gathering year for Social VR, as many platforms like Linden Lab’s Sansar were finally unveiled to the public, and instantly started to foster some incredible creative content from the community, as I’ve seen first-hand when judging their Halloween experiences competition in October. 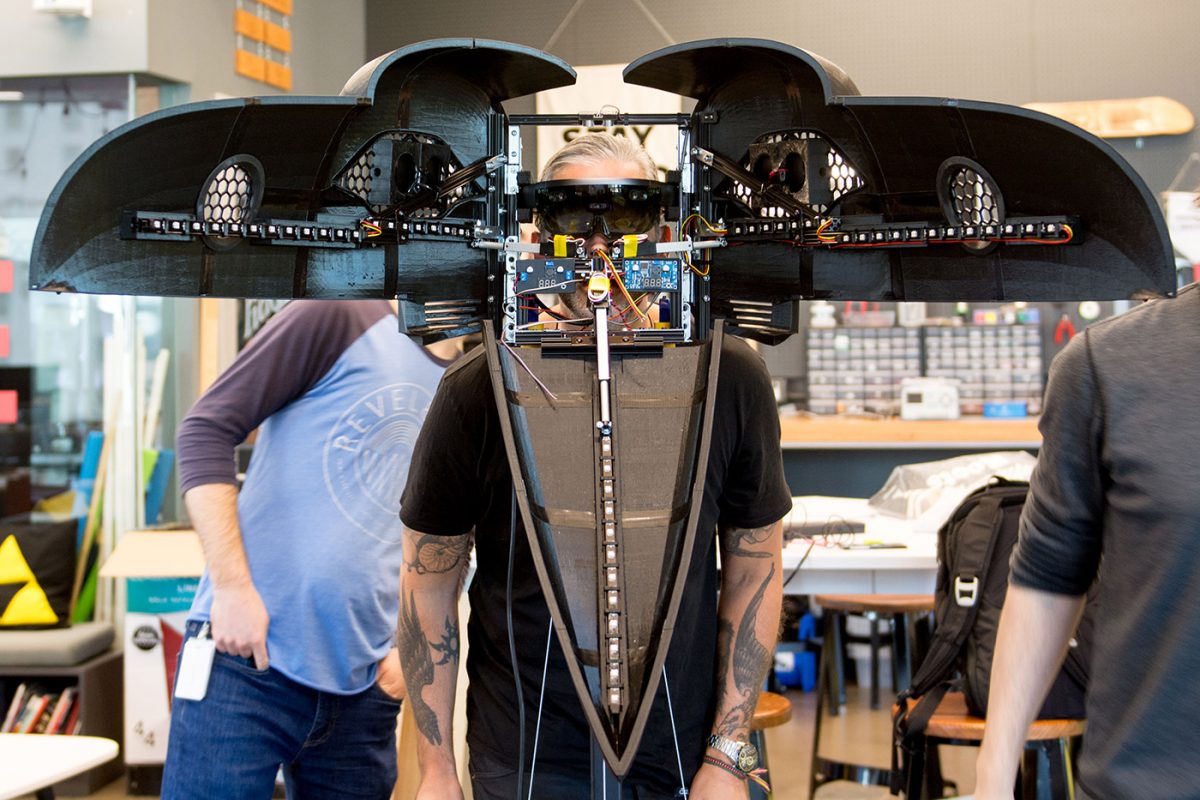 We also saw how Mixed Reality is being used to train surgeons, and even Astronauts, witnessed the power of VR experiences to generate empathy and change people’s minds, saw how tech is enabling new forms of artistic expression, engaging young people with politics, or climb mountains in virtual reality. 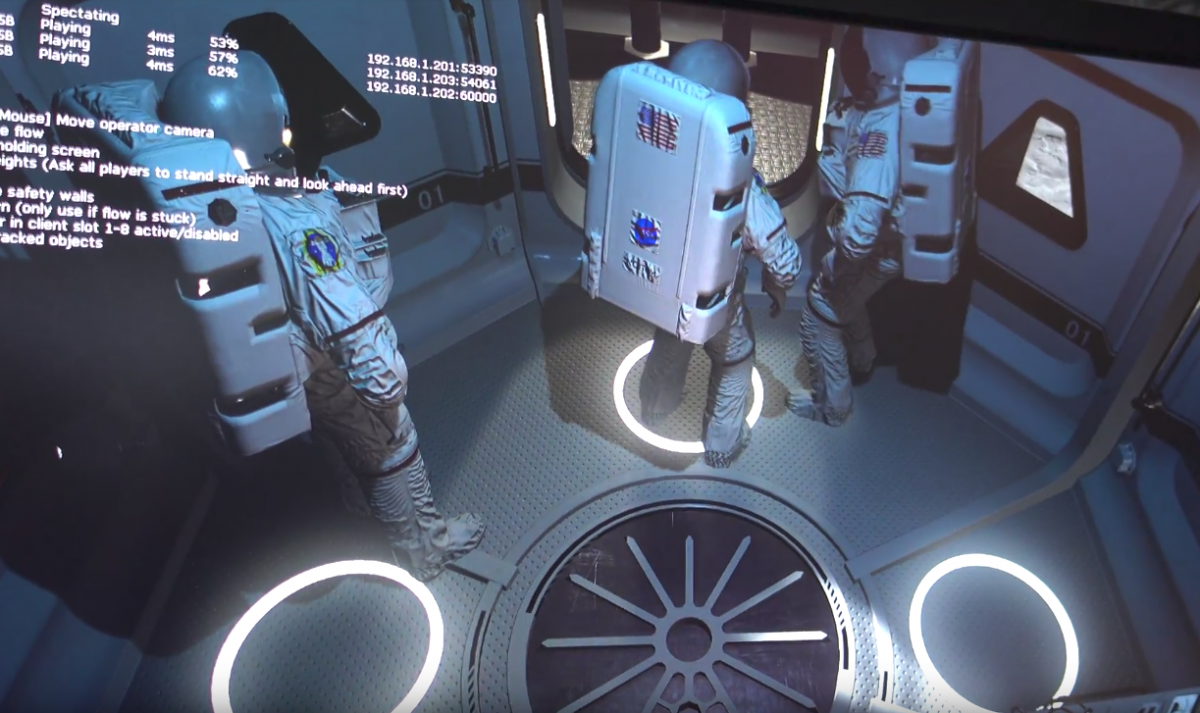 And having the chance to interview HoloLens creator Alex Kipman about his vision for  the future of computing and how Microsoft developed its groundbreaking immersive sound technology was definitely one of the high points of the year for me. 2018 is definitely looking like the year of Mixed Reality, and we can’t wait to see the shape that takes. 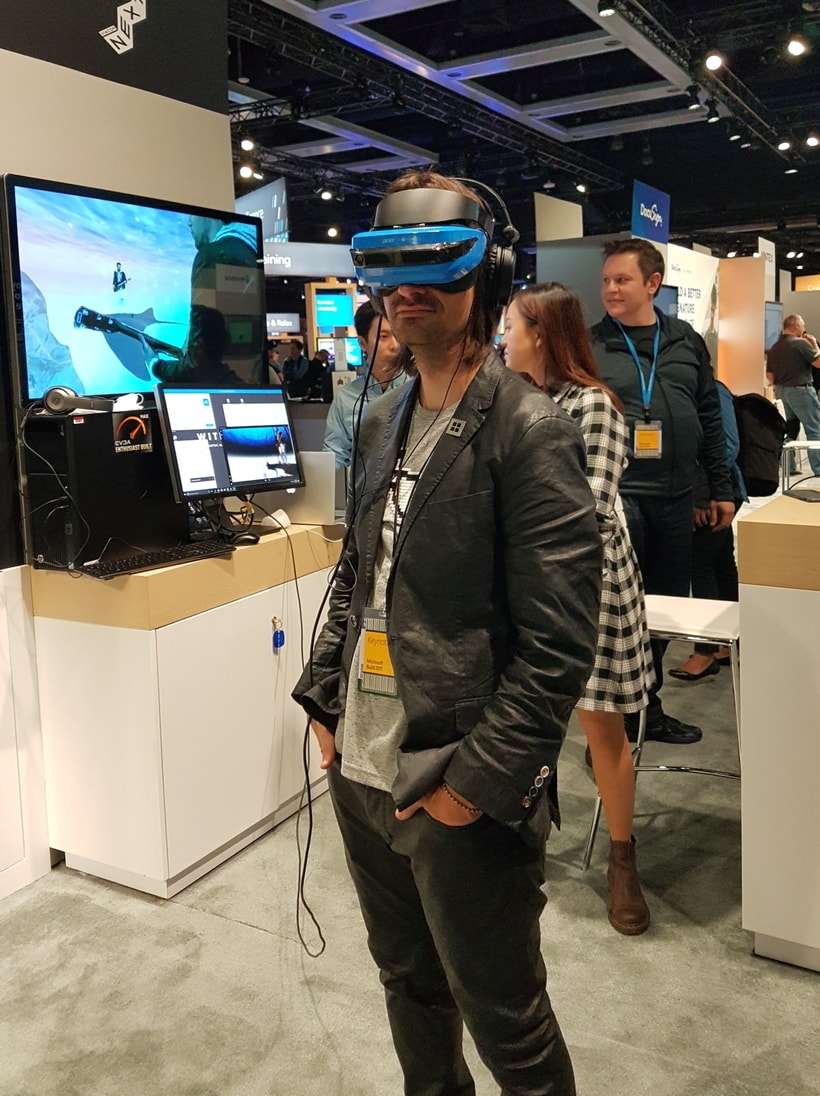 So thank you to all our readers for giving us the excuse to see and talk about these things, and we hope to continue to be your guide through the weird and wonderful world of tech in the new year and for many years to come. As we continue to grow and welcome a stellar host of new contributors on board, there are exciting times ahead, and we hope you will join us on that journey.