This drone is capable of catching a fish, albeit a rather small one…

Watching a man using a drone to catch a small live fish, I had one of those moments where you go: “WTF will they think up next?” I’ll admit it looks like fun though, if not exactly for the poor tiny fish who’s having an X-Files kind of day. At least the man gives the bewildered creature a kiss for his troubles before tossing it back in the water.

And while I’m not sure whether that’s £15,000 worth of fun (that’s how much the DJI Phatom 4 Fishing Edition package retails for at Drones Direct) it does showcase an interesting use of the technology. You certainly won’t be catching big fish (the maximum weight of a catch the drone can bring back is 200 grams) but the drone can be operated up to 100m above water and controlled from a distance of 2km. 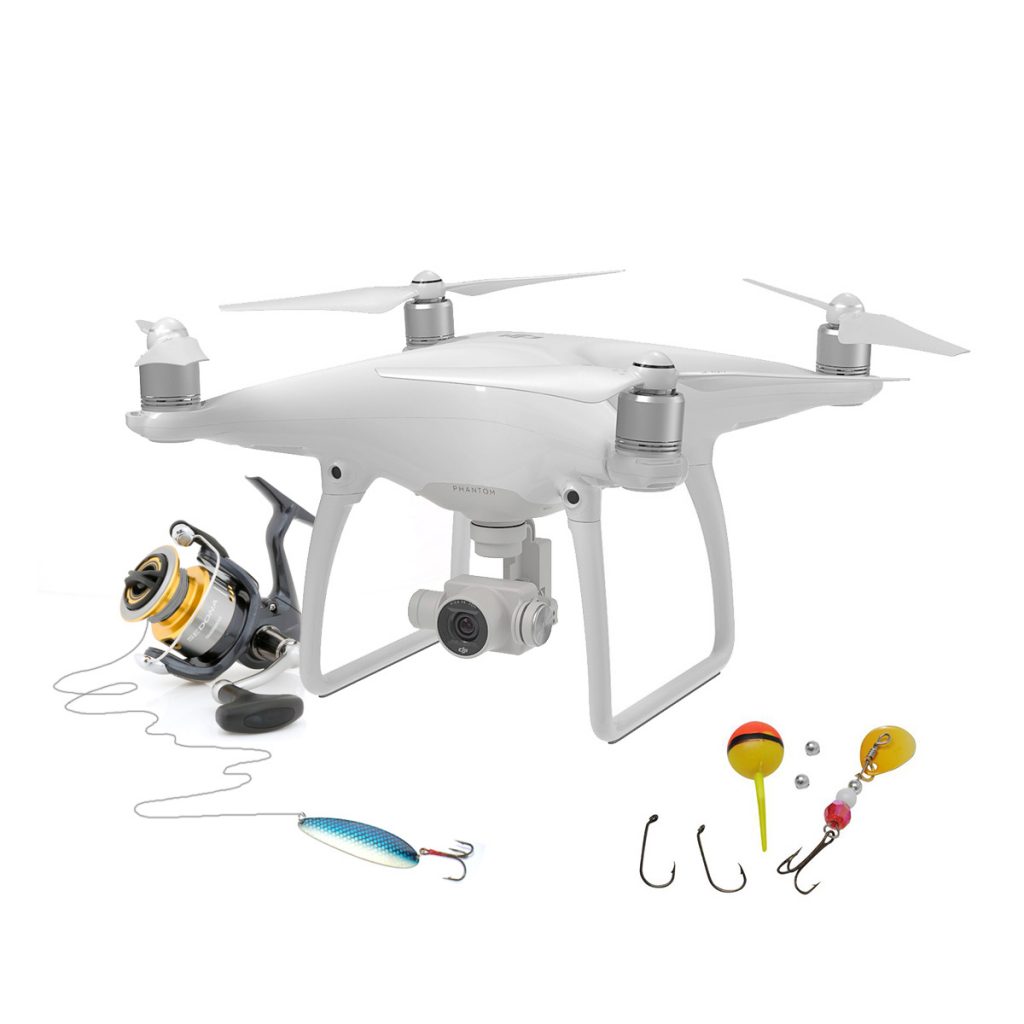 The inbuilt live camera feature means the drone can be used to locate and observe schools of fish without disturbing them, and it’s easy to see how that could prove really useful in wildlife conservation and photography.

Drones – the type you can buy, at least – are still largely cumbersome, fragile and expensive, but they are getting a lot better and cheaper, and the technology will continue to develop quickly over the next few years.

The key question is when we’ll reach the tipping point that will allow for mass-market adoption and sustainable commercial use cases. In places like Africa, where road infrastructure can often be poor or nonexistent and vast distances make it challenging to get supplies to isolated communities, drones could prove a real lifeline.

It’s easy to dismiss some of the hobbyist and early adopter uses of drones as a gimmick, but we should treat them more like prototypes. They are costly, small-scale proof-of-concept that give us a glimpse of what is to come and pave the way for widespread consumer usage. A world where your Amazon deliveries will literally fall from above, and ‘eyes in the sky’ will be a standard part of the toolkit in every area from law enforcement to agriculture and disaster management. 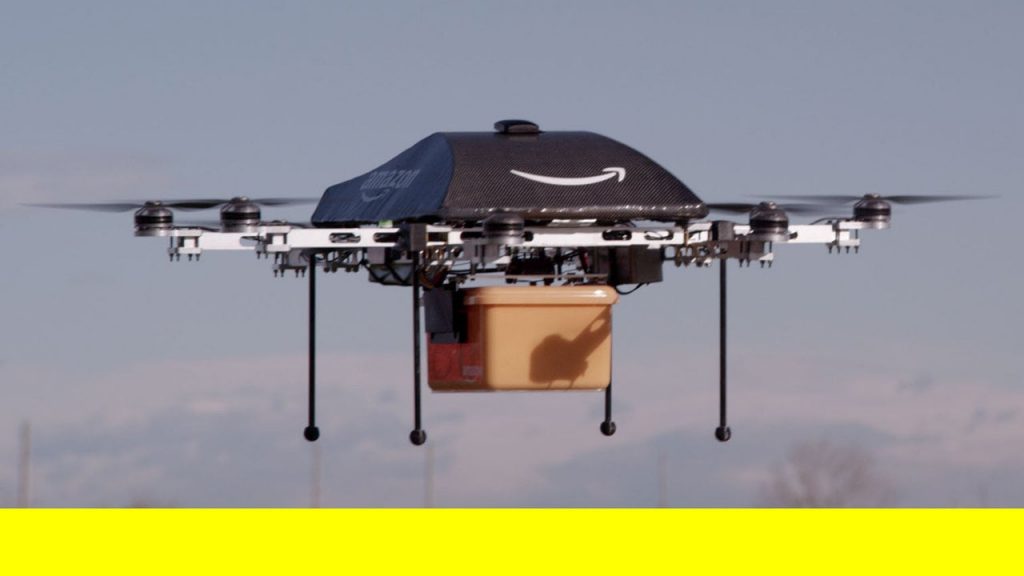 The UAV (Unmanned Aerial Vehicle) market will be worth an estimated 6 Billion USD by 2020, but the overall drone market is set to hit a staggering 127 billion according to PWC . This includes the anti-drone market, which is expected to grow to over a Billion USD in the same period.

The map below shows how varied and vast the drone technology ecosystem already is, and it’s worth bearing in mind that – like VR and 3D Printing, we’ve only just started scratching the surface of what this tech will enable. In future, you really could be sending your robot out to catch a fresh fish for supper, but unless you’ve got a really small appetite don’t go ditching your fishing rod quite yet… 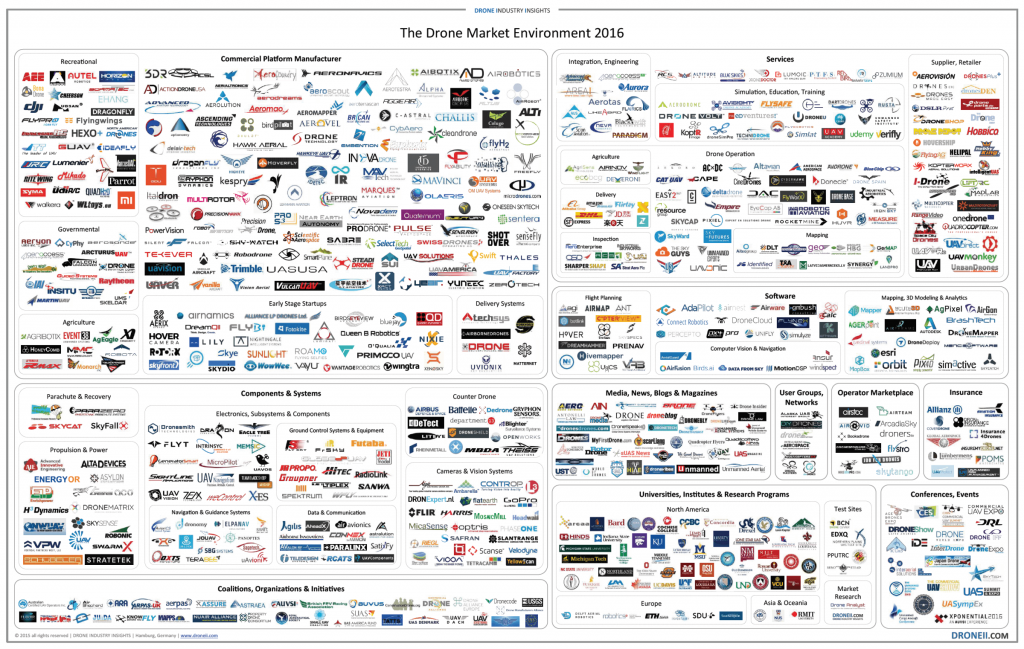