To mark what would have been Freddie Mercury’s 70th birthday, his Queen bandmate Brian May announced that an asteroid has been named in the legendary singer’s honour.

Today would have been Freddie Mercury's 70th birthday. He gets an asteroid named after him #FFADAYO Click To Tweet

May appeared via video message at a party last night where over 1250 fans gathered to celebrate the occasion in aid of the Mercury Phoenix Trust which funds global initiatives to battle HIV/AIDS. Visibly moved, he said how the announcement recognised Freddie’s outstanding influence and gave some more particulars on the asteroid that will carry his name forever:

“Where is Freddie’s Asteroid ?  It’s in the main Asteroid Belt, out between the orbits of Mars and Jupiter, and is about 3 and a half km across.  It has an albedo of about 0.3 – which means it only reflects about 30 per cent of the light that falls on it; like many asteroids, it’s a dark object – rather like a cinder in space.  Viewed from the Earth it is more than 10,000 times fainter than you can see by eye, so you need a fair-sized telescope to see it … and that’s why it wasn’t discovered until 1991” (the year of the singer’s death).

He also showed the ‘certificate of adoption’ issued by the International Astronomical Union and the Minor Planet Center, which reads:

Freddie Mercury (Farrokh Bulsara, 1946-1991) was a British songwriter, and the lead singer for the legendary rock group Queen.  His distinctive sound and large vocal range were hallmarks of his performance style, and he is regarded as one of the greatest rock singers of all time. 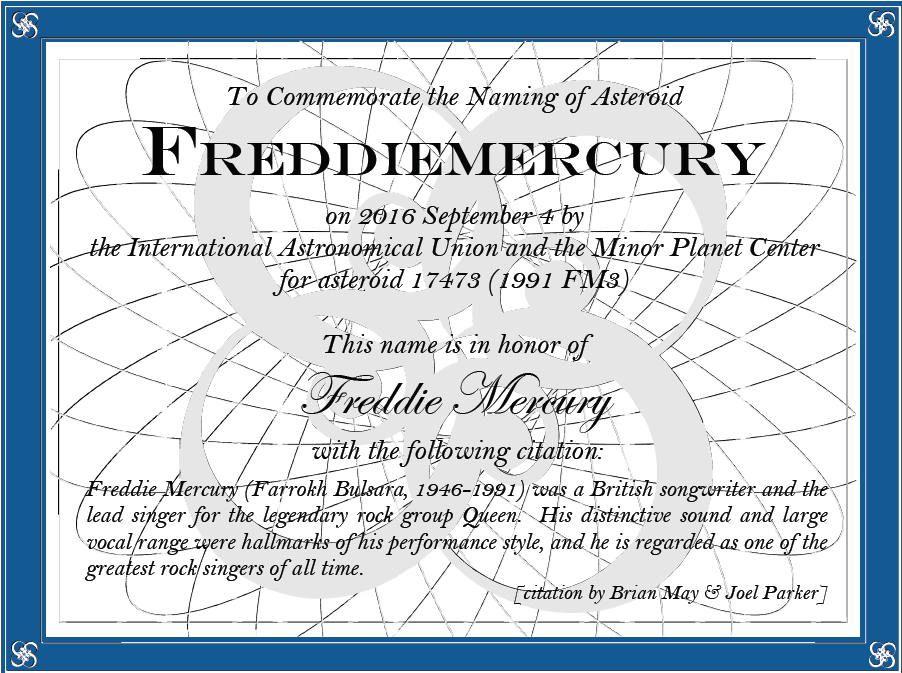 These two diagrams show the position of Asteroid 17473 Freddiemercury on the day Freddie was born and where it is today. 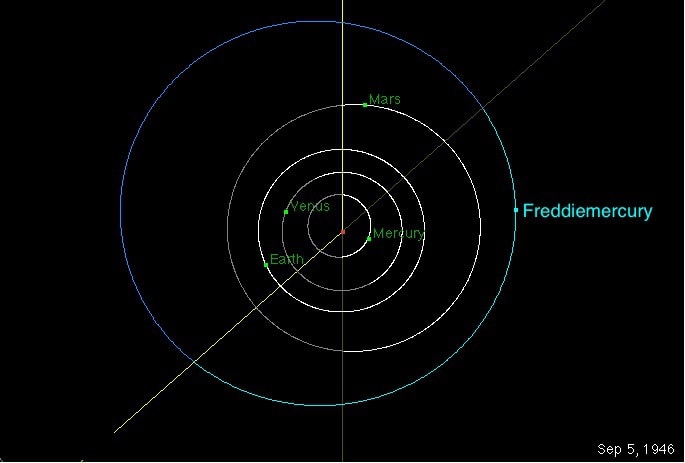 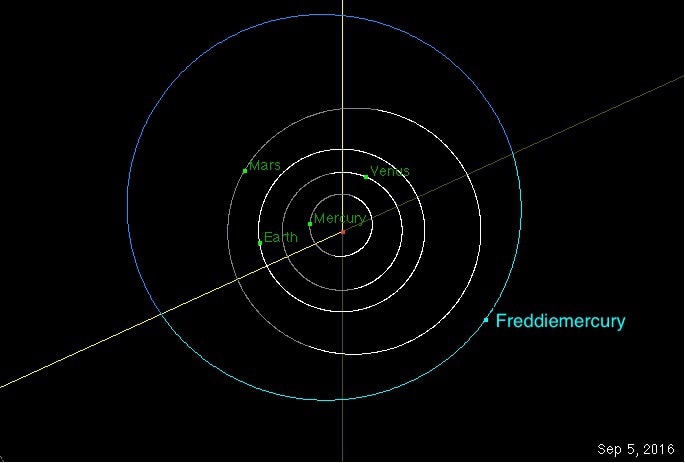 Joel Parker from the Southwest Research Institute, who May personally thanked for his part in “making this happen” and cited as a ground-breaking researcher active in the recent NASA Pluto mission and ESA’s Rosetta mission commented:

“Freddie Mercury sang, ‘I’m a shooting star leaping through the sky’ – and now that is even more true than ever before.

Although he’s still best know for his music, Dr. Brian May also has some seriously cool science and tech credentials. Apart from being an Astrophysicist, he’s also one of the world’s foremost experts in stereoscopic photography, which, as far as I’m concerned, makes him the Godfather of VR. He’s even invented his own viewer – called the OWL – to help people view the amazing kinds of 3D images which he assiduously collects. 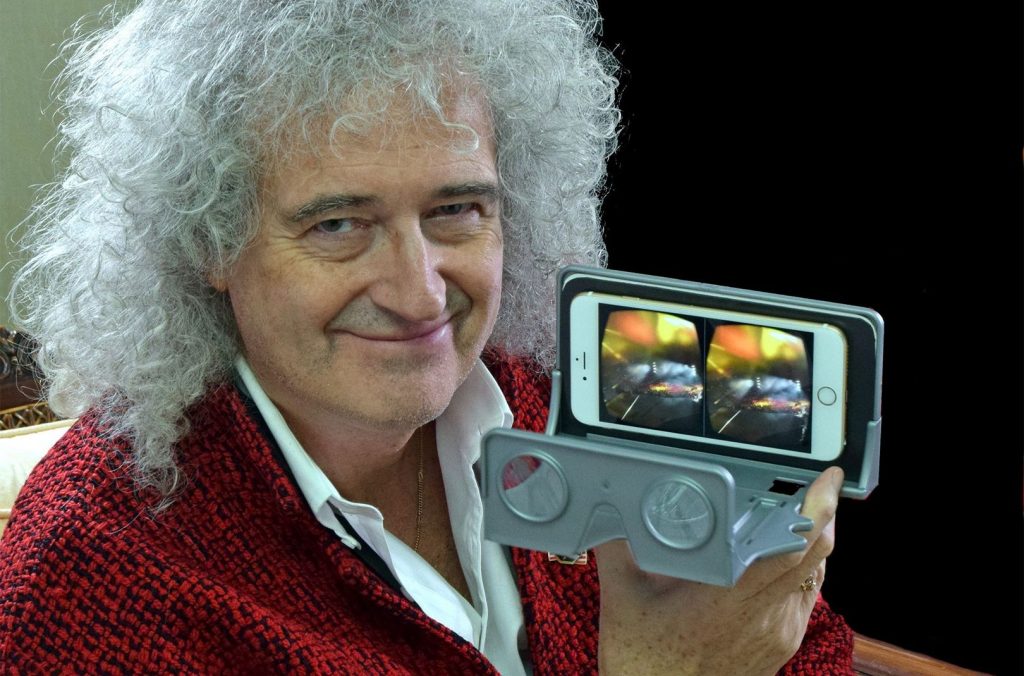 So we’re happy to join him in wishing Freddie a cosmically happy birthday. There really is no stopping him now… 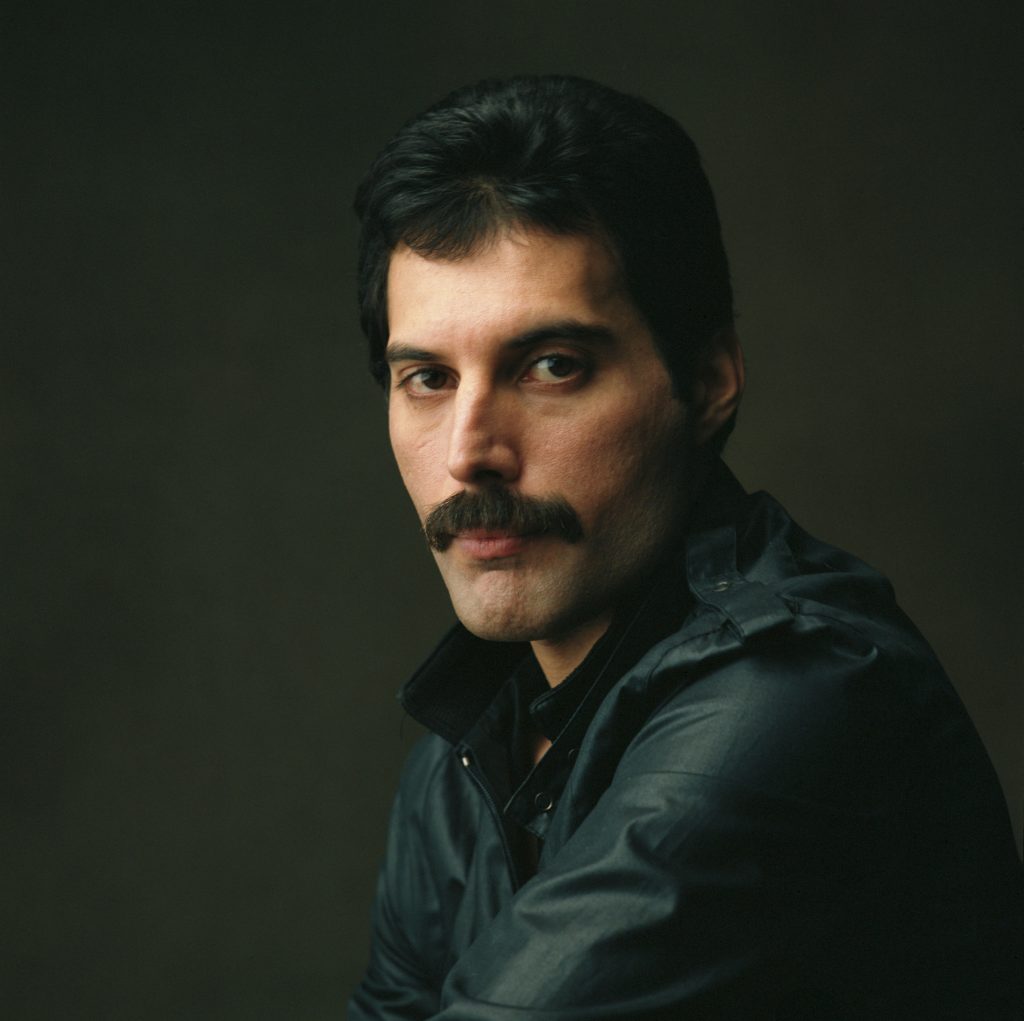 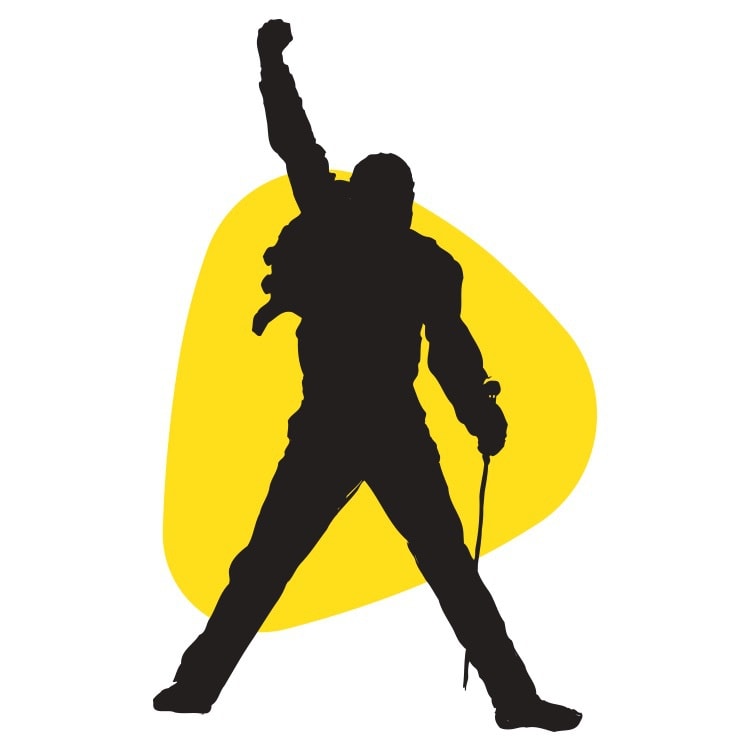