Another sign we’re fast approaching the vision set out by Ernest Cline in his VR-themed novel Ready Player One is that more people are now able to make a living in Virtual Reality worlds.

With full-time VR-based jobs, we're getting closer to the world of Ready Player One Click To Tweet

By that I don’t mean earning salaries developing VR hardware or software – that is clearly a very healthy industry in its own right – or even designing elements, environments and experiences which can be sold in the model proposed by platforms such as Sansar (a proven formula that has generated millions of dollars in revenue over the years for Linden Lab through its legacy Second Life platform).

But as social VR begins to really take off, and people start spending a lot more of their time in those computer-generated immersive environments – just like in Cline’s book which is also being made into a film directed by Steven Spielberg – those platforms are looking to recruit virtual employees that replicate real-world tasks in VR. These aren’t technical roles at all. Rather, the people they are looking for will perform a variety of roles to ensure that users have a great experience while using the technology. 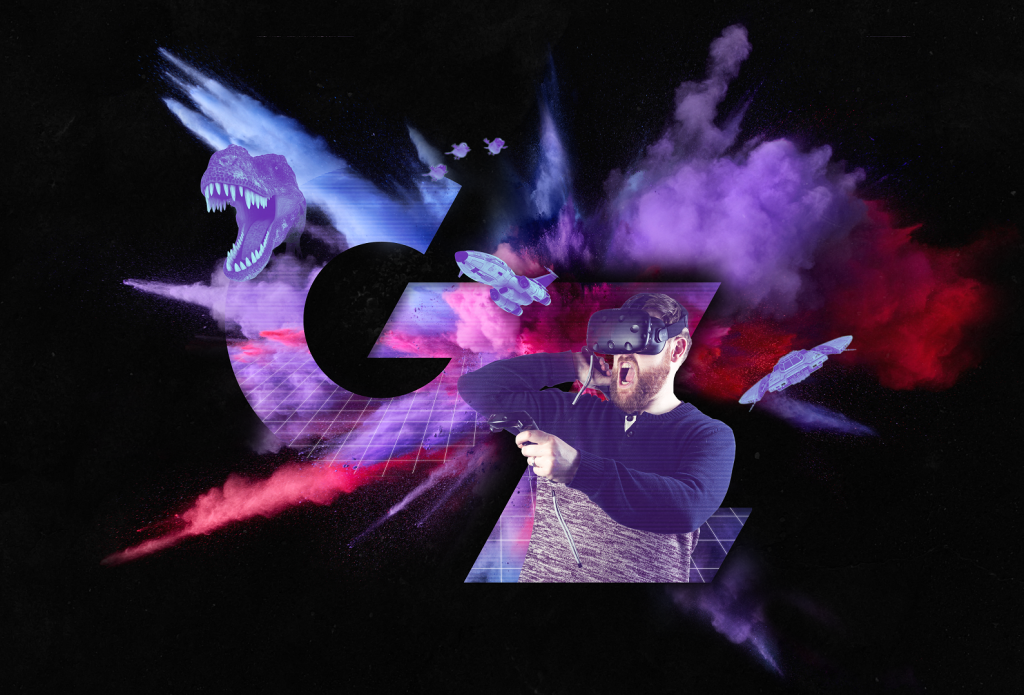 In advance of its worldwide launch in the summer, Geekzonia has just advertised one such full-time position for a VR Events Host that will be undertaken entirely in virtual reality “whether that’s in a dungeon filled with dragons or at the heart of middle-earth.” Duties include meeting and greeting users and celebrity guests, assisting in event organisation and promotion.

As the name suggests, Geekzonia is a social VR platform focused on geek culture, allowing users to explore themed zones like sci-fi, fantasy and horror, attending events with other like-minded geeks (again, much like in RP1). It describes itself as a “24/7 virtual reality comic-con filled with the latest geek content from movie studios, games publishers, TV networks and geeky brands.”

Its co-founder Stephen Walsh says he was inspired to start the platform when he realized that the demand for the geeky events he was running in his Geek Retreat comic book shops was outstripping the venues’ physical capacity:

“In June 2016, at the TEDx Glasgow, I happened to meet Martin McDonnell, owner of Soluis, a design visualisation studio, and got talking about a haven for geeks unencumbered by the dull limits of the physical world. Geekzonia was born soon thereafter, and we’re worked together to develop the platform alongside two co-founders, Carina Walsh and Peter Dobson,” he explains.

The full job spec is included below and salary – although negotiable – is in the region of £17k, with promises of “abundant progression opportunities as the start-up expands.”

This role would suit an enthusiastic and passionate geek with excellent communication skills. We have several open positions located in the UK and the US on a work from home basis. The company will supply a VR headset and required hardware.

Experience in either events hosting, promotions or sales is preferable and candidates must be prepared to spend a large part of the working day using a VR headset (with hourly breaks). A fanaticism for geek culture is also essential for everybody in our company.

Our team is made up of software wizards, comic book shop owners, social media geeks and VR design geniuses, to apply to join us just send us your CV and a note about why you’d be the perfect fit.