“Evangelist” is an overhyped term in tech, yet Chief Evangelist Aape Pohjavirta makes it work.

His enthusiasm is contagious, and after a few minutes chatting about Funzi – the start-up he founded two years ago – I feel like I’ve been drinking the Kool-Aid. Maybe it was the strong Finnish coffee that gave me that buzz, or perhaps it was the fact that Aape can use terms like ‘futurification’ without making it sound like empty nonsense. This is clearly a man on a mission, which he casually outlines as we sit in a swanky Helsinki coffee shop:

“We want a world with no wars, where everyone is healthy, happy and has a job.”

But what, I ask, are his more ambitious goals? 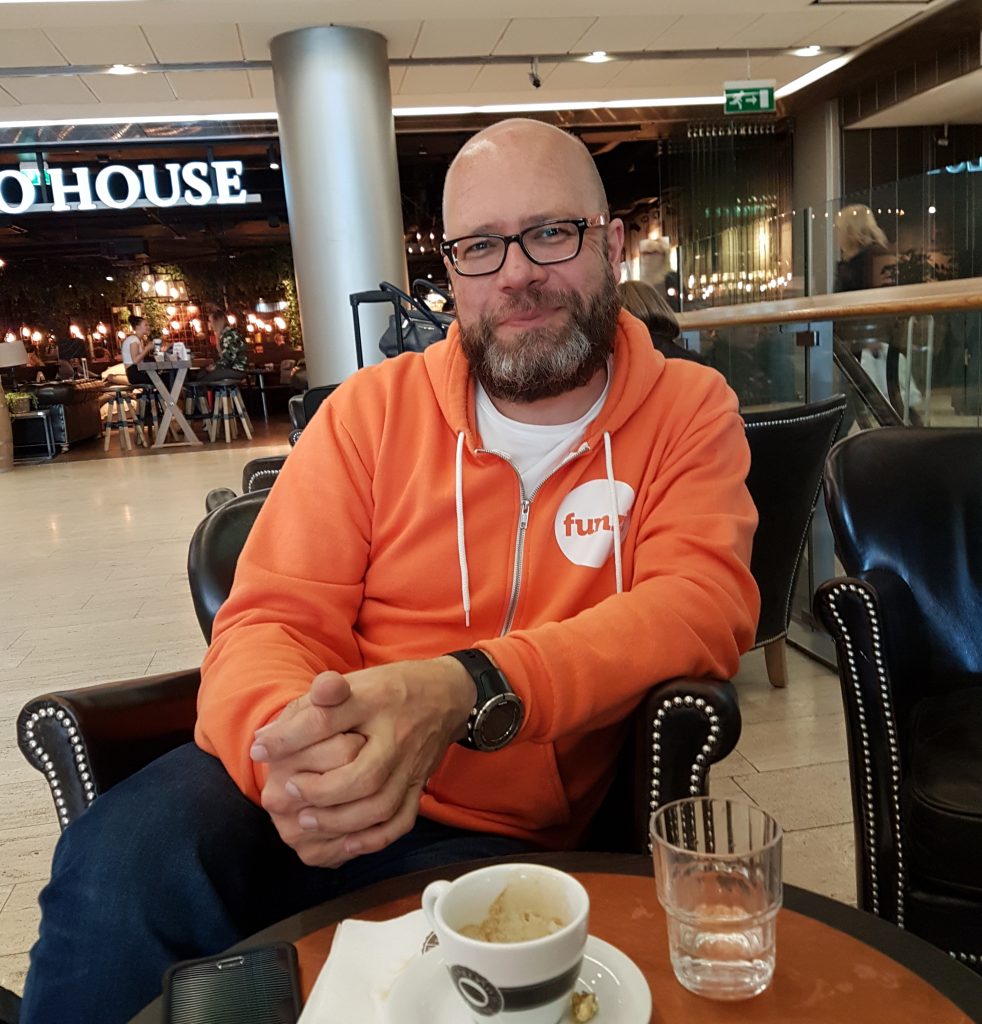 He laughs, but there’s no mistaking that the goals are deadly serious, he’s got an  impressive track record to back them up. Having been involved with education technology since the 80s, he collaborated with some of the early Apple pioneers. Over the decades that followed, he experienced the hype around e-learning and multimedia as well as the meteoric rise of social media and mobile. But, he says, they all failed to live up to the promise of truly revolutionising education.

“The education industry is fragmented and works in silos. There is no global driver. When you look at EdTech companies they usually start off by segmenting themselves by topic, language and geography, so you cannot scale, you’re always just jumping from niche to niche.”

As a friend of his – Chief Technology Officer at Stanford University’s School of Education Paul Kim – once put it, the current education system is simply incapable of reforming itself because everyone in the system is already a product of that system, so disruption needs to come from outside. 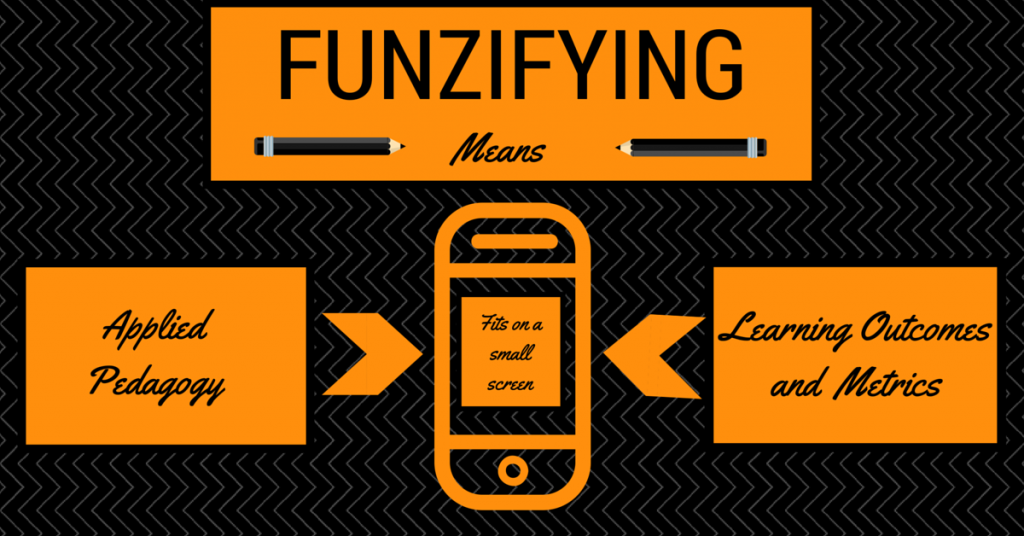 “You don’t need any new inventions in order to digitise the whole system of education delivery. Everything you need is already there. The only reason why this hasn’t happened is because publishers of educational books have always been hugely profitable, so disruption in that space won’t come from them. We’re doing to education exactly what Google did to search. We’re destroying other people’s business because other people’s businesses have been wrong.”

We want a world with no wars, where everyone is healthy, happy and has a job Click To Tweet

In order to really shake things up, they started by first looking at how people were using their mobile devices, and how they would best learn through them. Funzi essentially works on the premise that when people can focus on learning the things that they’re good at, and that they’re interested in, education – delivered through technology – can have a much bigger impact

“It’s not about doing the same things better, but about doing better things. We’re using mobile to liberate people from education so they have the freedom to learn.”

Their business model is based on learning outcomes, where user have access to all the content for free, but pay for certification if they wish to validate that learning externally. It’s a powerful concept, since users can be confident that the course works for them before ever making a payment – if they make it at all. And looking at the numbers, that strategy does seem to make the product very ‘sticky,’ meaning that 20 out of every 100 users that try it come back the next day, week and month, with sessions averaging 8 minutes. Impressive stats in an age of information overload and short attention spans.

“It’s a false choice between free learning and monetising, you can have both in this system. We can optimise the way that any learning is delivered anywhere, and we can do this at not cost to the user while still enabling the creation of valuable content and lucrative businesses.”

Another false paradigm, he says, is that EdTech is a competitive market: “This is a 6 trillion dollar a year industry that has to be digitised. 1 percent of that is still $60 billion. Divide that among a thousand different companies and that’s still $60 million each, so could you please tell me where the competition is?”


It’s not about doing the same things better, but about doing better things Click To Tweet Funzi has been live for 18 months and has over 200,000 users, mostly in sub-Saharan Africa. The focus, however, hasn’t been on growing numbers, but on proving the viability and scalability of the model. So instead of launching in the local Nordic market, they opted to go to countries which lacked in fundamental education infrastructure, and were welcomed with open arms.

“We’re empowering people with skills to build their dreams” Aape says, pointing to the fact that over 40,000 people have taken their entrepreneurship course in Iraq alone. “We see from implementation how practical knowledge drives the birth of new communities and adds life to existing ones. It’s the desire and curiosity to learn new things that keeps us humans alive.”

At the same time, the global refugee crisis broke out, and like many in the tech community, Funzi felt compelled to help in any way they could (TechCrunch Editor Mike Butcher has been organising such global initiatives under the Techfugees umbrella since last year), so they leveraged the platform’s capabilities and scalability to help streamline the arrival and assimilation process for refugees—from finding reception centres and applying for asylum, to figuring out schools, work permits and the local language.

The next step in scaling up will be working with partners to reach users and deliver learning that’s relevant to them. “We know, for example, that there are 471 million Facebook users on mobile who said they were interested in education. Those are the people we’ll be targeting,” says Aarpe, who’s also cautiously optimistic about Facebook’s own education ambitions:

“We were at F8 (Facebook’s Developer Conference) this year and when I listened to MZ’s (Mark Zuckerberg) keynote it sounded like he was using my script,” he recalls. “From what I heard, he understands the huge responsibility that his organization has. I don’t know if it’s good or bad, right or wrong, but I do know he has a genuine interest in pushing the envelope in the only field that can ever really change the way the world works, and that’s education. At least he’s doing something… And when you look at the proposition, to deliver personalised, free learning to anyone, anywhere, what could be more beautiful, or more democratising? That’s exactly what we’re going to enable.”