New Wearable Can Calm Nerves With A Daily 10 Minute Session

In 2020 we are all being tested as to how much misery, uncertainty, and disruption to our lives we can take without cracking open like a pinata! The new Sensate II is “Designed to Soothe Stress, Build Resilience and Fight Everyday Anxieties” so sounds just the ticket right about now. 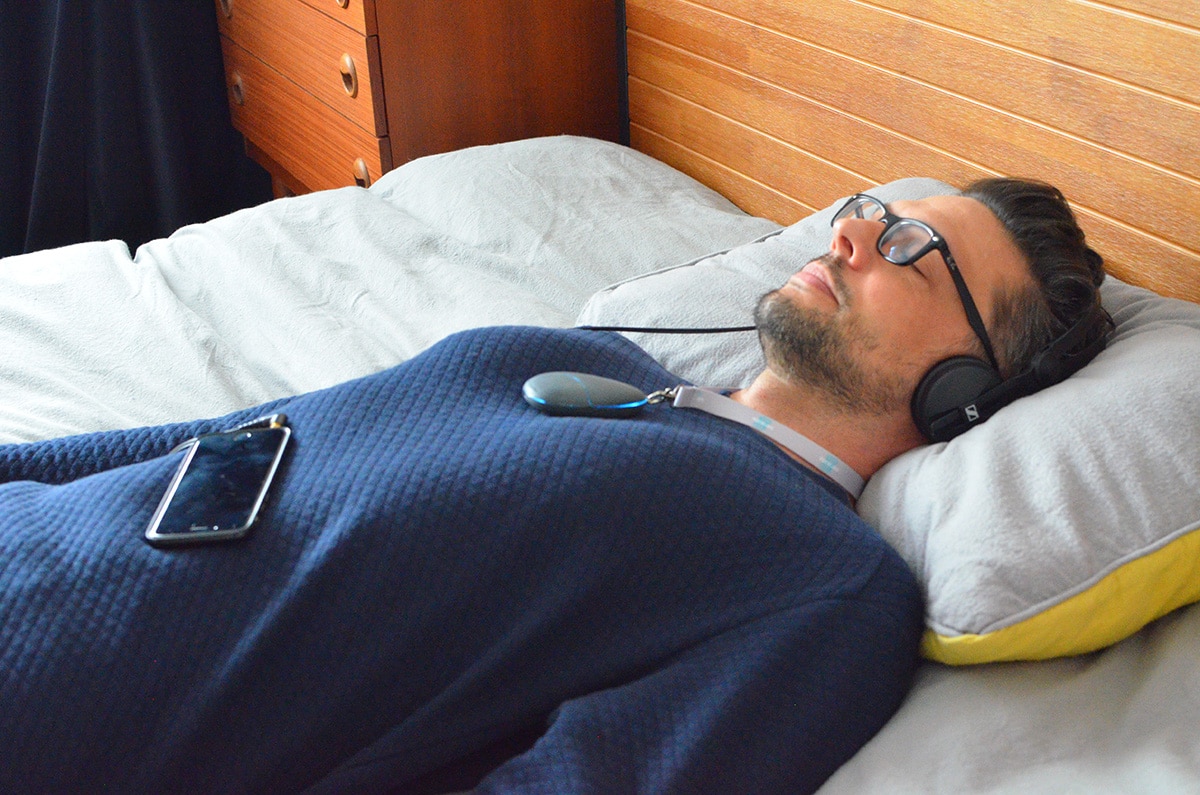 The new Sensate II is Designed to Soothe Stress, Build Resilience and Fight Everyday Anxieties so sounds like just the ticket right about now! Click To Tweet

Stress and anxiety are growing exponentially in both the [UK / US], with 45 percent of adults in the latter (53% of women and 37% of men) stating that the pandemic has affected their mental health. Despite an abundance of mindfulness apps, and a rise in the popularity of meditation and yoga, effective relaxation is harder than ever to achieve and not something easily mastered in a short time. Millions of people find it difficult if not impossible to disconnect and manage their emotions, and that’s where Sensate helps.

21st-century stress contributes to serious diseases of inflammation such as heart conditions, obesity, cancer sleep problems, and many preventable mental and physical health issues. The updated Sensate II is a palm-sized, pebble-like device that sits on the chest and syncs with a free mobile app. It was initially created by Stefan Chmelik, a pioneering stress management consultant and physician with 30 years experience, to relieve the effects of PTSD for a range of sufferers, including war veterans.

Audible tones, those heard by human ears, typically have frequencies that fall within a range of 20 Hz to 20 kHz. However, human beings are able to feel and detect sound waves that occur below these frequencies. Sound waves with frequencies below the audible range noted above are referred to as infrasounds and ultrasounds. At very low frequencies, sensory cells in the cochlea are stimulated by sounds at levels below those that are heard. Infrasounds and ultrasounds can also be transmitted by way of vibrations or pulsations. The bio-potential effects of low-frequency acoustic waves on humans have significant prospective benefits and therapeutic potentials. Research has shown that “clearly specified wave frequencies and amplitudes such that…the application of low–frequency sound waves with precisely controlled parameters (frequency, acoustic pressure level, exposure time)” can contribute to such significant results as “lowered activation level of the autonomic nervous system) or [a notable] change the morphology of the electrocardiograph pattern.” Studies have shown that infrasonic exposure can also produce such beneficial effects as a decrease in blood pressure.

21st-century stress contributes to serious diseases of inflammation such as heart conditions, obesity, cancer sleep problems, and many preventable mental and physical health issues Click To Tweet Sensate is designed to use low-frequency infrasound to regulate the nervous system and tone the vagus nerve which is responsible for calming the body after periods of stress and anxiety Click To Tweet

Non-invasive stimulation of the vagus nerve is a new and exciting area for research that is making the benefits of Vagus Nerve Stimulation (VNS) accessible without an invasive procedure. At the forefront of this research is the use of ultrasound and infrasound (sub-audible, rhythmic, pulses) that stimulate a neural and physiological downregulation response (i.e. produce a calming effect). Sensate is designed to use low-frequency infrasound to regulate the nervous system and tone the vagus nerve which is responsible for calming the body after periods of stress and anxiety. It can relax our “fight, flight, freeze” emergency response, bringing our body back into balance. 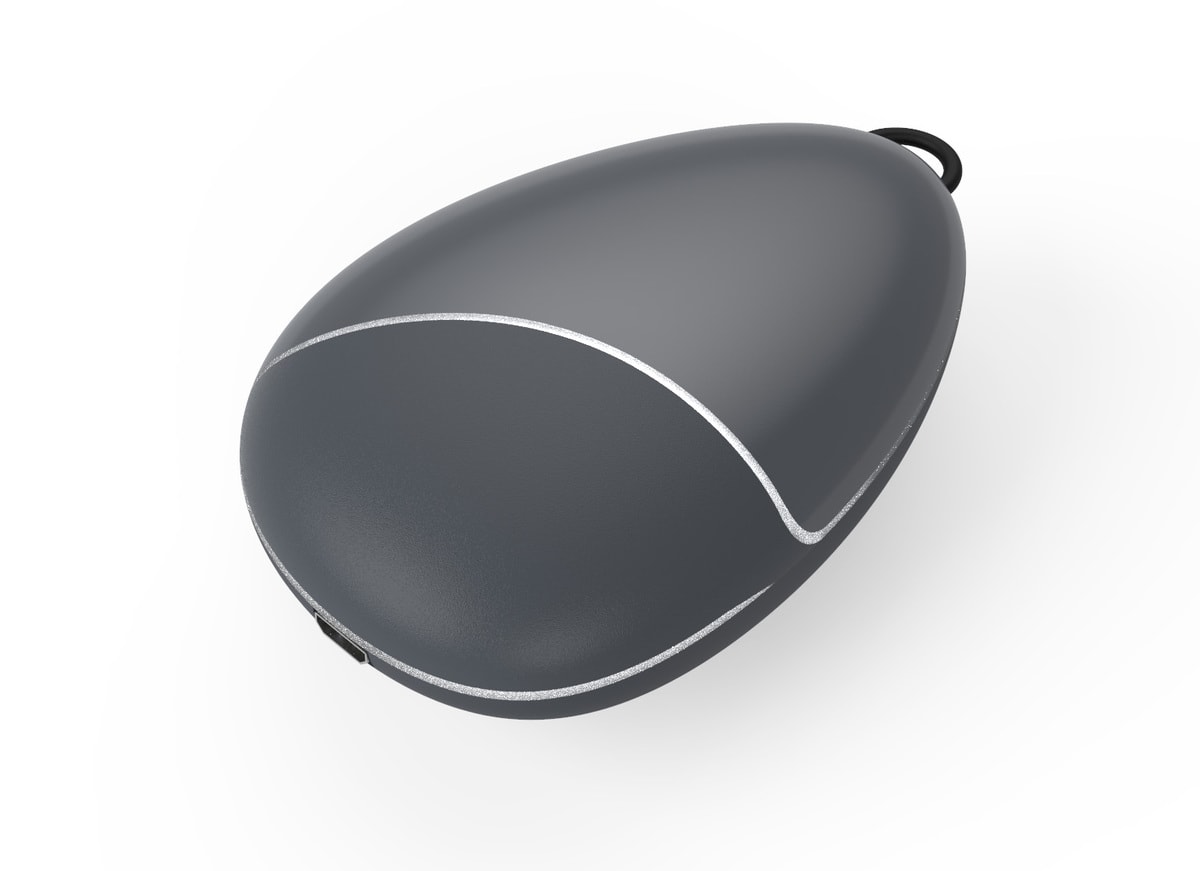 A combination of meticulously composed sounds synchronized with the near-infrasonic rhythmic pulses of the Sensate wearable are tuned to promote immediate relaxation. Sensate claims it can also deliver health benefits more commonly associated with long-term meditation practices, it’s been shown to improve heart rate variability, a key marker for health, in over 80% of users within in-clinic trials.

Sensate has been shown to improve heart rate variability, a key marker for health, in over 80% of users within in-clinic trials Click To Tweet

A revamp of the Sensate I, the Sensate II offers the same physical and psychological benefits, but now with a sleeker, non-slip design, longer battery life, improved connectivity, and more power to improve use. The size of your palm, the Sensate II “pebble” sits on the user’s chest and produces low-frequency infrasound vibrations that resonate through the chest cavity and bone.

The size of your palm, the Sensate II “pebble” sits on the user’s chest and produces low-frequency infrasound vibrations that resonate through the chest cavity and bone Click To Tweet

This creates the same calming effect produced by a cat purring on your chest. These vibrations regulate the nervous system through toning the vagus nerve, the neural superhighway that connects the brain to the gut and is responsible for calming the body after periods of stress and anxiety.

Olave Skille patented VibroAcoustic (VA) Therapy in the late 1980’s in Norway as a “means of using the energy of musical sound waves applied directly to the body to produce relaxing physiological as well as psychological effects.” Since its inception, studies have proven that the use of the physical sounds of music can be even more effective than other interactive forms of intervention.

The positive outcomes of clinical vibroacoustic hardware can be miniaturized through the use of microelectronics. Sensate pairs this technology and convenience by utilizing the body’s natural ability to conduct energy through bone conduction. As such, placing Sensate on your sternum allows your body to carry infrasound and audio tones through resonant frequencies and maximize their relaxing impact on your body. Excitingly, this phenomenon is further optimized through the use of a biometric sensor and feedback loop that personalizes the audible and sub-audible frequencies. 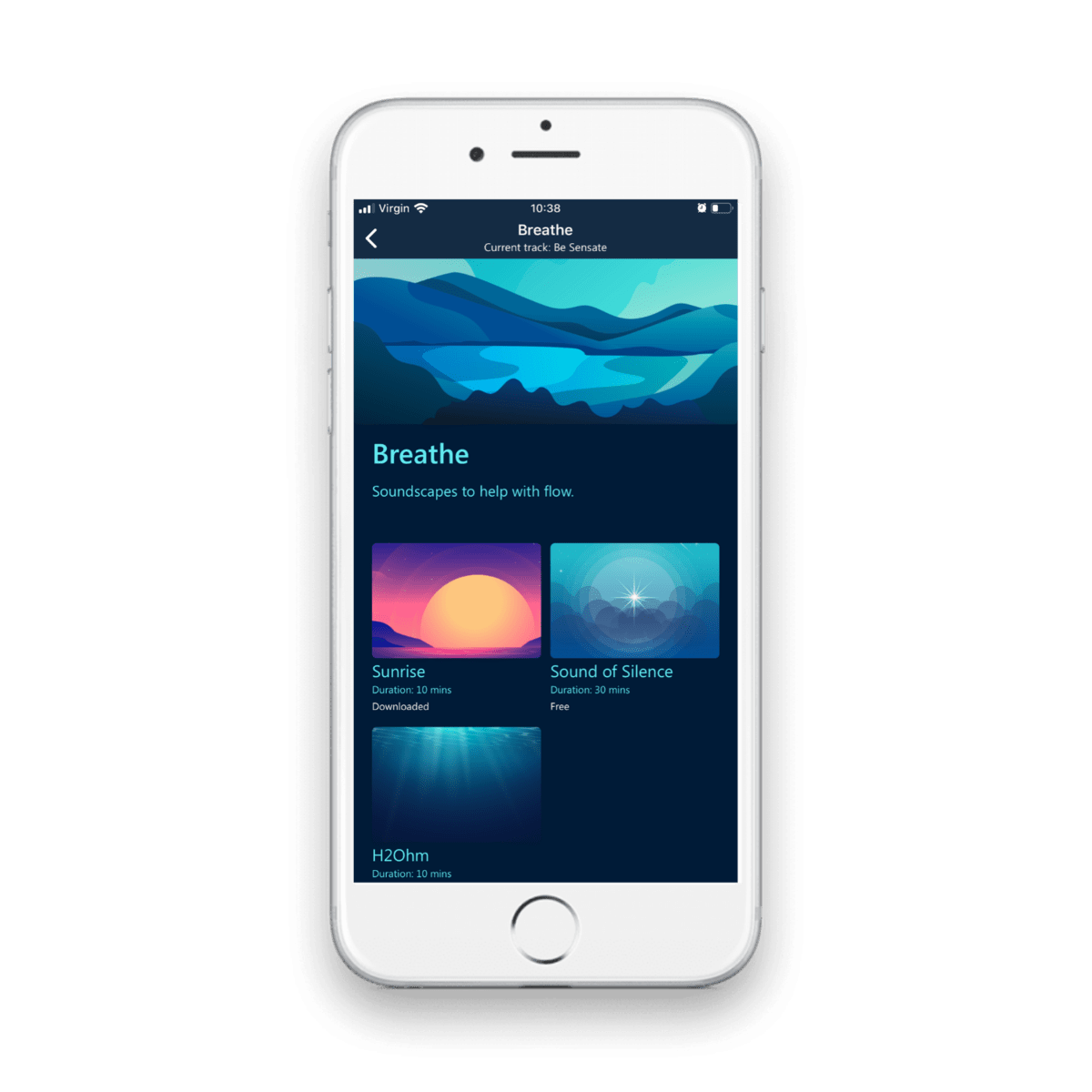 Used in conjunction with Sensate’s specially-composed library of soothing soundtracks (ideally played through headphones), users can reap the benefits of a lifetime’s practice of meditation within ten, twenty, or thirty-minute sessions.

Sensate II will cost £299 but is also now available to pre-order from www.getsensate.com for £199 for a limited period Click To Tweet

“Stress and mental health issues are a 21st-century health crisis, with around 300 million people globally suffering from depression and anxiety.” Stefan Chmelik, founder of BioSelf Technology and creator of Sensate, explains, “Human beings have made their chest vibrate and resonate since the first hominids sat in a circle thumping their chests and howling at the moon. Through song, chant, mantra, prayer, oming, breath, meditation and music, we have found ways to stimulate feelings of wellbeing, harmony, and belonging.” 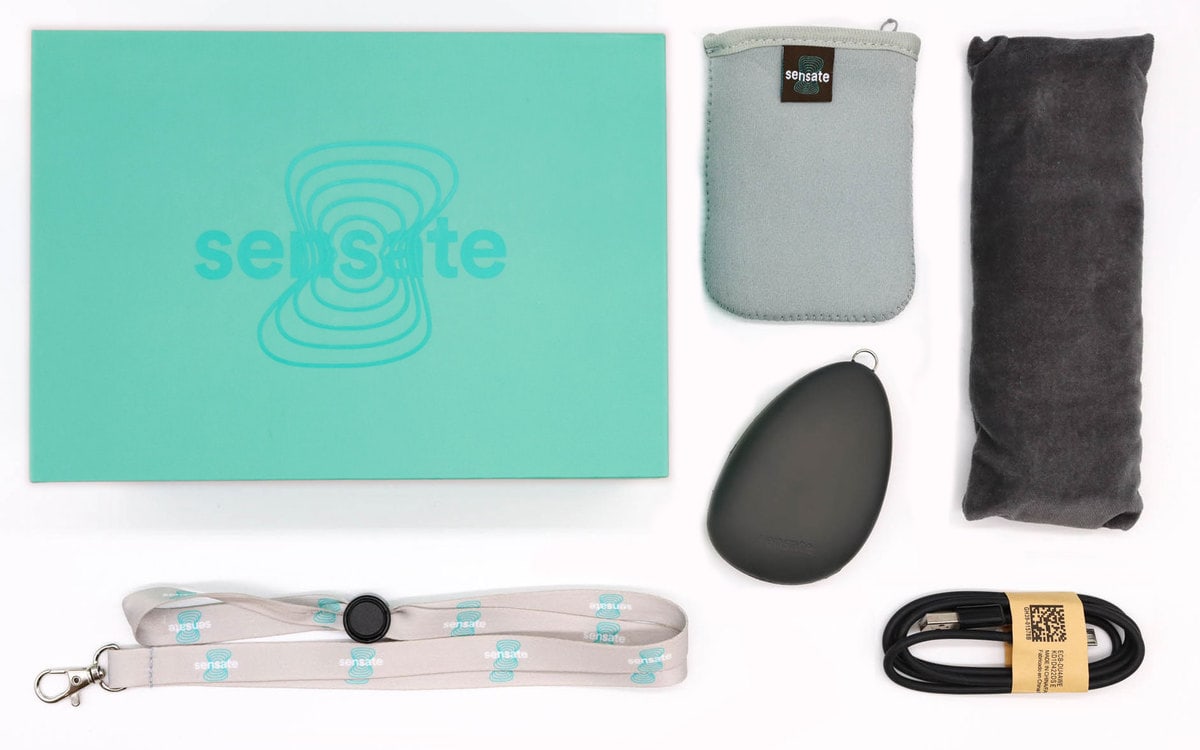 Used in conjunction with Sensate’s specially-composed library of soothing soundtracks users can reap the benefits of a lifetime’s practice of meditation within ten, twenty, or thirty-minute sessions Click To Tweet

Officially launched on May 4th this year, Sensate is being initially funded through an IndieGoGo campaign where, as of publication, it has reached 941% of its target, proving the demand for a product like this in these uncertain times. Backers have 5 days left to pre-purchase a Sensate through IndieGoGo for a heavily discounted price, however it is available for pre-order from www.getsensate.com for £299 with IndieGoGo orders being fulfilled first.

As soon as we get our hands on one Tech Trends will report back with a detailed review, we could sure use a few moments of calm right now!