Tech Trends takes a look at the first-ever government run crowdfunding platform and what it hopes to achieve for the municipality of Biscay.

Crowdfunding has come a long way over the last decade or so, and it is fair to say that most people are not only familiar with the concept but have supported some sort of crowdfunded project themselves. Increasingly, therefore, the model is being seen as an essential part of the mix where it comes to financing not only individual projects and companies, but entire ecosystems. We’ve recently reported on such moves being made in places like Cornwall.

The municipality of Biscay (Bizkaia) has gone a step further, however, launching its own equity-based crowdfunding platform. This is the first of its kind to be officially backed by a government for the purpose of encouraging investment and entrepreneurship in the region. The idea is to encourage ordinary people to invest in Basque start-ups by connecting individual small investors and companies seeking funding.

Biscay has launched its own equity-based crowdfunding platform, the first of its kind to be officially backed by a government Click To Tweet

The Crowdfunding Bizkaia website is initially launching with four start–ups, with another four set to follow shortly. The target is to manage between ten to twelve projects a year, selected from a pool of around thirty applicants currently being considered. 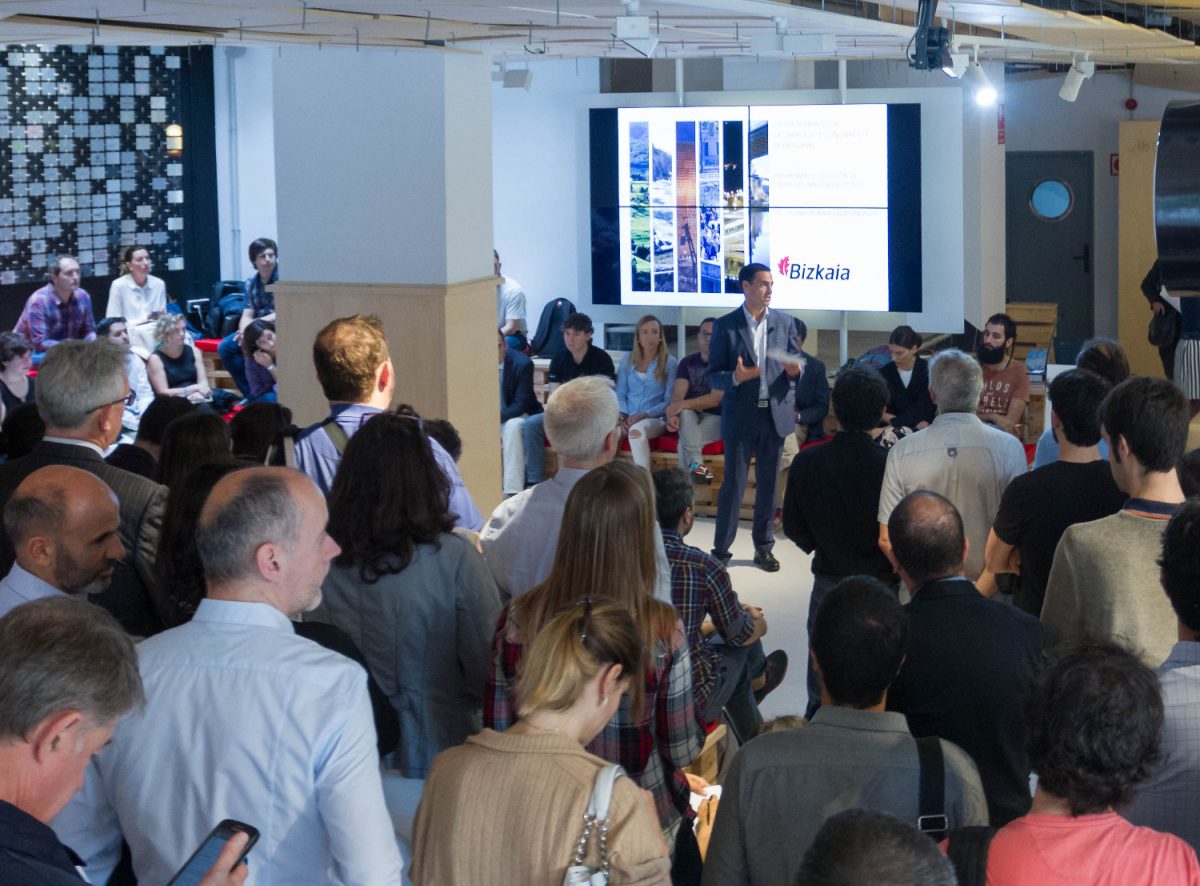 Crowdfunding has become an essential part of the mix in financing not only individual projects and companies, but entire ecosystems Click To Tweet

Biscay is known for innovation in many areas including its world-renowned gastronomy and education system which is amongst the top in Europe and where most parents nowadays opt to have their children be taught in the Basque language.

Once a regional start-up is accepted onto the platform, it has fifty days to raise its funding target from the public. Once that is achieved, they will also have the option to apply for the government to match the amount raised – up to €30,000 per start-up. Bizkaia has initially set aside a €240,000 fund for this purpose.

This is not just about providing start-ups with seed investment, however, as each business accepted onto the platform also receives a year of free business mentoring and support, helping them reach their growth targets and opening new avenues for financing.

Citizen investors from any country are able to invest a minimum of €75-1,000 and a maximum of €3,000 per project Click To Tweet 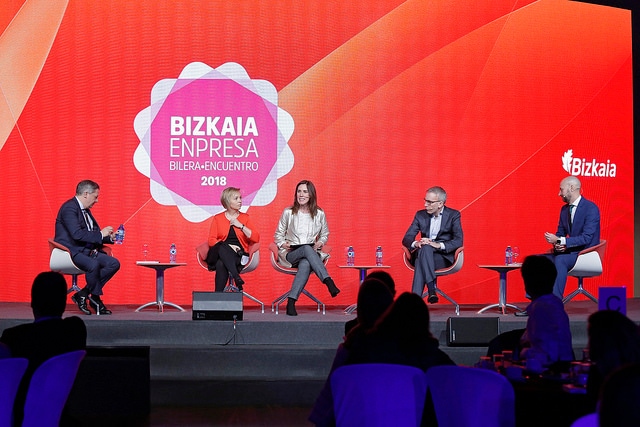 Once a start-up is accepted onto the platform, it has fifty days to raise its funding target from the public Click To Tweet

Unlike private sector platforms such as Crowdcube – which allow any business to pitch for funds, the Crowdfunding Bizkaia platform only hosts business which have been vetted by the government to ensure that investors’ money is only channeled towards viable projects.

Businesses from any sector (apart from real-estate and finance) can apply as the aim is to promote a broad range of ventures to strengthen the economy and entrepreneurial ecosystem in the region. Start-ups seeking investment must therefore be headquartered in Biscay, which is hoped will also encourage outside companies to come to the area.

“We want to help grow good projects and attract the best ideas to the territory. Crowdfunding Bizkaia is our new and unique financing tool that offers investors the security of projects that have been screened by an expert team for their economic and financial viability,” says Imanol Pradales, Regional Deputy of Economic Development.

The four companies initially joining the platform are We Are Testers, an online marketing research tool; WATS, a social initiative created to eradicate violence in sports; FractalMed, a mathematical tool that forecasts disease progression in multiple sclerosis patients; and PoliMaker, a biodegradable thermoplastic polymer capable of becoming almost anything.

Juan Manuel Villanueva from FractalMed, said that crowdfunding is an important tool for developing social capital as well as helping start-ups overcome initial barriers such as financing.

Each company that applies to be accepted onto the platform is subjected to a rigorous financial and economic appraisal– similar to the due diligence process which would be conducted by a venture capital firm. This is very different from the situation in similar crowdfunding platforms where it is mostly up to the individual investor to assess the start-up’s viability. This high level of government scrutiny is a key differentiator for investors.

‘Citizen’ investors from any country are able to invest a minimum of €75-1,000 (varying from project to project) and a maximum of €3,000 per project. The annual maximum contribution each investors can make to start-ups on the platform is €10,000. Each company sets its own minimum contribution level, which translates into investor shares and eventually yields a return when a company makes a successful exit. 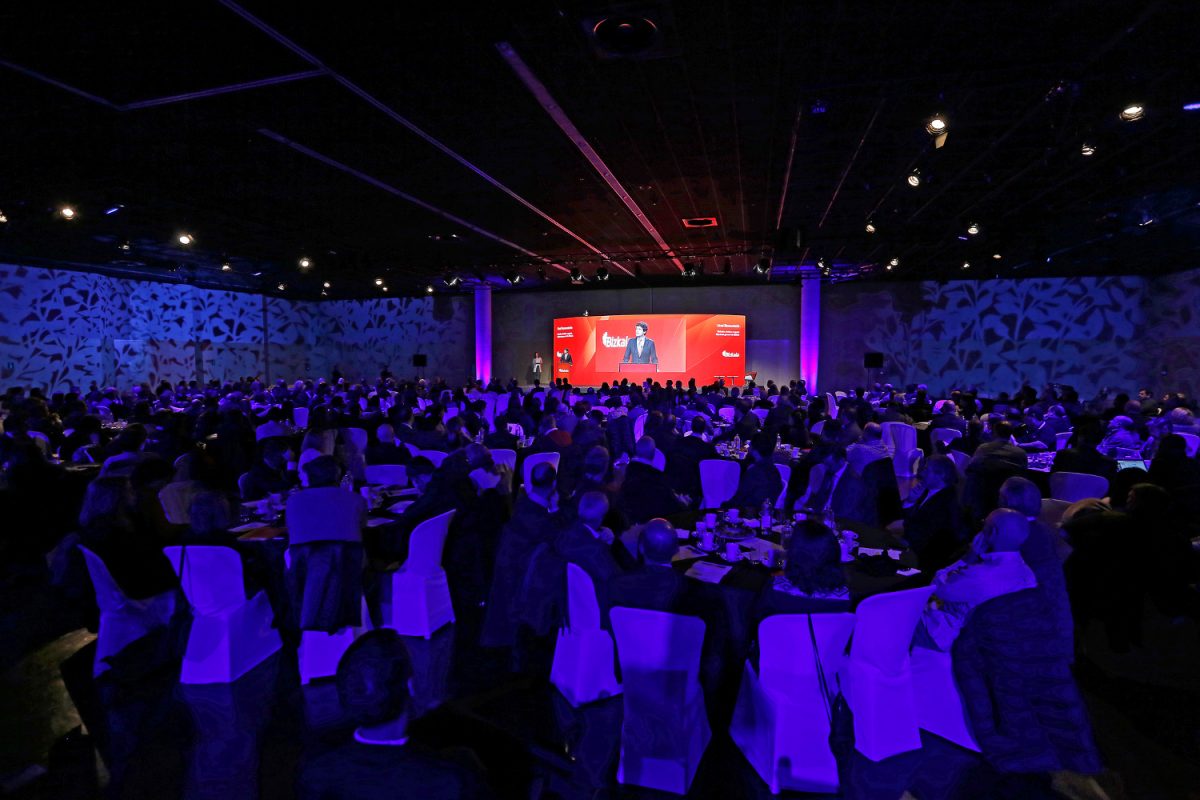 This exit strategy again can differ from start-up to start-up, but examples of typical exit plans can include share buyback schemes, IPOs, or trade sales. As part of their investor pitch, each company provides an exit timeline, giving an estimate of when funders can expect a return on their investment.

Another differentiating factor from traditional equity crowdfunding platforms is that the commission fees are substantially lower than the market average– with just 1% of the investment value going to Crowdfunding Bizkaia to cover its running costs.

This platform is just one part of the Biscay government’s larger effort to boost sustainable growth and situate the Basque Country as one of Europe’s most attractive destinations for entrepreneurs.

Each start-up provides an exit timeline, giving an estimate of when funders can expect a return on their investment Click To Tweet

One recent example of this was the launch of the Euro Fond Innova, where ordinary citizens can invest between £3,000 and £5,000 in a fund that will lend to Biscay start-ups in exchange for a tax rebate. The fund aims to raise €100 – 120 million to support Basque business. This is coupled with a range of other investment funds aimed at promoting local innovation. These include the Development Fund, a financing tool focusing on SMEs in the technology sector; FEIS (Entrepreneurship and Social Innovation Fund), geared towards socially beneficial business ventures; and Mikro, aimed at developing microenterprises, including cooperatives.

The Deputy General of Bizkaia, Unai Rementeria, explained that his government’s priority is to foster start-ups and encourage business growth through a strong industrial policy and a business-friendly taxation system. “This is one of many measures that makes Biscay an attractive place for entrepreneurship with the ability to attract projects from other parts of the Basque Country and Europe,” he concludes.