Speed Kills is an epic experience that sets the bar high for cinematic VR.

Hannibal Pictures’ upcoming feature film Speed Kills will have one of the longest accompanying VR experiences ever brought to market, delivering over an hour of cinematic VR content. Produced by TopDogVR and Richard Del Castro, Guy Griffithe and Travis Cloyd, it will be cut into eight parts and delivered to VR platforms in episodic format as a free downloadable app in late 2017. 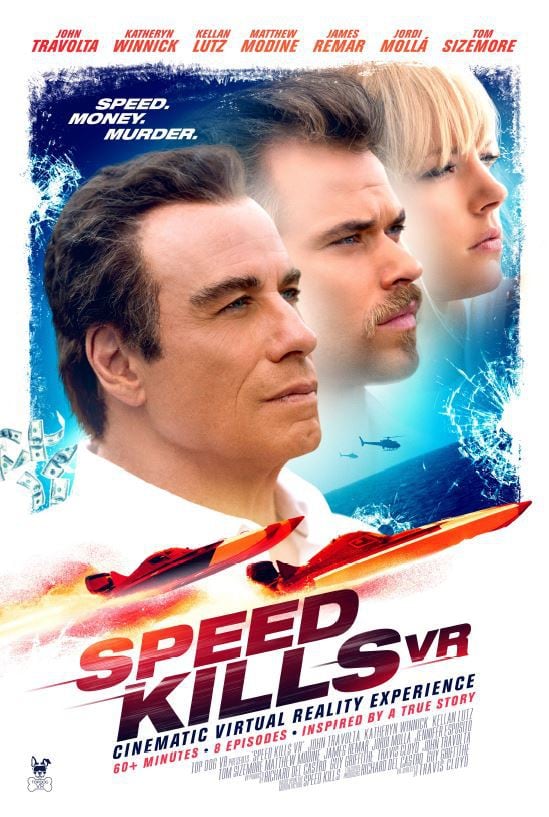 Based on the book by Arthur J. Harris Speed Kills is inspired by the life of a speedboat racing champion who also created some of the most enduring boat brands in the industry, including Donzi Marine, Blue Thunder, and the legendary Cigarette. It’s currently in post production and will premiere Spring 2018. 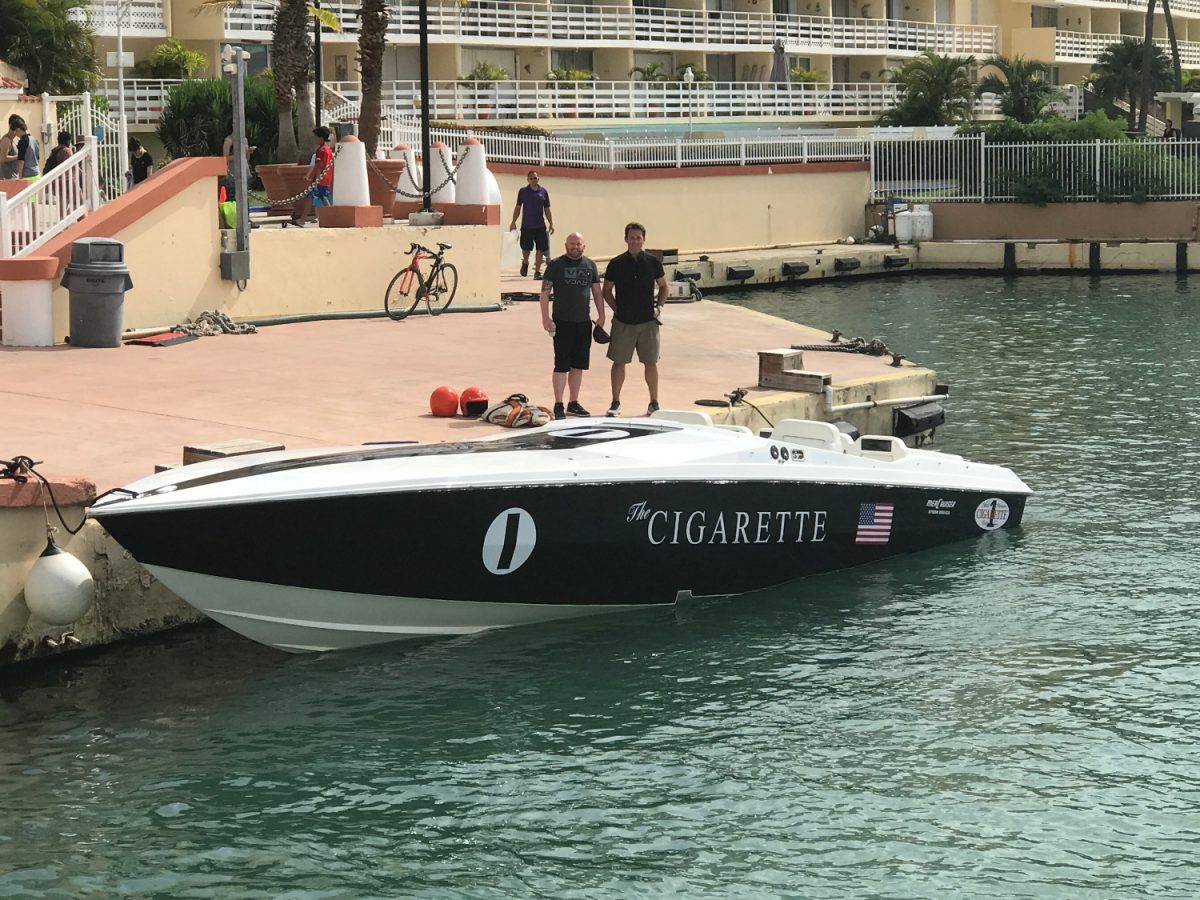 “How often can you stand next to a legend going 60 mph in a speedboat? Thanks to VR, this is finally a possibility, and we are excited to be crafting compelling, action-packed content for this medium.

Lutz, who plays Robbie Reemer, a speedboat racing, drug-running kingpin, described the filming process as “remarkable.” In one scene, you watch Lutz sling drug deals out at sea and get chased by the DEA while trying to offload his haul. With the use of VR drones and VR cameras strapped to speed boats racing on the open water.

Cinematographer Andrzej Sekula, who was the DP in Pulp Fiction, says he found building and plotting out the camera direction for a full 360 stage very interesting:

“This was my first time working with virtual reality and I can see why this will be a key part of the future of film,” He says, “I was fascinated by the cameras and shots. My career is built on building a shot and framing it, but they’ve taken that out the window. William Shakespeare once said, ‘Pleasure and action make the hours seem short,’ and it was truly a pleasure discussing and plotting shots with the VR team.” 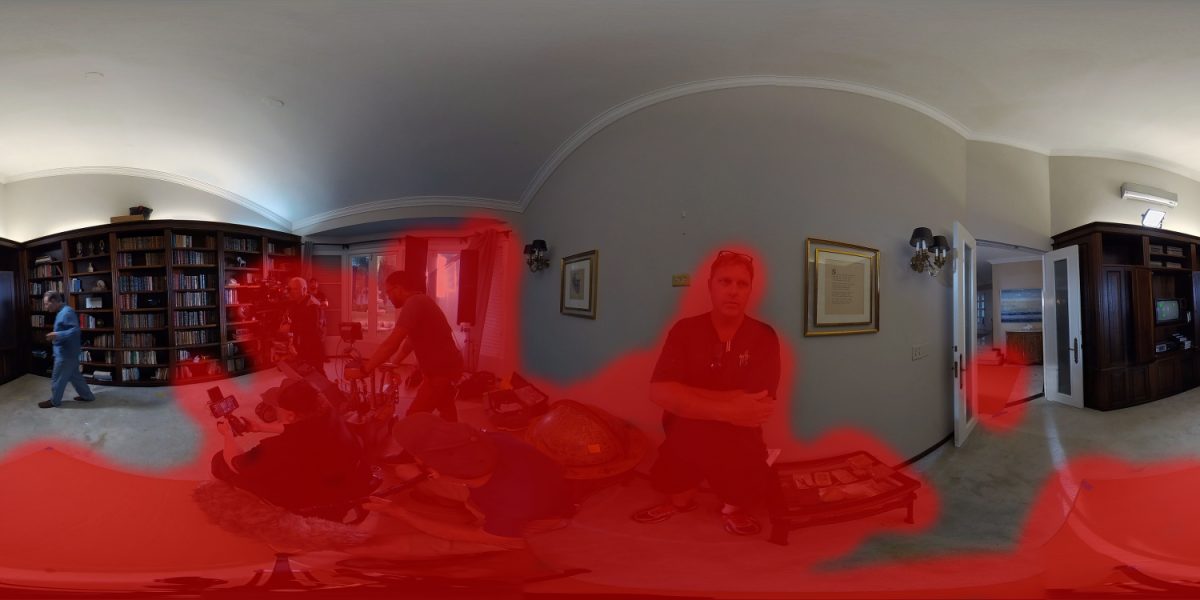 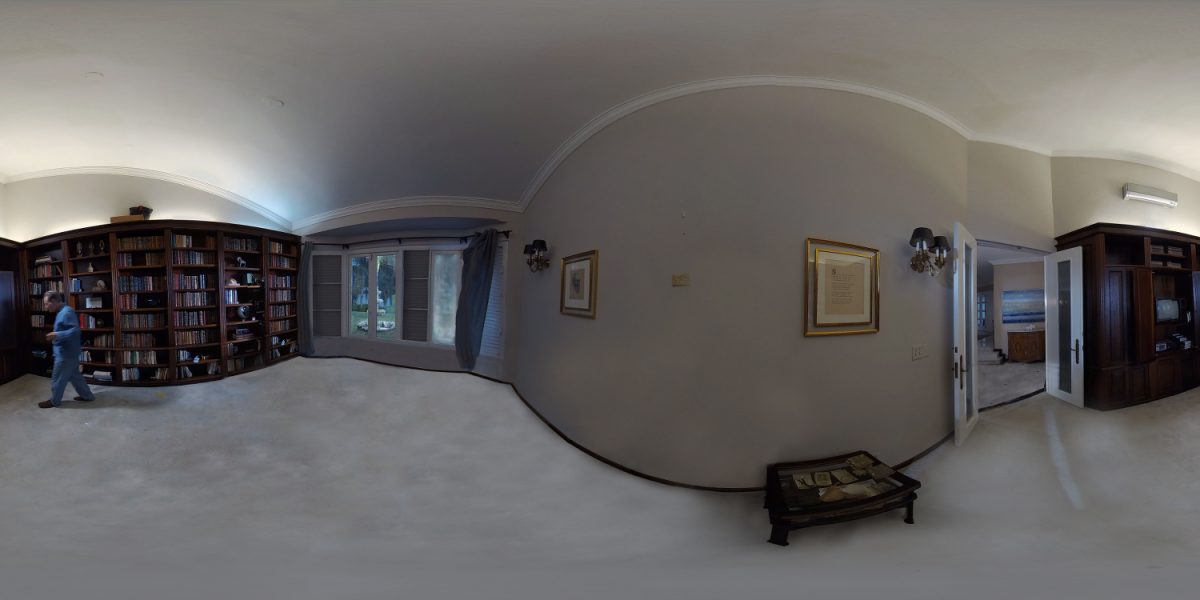 “We put together our own layout and script based on the feature film production,” explains Cloyd. “After reviewing the film’s script, we picked certain scenes we felt would lend themselves best to showcasing the story in 360. Sometimes we filmed while the crew was filming, other times we had our own standalone setup. In post production, we masked the crews.” 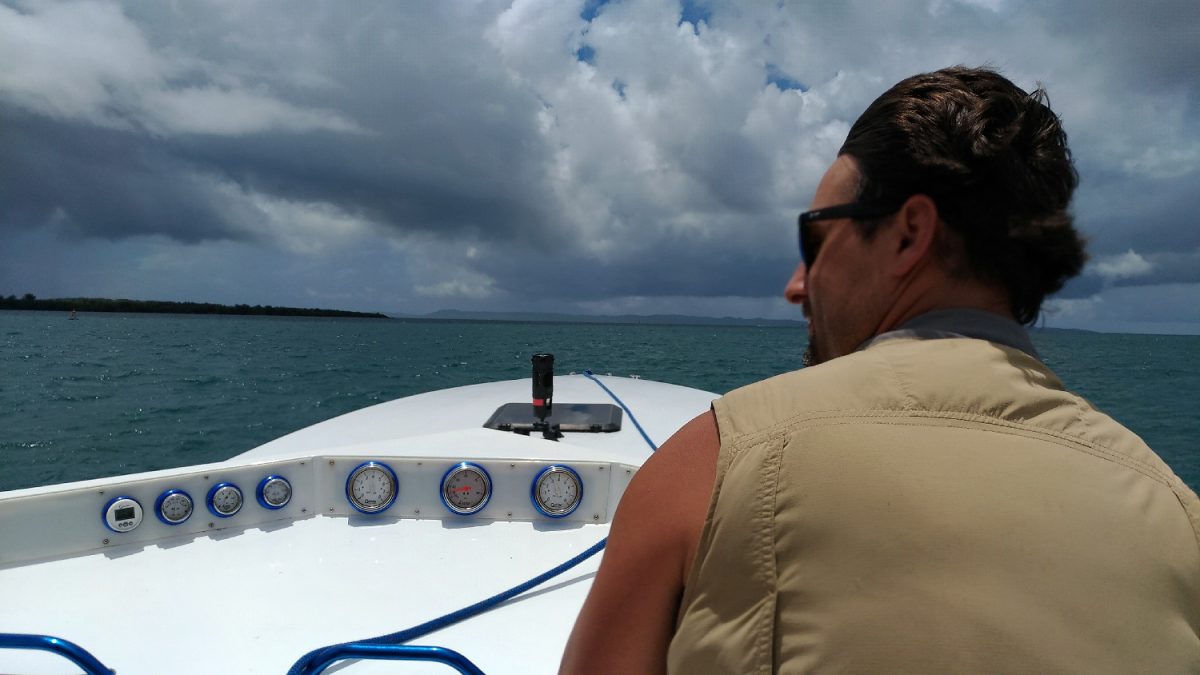 “People have no idea how hard it is to cut out crews and everything behind the frame of a standard 2D shot when your shooting 360 alongside a major production. There was a massive amount of clean-up issues when shooting within the standard production. Every single episode we created had countless crew removal and VFX work. Not to mention all the audio passes and color correction work that goes into 360. When we look into our head set display our POV is roughly 40-60 degrees of the entire 360 degree shot. So much of the overall spectrum has to go through this very long and intensive post process. 60+ minutes of VR is a lot of content. You will see an amazing experience with a combination of natural 360 shots and others where we had to repaint the entire backgrounds anywhere the rest of the crew was standing. It’s a ton of work, but in the final product you won’t know the difference”

Cloyd believes that shooting VR during the course of feature film production will eventually become the norm, but currently there are still major challenges to overcome and it is not the main priority, as it can’t be allowed to affect the bottom dollar or production schedule.

“To minimize interference with the production workflow, we worked around them and did not delay or affect their schedule in any way. We have to have a lot of production etiquette and can never allow the blame of missing feature shots to fall into the lap of the VR team. When I direct VR I’m not necessarily directing actors, but I’m also directing our crews and solving these issues on the fly. We need to stay on our toes and watch the A cam and B cam monitors to know where we can fit in and how close we can get to the actors without being in main production shots. These are spontaneous decisions and require us to block with production and have an open dialogue with the feature director, cinematographers and camera operators. In many cases we are the ultimate C cam team. Except maybe we have C cam, D cam and E cam’s out there. When the system is done right it’s very rewarding and the content is amazing.”

Ultimately, Cloyd concludes, working around the 360 spectrum is an incredibly complex dialogue with lots of moving parts, and the secret is to make all that work without anybody knowing they are there. “Like VR ghosts.”