And technology can make it so. OK, I’m paraphrasing Isaac Asimov a bit here, but the key idea is that we should enjoy learning, and want to carry on doing it for as long as we’re able to.

His vision was for a world where knowledge was widely available and so people could personalise their own learning paths, and educate themselves on all the things they were interested in.

In this article I reflect on some of the ideas that came up in a recent EdTech panel I attended which was hosted by Dell. The principles that emerged – such as empowering students in order to up their engagement with the learning process – chime very much with Mr Asimov’s futurist insights. 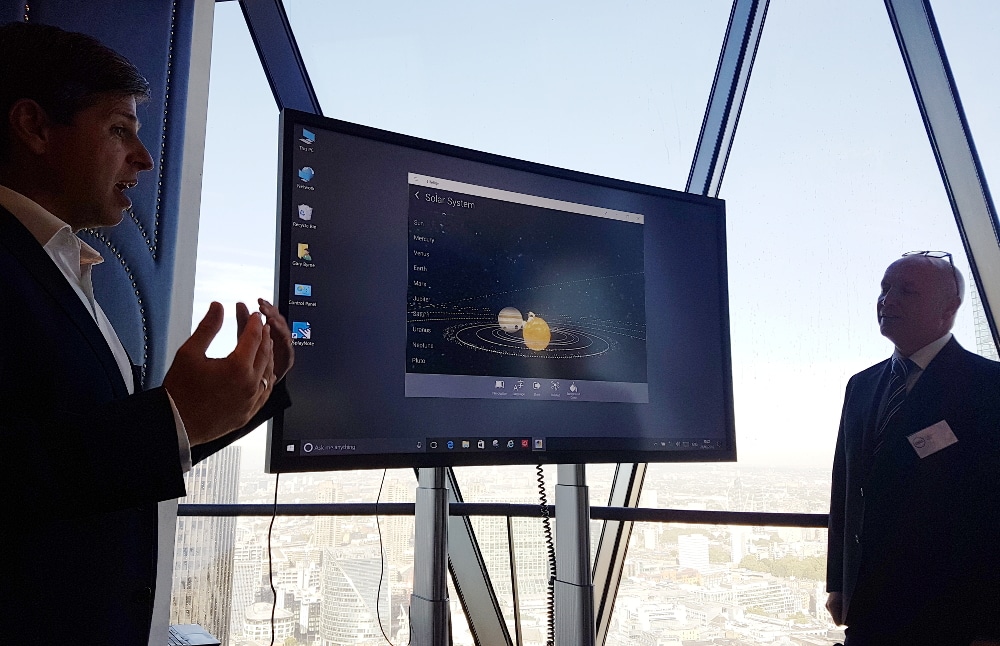 Technology is enabling the creation of open learning environments that will eventually replace the idea of a traditional classroom, and this will be significantly enhanced as virtual and augmented reality become more pervasive. Educators are largely embracing these changes, which bring higher levels of engagement and richer learning experiences to students. Learning — including vital digital skills such as coding — should be regarded as an enjoyable pursuit that is expected to continue throughout adult life, not as something we’re “finished with” as soon as we leave school.

The flipside of having intuitive technologies and invisible digital infrastructure is that the next generation might be proficient in using it, yet lack the digital skills required to make it Click To Tweet

Those were some of the key takeaways from a recent Technology in Education round table hosted by Dell at the iconic Gherkin building in London. The event brought together technology and education experts and was moderated by Matt Britland, ICT Director at Lady Eleanor Holles School, who led the discussion around how we can best incorporate existing and emerging technologies into the curriculum, supporting teachers and preparing students for a world where having a dynamic digital skill set will become even more essential.

“It’s not just about using technology, but understanding the reason why you’re using a particular technology. Once you get buy-in from parents and teachers as well as students, that’s when you have a successful integration of technology in the learning process,” says Britland drawing from his own personal experience of rethinking the systems in his school to ensure they could cope with being “bombarded” with over 4000 devices connected to the network, for example.

It all boils down to building engagement, and in practice this translates into blurring the boundaries between work and play Click To Tweet

“This type of digital infrastructure needs to be robust, scalable, flexible, and, above all, invisible,” says John Bailey, an education expert from Dell. “You don’t think about the fact you have running water, electricity or heating. It’s ubiquitous, a part of life. In the same way, we shouldn’t’ need to think about the infrastructure we use to access digital resources.”

Universally implementing such infrastructure is, of course, an enormous challenge, as not all schools have the internal expertise and resources to devise and deploy a comprehensive digital strategy. So there is a role for commercial partners in supporting this transition, but also a need for governments to prioritize and enable investment in this area at a broader policy level, so that we don’t end up creating a two-tier system where some schools can afford to become much more digitally advanced than others. 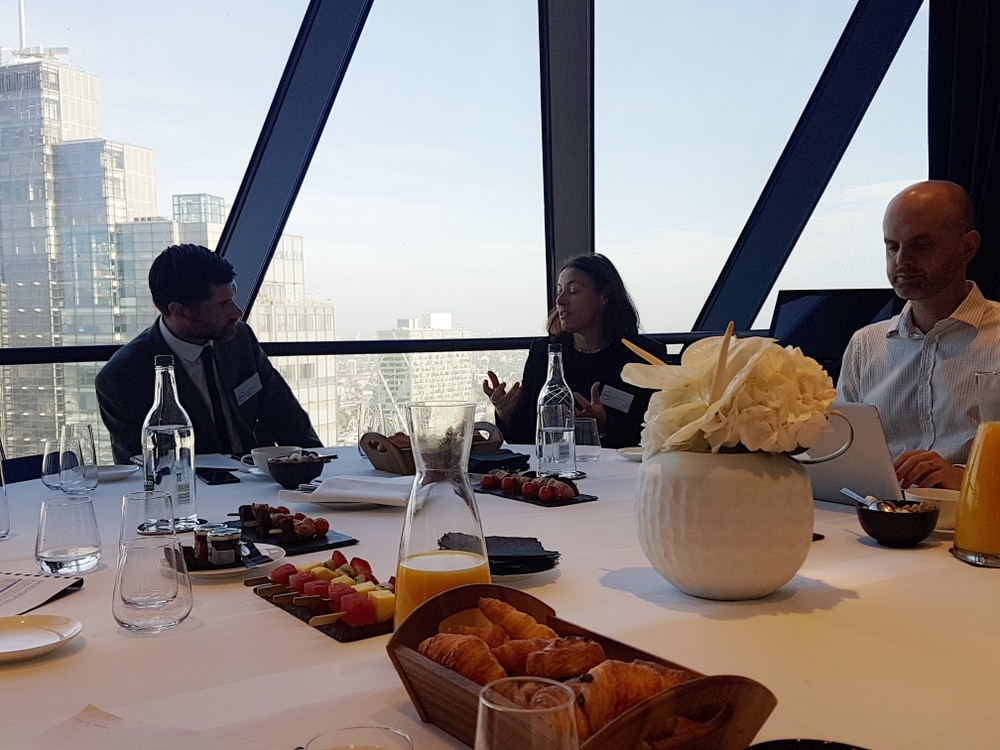 The flipside of having intuitive technologies and invisible digital infrastructure is that the next generation might be proficient in using technology, yet lack the core digital skills required to understand what makes that technology work.

“We’re teaching HTML and Python and a website called Code Adventures where they earn points, badges, etc.” says Britland. “In parents’ evenings they want to know what technology the students are using, they want to know that their daughter is coding.”

There are also many successful start-ups coming up with creative hackable toys that teach children principles of electronics, robotics and coding through play and gaming such as Kitronik, Sphero, Raspberry Pi, Technology Will Save Us and many others. And the advent of Virtual Reality will only bring with it more opportunities for teachers and students to experience technology in new ways, and to “get their hands dirty,” so to speak.

Instructional Technology Coordinator and founder of edcamp Global. “And I love that.” However, once you have a class set of cardboards in the classroom, there is a lot more that can be done with that: “The next step, of course, is our kids being the creators of those experiences”

Tools like CoSpaces promise to make that process of generating content in Virtual Reality easy by offering a 3D visualization tool that allows users to select environments from a library, adding and adjusting various elements to create a personalized experience. 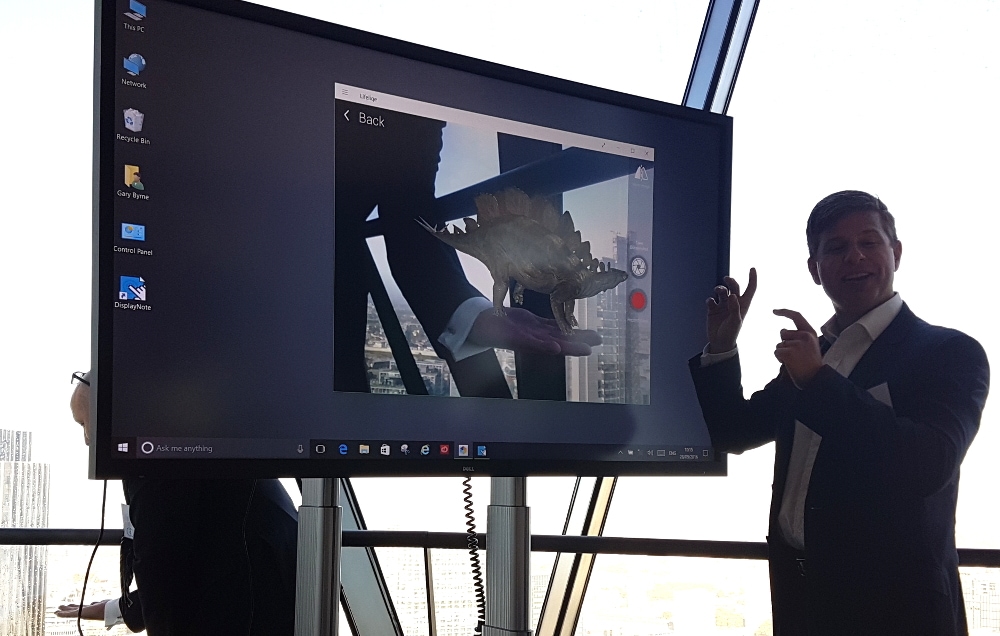 Once you get buy-in from parents and teachers and students, you have a successful integration of technology in the learning process Click To Tweet

It all boils down to building engagement, and in practice this translates into blurring the boundaries between work and play, making full use of tolls such as gamification so that students are constantly empowered to take responsibility and pride in their own learning, and to see it as a continuous process that doesn’t necessarily begin or end at the school gates. As David Whelan recently said when unveiling his Engage VR Education platform, we are much more likely to retain information if we create an emotional connection with that learning experience.

“That’s sometimes a difficult shift for schools to make, because we’re used to looking at things a certain way,” says Matt Britland, “but we want to instill a passion for learning in our students, and that doesn’t just come from learning what we tell them to learn, it’s about them going out and exploring, finding out things for themselves.”

This is, in fact, the direction that futurist Isaac Asimov predicted we would take. I find it fascinating to listen to old interviews — dating from a time way before the internet, when the idea of having a computer in one’s home seemed as outlandish as the plot of one his science fiction books — as he accurately predicts trends such as personalized learning, and how the symbiosis between technology and education will develop and democratize learning for the masses.

We should enjoy learning, and want to carry on doing it for as long as we're able to Click To Tweet

“Nowadays what people call learning is forced on you and everyone is forced to learn the same thing on the same day at the same speed, in class. For some it goes too fast, for some too slow, for some in the wrong direction. It seems to me that it’s through this machine that for the first time we’ll be able to have a 1:1 relationship between information source and information consumer.”

In the old days, he explains to his bewildered interviewer, you had tutors teaching children, and they would adapt their teaching to the tastes and abilities of each student. Few could afford this, however, so most children remained uneducated. When educating the masses later became a recognized necessity, the only way this could be achieved was through having one teacher for many students, and a curriculum to organize their learning. So you ended up with either a one-to-one relationship for the few, or a one-to-many relationship for the many. Through technology, however, we can finally enable a one-to-one relationship in the form of access to the gathered knowledge of the human species. And this, he emphasized, would not just benefit the young.

I find that his outlook chimed with that of the panel, where the picture that emerges for the future of education is one where technology enables learning for everyone, regardless of their age, wealth, location, gender, race or any other factor. And one where everyone has quite a bit of fun in the process.

This article was originally published on IDG Connect