SpaceVR will use Virtual Space Tourism to connect us to our planet and to each other, expanding the limits of human consciousness.

As far as elevator pitches go, that’s not a bad start, but as I talked to Ryan Holmes about plans for his company’s upcoming launch later this year, things got even curiouser.

From out there on the Moon, international politics look so petty. You want to grab a politician by the scruff of the neck and drag him a quarter of a million miles out and say, ‘Look at that, you son of a bitch.' - Edgar Mitchel Click To Tweet

Located in the heart of San Francisco’s emerging nano-satellite industry, SpaceVR developed the world’s first virtual reality camera satellite, betting on creating a market for cinematic, live, virtual space tourism. When I met him at the Pioneers tech conference in Vienna, Austria, in May, Holmes was rocking the quasi-guru look – dressed in loose-fitting robes adorned with large fresh red roses – and he talked passionately about using virtual reality to expand people’s consciousness.

“SpaceVR aims to give everyone the opportunity to experience the truly infinite, boundless Universe through virtual reality,” he explained in quietly earnest tones, which were somewhat disconcerting to a cynical old tech journalist.

His inspiration, he told me, was a well-documented phenomenon called the Overview Effect, which is that first moment an astronaut realizes their place in an infinite universe, something they only achieve through direct observation. This in turn leads to reprioritization of protecting the earth and working together on a global scale.

It’s what prompted Neil Armstrong to say space travel made him feel “very, very small,” and is best summed up by a colorful quote from Apollo 14 astronaut Edgar Mitchel, who in a 1984 interview for People Magazine said: “From out there on the Moon, international politics look so petty. You want to grab a politician by the scruff of the neck and drag him a quarter of a million miles out and say, ‘Look at that, you son of a bitch.’”

SpaceVR initially launched as a Kickstarter in 2015 with a plan to send a 12-camera rig to the ISS that would be capable of shooting 3D, 360-degree footage. It felt well short of its ambitious $500,000 goal, although a subsequent scaled-back campaign managed to raise $100,000. It was a $1.25 million investment from China’s Shanda Group, however, that turned the project from a pipe dream to what now looks more of a viable proposition.

Although Holmes wistfully admits that some of it was spent on what he describes as “his stupid mistakes,” there was enough left of their seed round investment to develop onboard software for the satellite, begin development of its content delivery and distribution channels, and invest in a worldwide satellite dish ground station communication network.

SpaceVR promises not only a whole different take on stargazing, but a truly transformative, almost spiritual experience Click To Tweet

This all promises not only a whole different take on stargazing, but a truly transformative, almost spiritual experience, and this most Silicon Valley of startups is now gearing up to its first pilot at –where else? – Burning Man.

The experience will last 11 minutes and 11 seconds, and will be housed on the 11th floor of the Tree of Life art installation, currently being crowdfunded on Indiegogo.

The idea, as far as I could tell, involves people experiencing the VR footage from space while literally being immersed in flotation tanks to simulate the zero gravity feeling of actually being in orbit. They even refer to these units as “Galactic Spaceships” to be housed within Galactic Temples which Holmes plans to eventually place in all 197 countries of the world.

“People will enter the Galactic Spaceship and lay on a specially designed sound bed (8 speakers) where sound will play through their body as they experience a transcendent CGI based VR Overview Effect experience. The Tree and Galactic Spaceship are both built to house ambisonic sound experiences where one is completely surrounded by 3D audio,” explains Holmes.

It’s the sort of plot that would not be out of place in HBO’s Silicon Valley spoof, and it’s precisely the reason why so many of my colleagues in the tech industry can’t bear to watch the show. It’s just too close to home.

But while doubters may roll their eyes and dismiss the idea, there is compelling evidence and research suggesting that VR experiences can be extremely effective in engendering greater empathy towards our fellow humans and the environment. Jeremy Bailenson, a professor at Stanford University’s Virtual Human Interaction Lab has run many experiences which demonstrate that even short experiences in relatively low resolution headsets can produce a change in behavior and predisposition in people who take part, so it is not that much of a stretch to say that people might get hooked onto these meditative experiences and end up caring a lot more about the planet in the process. Neither would be a bad thing, so could warrant a pass on the new-age stuff.

In 2016 SpaceVR partnered with NanoRacks LLC – a company that runs the commercial laboratory aboard the international space station and has experience launching hundreds of payloads into space, counting the European, German and US space agencies – to overcome the remaining logistical hurdles and deploy the satellite. 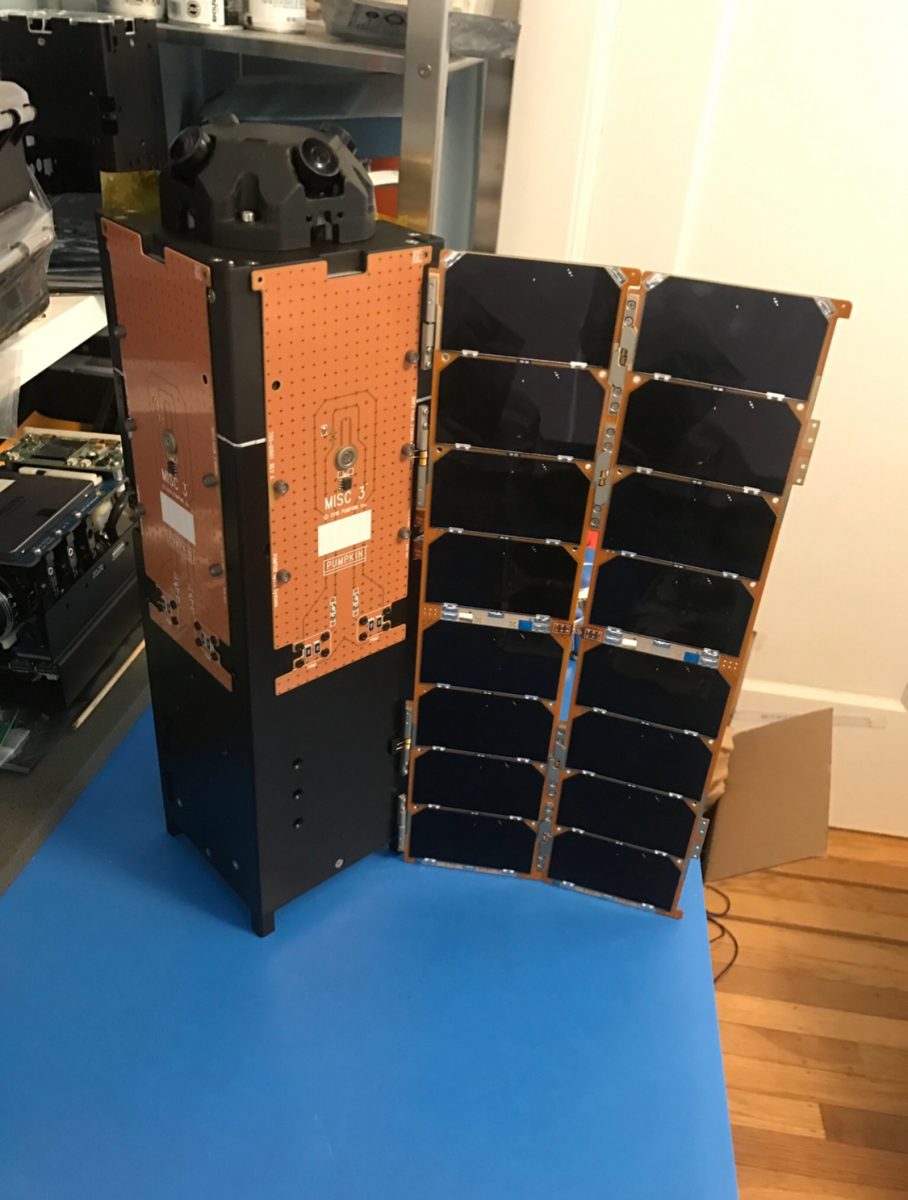 The satellite – aptly called the Overview — was due to launch inside one of SpaceX’s Dragon cargo capsule, but was postponed due to some parts not being delivered to spec. SpaceVR is now working with their partners to rectify this and are a planning the launch for November 2018. Yet although the delay of the satellite launch means that the live SpaceVR images won’t be available to the Burning Man crowd, Holmes assures me the experience will be very similar.

When it does go into orbit, the Overview satellite will use 4K sensors to capture high resolution 360-degree video of earth from space and the content will be viewable on any virtual reality device, ranging from smartphones to Oculus Rift to extreme resolution devices such as the StarVR.

The video below demonstrates the quality at which the satellite will be able to eventually record the images from space:

The company will take the footage from the cameras and stitch it all into a 360-degree sphere — with live-streaming being the ultimate goal. The idea is to sell subscriptions to that footage, which will “immerse someone in space as if they were floating outside,” according to Holmes.

Maybe this really could be the first step towards the building of a higher collective consciousness that will set humanity on the right path and save the planet from our endemic destructiveness. Or perhaps it will just make for really immersive, high-quality content that will be awe-inspiring and — dare I say it — fun.

When it goes into orbit, the Overview satellite will use 4K sensors to capture high resolution 360-degree video of earth from space and the content will be viewable on any virtual reality device Click To Tweet

Either way, it seems worth booking a ticket for Burning Man, because as many in the virtual reality space are fond of saying, talking about VR is like dancing about architecture. You really do have to experience these things before judging their full impact.

But if it proves to be half as compelling as Holmes believes, SpaceVR might just have a viable business on their hands. Stranger things have happened.

This article was originally published on Forbes

The Startup That Wants to Use Virtual Reality To Make The World A Better Place (From Space)https://t.co/hV4Bnt7zdj