A new documentary explores how embodying digital characters in virtual worlds like Second Life empowers people of all abilities to find their voice and identity.

In Our Digital Selves: My Avatar is me! filmmaker Bernhard Drax travels from Los Angeles to rural South England to tell the stories of 13 ability-diverse people ranging from 24 to 92 years of age who find solace and inspiration in the user-created Metaverse that exists in their computers.

Drax sends his documentarian avatar Draxtor Despres into the virtual universe of Second Life (SL) as well as next generation VR platforms like High Fidelity and Sansar to find out why a 40-something disabled Chicago native feels best represented by a colorful superhero gecko but Cody LaScala – confined to a wheelchair his entire life and interacts with VR via a trackball and his foot – makes his avatar an exact replica of his physical self and asserts that he doesn’t see himself as disabled, but rather as someone with “different abilities.”

“In Second Life you can choose to be a refrigerator if you want, and that has really momentous implications for embodiment,” explains researcher Tom Boellstorff, who together with his colleague Donna Davis conducted a 3-year study entitled “Virtual Worlds, Disability and New Cultures of the Embodied Self” with funding from the National Science Foundation.

This movie makes me want to be a better person, a more responsible human - Deanya Schempp Click To Tweet 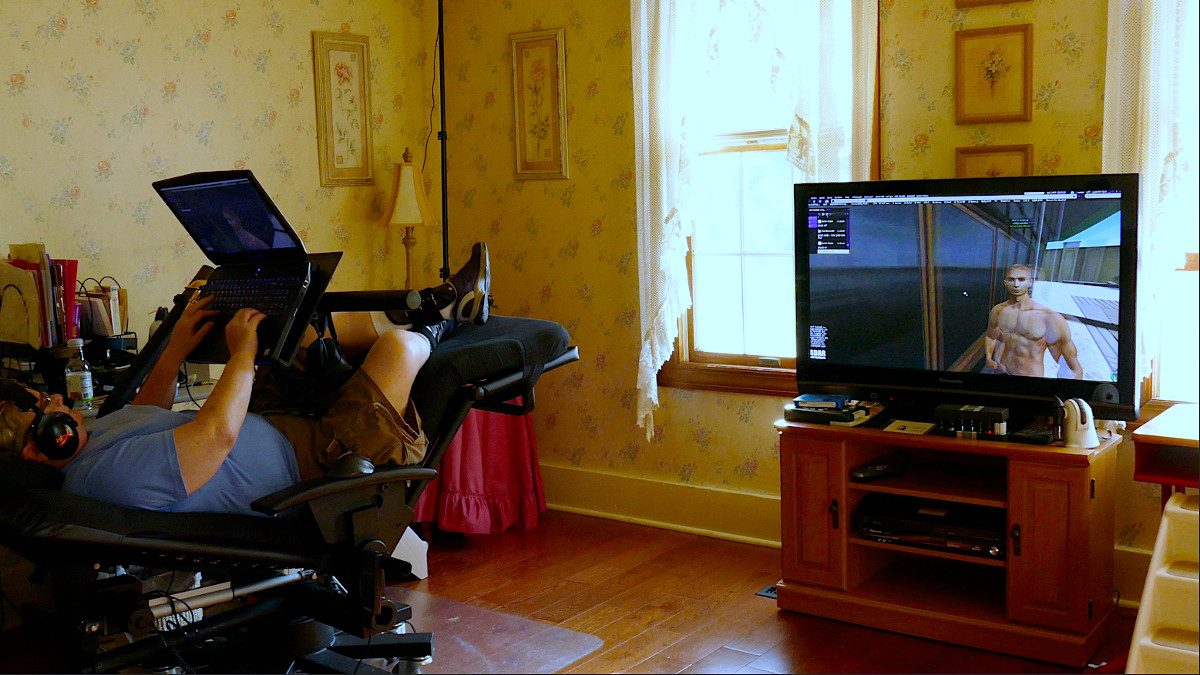 “This is not escapism, it’s augmentation,” says Boellstorff, whose research approaches the question from an anthropological perspective as a way to understand digital culture and how communities form and share information as social capital in the virtual world.

As Davis explains, virtual worlds like SL provide people with safe spaces where they can find and express their true selves: “People turn to Second Life to share very intimate conversations in a way they never would with a person in the physical world, because they feel they safely can.”

In Second Life you can choose to be a refrigerator if you want, and that has really momentous implications for embodiment Click To Tweet 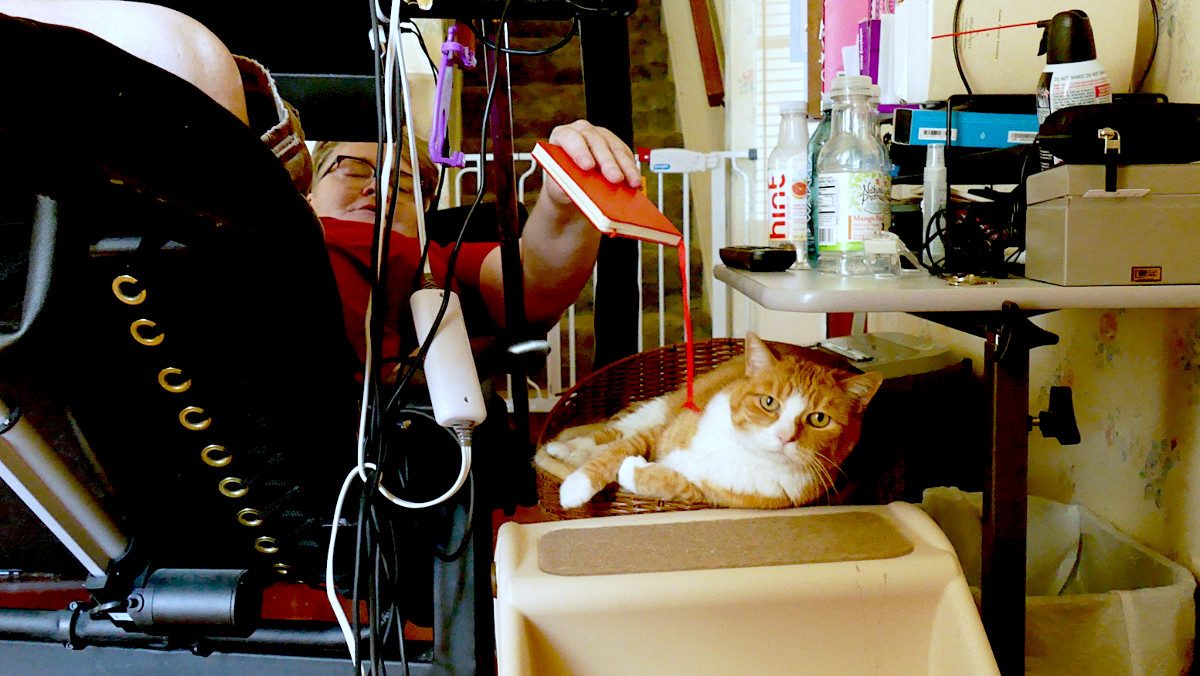 For those that speculate about the potential of social VR, it is interesting to note how inhabiting a virtual world allows these people to form and maintain meaningful relationships and connections with others, as SL user iSkye Silverweb recounts:

“I don’t think my partner and I ever would have met in the physical world, even if we were in the same city, and it is because I am deaf.  Communication IS an issue for me; I would always be concerned about it, with meeting anyone.”

It’s a raw and intensely emotional investigation into the power of living vicariously through an avatar, and how this – as one user puts it – “provides her with sustenance” and helps people to cope with all manner of both mental and physical disabilities.

As the recent death of Anthony Bourdain so painfully highlighted, mental health issues often amount to an “invisible disability,” yet in SL, Jadyn Firehawk explains how she could make her avatar visually represent her bipolar condition: “I made something in Second Life, I call it a ‘brain sling’.  When somebody wears a sling on their arm, nobody asks them to lift a heavy object.  A ‘brain sling’ or some equivalent of it, it IS a way of wearing a sign,” she says.

Interestingly, however, doing that seems to also have empowered Jadyn to find a new freedom of expression and achieve more within that virtual world. In SL, Jadyn is a Master Builder who has come to embrace a whole new set of abilities and creative skills which she actively shares within the community.

I don't think my partner and I ever would have met in the physical world, even if we were in the same city, and it is because I am deaf Click To Tweet

Deanya Schempp, who collaborated with Director Drax on the project, explains that she volunteered to do the closed captions for this movie pro bono, as she felt that the subject, the people, and the research deserved to be heard. What she didn’t realize, however, was the impact that project would have upon her personally:

This movie makes me want to be a better person, a more responsible human. As I listen and watch, I come to understand that it is not these folks who are disabled: The disabled ones are the ones who will not be able to look beyond the cartoon appearance of virtual worlds, or even of this movie, to listen and learn from other human beings whose daily lives are so much different from their own. The disabled ones are those who cannot see beyond appearances to respect the human there.

“Disabled people just don’t think about their disabilities on a daily basis–or at least not until some insensitive blockhead points at us and reminds us we’re supposed to be this thing called disabled,” agrees Second Lifer Daisy Gator. 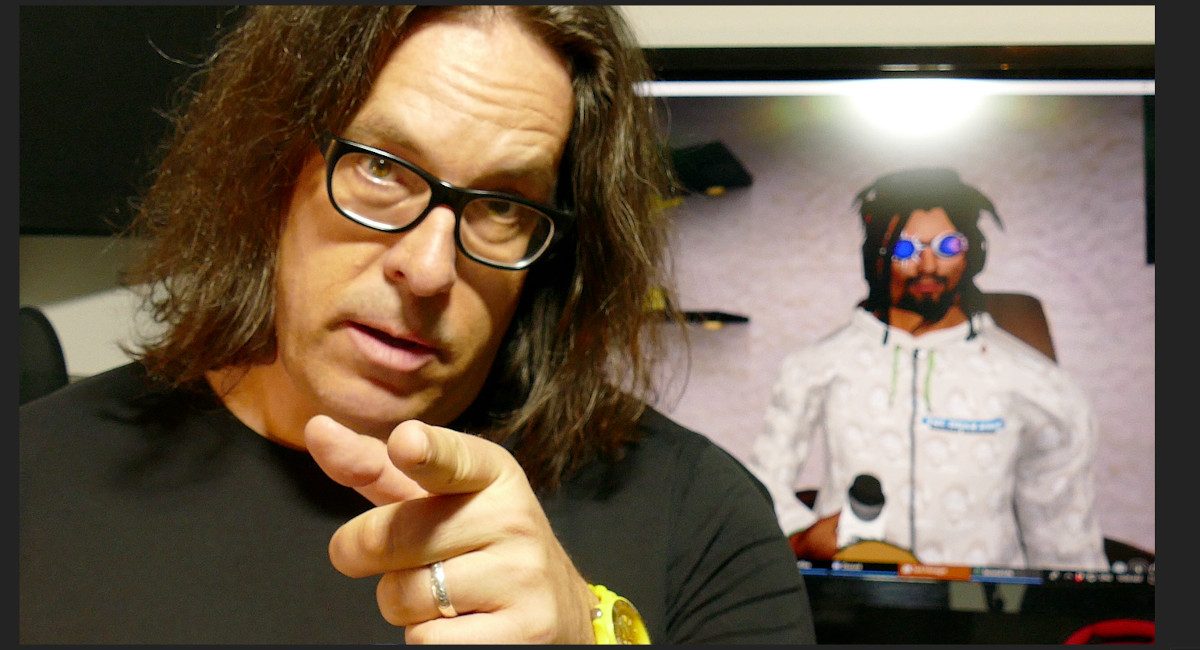 In Our Digital Selves: My Avatar is me! filmmaker Bernhard Drax tells the stories of 13 ability-diverse people ranging from 24 to 92 years of age who find solace and inspiration in the user-created Metaverse Click To Tweet

Over the course of the documentary, Drax and the various documentary protagonists also met (both virtually and physically) with technologists such as Philip Rosedale – Founder of Second Life who is now developing a new Virtual Worlds called High Fidelity – and Ebbe Altberg – Linden Lab’s current CEO – about how they intend to intend to design the future of social VR with disability in mind.

“We need to build highly extensible open-source systems that enable those who would provide varied forms of access and accessibility to the system to be at the table,” says Rosedale

By designing more inclusive technology, however, the industry will also be making those experiences better and more meaningful for everyone, as Boellstorff concludes:

“If there’s one thing you learn when looking at these things is that when you’re inclusive and accessible it benefits everyone, not just people with disabilities.”