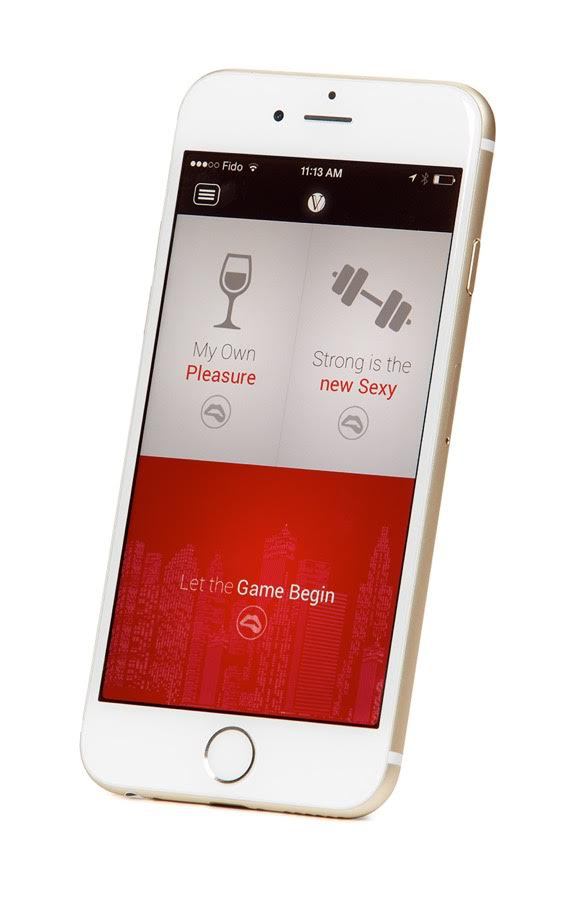 Then it effortlessly doubles up as a wearable Kegel exerciser that helps women locate their pelvic muscles, while pleasuring them at the same time.

I put it to Véronique Verreault – Miss On the Go (MOTG) Founder and CEO – that this seems like a classic case of having your cake and eating it too, and she laughs her agreement. “Why not?” she asks.

Verreault’s quest to create the ultimate sexual wellness wearable began while she was studying Management at University in 2014. She was looking for an outlet for her “entrepreneurial fire” as she puts it, and kept coming back to the idea of working with sex toys – which helped her get to know and feel happy with her body ever since she was a teenager. At first, however, the size of the industry and the taboo around it felt rather intimidating. In the end, though, her Eureka moment was inspired by the way she was able to do her favourite Kegel exercises discreetly, wherever she was.

“I had been regularly practicing those exercises, wearing my Ben Wa balls for many years, and absolutely loved it. I wore them when I went to work, while cleaning the house, you name it!” she recalls, saying she often tried to get her curious friends to try it out too.

“Don’t wait to have urinary incontinence, Darling! I was telling them about the benefits during sex, as you know… but not enough women do it. Then one day, I was sexting with my Kegel and I said that’s it. I thought ‘I need to create something.’”

That something turned out to be not only a sex toy and workout tool, but a connected app that made using the device a fun and social experience, turning your phone into a sort of sexual personal assistant. To do that, she had to not only secure investment and get her head around the complex logistics of running a tech start-up, but also overcome some considerable technical challenges.

“I wanted quality and we needed to start over and over to make sure it was meeting my expectations,” she recalls. “The Bluetooth antenna which hangs from the device needed a reliable connection, which is difficult when you throw things like water and metal into the mix. We needed to find a solution that was safe for the body and resistant enough for all the ladies out there to give it a proper workout.”

The main message she wants her product to convey is that confidence is incredibly sexy: “It’s not the short skirt or high heels that makes you sexy. It’s your attitude, your swag, you can have jogging pants and a pony tail and rock this grocery shopping! It’s the same with sex. Trust yourself, respect your body but don’t be shy about using sex toys to explore what feels good and have a healthy sex life,” she advises.
The main message the product conveys to women is that confidence is incredibly sexy Click To Tweet

It is appropriate, therefore, that the workout section in the MOTG app is called “Strong is the New Sexy”. This guides women through their Kegel workouts, with 10 cycles of 10 seconds each (5 seconds contraction with medium vibration, 5 seconds releasing contraction). Consistency is key, as the aim is to make women feel comfortable with the exercise, and contract without even noticing. 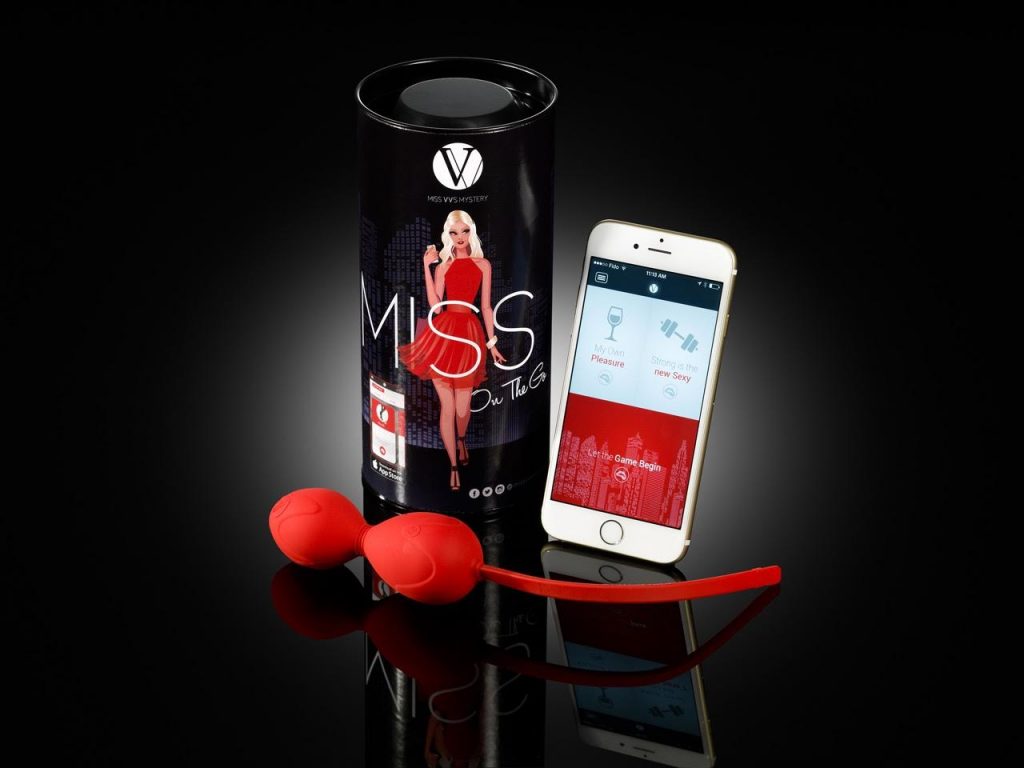 Once you invite a partner to play and they accept, you can exchange pictures and texts while they control the vibration on the device Click To Tweet

After downloading the app, users create a free account by choosing a username and password; connecting the device is a matter of turning it on and enabling Bluetooth on your phone to pair them, just as you would with a fitness band or pair of wireless headphones. The first time you use the app with the device you will also need to go into the settings to connect them, but overall it’s a very intuitive UI which makes the process straightforward.

In addition to the workouts, the app can also be used purely for fun, letting you either control it yourself by with the “My Own Pleasure” option, or handing over that control to other users, wherever they are in the world.

The woman has full control over the experience at all times, as she sends out an invitation either to a specific person with the “I know who I want” option–this could be an existing partner who is traveling, for example —or to a complete stranger with the “mystery game.” The latter allows you to connect with other users based on Tinder-like criteria such as location, age, and preferences.

The fact that your profile remains anonymous not only encourages people–especially women–to experiment more. But it’s also a big turn-on that their research uncovered, which places “stranger fantasy” as one of the top three the most popular amongst women (together with threesomes and lesbian sex).

Once you invite a partner to play and they accept, you can exchange pictures and texts while they control the vibration on the device. The whole experience is rated through a “pleasure bar” which indicates how satisfied the woman is by the interaction. So even though there is no physical stimulation in the bargain for, say, a distance boyfriend, that gamification can lead to some healthy competitive motivation.

Once you invite a partner to play and they accept, you can exchange pictures and texts while they control the vibration on the device. The whole experience is rated through a “pleasure bar” that indicates how satisfied the woman is by the interaction. So even though there is no physical stimulation in the bargain for, say, a long-distance boyfriend, that gamification can lead to some healthy competitive motivation.

Verreault clearly embodies the whole sex-positive mentality, and is rightfully proud of what she’s achieved in the past three years. With no previous experience in tech, she managed not only to design and ship the MOTG device from scratch, but also develop the accompanying app and social platform, churning out some happy customers in the process.

She’s not resting on her laurels though. While the first version of the app is “fun,” she’s busy recruiting people to help her fulfill a list of improvements, “as long as Santa’s,” based on the extensive feedback from customers so far. And if her determination is anything to go by, it would seem–if you’ll excuse the pun–that the best is indeed yet to come.

This article originally appeared on Future of Sex